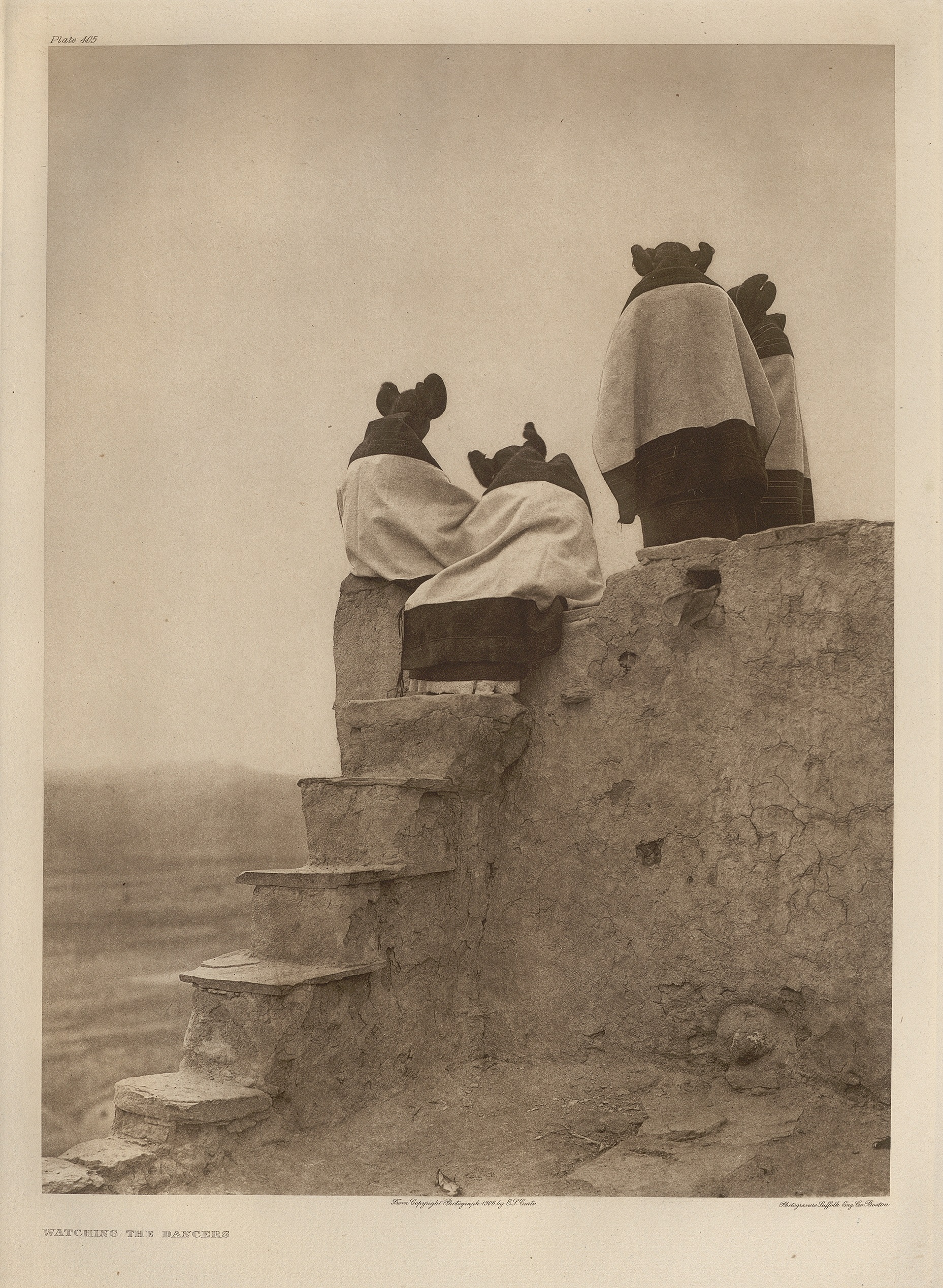 A group of girls on the topmost roof of Walpi, looking down into the plaza.

…Females part their hair in the middle from the forehead to the nape of the neck.  Unmarried girls arrange it in a large whorl above each ear, a very distinctive style symbolic of the squash-blossom. …The picturesque whorl fashion is so fast disappearing, at least at Walpi, that in three months’ observation in the winter of 1911-1912 only one girl was seen with hair so dressed except on ceremonial occasions.  To arrange the whorls is too laborious a task for women with a school education.

…While the Antelopes sing and shake their rattles, the Snake men in trios begin an extremely thrilling dance around the plaza.  As each group arrives at the kísi, the dancer receives a snake, which he holds in his two hands and from time to time places about his neck or between his lips.  The “hugger” dances close behind him with his left arm about the dancer’s neck, and with his eagle-feather “whip” he constantly makes stroking motions over the reptile as if to pacify it…