Edward S. Curtis and The North American Indian, Spring-Summer 2018: On the Beach

On the Beach - Chinook 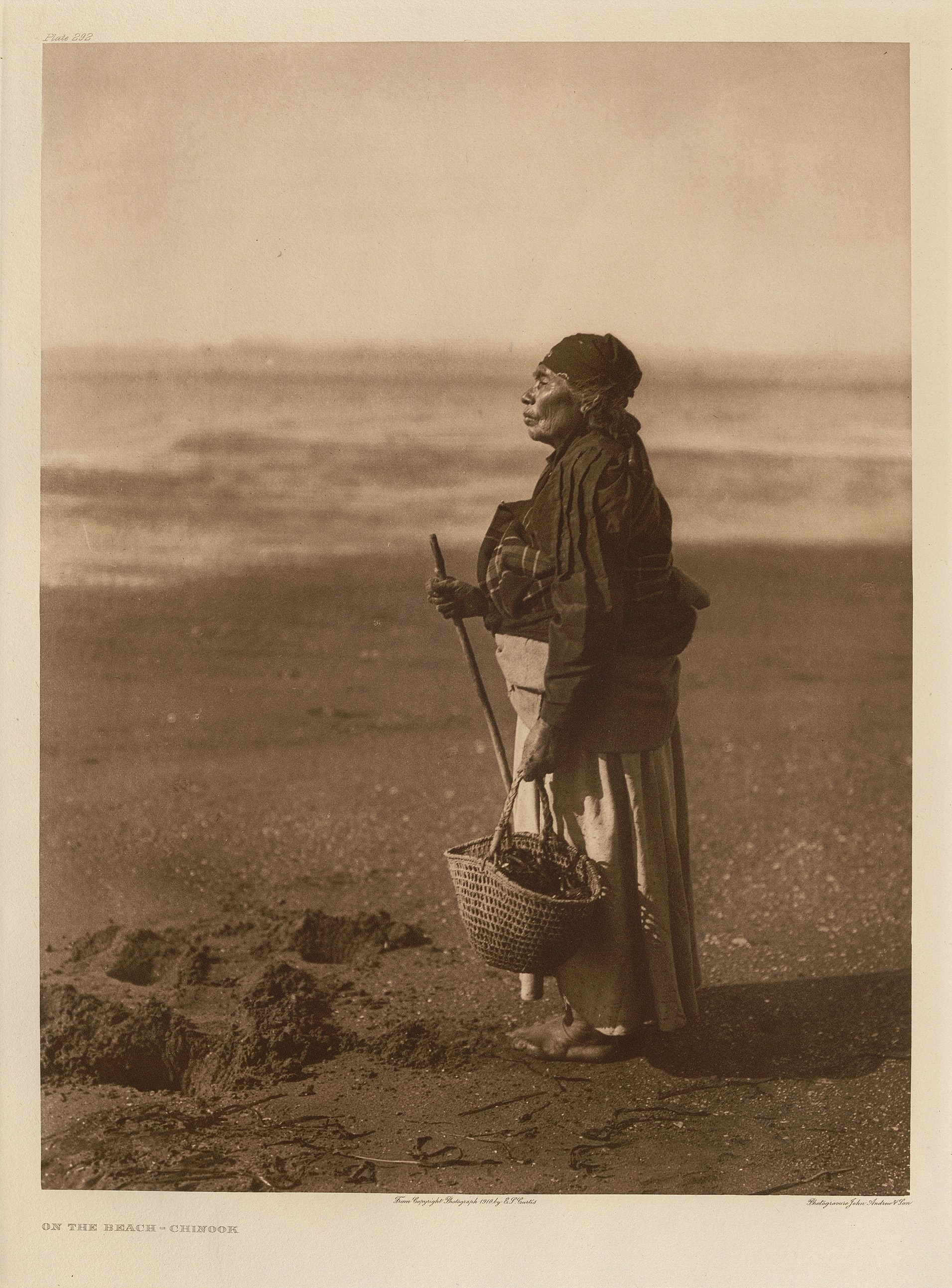 …A few of the Shoalwater Bay Indians now reside on a reservation less than half a square mile at Georgetown, Washington, while others are to be found on Chehalis reservation.  Here and there is a family still occupying one of the old village sites.  The total number of this group cannot be determined with accuracy, but it is almost negligible.

Unlike the Cowlitz and other river-dwelling tribes, these were essentially “salt-water Indians,” dwelling for the greater part in places adjacent to the extensive mud flats of the bay, with their inexhaustible beds of clams and oysters.  Salmon were obtained near the mouth of the streams, and berries in abundance were found near the settlements, so that inland journeys were unnecessary.  Few of the men hunted.  Most of them, in fact, would have easily lost their way in the woods.

An old Chinook woman with staff and clam basket makes her way slowly over the mud flats of the southern end of Shoalwater bay, in Washington.  Chíish, Burden-Basket, Catherine Hawks, is one of a very few survivors of the populous tribe that formerly occupied that part of the state of Washington lying between the middle of Shoalwater bay and the Columbia.