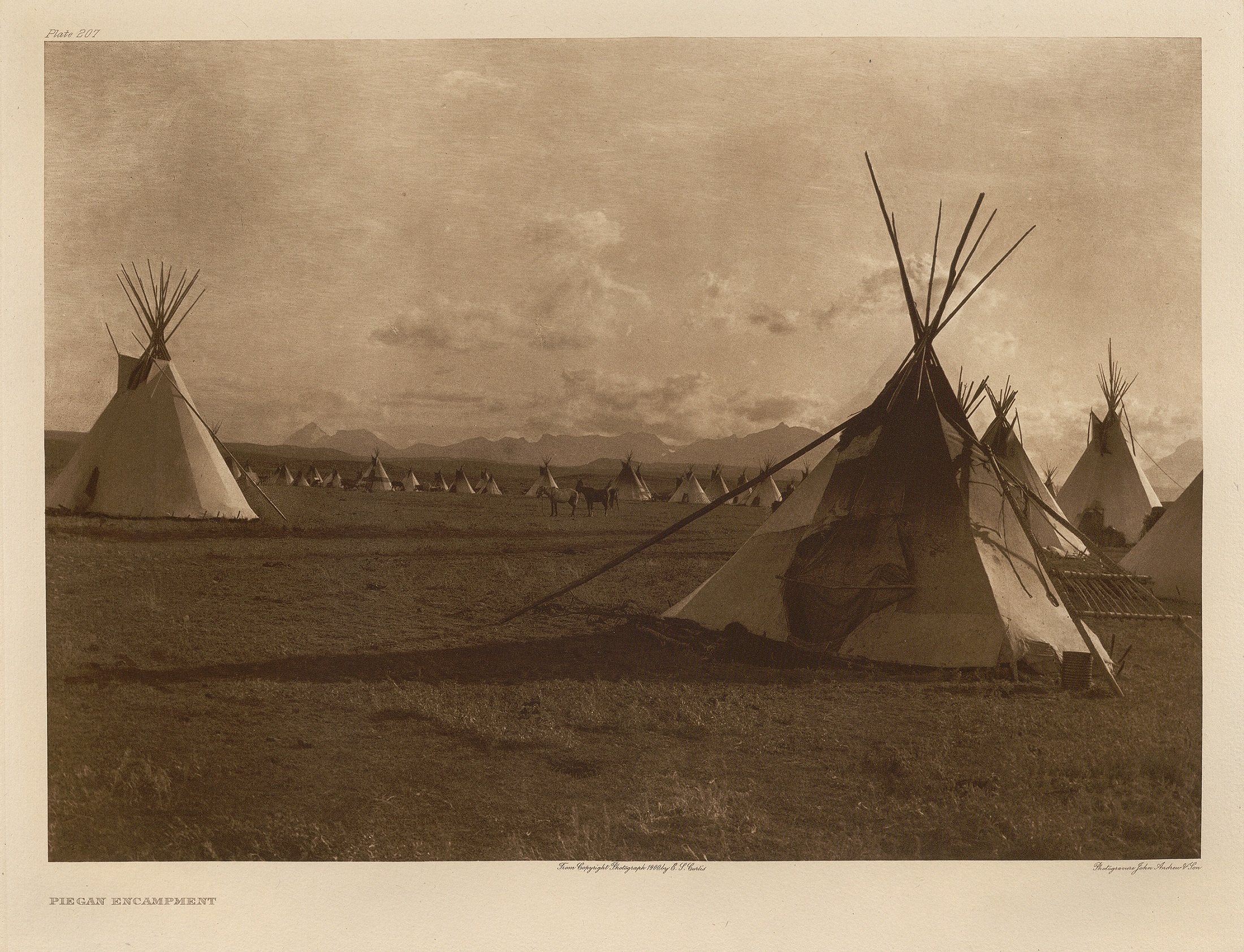 The picture not only presents a characteristic view of an Indian camp on an uneventful day, but also emphasizes the grand picturesqueness of the Piegan, living as they do almost under the shadow of the towering Rocky Mountains.

First Sighting of the Piegan

The author first saw the Piegan during the summer of 1898 at the season of their medicine-lodge ceremony.  They were in camp on a depressed stretch of prairie, entirely concealing them from the sight of any one approaching.  Suddenly one rode out in full view of their encampment and beheld a truly thrilling sight.  The camp was a combined one of the Piegan and many visitors from the Piegan of the north, the Bloods, and the Blackfeet, in all some two hundred and thirty lodges.  If this poor remnant of a once so powerful tribe proved such an inspiring sight, what must it have been at the height of their existence!  Red Plume describes the camp of his people when he was a youth as a circle a mile or more in diameter and in some places sixteen lodges deep.  To have seen such a vast camp would have been worth long privation and hardship.