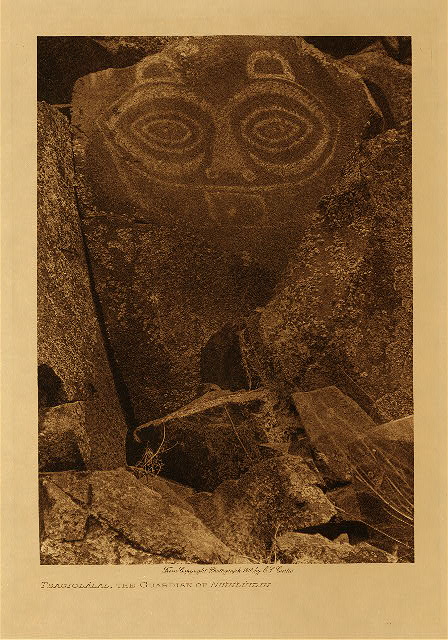 A woman had a house where the village of Nihhlúidih was later built.  She was a chief of all who lived in this region.  That was long ago, before Coyote came up the river and changed things, and people were not yet real people.  After a time Coyote in his travels came to this place and asked the inhabitants if they were living well or ill.  They sent him to their chief, who lived up in the rocks, where she could look down on the village and know all that was going on.  Coyote climbed up to her home and asked:  “What kind of living do you give these people?  Do you treat them well, or are you one of those evil women?”  “I am teaching them how to live well and to build good houses,” she said.  “Soon the world is going to change,” he told her, “and women will no longer be chiefs.  You will be stopped from being a chief.”  Then he changed her into a rock, with the command, “You shall stay here and watch over the people who will live at this place, which shall be called Nihhlúidih.”

All the people know that Tsagiglálal sees all things, for whenever they are looking up at her those large eyes are watching them.