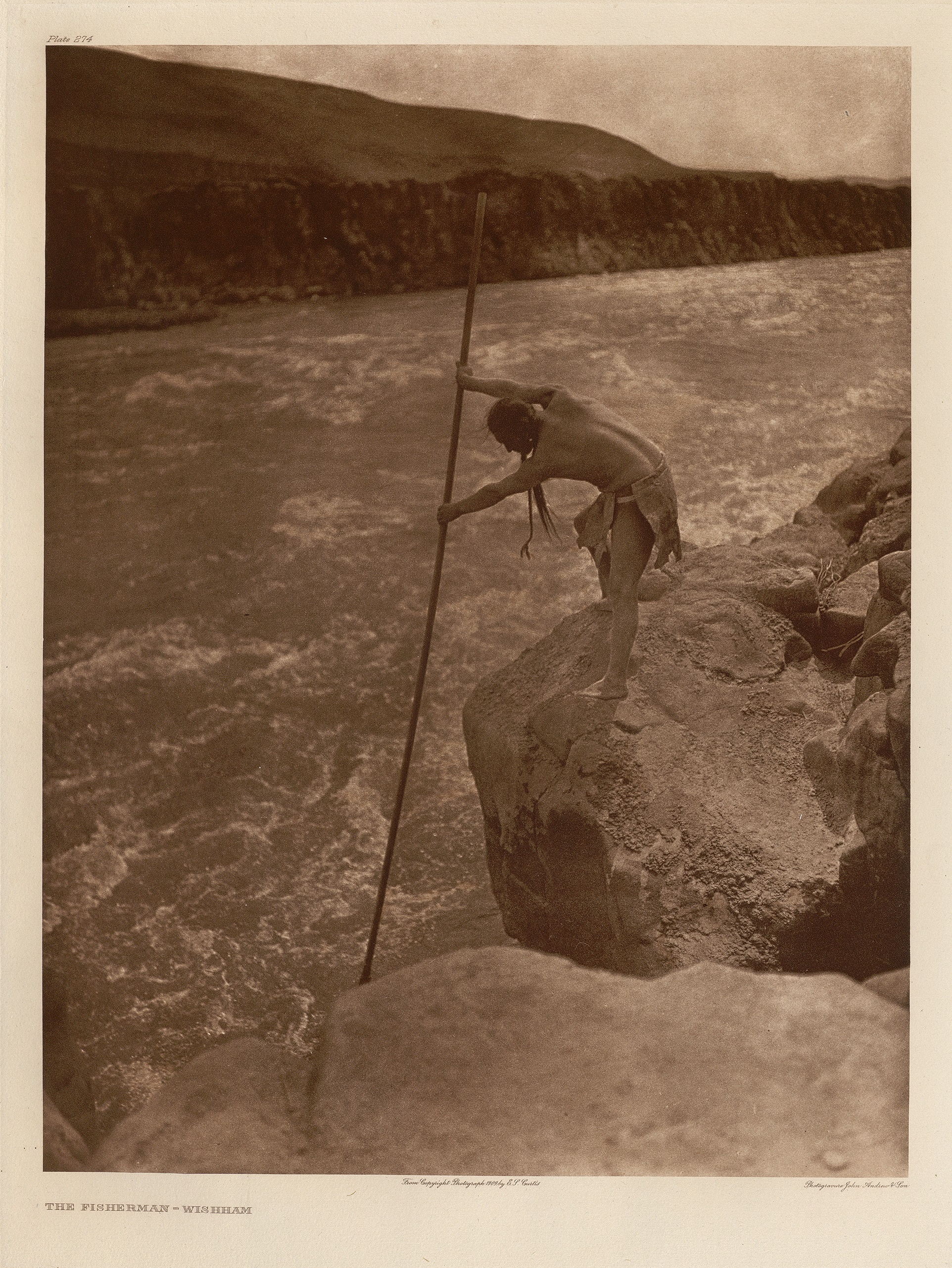 The Abruptness of the Shore

Among  the  middle  course  of  the  Columbia  at  places  where  the abruptness  of  the  shore  and  the  up-stream  set  of  an  eddy  make  such method possible, salmon were taken, and still are taken, by means of a long-hauled  dip-net.    At favorable  seasons  a  man  will,  in  a  few  hours, secure several hundred salmon -as many as the matrons and girls of his household can care for in a day.