Death of a Chief

After a [Haida] chief’s death, his heir invited the members of his phratry [a kinship group of the Raven or the Eagle] to the house, brought out all the dead man’s possessions, and allowed each person to select what he wished.  It was his duty to erect as soon as possible a mortuary column in honor of his predecessor.  This was either a large post twenty to thirty feet high, with a niche hollowed out in the top for the reception of the coffin, or a tapering pole with the niche in the bottom.  A short, broad board across the front at the top exhibited the engraved outlines of the dead man’s family crest, and the face of the post or pole usually carried other crests.  On account of the inevitable expense this event was usually postponed for several years.  When the time arrived, the phratry members returned property of much greater value than they had received from the dead man’s estate, and this accumulation, together with the heir’s property and whatever remained of his uncle’s possessions, was distributed among the people.

A Haida Chief's Tomb at Yan 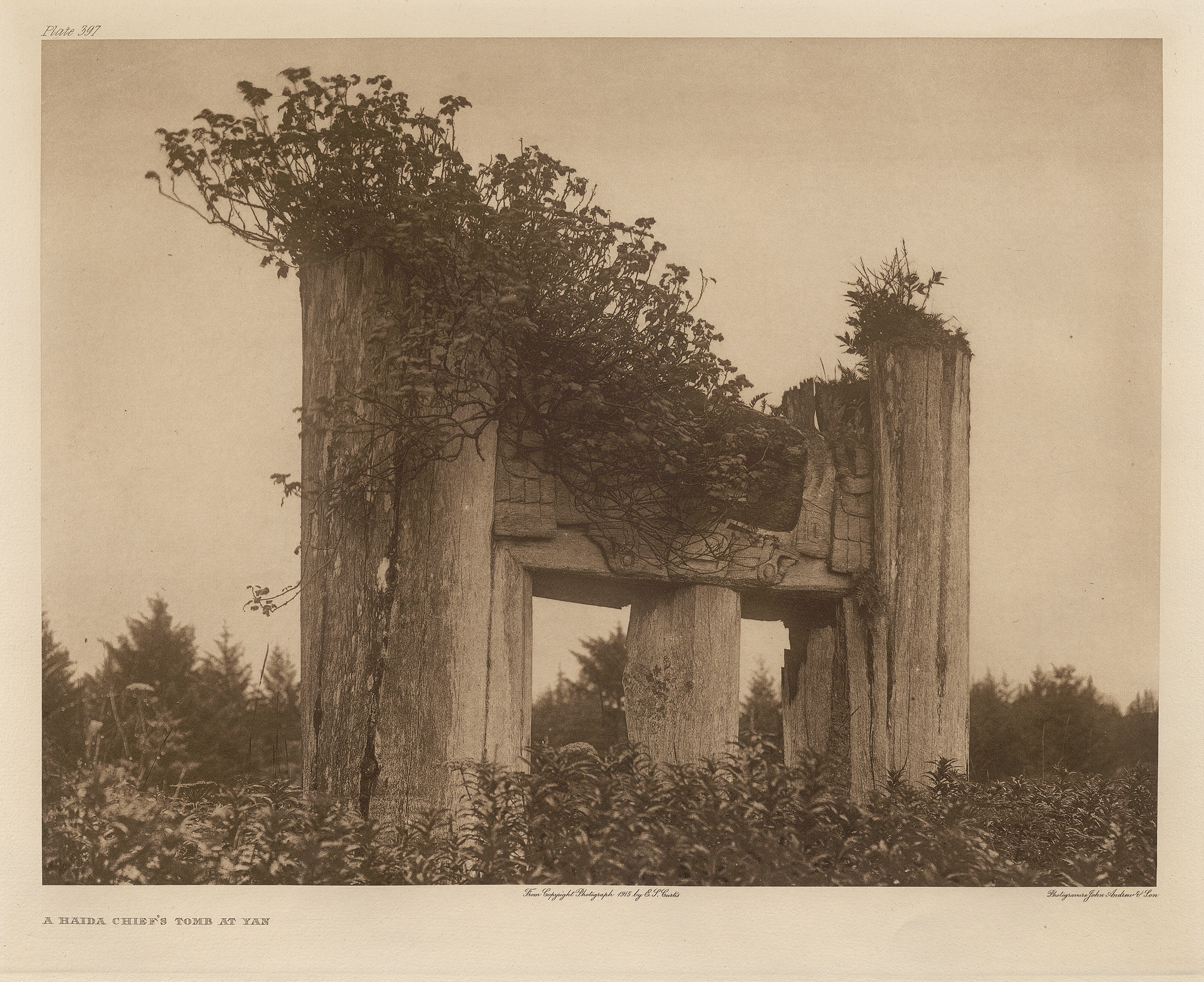 The remains of the chief rest in a niche cut into the top of the transverse beam.  This tomb is of unusual form, and must have been erected at enormous cost to the dead man’s family.