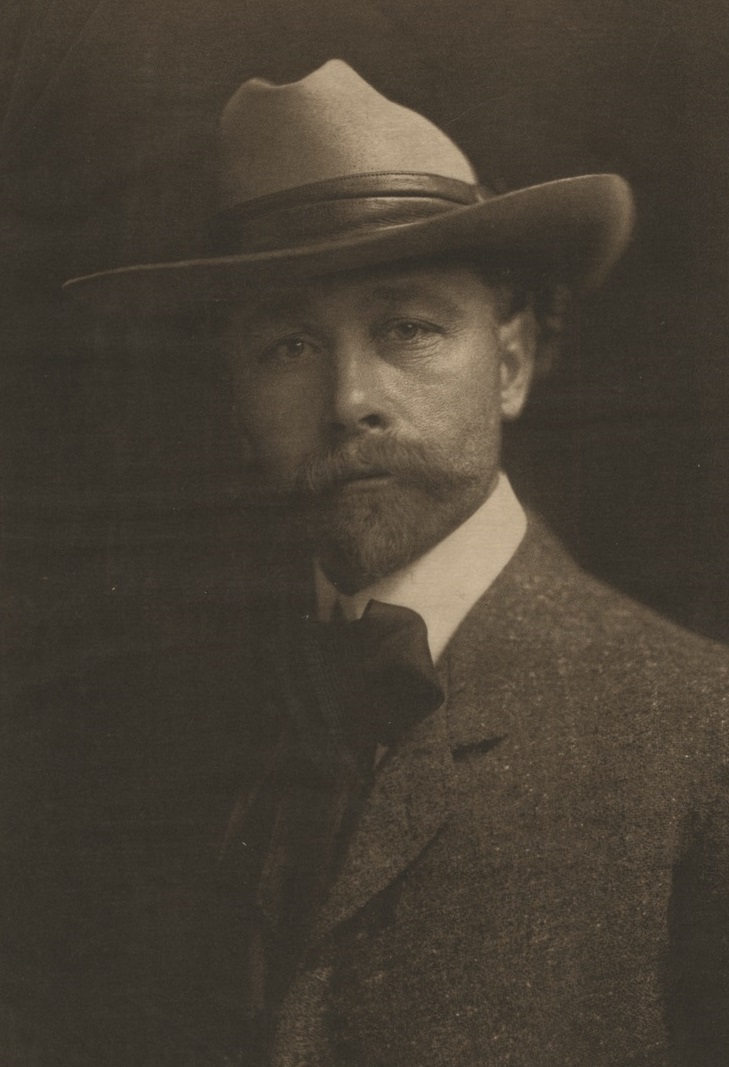 Curtis had his portrait photographed in Los Angeles, California, in February 1951 to celebrate his 83rd birthday.  Edward S. Curtis was born on February 16, 1868.

Your letter of March 19 is most interesting.  You suggest that I might have been quite young when I joined the Harriman Expedition, that’s a mild statement.

First I will tell you how come I was on the expedition.  For two seasons prior to the Expedition I spent some weeks on Rainier making pictures.  On the second season a party of scientifics [?] came to study the mountain.  A couple of times they got lost, I managed to get them to my camp when I thawed them out and bedded down.  Following that I acted as their guide in giving the mountain the once over.  In the three volumes of [the] Harriman Expedition; you have seen pictures and names of all the wise men I met on the mountain two years prior to the Expedition.  It was the same men who sold Harriman on the thought of spending a lot of money on a Expedition to Alaska also they suggested that I accompany the Expedition as official photographer.

You are right in assuming that I was the youngest member of the party.  Also you can safely assume that I am the only member of the Expedition alive.

You are quite right in thinking I met George Bird Grinnell on the Expedition.

For many years he had spent his summers with the Blackfoot people.  If you will look in the Blackfoot vol you will see many of the pictures I made.  In those days I made the 14 x 17 photographs with a large camera.

At that time I had not given thought to a photograph history of the North American Indians but a year or two prior to the Harriman Expedition, I began making pictures of the Puget Sound Indians.  Four of that small collection were included in the National Photographic Exhibition and won the Grand Prize.  As a loan Exhibition it traveled over a good part of the civilized world.  Naturally I was quite proud of my self and the pictures.

Before closing this letter there is one more matter I should cover; when I made my contract with Mr. Morgan I agreed that I contribute all time devoted to research, promotion, and sales of published volumes.  Also the records show that for more than seventeen years I did not receive any remuneration for time devoted to the project.

This is a good time to do a little explaining.  I have already mentioned joining Grinnell with the Blackfoot people.  After the Sun Dance [?] I made my first trip to Hopi Land in Arazona.

To manage the expense of three months of research among the tribes of Arazona and New Mexico would take some doing.  Knowing Joe Blethen of the Seattle Times I appealed to him; with his usual smile, he said “that’s easy I’ll give you a letter to the passenger agent of the Santa Fe at Los Angeles.[”]

The agent read the letter which outlined my plans for making a photograph history of the American Indians.  Please Note the balance of this paragraph.  ---up to the time I secured the help of Mr. Morgan no suggestion of a text to accompany the pictures had been made, rather than that I had in mind descriptive titles with each picture.

When it was decided that there should be a complete text with the pictures the question arose as to who should write it.  Mr. Morgan decided that question without delay.  In making decisions he spoke to me directly[.]  You are the one to write the text, you know the Indians and how they live and what they are thinking.