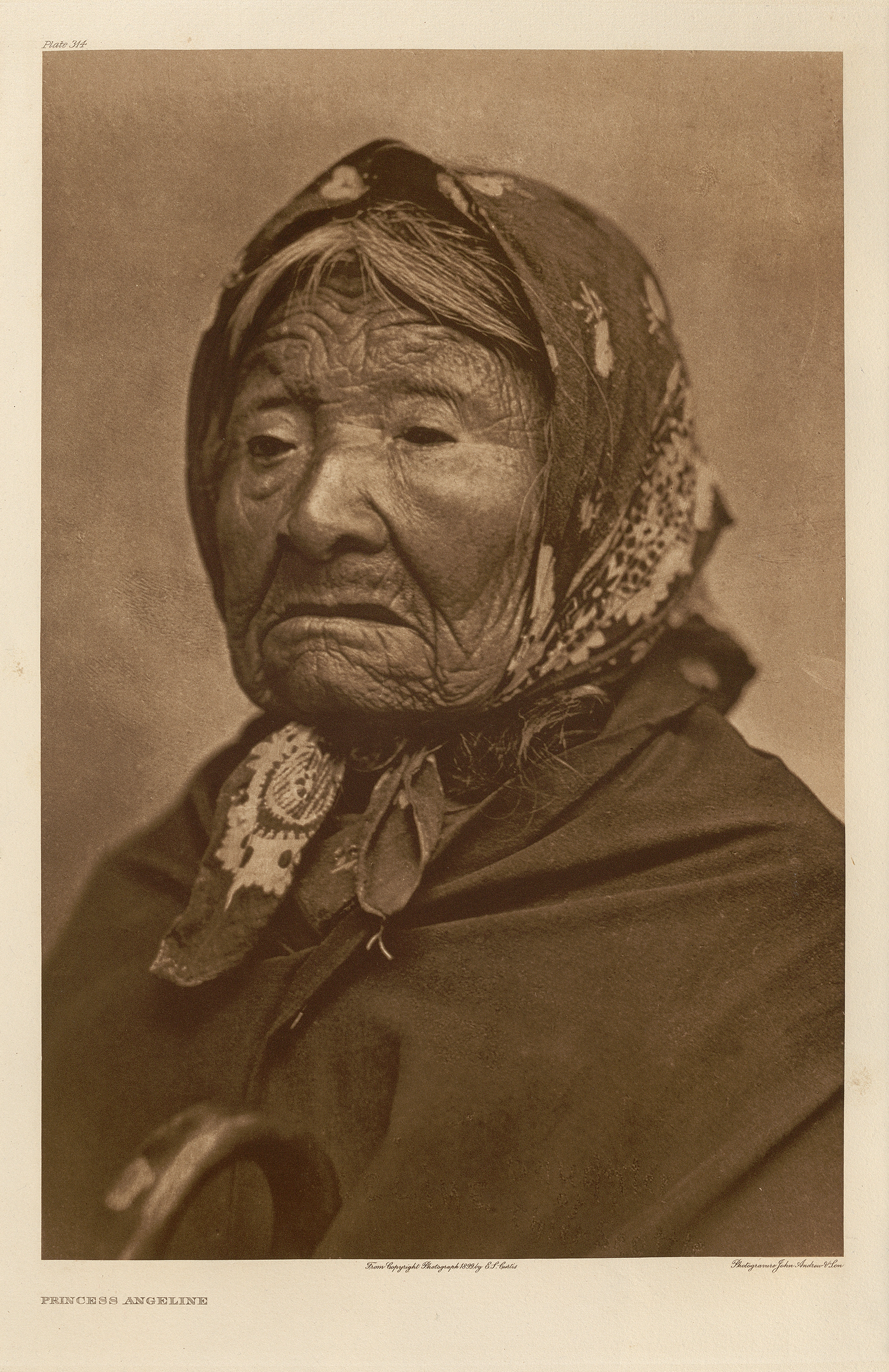 This aged woman, daughter of the chief Síahl (Seattle), was for many years a familiar figure in the streets of Seattle.

The task of recording the descriptive material embodied in these volumes, and of preparing the photographs which accompany them, had its inception in 1898.  Since that time, during each year, months of arduous labor have been spent in accumulating the data necessary to form a comprehensive and permanent record of all the important tribes of the United States and Alaska that still retain to a considerable degree their primitive customs and traditions.  The value of such a work, in great measure, will lie in the breadth of its treatment, in its wealth of illustration, and in the fact that it represents the result of personal study of a people who are rapidly losing the traces of their aboriginal character and who are destined ultimately to become assimilated with the “superior race.”

…The great changes in practically every phase of the Indian’s life that have taken place, especially within recent years, have been such that had the time for collecting much of the material, both descriptive and illustrative, herein recorded, been delayed, it would have been lost forever.  The passing of every old man or woman means the passing of some tradition, some knowledge of sacred rites possessed by no other; consequently the information that is to be gathered, for the benefit of future generations, respecting the mode of life of one of the great races of mankind, must be collected at once or the opportunity will be lost for all time.  It is this need that has inspired the present task.

The first photograph I ever made of an Indian was of Princess Angeline, the digger and dealer in clams.  I paid the princess a dollar for each picture I made.  This seemed to please her greatly and with hands + jargon she indicated that she preferred to spend her time having pictures made than in digging clams.

[Chief Síahl].  The chief for whom the city of Seattle is named.  The common belief that he was of the Dwamish tribe is only partially true; his mother was a Dwamish, but he was born and reared among the Suquamish, and inherited his father’s rank among that people.