The Piegan, with the kindred Blackfeet and Bloods, were a vigorous people, roaming over a vast territory, half in the United States and half in British America.

The deerskin garments customarily worn by plains Indians were used also by the Piegan.  Primitively ornamentation was with porcupine-quills and with beads made by perforating the brown-striped seeds of the silverberry (Elaeagnus argentea).   … About 1855 young men began to part their hair from the crown to the temples, and to curl the banged forelock on a heated ramrod.  Some braided the hair at the sides, others did not.

The Sun Dance of the Piegan, their most important religious ceremony, was performed annually in the fulfilment of a pledge to the sun made by some woman (who thus avowed herself virtuous) in the belief that her promise to erect a lodge to the sun would result in the recovery of some relative from illness or in his escape from threatening danger. 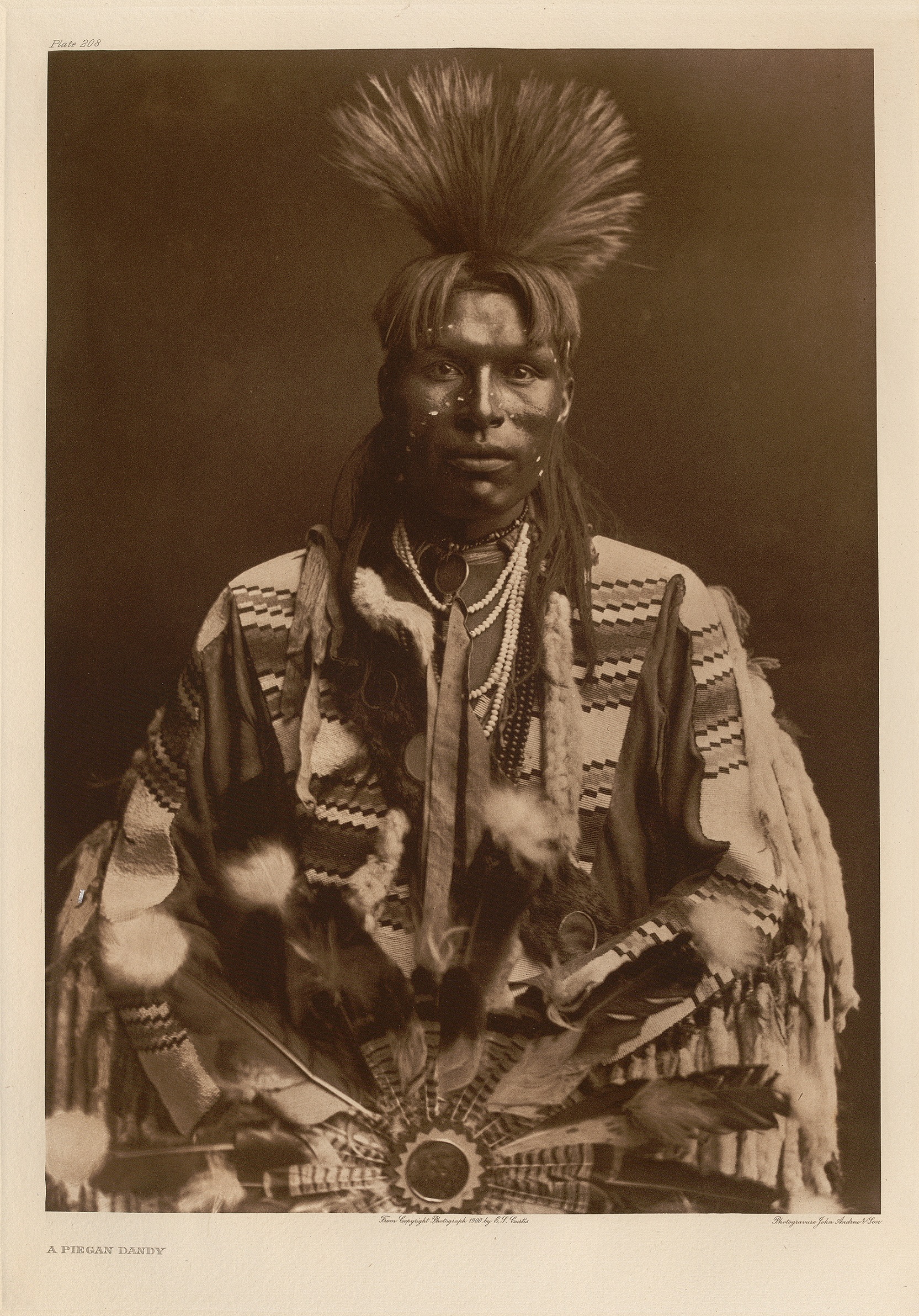