Land of the Coast Salish

The country inhabited by the coast Salish is a land of varied aspect.  Extending over nearly four degrees of latitude, or some two hundred and fifty miles from north to south, and a hundred miles from east to west, it is diversified by such regions as the low-lying shores of Shoalwater bay (Willapa harbor) and Grays harbor; the loftier prairies between Cowlitz river and the head of Puget sound; the deep, ramifying waters of that inland sea and of adjacent bodies; the maze of islands between the Strait of Juan de Fuca and the Strait of Georgia; the lowlands of the deltas of such rivers as the Skagit, the Nooksack, and the Fraser; the serrated coasts of British Columbia beyond the Fraser and of the lower eastern portion of Vancouver island.

Clams are an important food to those who live in the vicinity of the clam beds; to others they are a comparative luxury obtained by barter.  The implement of the digger is a wooden dibble.

Besides fish the most abundant sea foods are clams, mussels, oysters, crabs, sea-urchins, and sea-cucumbers.  Of these the various species of clams are in greatest demand, and they are eaten raw, steam-cooked, or steam-cooked and dried in smoke and then eaten so or boiled. 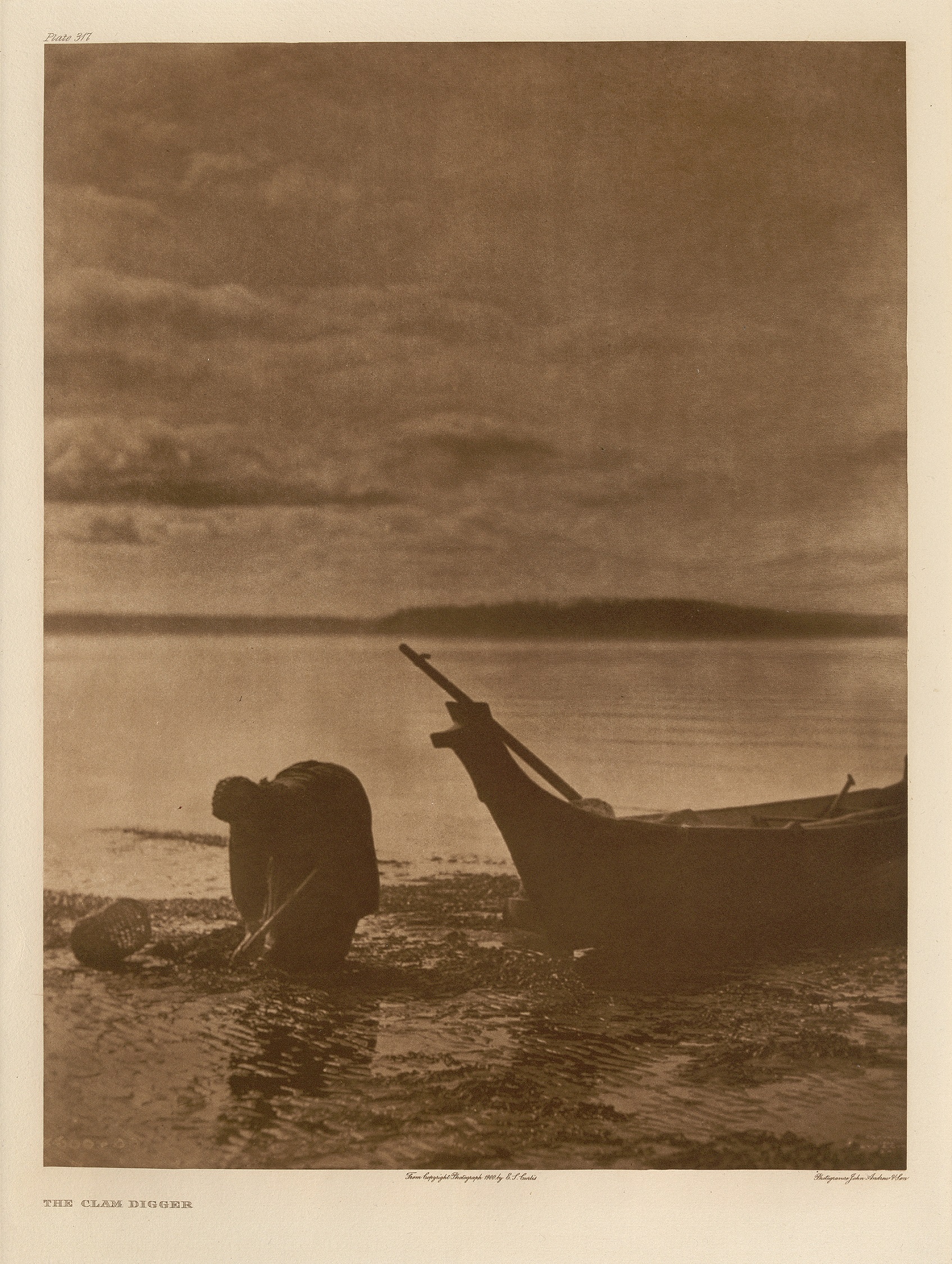