Edward S. Curtis and The North American Indian, Spring-Summer 2018: On the Shores at Nootka

The Nootka tribes, composing one branch of the great Wakashan linguistic stock, of which the Kwakiutl are the other, inhabit the west coast of Vancouver island from Cape Cook to Port San Juan, and, in the United States, the territory about Cape Flattery from Hoko creek to Flattery rocks.  The Cape Flattery people are the Makah, a name applied to them by their Salish neighbors.  The Nootka of Vancouver island embrace a considerable number of tribes inhabiting favorable portions of the shores of the intricate fiords that cut deep into the island.  Among the better known of these tribes are the Nitinat, Clayoquot, and Kyuquot.

The word Nootka was applied by the members of Captain Cook’s expedition to the people and the village at the south end of Nootka island.  The people were the Mooachaht and the village Yuquot, and the name Nootka, which means “to move in a circle,” was evidently adopted through misunderstanding.

On the Shores at Nootka 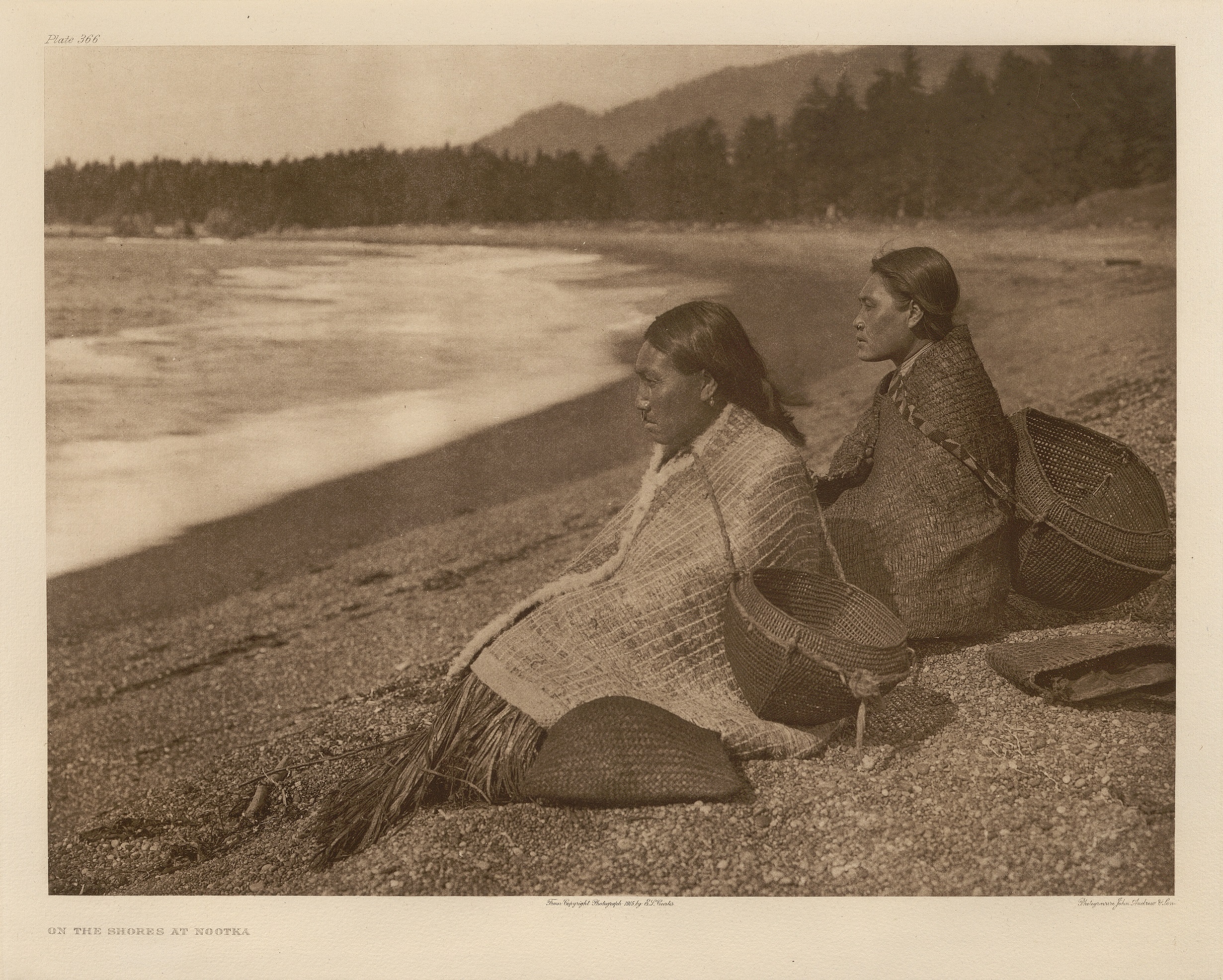 Two women wearing the primitive bark blanket and nose-ornament, and with clam-baskets on their backs, rest on the beaches while waiting for the tide to fall and uncover the clam-beds.