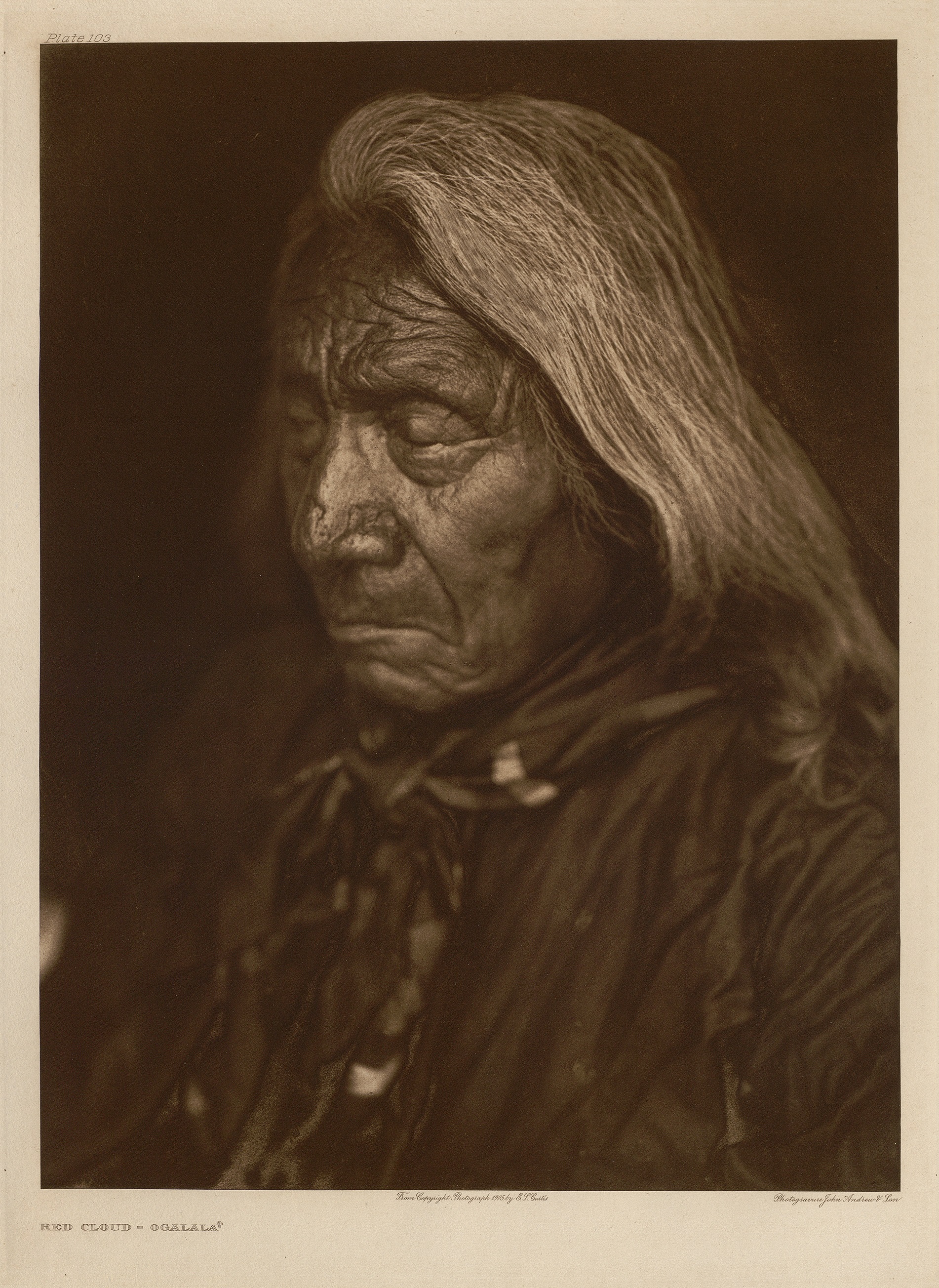 A biographical sketch of this well-known chief and celebrated warrior is given on page 187 of Volume III.

…. I came from where the sun sets.  You were raised on chairs; I want to sit where the sun sets.  [Here the Indian warrior sat upon the floor in Indian fashion and proceeded.]  The Great Spirit has raised me in this way.  He raised me naked.  I run no opposition to the Great Father who sits in the White House.  I don’t want to fight.  I have offered my prayers to the Great Father so that I might come here safe and well.  What I have to say to these men and to my Great Father is this: ---Look at me.  I was raised where the sun rises and I come from where he sets.  Whose voice was first heard in this land?  It was the red people who used the bow.  The Great Father may be good and kind, but I cannot see it.  I am good and kind to the white people and have given my lands, and have now come from where the sun sets to see you.  The Great Father has sent his people out there and left me nothing but an island.  Our nation is melting away like the snow on the side of the hills where the sun is warm, while your people are like the blades of grass in the spring when summer is coming.  I don’t want to see the white people making roads in our country.  Now, that I have come unto my Great Father’s and, see if I have any blood when I return to my home.  The white people have sprinkled blood on the blades of grass about the line of Fort Fetterman.  Tell the Great Father to remove that fort, then we will be peaceful and there will be no more trouble.  I have got two mountains in that country --- Black Hill and Big Horn --- I want no roads there.  There have been stakes driven in that country, and I want them removed.  I have told these things three times, and I now have come here to tell them for the fourth time.  I have made up my mind to talk that way.  I don’t want my reservation on the Missouri.  Some of these people here are from there, and I know what I say.  What I hear is that my children and old men are dying off like sheep.  The country don’t suit them.  I was born at the Forks of the Platte:  my father and mother told me that the land there belonged to me.  From the North and the West the red nation has come into the Great Father’s house.  We are the last of the Ogallalas.  We have come to know the facts from our Father, why the promises which have been made to us have not been kept.  I want two or three traders that we ask for.  At the mouth of Horse Creek in 1852 there was a treaty made, and the man who made that treaty (alluding to General Mitchell, who performed that service for the government) told me the truth. Goods which have been sent out to me have been stolen all along the road, and only a handful would reach me to go among my nation.  Look at me.  Here I am, poor and naked.  I was not raised with arms.  I always want to be peaceable.  The Great Spirit has raised you to read and write, and has put papers before you; but he has not raised me in that style.  The men whom the President sends us, soldiers and all, have no sense and no heart.  I know it to-day. I didn’t ask that the whites should go through my country killing game, and it is the Great Father’s fault.  You are the people who should keep peace.  For the railroads you are passing through my country I have not received even so much as a brass ring for the land they occupy.  I wish you to tell that to my Great Father, You whites make all the ammunition.  What is the reason you don’t give it to me?  Are you afraid I am going to war?  You are great and powerful and I am only a handful.  I do not want it for that purpose, but to kill game with. I suppose I must, in time, go to farming, but I can’t do it right away.”

“The Indians.  Great Council of Chiefs with Secretary Cox.  Speech of the Secretary and Reply of Red Cloud and Little Bear.  What the Government Proposes and What the Indians Want.” The New York Herald, June 8, 1870, page 5.