The Sioux - Vigorous in Spirit

Perhaps among no tribe has the encroachment of civilization wrought greater change than among the Sioux, or Dakota.  A proud, aggressive people, they depended wholly on the chase and the indigenous vegetation.  Powerful in numbers and vigorous in spirit, they roamed almost at will.  But in brief time all was altered. The game had vanished; under treaty stipulations which the Indians ill understood they were concentrated on reservations beyond the boundaries of which they must not wander, and became dependents of the Nation, to be fed and clothed according to our interpretation of the compact.

…The great change that now comes to the Sioux and to other tribes of the plains with the opening of their reservations to settlement and in the consequent increased conflict with alien influences will, within the present generation, further demoralize and degenerate.  This, however, is one of the stages through which from the beginning the Indians were destined to pass.  Those who cannot withstand these trying days of the metamorphosis must succumb, and on the other side of the depressing period will emerge the few sturdy survivors.

In the Bad Lands 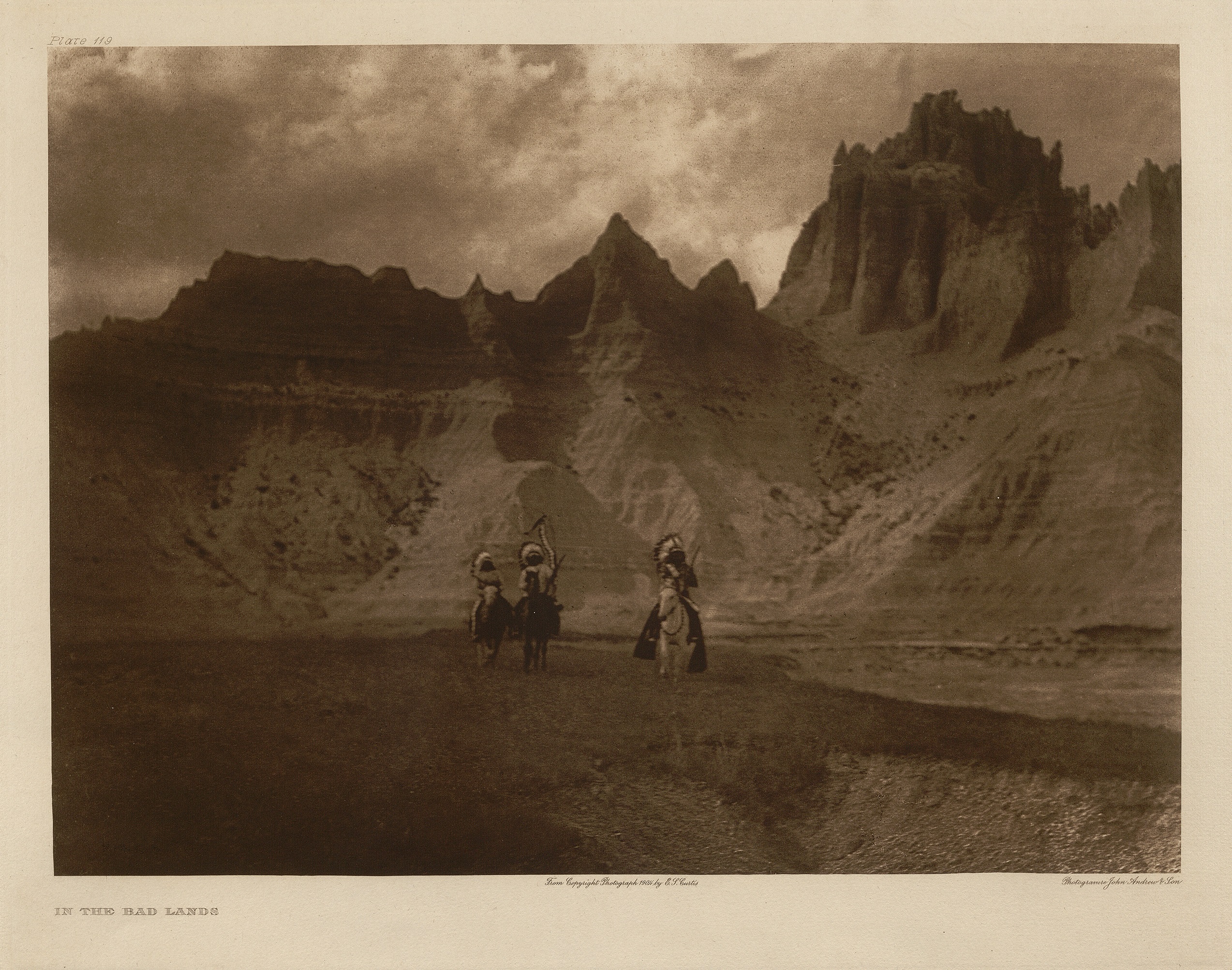 This striking picture was made at Sheep Mountain in the Bad Lands of Pine Ridge reservation, South Dakota.