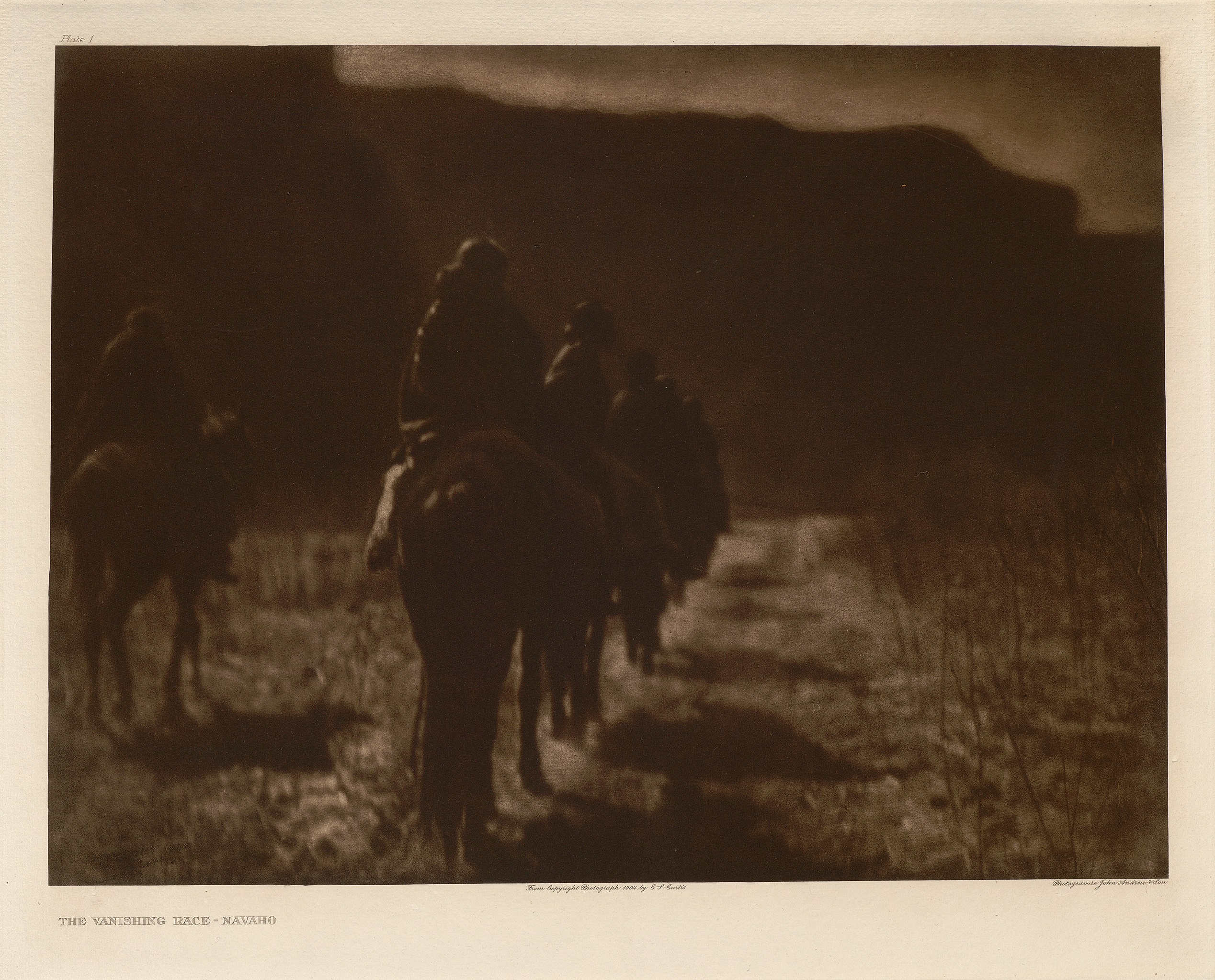 The thought which this picture is meant to convey is that the Indians as a race, already shorn in their tribal strength and stripped of their primitive dress, are passing into the darkness of an unknown future.  Feeling that the picture expresses so much of the thought that inspired the entire work, the author has chosen it as the first of the series.

The Navaho is the Amerian Bedouin

The Navaho tribe, second only to the Sioux in numbers, have been the least affected by civilizing influences.  The Navaho is the American Bedouin, the chief human touch in the great plateau-desert region of our Southwest, acknowledging no superior, paying allegiance to no king in name of chief, a keeper of flocks and herds who asks nothing of the Government but to be unmolested in his pastoral life and in the religion of his forebears. Although the mythology and ceremonials of this virile people would alone furnish material for many volumes, it is believed that even with the present comparatively brief treatment a comprehensive view of their character and activities will be gained.