The Compleat Angler: And Other Meditations on the Art and Philosophy of Fishing, 15th Century to the Present: William Shakespeare 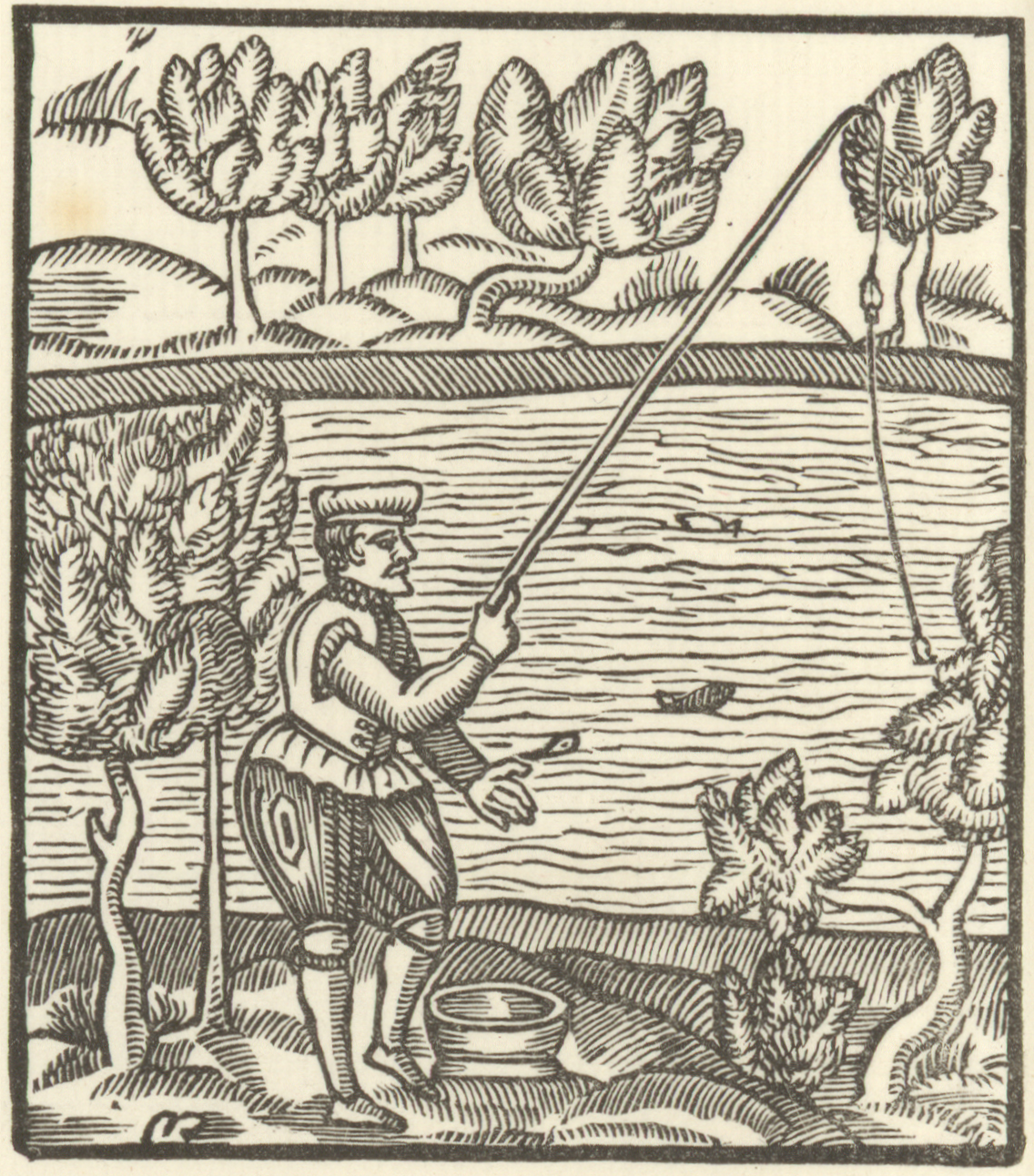 Shakespeare as an Angler, Henry Ellacombe, 1883

In 1563, the English monarchy enforced a statute on fishing regulations containing a provision for a "political Lent."  This provision, so called due to its similarity to the fast days of the Christian season of Lent, required that English citizens eat fish in place of meat on Wednesdays.  This provision was enforced by secular law and was instated in addition to the already existing religious fish days of Fridays and Saturdays.  The intent behind the provision was to increase the amount of money being directed into the fishing market, which would allow England to maintain their national honor as a fishing giant and fund their navy.

Shakespeare, having been born in 1564, the year after this provision went into effect, would have grown up on a regular diet of fish. Though the unpopular provision was eventually overturned in 1585, it is possible that Shakespeare would have continued to eat fish regularly out of habit.  While it was ultimately unsuccessful, this provision shows just how important the institution of fishing was in everyday English life.

Shakespeare and Angling
By: Cassie Frank

Article from the University of Pittsburgh Special Collections Tumblr

Was Shakespeare an Angler? 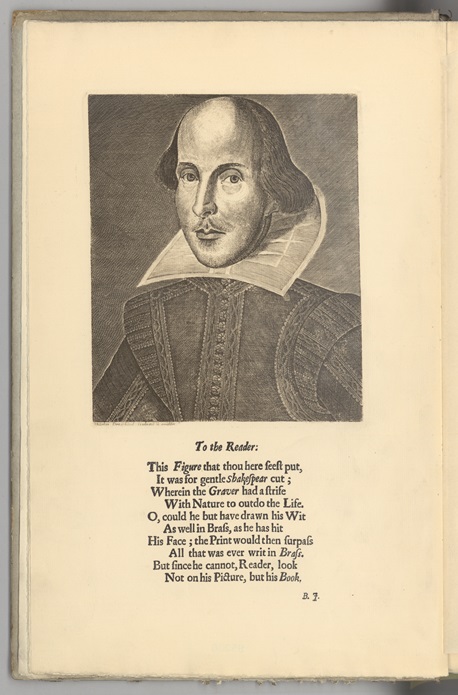 Fishing has been a part of human life since the beginning of civilization.  It originated as a way to get food, but over time became popular as a pastime.  There are many references to angling in works of literature and other writings, indicating that it played a significant part in the development of human society.  Anglers today enjoy looking back at their roots to discover which historical figures they can determine were also anglers.  Therefore, there has been much speculation about whether William Shakespeare, one of the most recognizable figures of the Elizabethan Era, was an angler.  Though he never explicitly stated that he was, textual clues in his plays indicate that he may have been familiar with the sport.

John Speed - The Kingdome of England 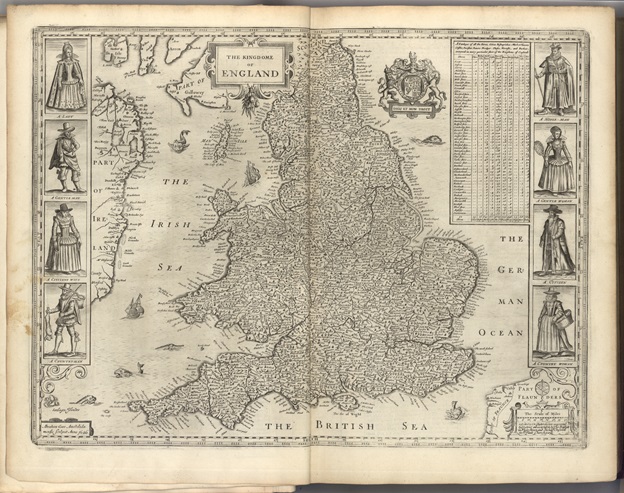 "The Kingdome of England." In The Theatre of the Empire of Great Britaine, John Speed, 1676

John Speed was an English cartographer and historian.  He is regarded as the most important mapmaker of the Stuart period in England, which was marked by civil war and the English Restoration, and refers to the period between 1603-1714.  The Theatre of the Empire of Great Britaine, originally published in 1611-1612, contained the first county maps of England and Wales, with maps of Ireland and Scotland.

Troilus:
While others Fish with craft for great Opinion,
I, with great truth, catch meer simplicity;

Angelo:
Oh cunning Enemy, that to catch a Saint,
With Saints dost bait thou hook:

Claudio:
Bait the hook well, the fish will bite.

Hero:
For look where Beatrice like a Lapwing runs
Close by the ground, to hear our conference.

Ursula:
The pleasant'st angling is to see the fish
Cut with her golden oars the silver stream,
And greedily devor the treacherous bait:
So angle we for Beatrice, who even now,
Is couched in the woodbine coverture,
Fear you not my part of the Dialogue.

Hero:
Then go we near her that her ear lose nothing
Of the false sweet bait that we lay for it:

Cleopatra:
And when good will is shewed,
Though't come too short,
The Actor may plead pardon. I'le none now,
Give me mine Angle, we'll to the 'River, there
My Musick playing far off, I will betray
Tawny-fine fishes, my bended hook shall pierce
Their slimie jaws: and, as I draw them up,
I'le think every one an Anthony,
And say, ah, ha; y'are caught.

Fisherman 3:
Master, I marvel how the fishes live in the sea?

Fisherman 1:
Why as men do a Land,
The great ones eat up the little ones:
I can compare our rich Misers, to nothing so sitly
As to a whale; he plaies and tumbles,
Driving the poor Fry before him,
And at last devours them all at a mouthful.