The Compleat Angler: And Other Meditations on the Art and Philosophy of Fishing, 15th Century to the Present: Roderick Haig-Brown & Robert Traver 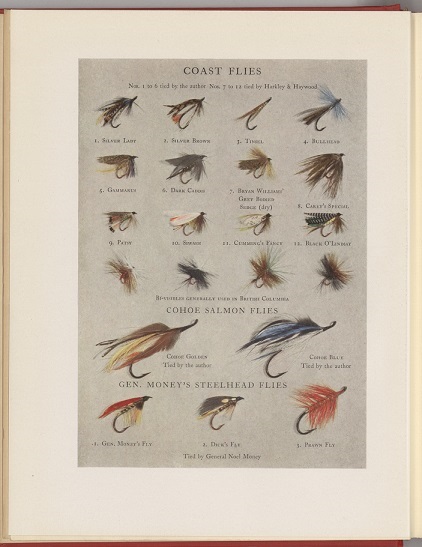 Frontispiece from The Western Angler, [1939]

Roderick Haig-Brown was an angler, devoted conservationist, and a writer of twenty-three books, many on fly fishing throughout the Pacific Northwest, and his home river, the Campbell River on Vancouver Island, British Columbia, Canada. 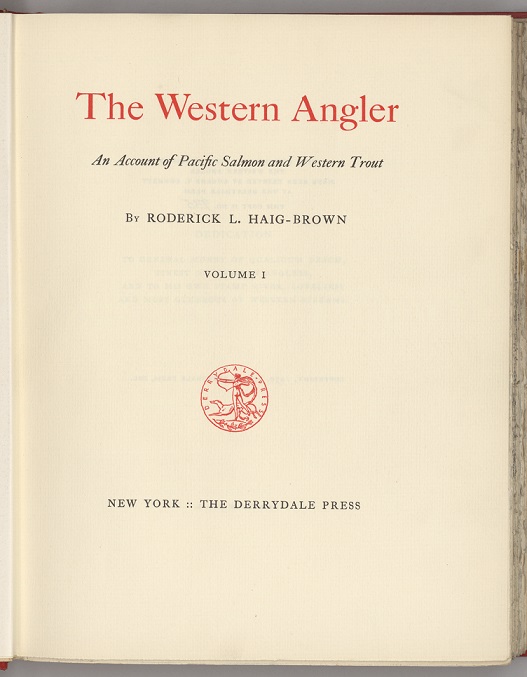 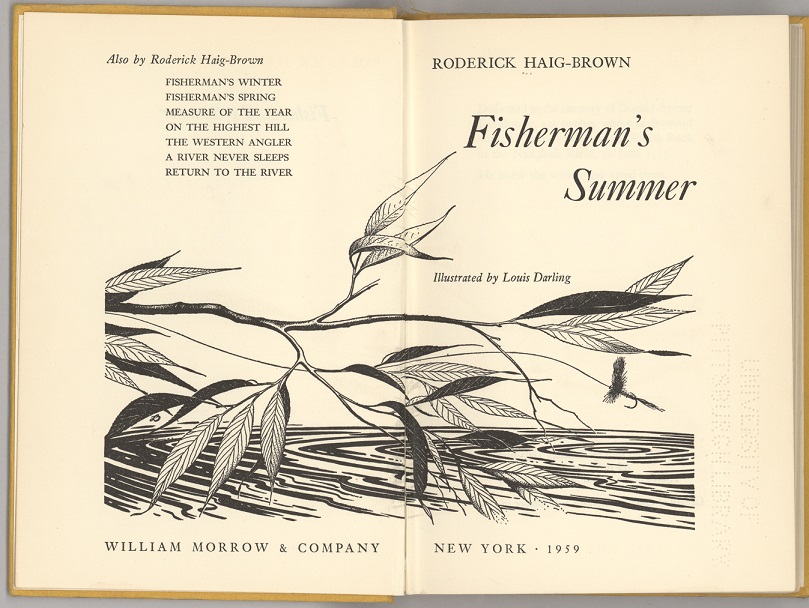 "Most anglers have a parent stream and a home river, which may or may not be one and the same.  The parent stream is the river of youth, the scene of boyhood endeavors, successes and failures; it nursed him and taught him and in large measure formed the angling side of his character. The home river of his later years may be this same stream, changed much or little by the passing of time, the hand of man or its own flow; or it may be another stream altogether, in some near or distant part of the world to which his life has taken him.  All that really matters is that it should be the stream he knows best, fishes most regularly and has adopted as his own. " -Roderick Haig-Brown 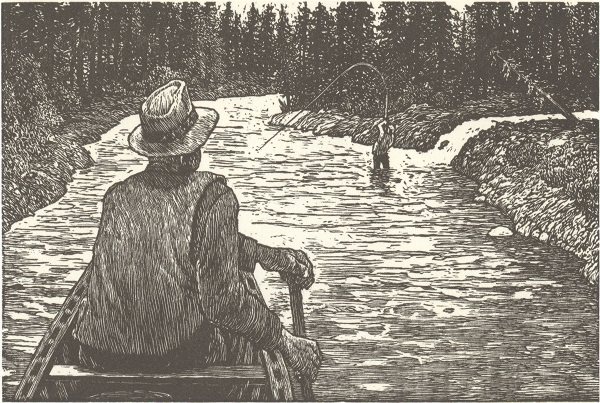 Illustration from the The Intruder, 2012

Robert Traver published “The Intruder” as a chapter in his book, Trout Madness:  Being a Dissertation on the Symptoms and Pathology of This Incurable Disease by One of Its Victims, in 1960.  Robert Traver was the pen name of John D. Voelker, noted lawyer and jurist, writer, and fly fisherman.  The Upper Peninsula of Michigan is where Traver lived and fished, and where he set “The Intruder” and his novel, Anatomy of a Murder, published in 1958 and made into an Academy Award-nominated film in 1959, which features a fly-fishing country lawyer played by James Stewart. 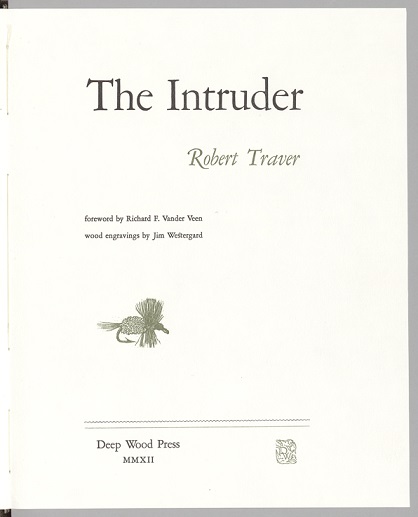