The Compleat Angler: And Other Meditations on the Art and Philosophy of Fishing, 15th Century to the Present: The Schuylkill Fishing Company 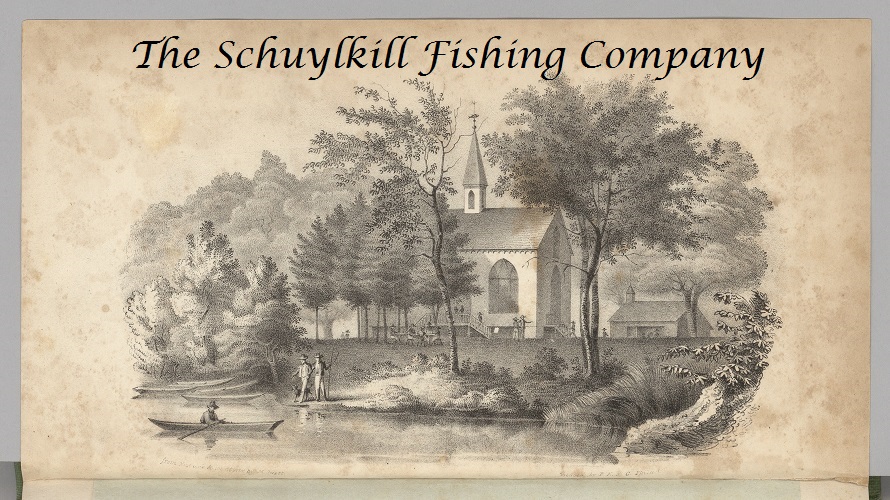 The Schuylkill Fishing Company of Pennsylvania, also known as the State in Schuylkill, was the first angling club in the American colonies.  It continues to assert its claim as the oldest continuously operating social club in the English-speaking world. 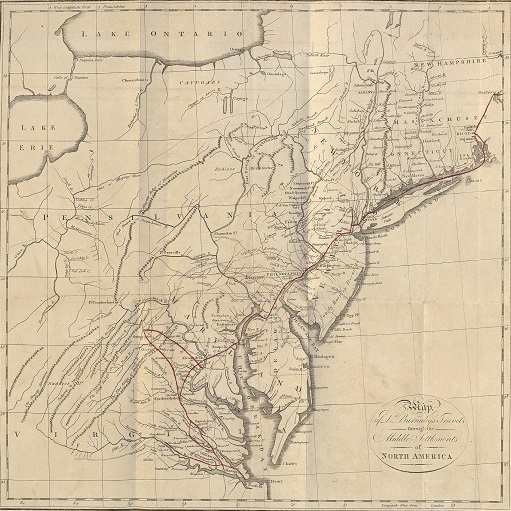 Andrew Burnaby was an English clergyman and writer.  He published an account of his travels in the American colonies in 1775, and a revised and enlarged edition in 1798.

"There is a society of sixteen ladies, and as many gentlemen, called the fishing company, who meet once a fortnight upon the Schuilkill.  They have a very pleasant room erected in a romantic situation upon the banks of that river, where they generally dine and drink tea.  There are several pretty walks about it, and some wild and rugged rocks, which, together with the water and fine groves that adorn the banks, form a most beautiful and picturesque scene.  There are boats and fishing tackle of all sorts, and the company divert themselves with walking, fishing, going up the water, dancing, singing, conversing, or just as they please.  The ladies wear an uniform, and appear with great ease and advantage from the neatness and simplicity of it.  The first and most distinguished people of the colony are of this society; and it is very advantageous to a stranger to be introduced to it, as he hereby gets acquainted with the best and most respectable company in Philadelphia." 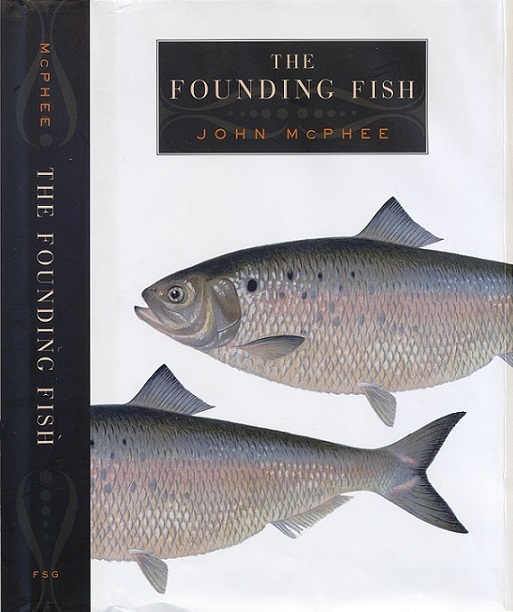 Dust jacket of The Founding Fish by John McPhee, [2002]

"There was, to be sure, a sport-fishing aspect in small ready-made seines.  For example, from 1732 onward the recreational gentlemen of the Colony in Schuylkill--- a fishing-and-hunting club---caught shad in seines.  Early on, they put them back, preferring, as food, salmon, perch, and rock fish (striped bass).  Shad were only beginning to rise in status from the tables of the poor, and the members of the Colony in Schuylkill were not impecunious.  They were golden flakes of the upper crust.  They thought of themselves as a distinct political entity, the fourteenth-ranking colony, or possibly the first.  Twenty-seven men in all, they cooked together and ate together what they killed and caught.  They fished in rowboats, which they called frigates.  Their collective frigates were their “Navy.”  They had their own Assembly, governor, Sheriff, Coroner.  They sometimes fished with rods twenty-five feet long.  They used worms.  The site of their first seat of government is beside Interstate 76 on the right bank of the Schuylkill in central Philadelphia.  Before long they moved upstream to Lower Merion Township and the prime fishery of the Falls of Schuylkill.  They pan-fried their perch, boiled their stripers and salmon, and eventually planked their shad. According to their first official history (published in 1889), they invented planked shad."

Early Conservation Efforts of the Club 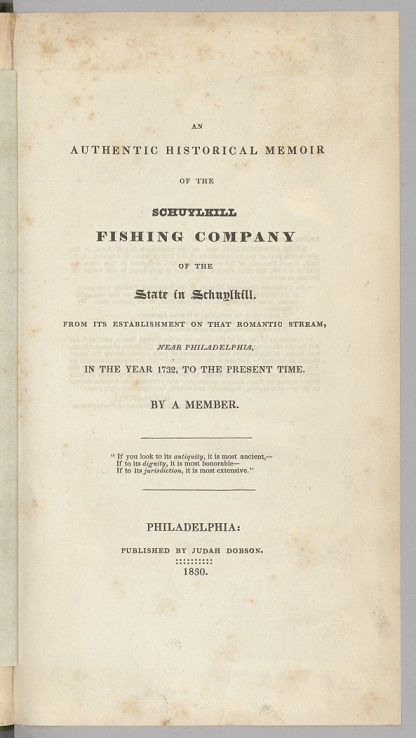 "It is remarkable, and worthy of notice here, that the first public legislative act of the general assembly of the State of Pennsylvania, and yet existing as a law in force, was passed in this month, when the first meeting, was convened since the War; It is entitled,

A further Supplement to the act, entitled, “An act for making the river navigable, and for the preservation of the fish in the said river.”

Its provisions prohibited the injurious prevailing practice in those times of driving the river with brush-nets, or other like device, under the penalty of twenty pounds, and fifty pounds, for obstructing any person in their removal...

...This was a judicious preservative law, as these early running fish were ever considered a precious commodity throughout the valley of the Schuylkill, which they ascended for upwards of fifty miles, deposited their spawn on its rocky shores, whence the young shad descended in shoals in the summer months, to seek the Atlantic Ocean, and voyage to their distant winter quarters.

The protection extended by law, to the shad fishery, operated admirably in preserving the smaller fry of the finny tribe, such as perch, rock and cat-fish, the esteemed commodities of the Fishing Company, from the venal wholesale depredations of intrusive net fishermen, within their sporting jurisdiction."