The Compleat Angler: And Other Meditations on the Art and Philosophy of Fishing, 15th Century to the Present: John Gay 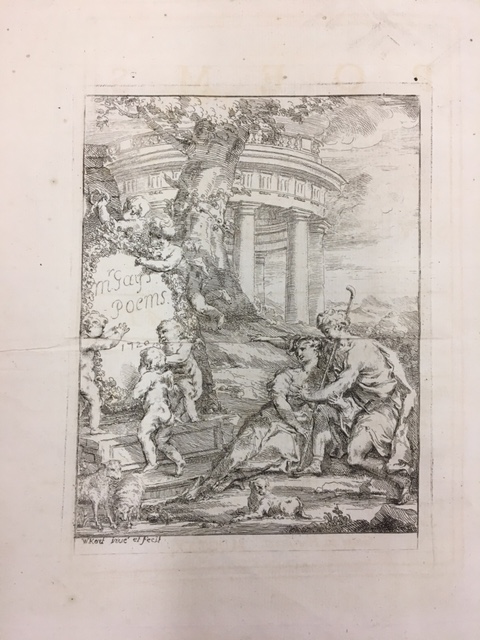 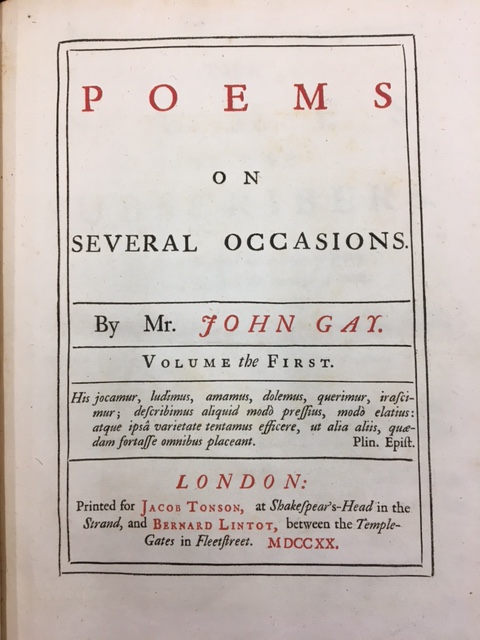 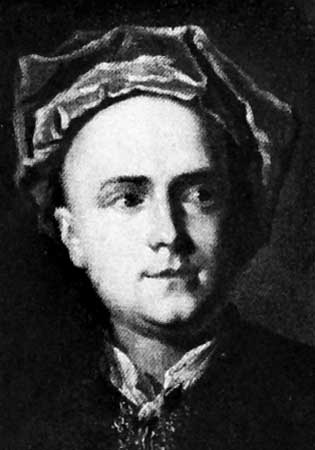 Image from the Encyclopedia Britannica (By courtesy of the Scottish National Portrait Gallery, Edinburgh)

A member of an ancient but impoverished Devonshire family, Gay was educated at the free grammar school in Barnstaple. He was apprenticed to a silk mercer in London but was released early from his indentures and, after a further short period in Devonshire, returned to London, where he lived most of his life. Among his early literary friends were Aaron Hill and Eustace Budgell, whom he helped in the production of The British Apollo, a question-and-answer journal of the day. Gay’s journalistic interests are clearly seen in a pamphlet, The Present State of Wit (1711), a survey of contemporary periodical publications.

From 1712 to 1714 he was steward in the household of the Duchess of Monmouth, which gave him leisure and security to write. He had produced a burlesque of the Miltonic style, Wine, in 1708, and in 1713 his first important poem, Rural Sports, appeared. This is a descriptive and didactic work in two short books dealing with hunting and fishing but containing also descriptions of the countryside and meditations on the Horatian theme of retirement. In it he strikes a characteristic note of delicately absurd artificiality, while a deliberate disproportion between language and subject pays comic dividends and sets a good-humoured and sympathetic tone. His finest poem, Trivia: or, The Art of Walking the Streets of London (1716), displays an assured and precise craftsmanship in which rhythm and diction underline whatever facet of experience he is describing. A sophisticated lady crossing the street, for example:

Her shoe disdains the street: the lady fair
With narrow step affects a limping air.

The couplet does not aim to startle the reader, yet the experience is perfectly conveyed. Another couplet, on the presence of spring felt throughout the whole of creation, states:

The seasons operate on every breast:
’Tis hence that fawns are brisk,
and ladies drest.

Here the effect is at once satirical, sympathetic, and—in its correlation of the animal and human kingdoms—philosophical. It is in such delicate probing of the surface of social life that Gay excels. The Shepherd’s Week (1714) is a series of mock classical poems in pastoral setting; the Fables (two series, 1727 and 1738) are brief, octosyllabic illustrations of moral themes, often satirical in tone.

Gay’s poetry was much influenced by that of Alexander Pope, who was a contemporary and close friend. Gay was a member, together with Pope, Jonathan Swift, and John Arbuthnot, of the Scriblerus Club, a literary group that aimed to ridicule pedantry. These friends contributed to two of Gay’s satirical plays: The What D’ye Call It (1715) and Three Hours After Marriage (1717).

His most successful play was The Beggar’s Opera, produced in London on Jan. 29, 1728, by the theatre manager John Rich at Lincoln’s Inn Fields Theatre. It ran for 62 performances (not consecutive, but the longest run then known). A story of thieves and highwaymen, it was intended to mirror the moral degradation of society and, more particularly, to caricature the prime minister Sir Robert Walpole and his Whig administration. It also made fun of the prevailing fashion for Italian opera. The play was stageworthy, however, not so much because of its pungent satire but because of its effective situations and “singable” songs. The production of its sequel, Polly, was forbidden by the lord chamberlain (doubtless on Walpole’s instructions); but the ban was an excellent advertisement for the piece, and subscriptions for copies of the printed edition made more than £1,000 profit for the author. (It was eventually produced in 1777, when it had a moderate success.) His Beggar’s Opera was successfully transmitted into the 20th century by Bertolt Brecht and Kurt Weill as Die Dreigroschenoper (1928; The Threepenny Opera).

“Honest” John Gay lost most of his money through disastrous investment in South Sea stock, but he nonetheless left £6,000 when he died. He was buried in Westminster Abbey, next to the poet Geoffrey Chaucer, and his epitaph was written by Alexander Pope.

-Biography from the Encyclopedia Britannica 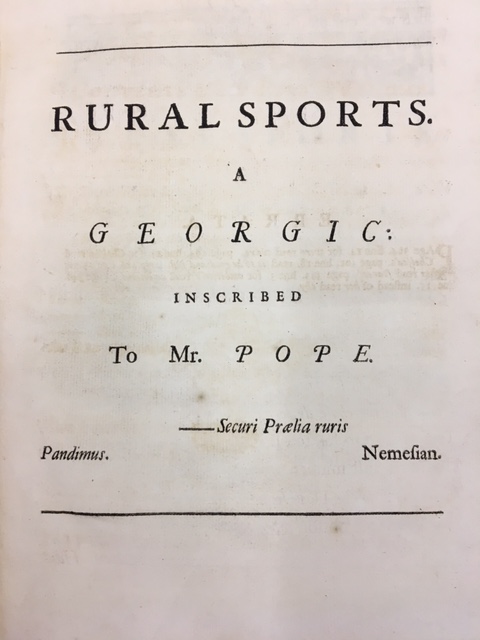 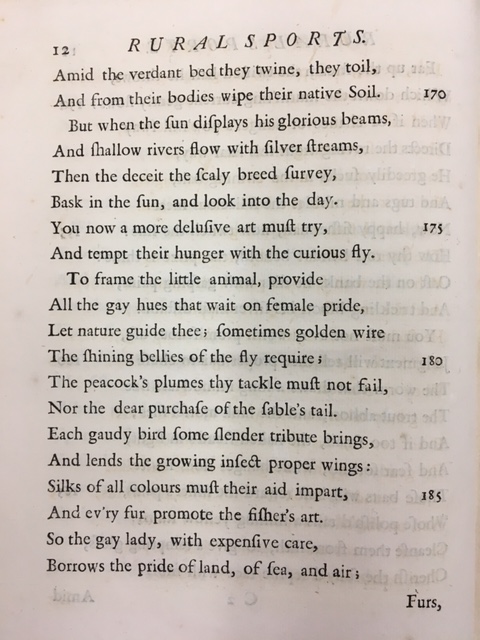 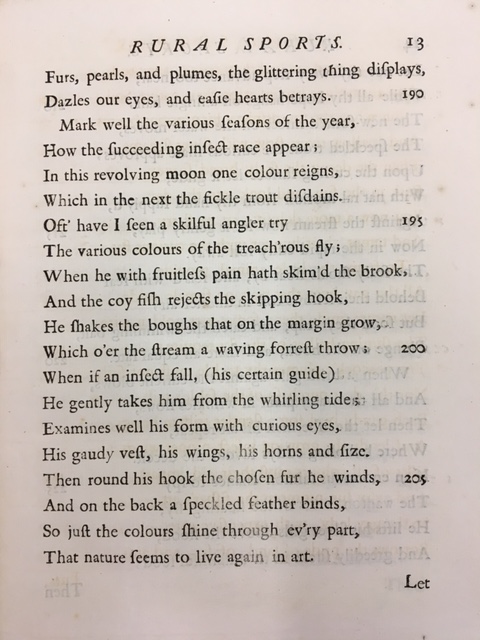 Excerpt from the Poem

John Gay, a poet and dramatist, first published Rural Sports in 1713. It is a poem with large passages devoted to the angler on how to angle in “the genial spring... The finny brood.”