The Compleat Angler: And Other Meditations on the Art and Philosophy of Fishing, 15th Century to the Present: Ernest Hemingway & Zane Grey 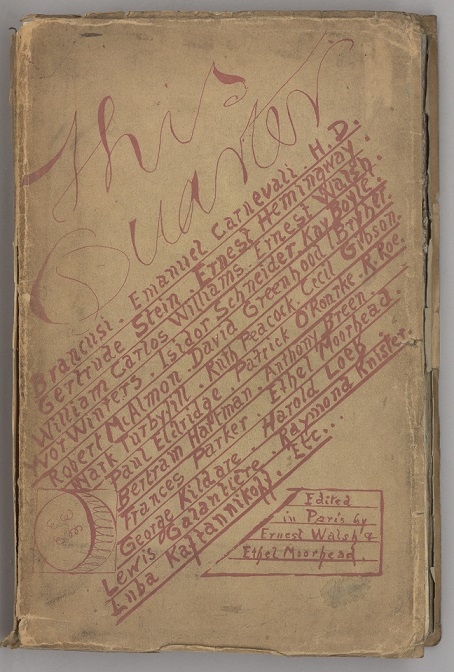 Ernest Hemingway’s “Big Two Hearted River” is an autobiographical short story about a trout fishing trip to Michigan’s Upper Peninsula and a young man recovering from war.  Hemingway published it in the first issue of Ernest Walsh’s literary journal, This Quarter, in 1925.  In A Moveable Feast, published posthumously in 1964, Hemingway recounts writing “Big Two Hearted River” in the Closerie des Lilas, a Left Bank cafe in Paris:

"I sat in a corner with the afternoon light coming in over my shoulder and wrote in the notebook.  The waiter brought me a café crème and I drank half of it when it cooled and left it on the table while I wrote.  When I stopped writing I did not want to leave the river where I could see the trout in the pool, its surface pushing and swelling smooth against the resistance of the log-driven piles of the bridge.  The story was about coming back from the war but there was no mention of the war in it."

Hemingway: On the Blue Water 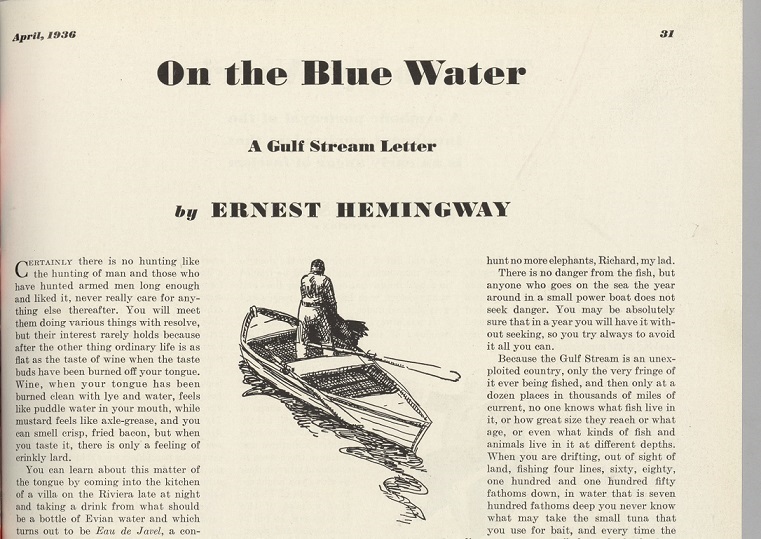 Ernest Hemingway’s article, “On the Blue Water:  A Gulf Stream Letter,” published in Esquire in April 1936, recounts a true story told to him by Carlos Gutiérrez, the Cuban mate of Hemingway’s boat, Pilar, which later inspired Hemingway’s novel The Old Man and the Sea:

"Another time an old man fishing alone in a skiff out of Cabañas hooked a great marlin that, on the heavy sashcord handline, pulled the skiff far out to sea.  Two days later the old man was picked up by fishermen sixty miles to the eastward, the head and forward part of the marlin lashed alongside.  What was left of the fish, less than half, weighed eight hundred pounds.  The old man had stayed with him a day, a night, a day and another night while the fish swam deep and pulled the boat.  When he had come up the old man had pulled the boat up on him and harpooned him.  Lashed alongside the sharks had hit him and the old man had fought them out alone in the gulf stream in a skiff, clubbing them, stabbing at them,  lunging at them with an oar until he was exhausted and the sharks had eaten all that they could hold.  He was crying in the boat when the fishermen picked him up, half crazy from his loss, and the sharks were still circling the boat."

The Old Man and the Sea 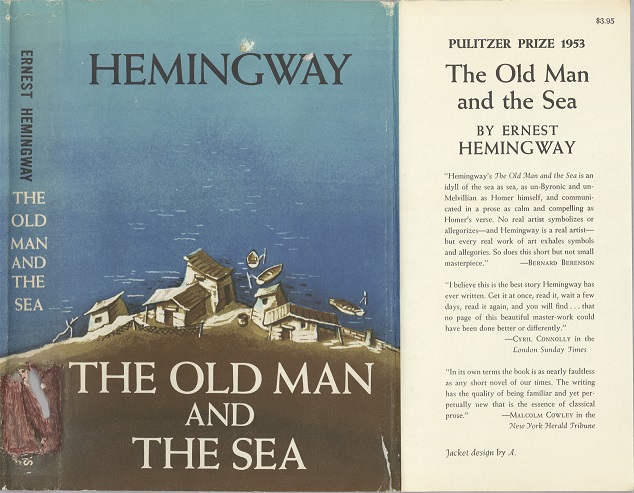 The dust jacket of The Old Man and the Sea, recto view 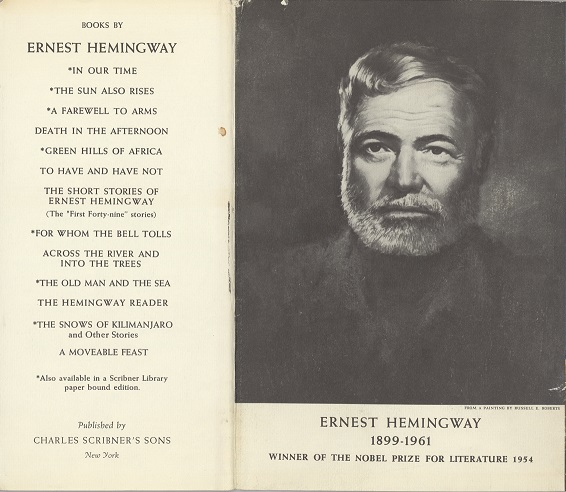 The verso view of the dust jacket of The Old Man and the Sea, with a portrait of Ernest Hemingway 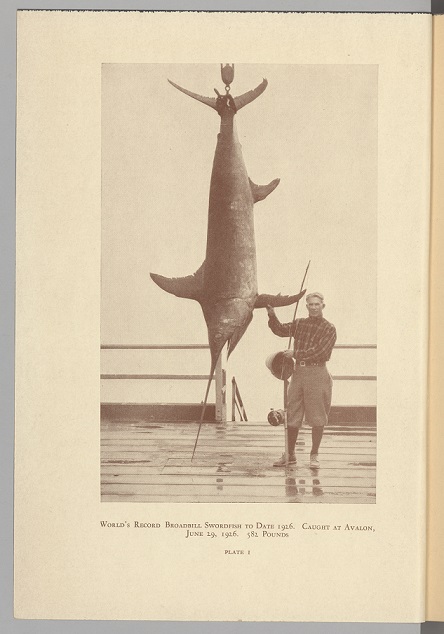 Frontispiece of Tales of Swordfish and Tuna, 1927

Zane Grey, best known for his novels set in the American West, was an avid angler and wrote a dozen non-fiction works on fishing including Tales of Fresh Water Fishing, written at his cabin on the Rogue River in Oregon.  Grey also pioneered deep-sea sport fishing in the South Pacific, Maritime Canada, Florida, and California. 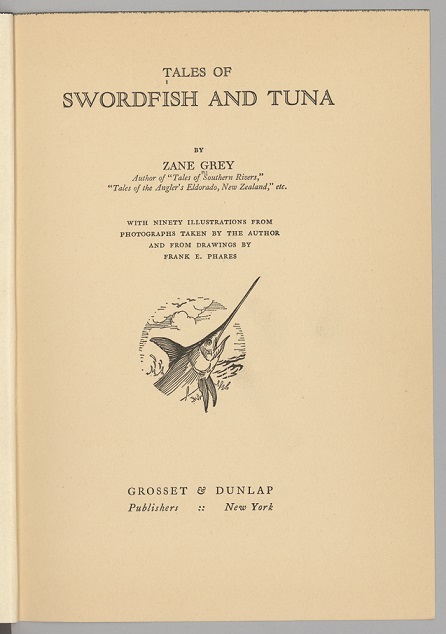 Title page of Tales of Swordfish and Tuna, 1927