The Compleat Angler: And Other Meditations on the Art and Philosophy of Fishing, 15th Century to the Present: 17th Century Editions 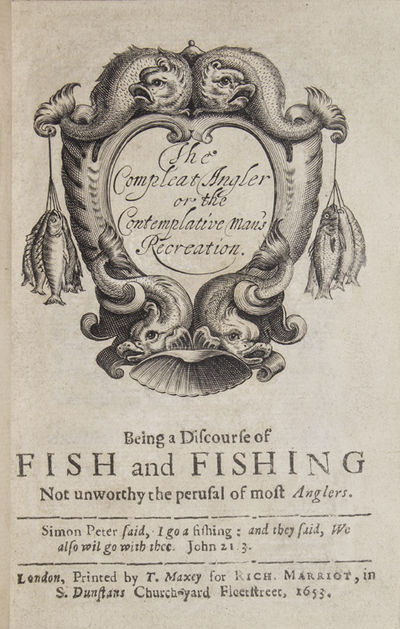 Izaak Walton published the first edition of The Compleat Angler in 1653 at age 59.  He continued to publish revised editions over the next twenty-two years, concluding with the fifth edition published in 1676 at age 83.  The first edition contains an engraved title page cartouche, along with six small copperplate engravings of fish throughout the text.  The artist is unknown. 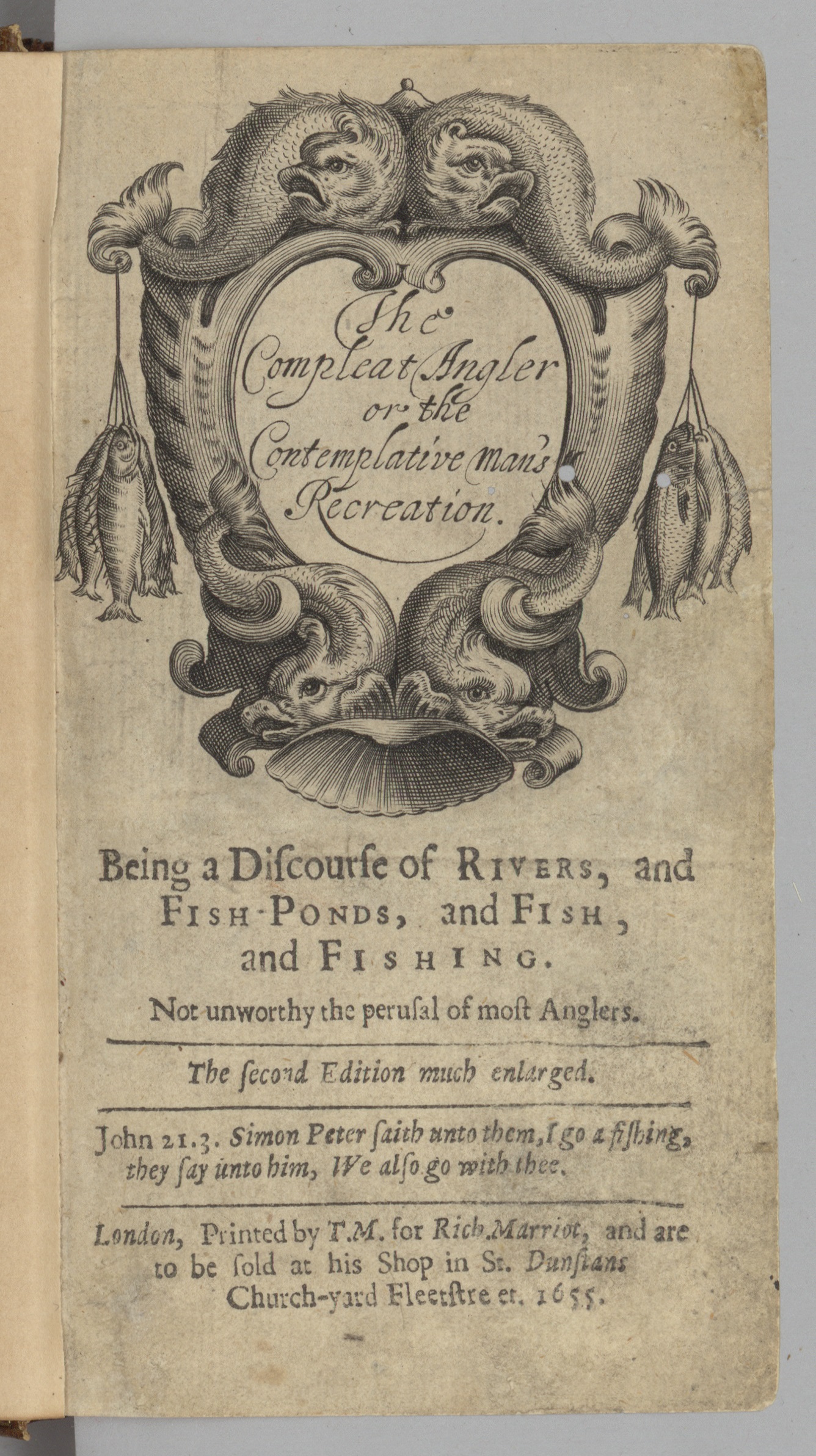 Izaak Walton published the second edition of The Compleat Angler in 1655.  It contains the engraved title page cartouche, along with ten copperplate engravings of fish.  Walton revised the text to reflect the political change in England from Protectorate to Kingdom.  He also added seven chapters bringing the total number to twenty-one.

About the 17th Century Editions

All of the editions from the 17th century were published by Izaak Walton himself.  The first four editions contained only The Compleat Angler by Walton, each new edition featuring small additions and corrections to the previous versions.  The fifth edition, published in 1676, included two new works: Being Instructions How to Angle For a Trout or Grayling in a Clear Stream by Charles Cotton and The Experienced Angler by Robert Venables.

Cotton's work was the result of a request from Walton, who asked that his friend and fellow angler write something to be included in the fifth edition. However, Walton did not give Cotton much lead time for this request, so Cotton ended up writing his work in a matter of ten days. In it, he addressed aspects of fishing that Cotton felt Walton left out. Despite the rush in writing, Cotton's work was immediately received as an essential part of The Compleat Angler. Therefore, in later editions, Cotton's work frequently shows up as Part II, exactly how Walton had intended it. 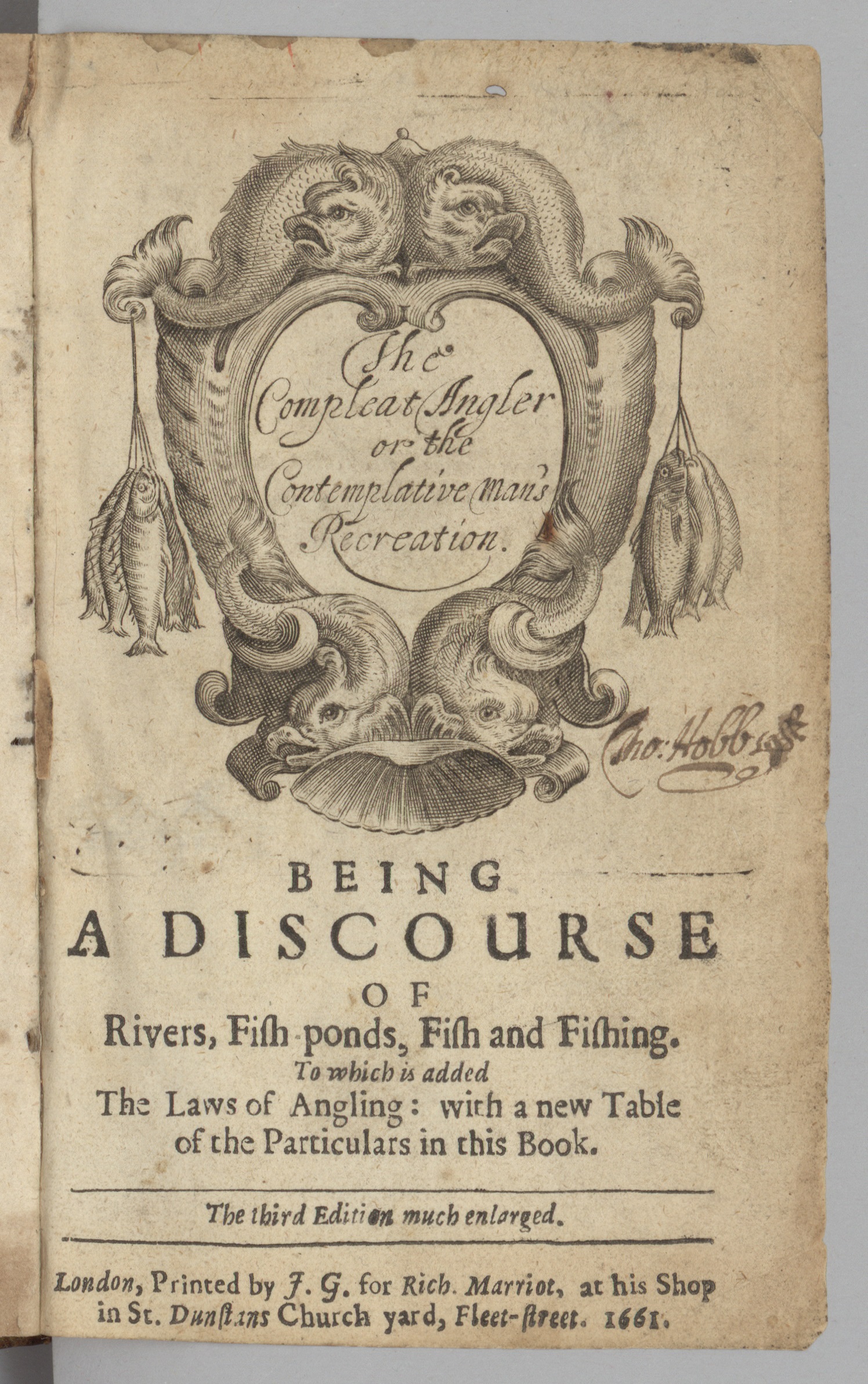 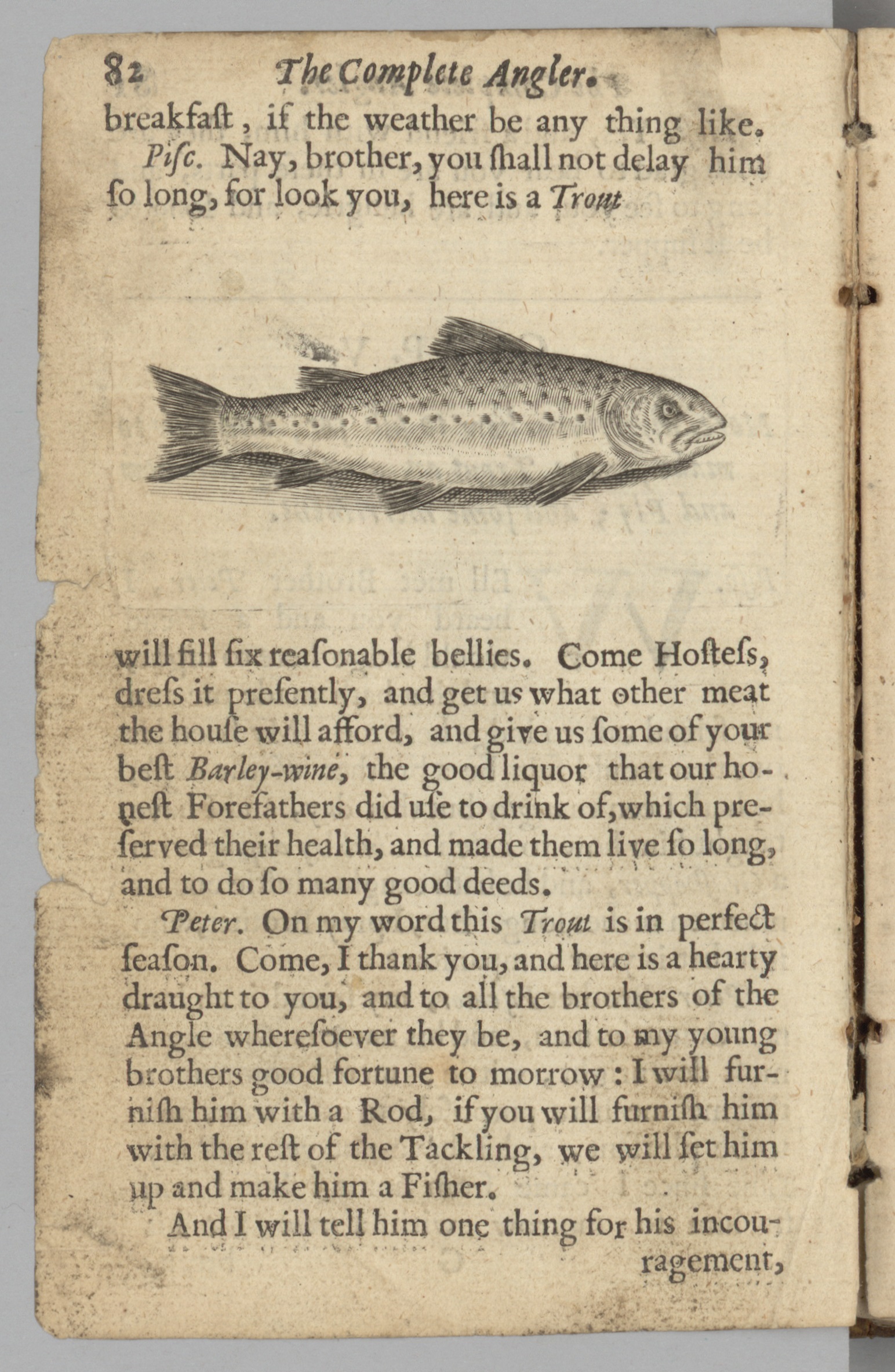 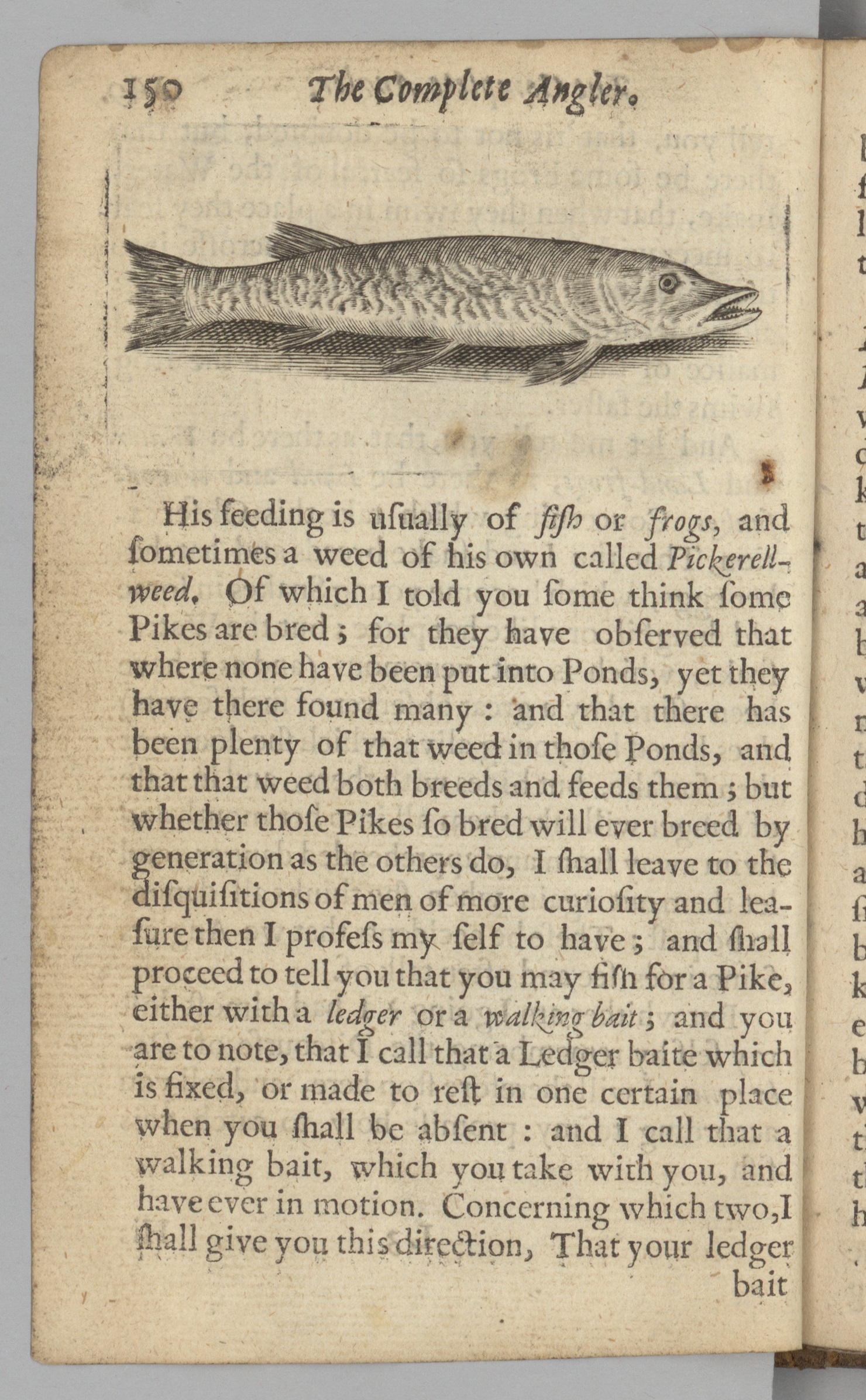 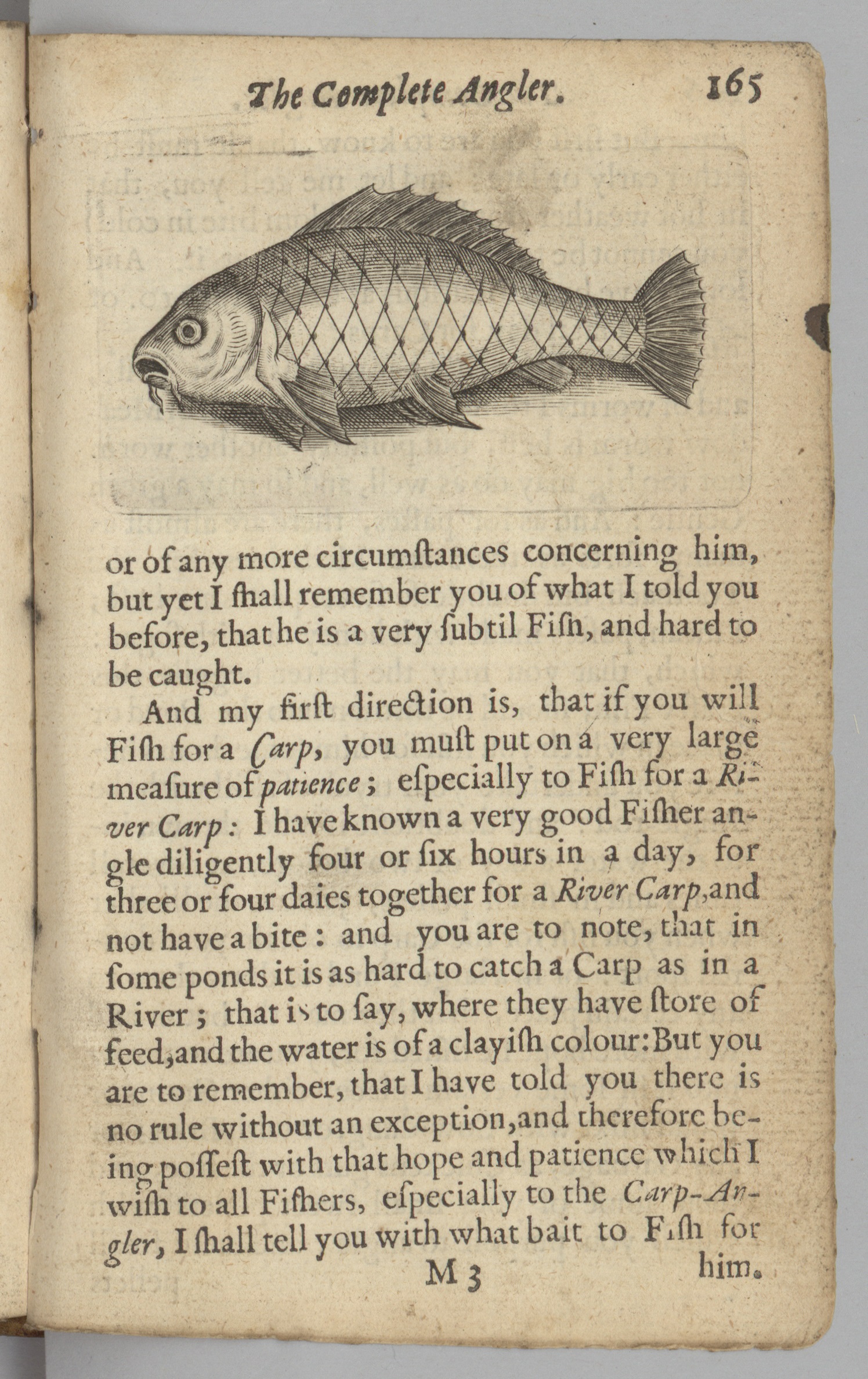 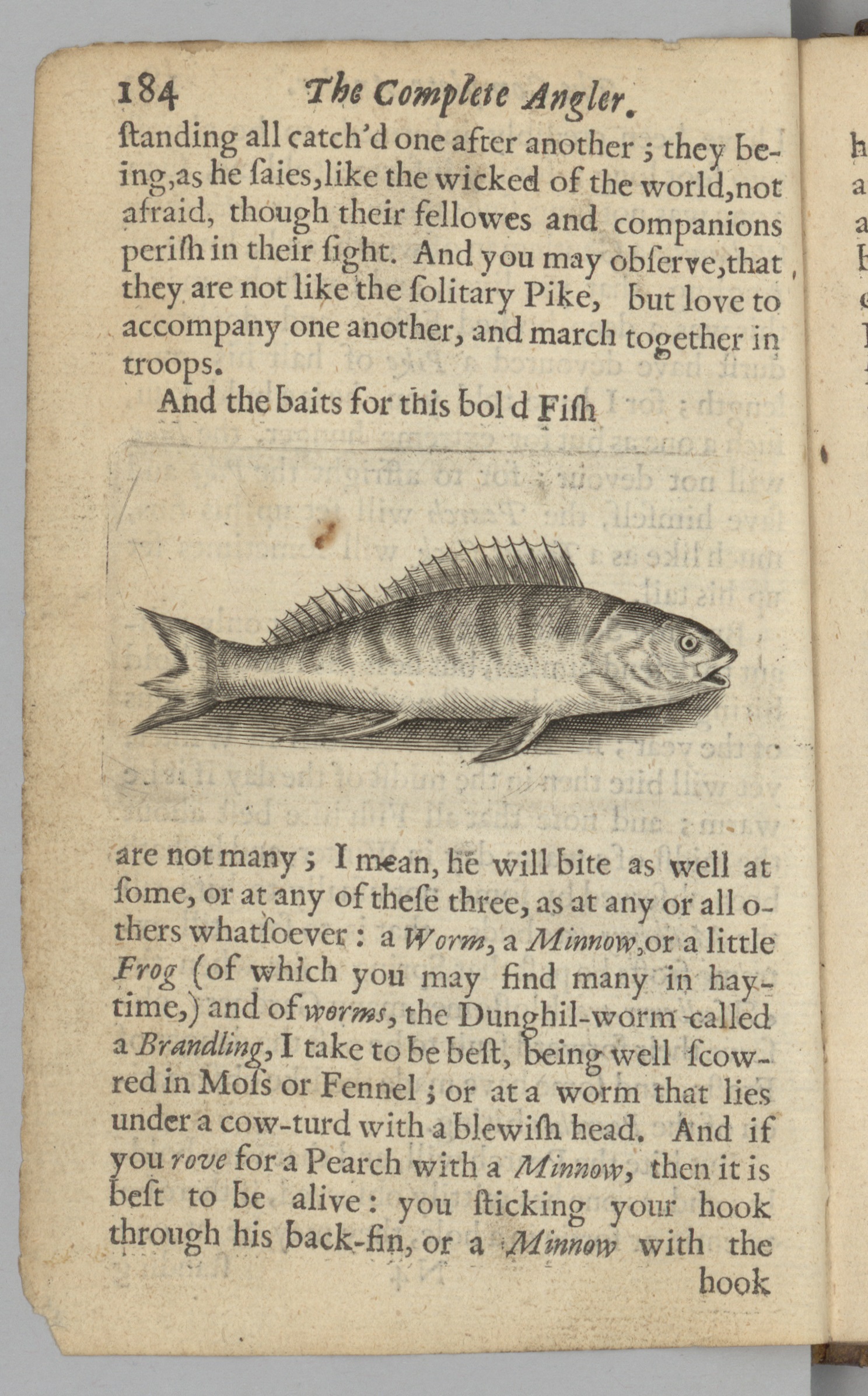 Izaak Walton published the third edition of The Compleat Angler in 1661.  It contains the engraved title page cartouche, and the same ten copperplate engravings of fish.  The third edition features the addition of a new section, “The Lawes of Angling.”  This book is an association copy of the English philosopher Thomas Hobbes and bears his signature on the title page.  Hobbes is the author of Leviathan, published in 1651, and is considered one of the founders of modern political philosophy. 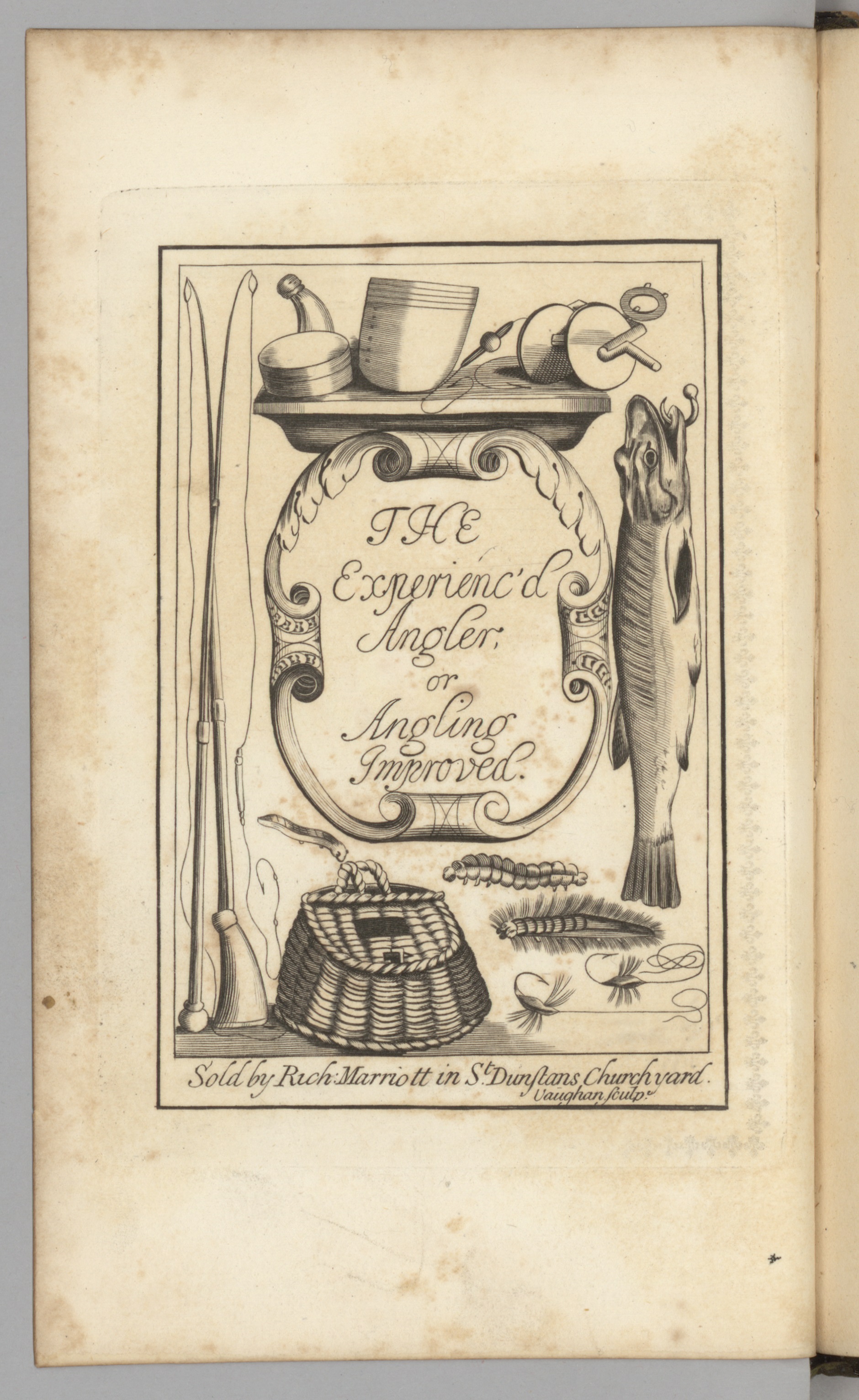 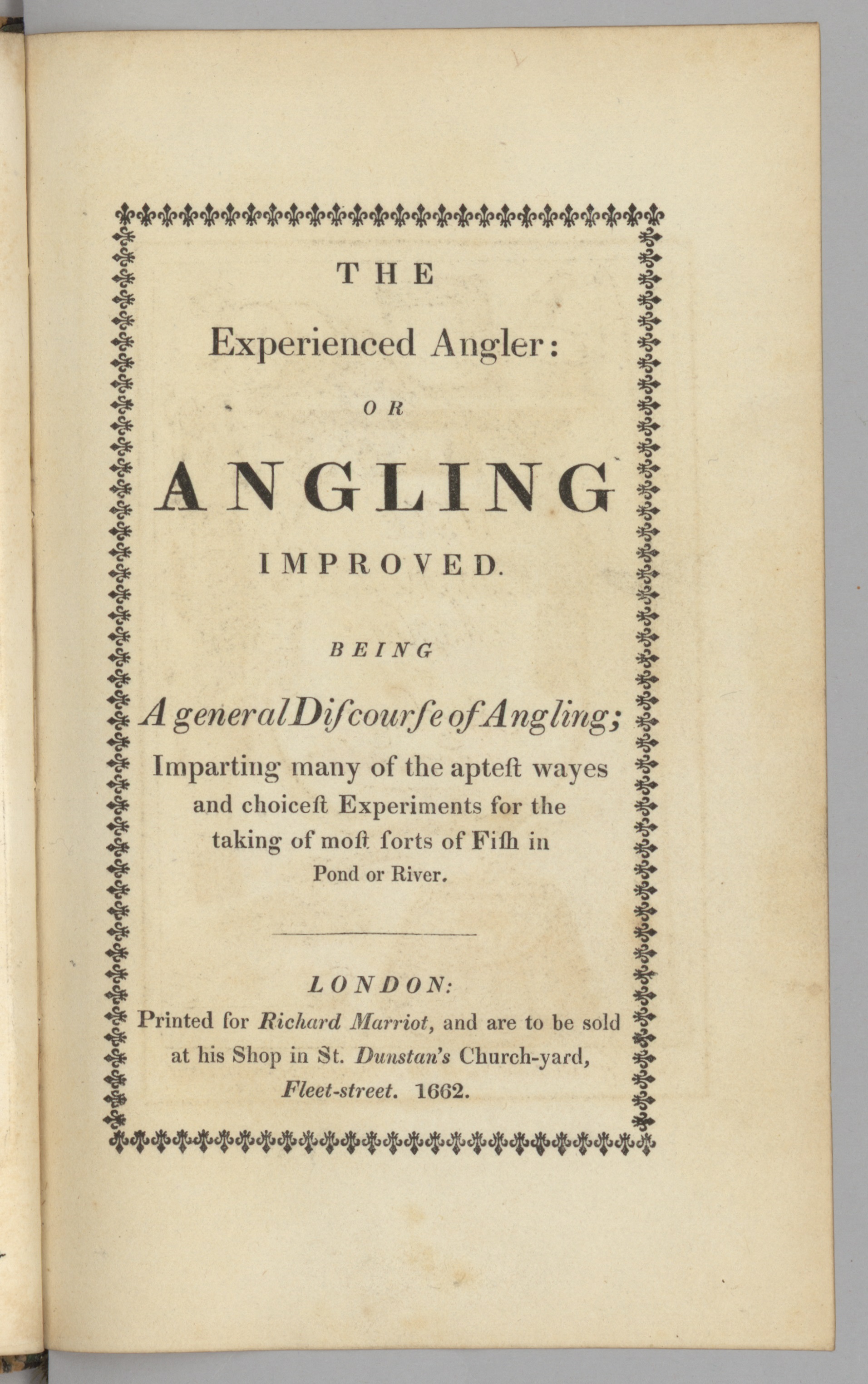 Robert Venables' work, The Experienced Angler, is included in the 1676 edition of The Compleat Angler.  This work was originally published in 1662 and was revised for inclusion in Walton's 1676 edition.  While it is not included in future editions, as is Cotton's work, it is still a significant piece of 17th century literature.

"Make not a profession of any recreation, lest your immoderate love towards it should bring a cross wish on the same." 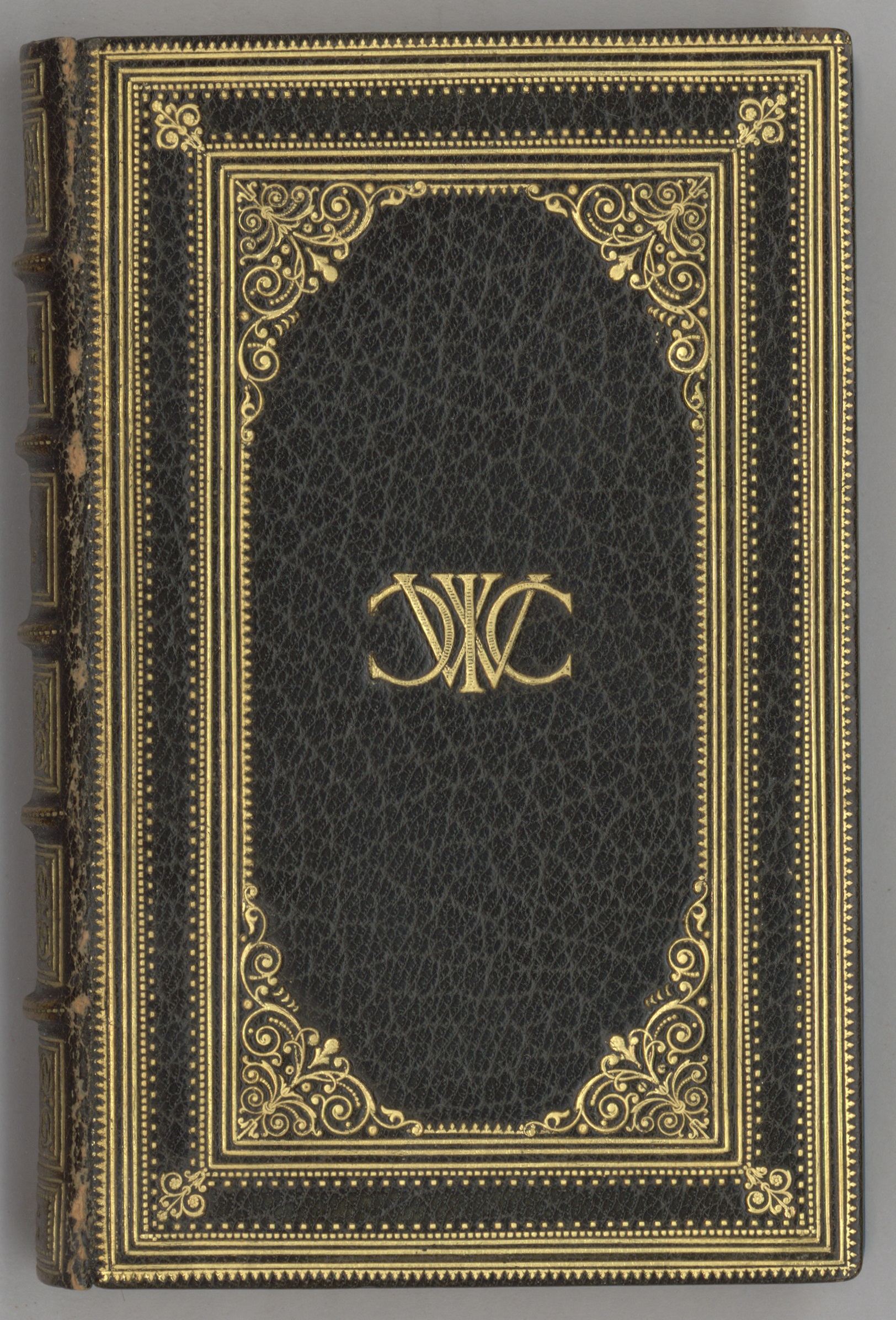 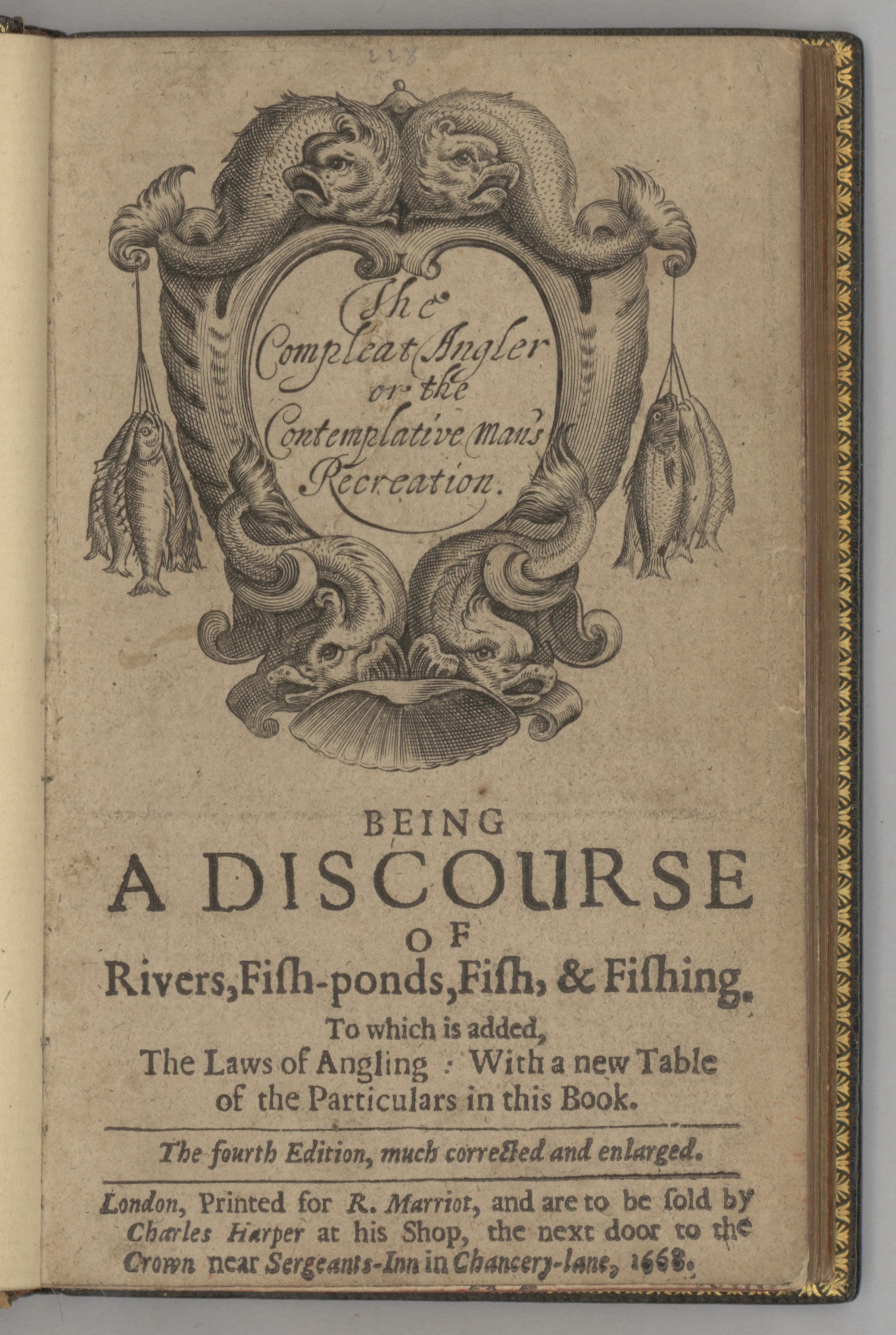 The fourth edition of the The Compleat Angler published in 1668 is a reprint of the 1661 edition with some typographical corrections.  The title page cartouche and the ten small copperplate engravings of fish are the same. 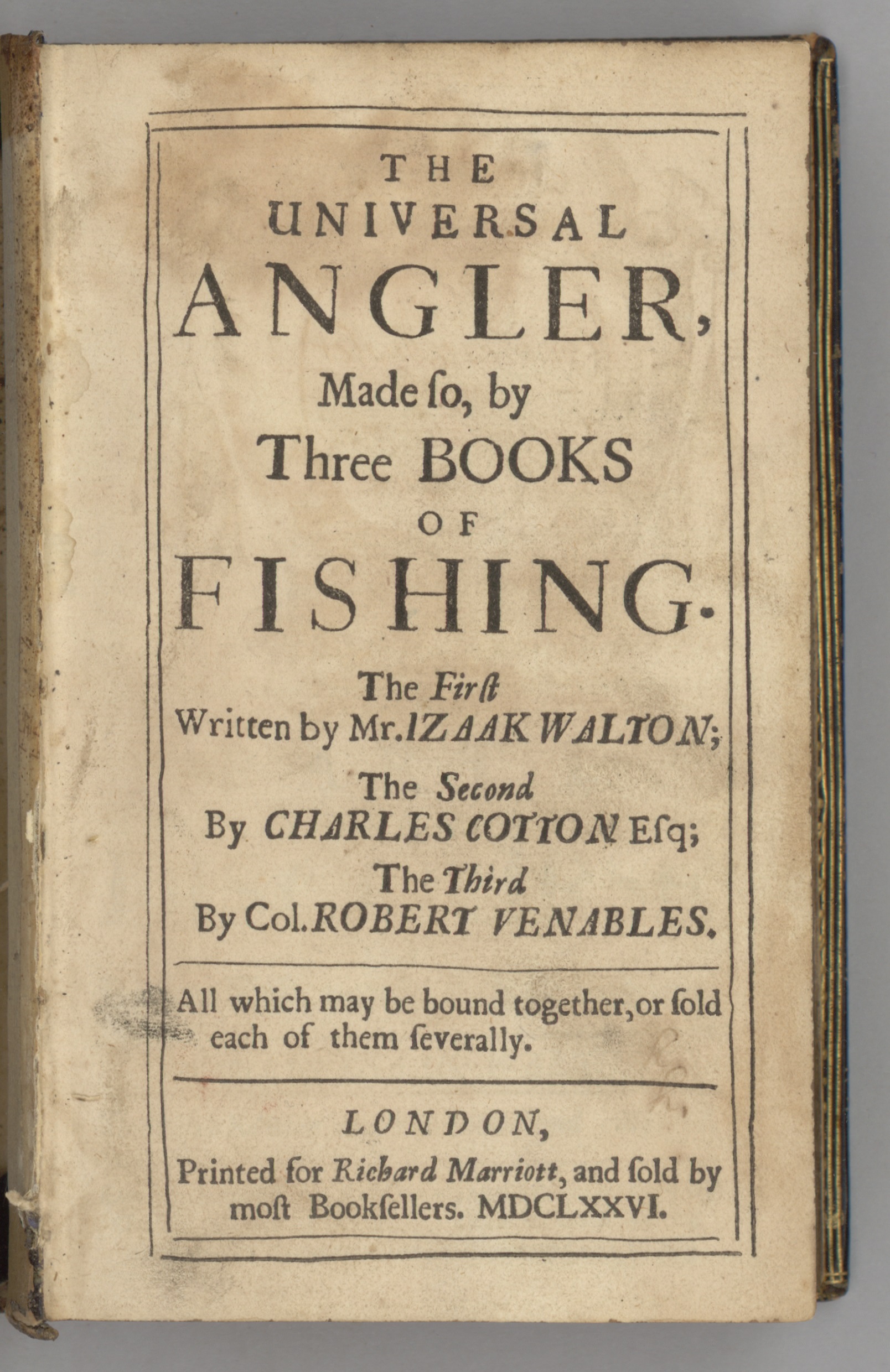 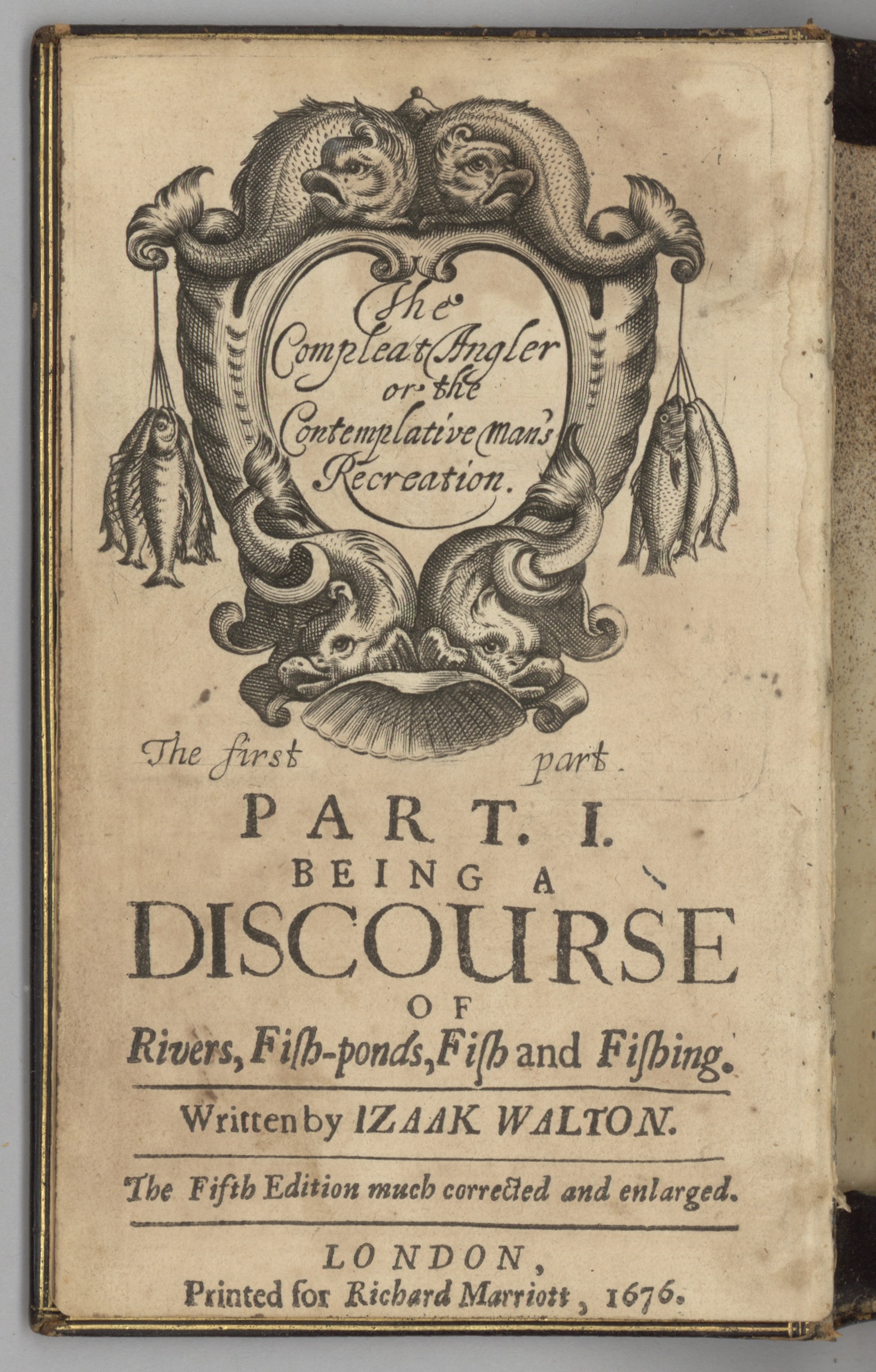 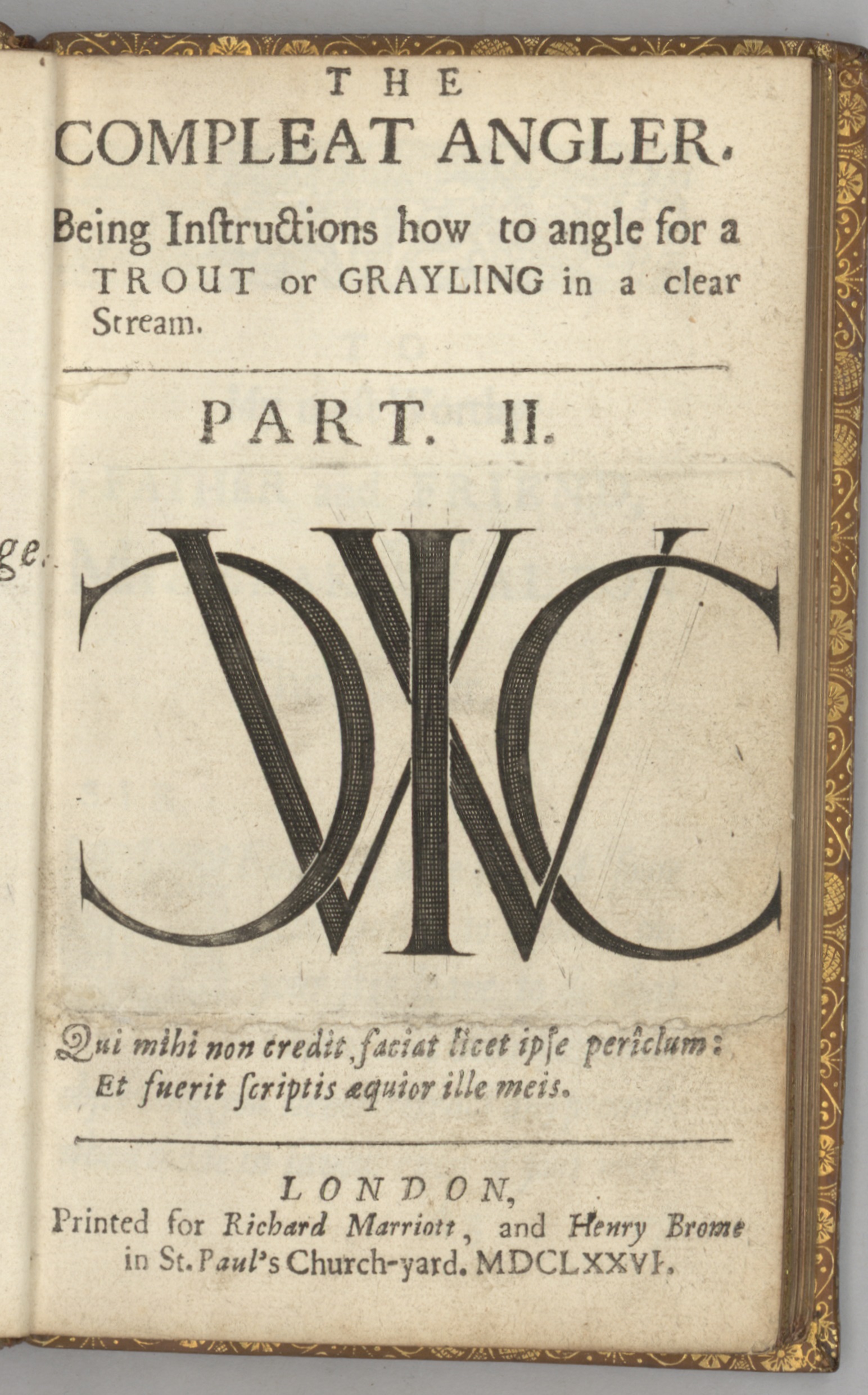 Izaak Walton published the fifth edition of The Compleat Angler in 1676.  It features two original works on fishing in addition to Walton’s text.  Charles Cotton is the author of Part the Second titled, The Compleat Angler Being Instructions how to angle for a Trout or Grayling in a clear Stream.  Robert Venables is the author of Part the Third titled, The Experienc’d Angler.  The 1676 edition is the final edition published during Walton’s lifetime.