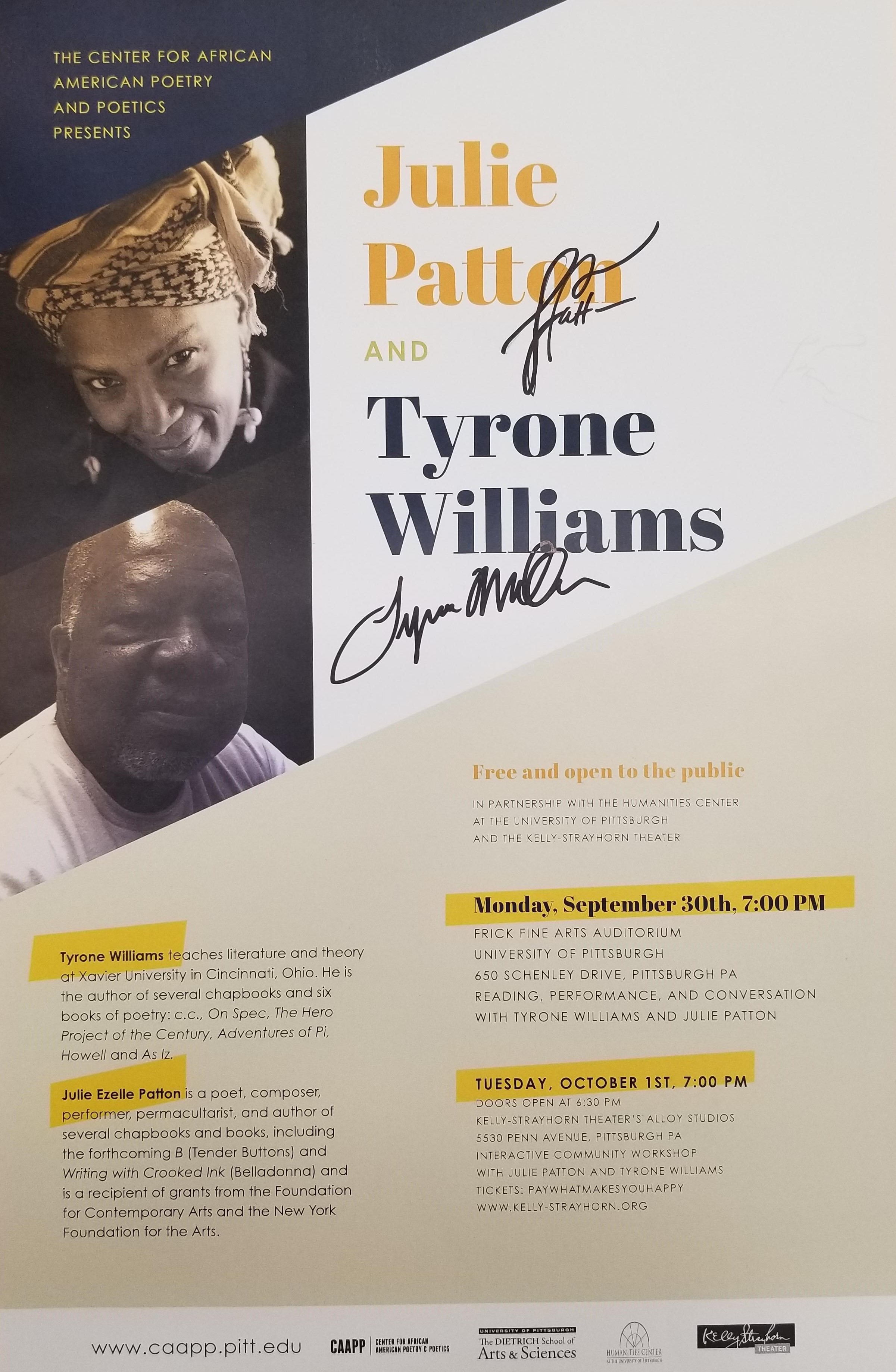 Reading and conversation with Tyrone Williams, literary scholar and author of six collections of poetry, and Julie Patton, poet, composer, performer, permacultarist, and recipient of grants in poetry from the Foundation of Contemporary Arts and the New York Foundation for the Arts.

Williams’s work draws on a variety of sources to challenge and investigate language, history, and race. In an interview with the Volta Williams noted, “I don’t ‘revere’ the English language but I use it and, on occasion, abuse it.” And of his interest in grammar and linguistics, he stated: “every grammatical marker is purposeful … every torque of the language renders ‘meaning’ problematic—which seems to me the precise ‘condition’ of African-American existence in particular and ‘American’ life in general.” 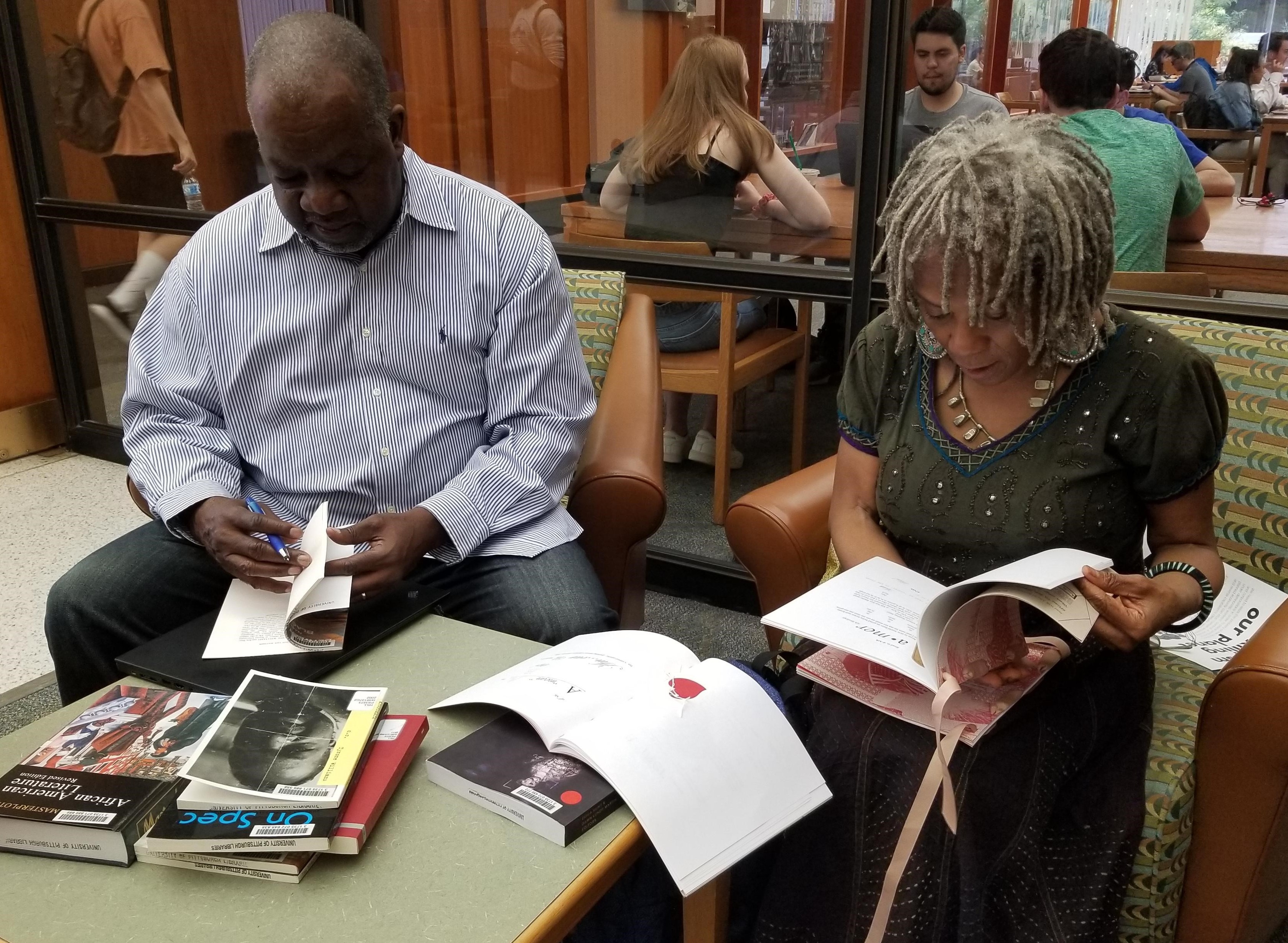