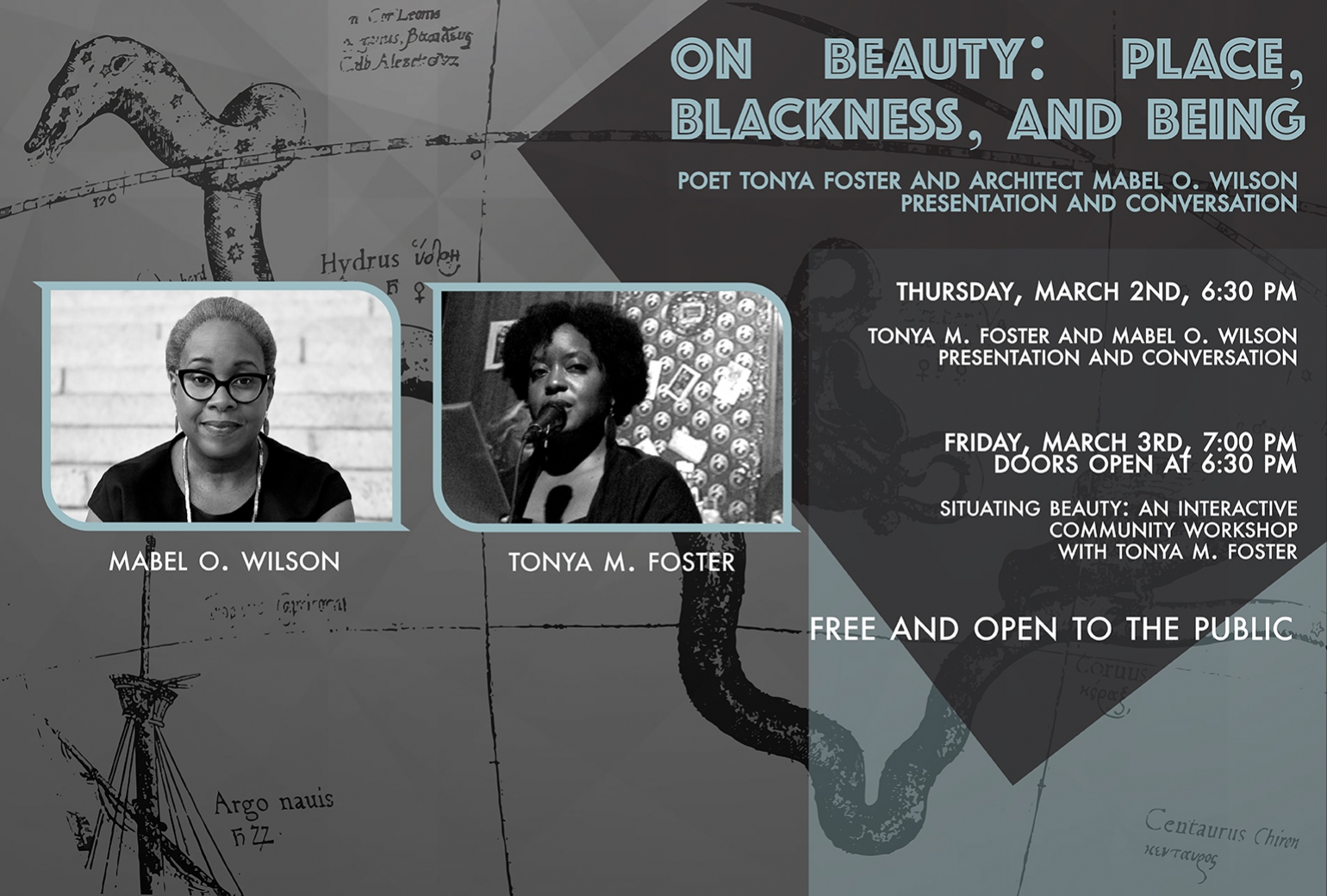 In a unique demonstration of what conversations emerge at the intersection of making poems, critical race theory, and working in the field of architecture, Tonya Foster and Mabel Wilson present their works in progress as well as the discussion that continues to emerge from their conversations about their current projects. On Beauty: Place, Blackness, and Being illuminates the ideas produced when poetry, critical theory, and architecture come together to think though some of the most difficult and enduring problems of place facing black people.

Tonya M. Foster was raised in New Orleans, LA. She is the author of the bilingual chapbook La Grammaire des Os and the poetry collection A Swarm of Bees in High Court, which Stephen Burt describes as “the long-delayed American apotheosis of haiku form.” A coeditor of Third Mind: Creative Writing through Visual Art, Foster has had work published in Best American Experimental Writing (2016), boundary2, Litscapes: Collected US Writings 2015, Callaloo, MiPoesias, Western Humanities Review, the Hat, and elsewhere. Foster has received fellowships from the Ford Foundation, the Mellon Foundation, the Graduate Center, CUNY, the New York Foundation for the Arts, the Macdowell Colony, the Pan African Literary Festival, and elsewhere. She is an assistant professor at California College of the Arts.

Mabel O. Wilson is a Professor of Architecture at Columbia University’s Graduate School of Architecture, Planning and Preservation where she co-directs the Global Africa Lab and appointed as a Research Fellow at the Institute for Research in African American Studies. She has authored Begin with the Past: Building the National Museum of African American History and Culture (2016) and Negro Building: African Americans in the World of Fairs and Museums (2012). Exhibitions of her work have been featured at the Art Institute of Chicago, Istanbul Design Biennale, Wexner Center for the Arts, and the Smithsonian’s Cooper Hewitt National Design Museum’s Triennial. She was honored as a United States Artists Ford Fellow in architecture and design (2011) and named a YBCA 100, San Francisco’s Yerba Buena Center for the Arts annual list of inspirational creative minds (2016). She is a founding member of Who Builds Your Architecture?—an advocacy project to educate the architectural profession about the problems of globalization and labor. 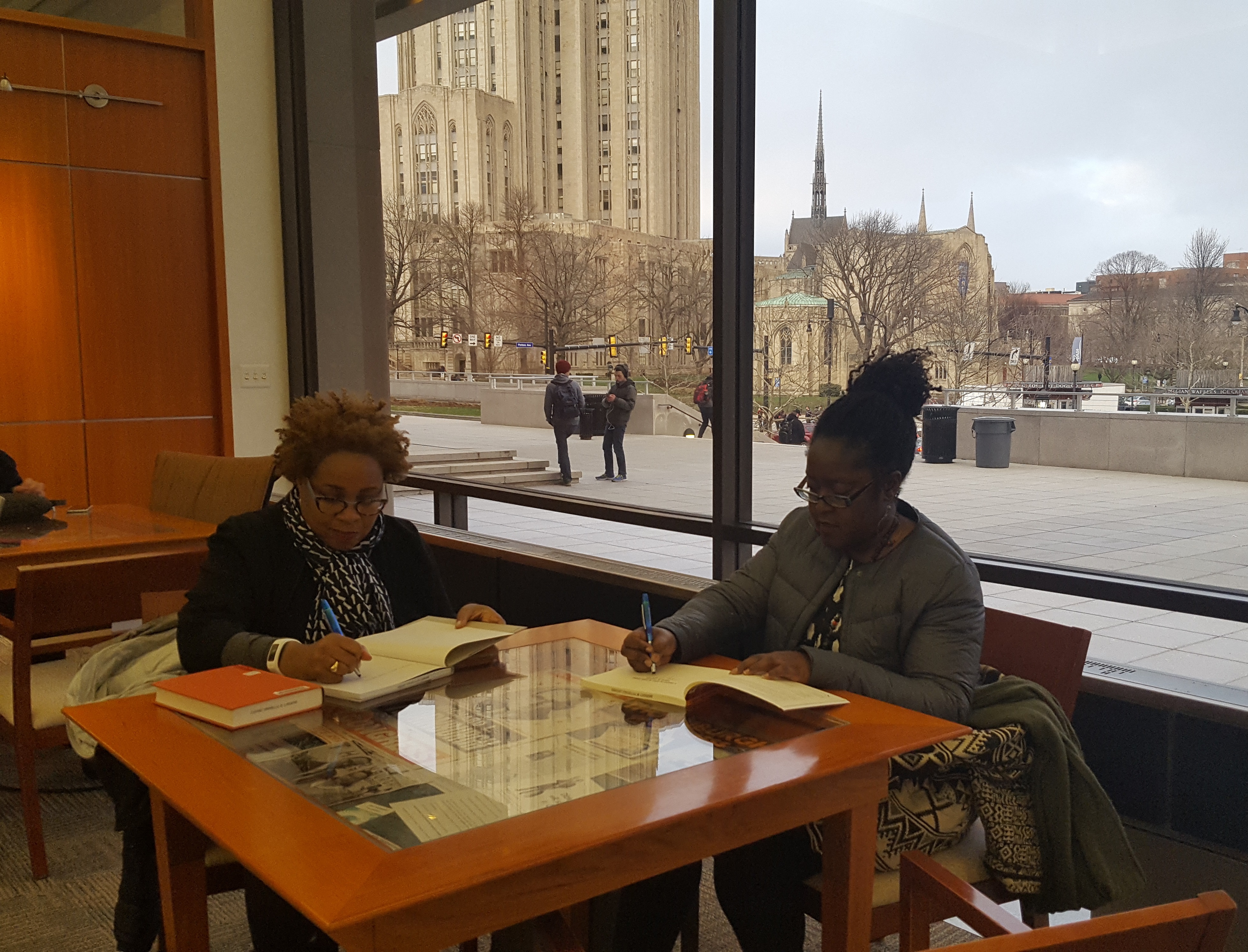