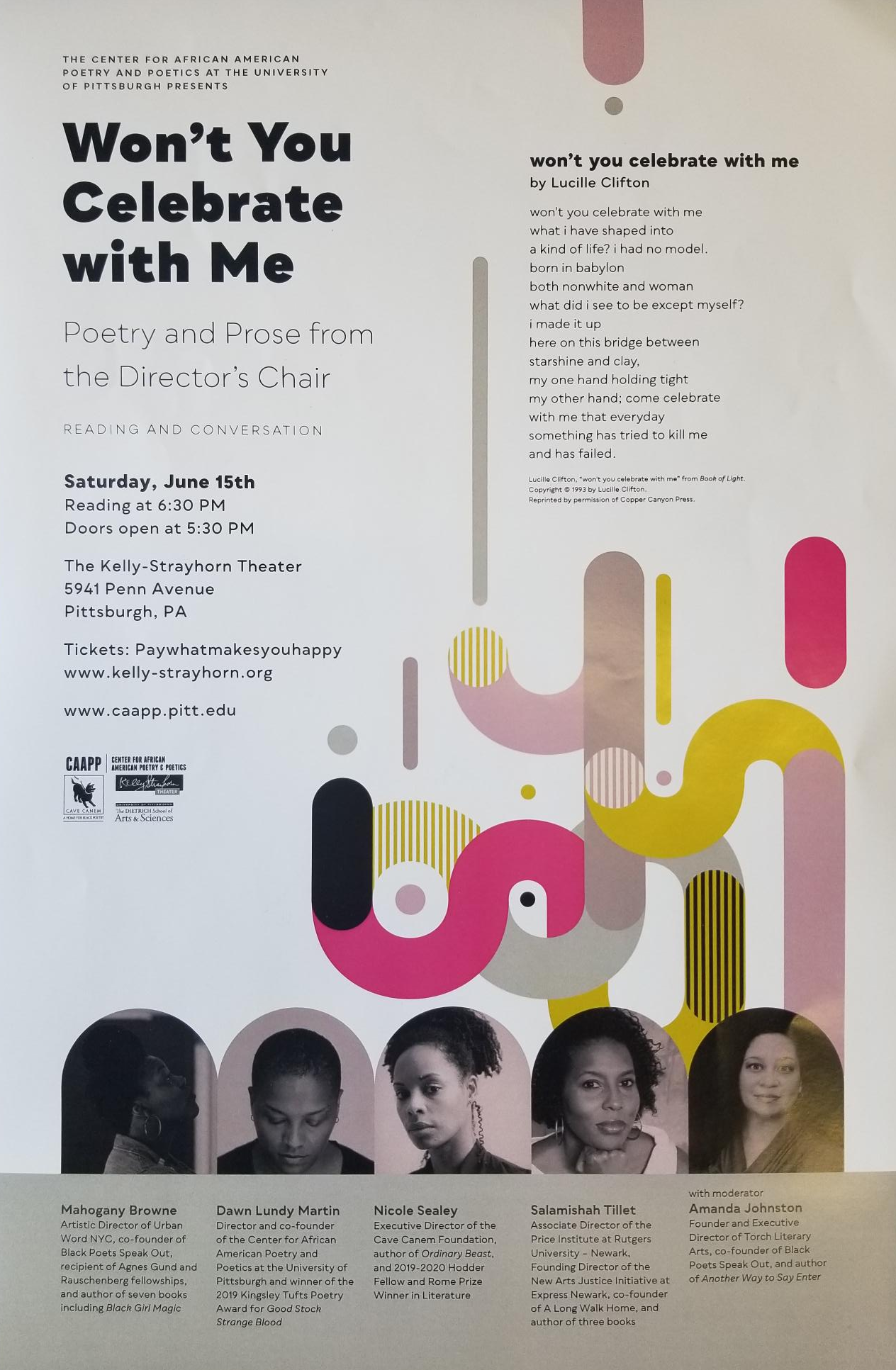 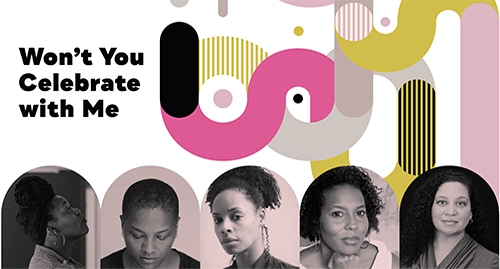 In "won't you celebrate with me," Lucille Clifton writes, "born in babylon/ both nonwhite and woman/ what did i see to be except myself?"

presented in partnership with the Kelly-Strayhorn Theater 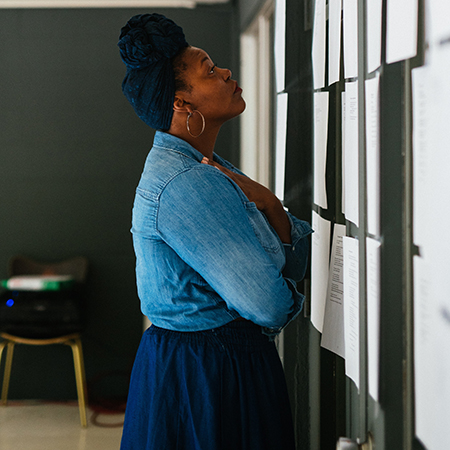 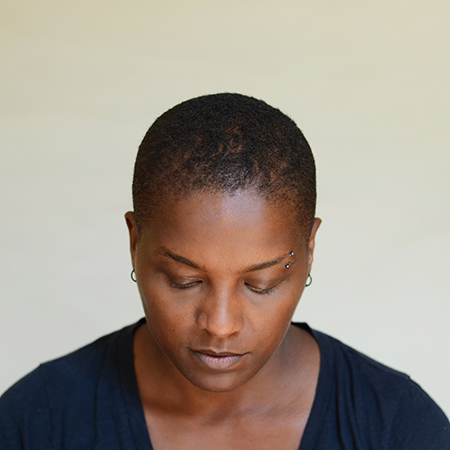 Dawn Lundy Martin is a poet, essayist, and conceptual-video artist. She is the author of four books of poems: Good Stock Strange Blood (Coffee House, 2017), which one the Kingsley Tufts Poetry Award; Life in a Box is a Pretty Life (Nightboat Books, 2015); which won the Lambda Literary Award for Lesbian Poetry; DISCIPLINE (Nightboat Books, 2011); A Gathering of Matter / A Matter of Gathering (University of Georgia Press, 2007); and three limited edition chapbooks. Most recently, she co-edited with Erica Hunt an anthology, Letters to the Future: BLACK WOMEN / Radical WRITING (Kore Press, 2018). Her nonfiction can be found in The New Yorker, Harper's, n+1, and elsewhere. Martin is a Professor of English in the writing program at the University of Pittsburgh and Director of the Center for African American Poetry and Poetics. She is also the recipient of a 2018 NEA Grant in Creative Writing. 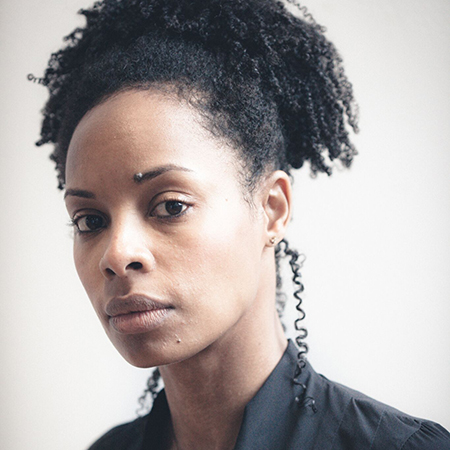 Nicole Sealey was born in St. Thomas, U.S.V.I. and raised in Apopka, Florida, Nicole Sealey is the author of Ordinary Beast, finalist for the PEN Open Book and Hurston/Wright Legacy Awards, and The Animal After Whom Other Animals Are Named, winner of the Drinking Gourd Chapbook Poetry Prize. Her other honors include a 2019 Rome Prize, the Stanley Kunitz Memorial Prize from The American Poetry Review, the Poetry International Prize and a Daniel Varoujan Award, grants from the Elizabeth George and Jerome Foundations, as well as fellowships from the Bread Loaf Writers’ Conference, CantoMundo, Cave Canem, MacDowell Colony and the Poetry Project. Her work has appeared in The New Yorker and elsewhere. Nicole holds an MLA in Africana studies from the University of South Florida and an MFA in creative writing from New York University. Recently named a 2019-2020 Hodder Fellow at Princeton University, she is also the executive director at Cave Canem Foundation, a visiting professor at Boston University and the 2018-2019 Doris Lippman Visiting Poet at The City College of New York. 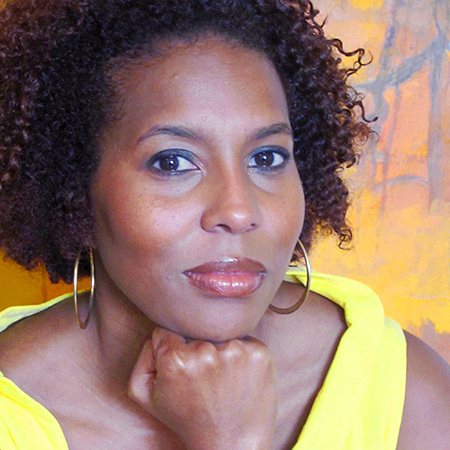 Salamishah Tillet is the Henry Rutgers Professor of African American and African Studies and Creative Writing and Associate Director of the Price Institute at Rutgers University - Newark and the Founding Director of the New Arts Justice Initiative at Express Newark. Tillet is a regular Opinion writer and Culture critic for The New York Times and author of Sites of Slavery: Citizenship and Racial Democracy in Post-Civil Rights America, In Search of The Color Purple: The Story of Alice Walker's Masterpiece and All The Rage: 'Mississippi Goddam' and the World Nina Simone Made.  In 2003, she and her sister, Scheherazade Tillet, co-founded A Long Walk Home, a Chicago-based nonprofit that uses art to empower young people to end violence against all girls and women, and she is the subject and writer of the "Story of A Rape Survivor" multimedia performance. 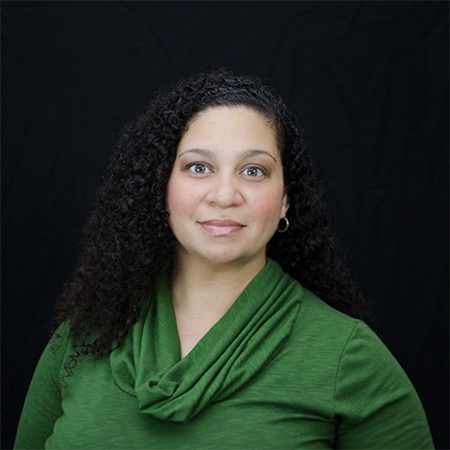 Amanda Johnston was born in East St. Louis, IL and raised in Austin, TX. She began writing poetry while living in Kentucky. Amanda earned a Master of Fine Arts in Creative Writing from the University of Southern Maine. She is the author of two chapbooks, GUAP and Lock & Key, and the full-length collection Another Way to Say Enter (Argus House Press). Her poetry and interviews have appeared in numerous online and print publications, including Callaloo, Poetry, Puerto del Sol, Muzzle, Pluck!, No, Dear and the anthologies Small Batch, Full, di-ver-city, The Ringing Ear: Black Poets Lean South, and Women of Resistance: Poems for a New Feminism. Honors include the Christina Sergeyevna Award from the Austin International Poetry Festival, a joint finalist for the Freedom Plow Award for Poetry & Activism from Split This Rock, and multiple Artist Enrichment grants from the Kentucky Foundation for Women. Amanda is a member of the Affrilachian Poets and has received fellowships from Cave Canem Foundation and the Austin Project at the University of Texas. She is a Stonecoast MFA faculty member, a cofounder of Black Poets Speak Out, and founder / executive director of Torch Literary Arts. She serves on the Cave Canem Foundation board of directors and currently lives in Texas.

Named one of Blavity’s 13 Black Poets You Should Know, Amanda’s work has been featured on Bill Moyers, the Poetry Society of America’s online series In Their Own Words, and the Academy of American Poets Poem-a-Day series. In 2018, she was commissioned to curate a collection of poems for the Poetry Coalition on the theme Where My Dreaming and My Loving Live: Poetry & the Body. She has facilitated creative writing workshops and presented at the Center for African American Poetry and Poetics, Hugo House, Langston Hughes House, Frye Museum, Carver Museum, Brooklyn Museum, Prizer Arts and Letters, NeoSoul Poetry Lounge, Nuyorican Poet’s Café, the Kelly-Strayhorn Theater, Pillsbury House Theater, Rude Mechanical Theater, and at numerous universities and literary venues across the country. 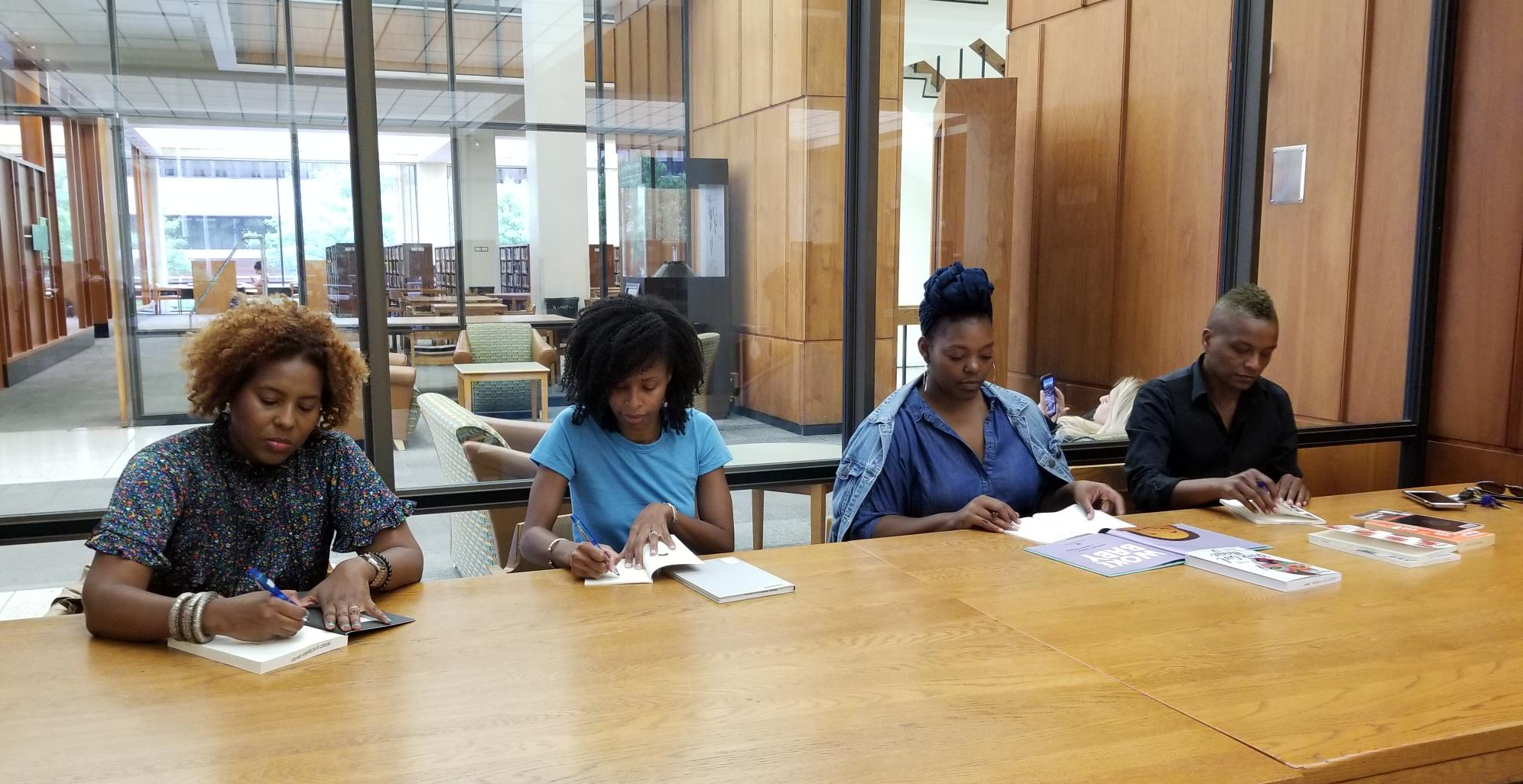 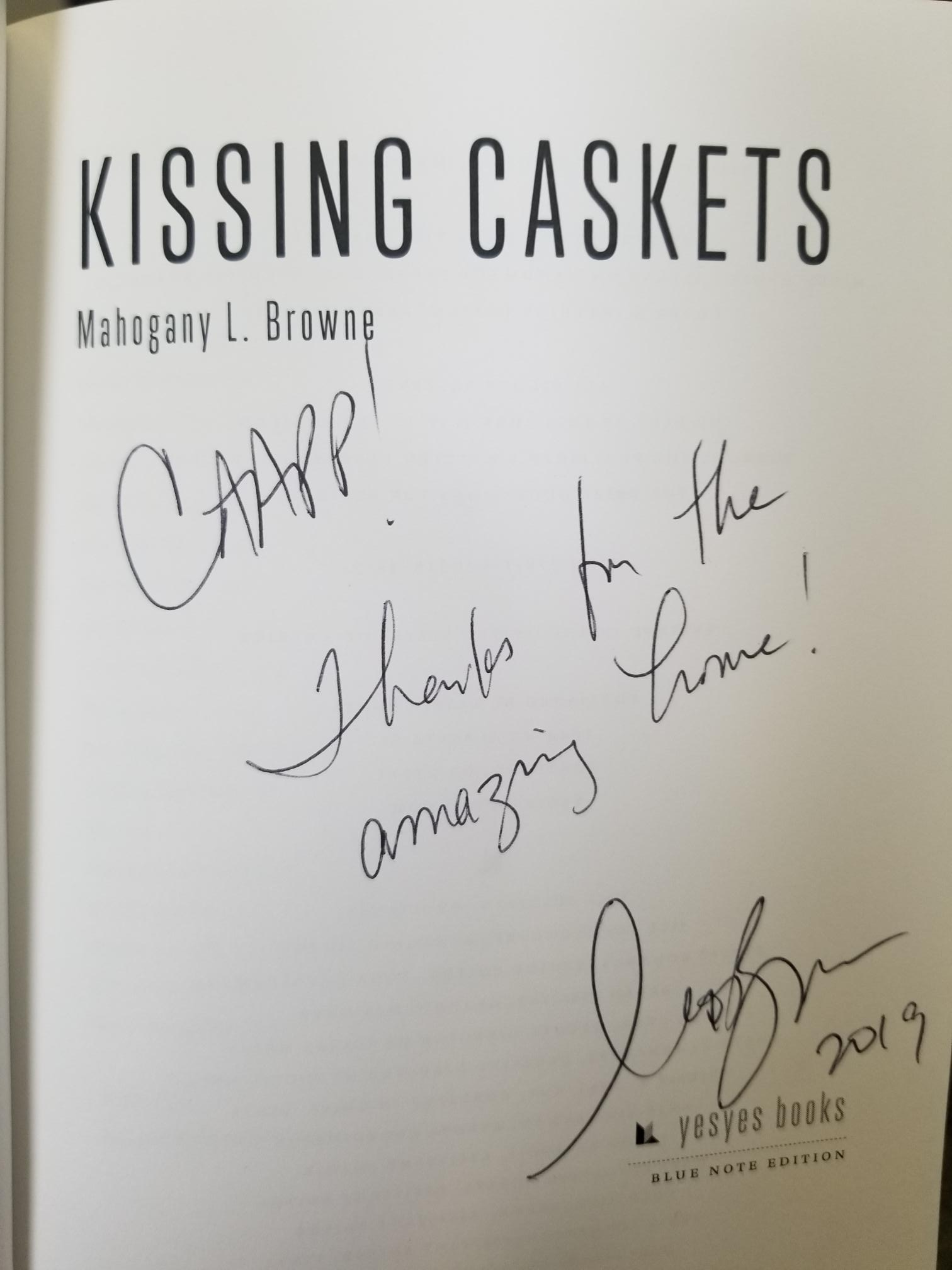