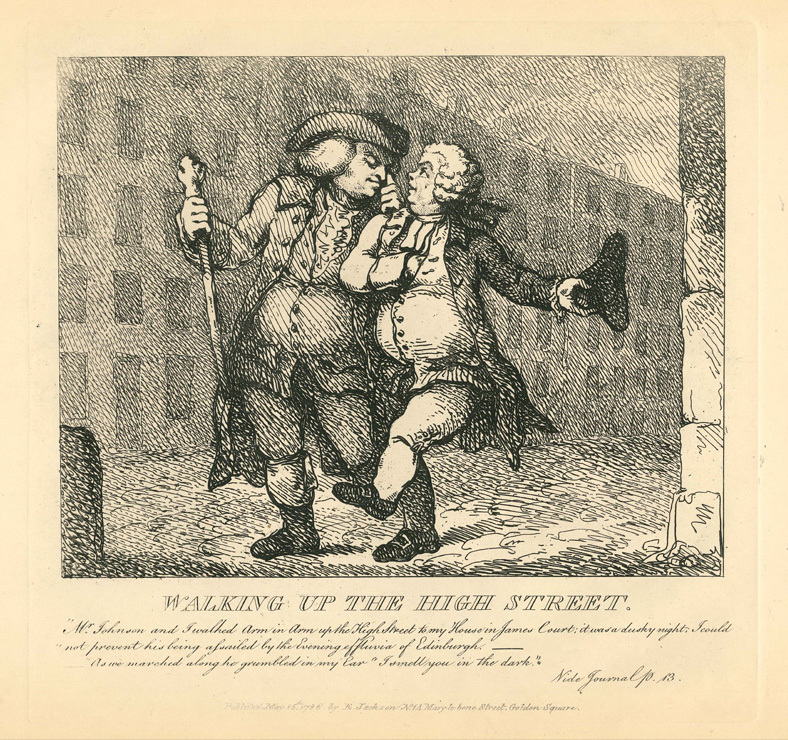 The above etching depicts Boswell and Johnson in a scene from Tour to the Hebrides. The inscription, taken from the book, is as follows: "Mr. Johnson and I walked arm-in-arm up the High Street to my House in James Court; it was a ducky night. I could not prevent his being assailed by the evening affluvia of Edinburgh. --- As we marched along he grumbled in my ear, 'I smell you in the dark.'" 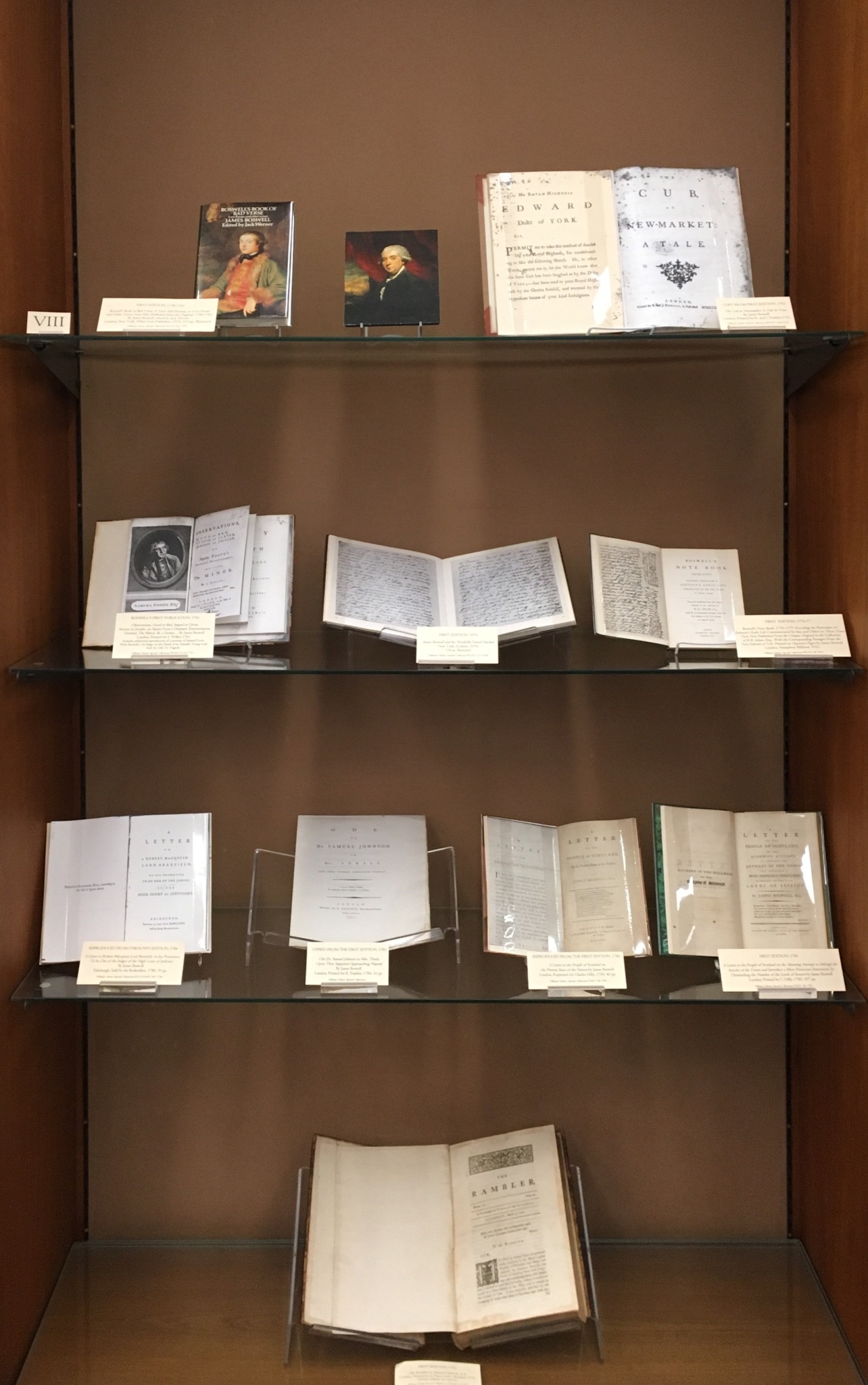 A view of Case VII as displayed for the exhibition.

Second only to his Dictionary of the English Language, The Rambler was Johnson's most important publication. The Rambler was a collection of 200 biweekly essays that explored themes of politics, morality, and philosophy, all written by Johnson. It differed from other periodicals both in its deviation from conventional colloquial language, and its audience. The Rambler was written for the middle class, who may have lacked the breeding and schooling of the elites, but were marrying into higher social circles. Additionally, this primer on social fluency was serious while similar publications were lighthearted. While these unique traits set it apart from other periodicals, they also contributed to The Rambler's lack of popularity upon publication. It has since, however, become recognized as a masterful handling of the English language and rhetorical styling. 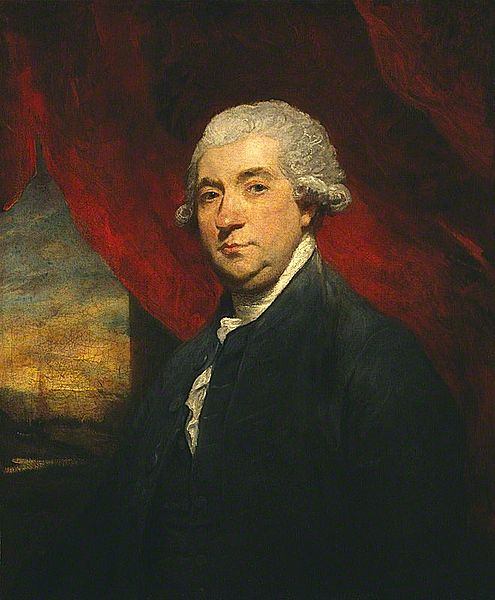