The majority of Boswell's actual journal entries from his days in Holland were lost. What we know about his stay in Utrecht is pieced together from daily memos, letters, some of his French and Dutch themes, a handful of dialogues, and the last three weeks of the journal, which he completed after he had left Utrecht.

This volume picks up where Boswell's London Journal left off, or rather a few days before, on August 1, 1763, shortly before Boswell's departure for Holland, where he continues studying law. It ends with his leaving Utrecht on June 18, 1764, to embark on his tour of the German courts.

One of the better known players in this section of Boswell's life was Isabelle de Charrière (20 October 1740 – 27 December 1805), known as Belle van Zuylen in the Netherlands, née Isabella Agneta Elisabeth van Tuyll van Serooskerken. She was a Dutch writer of the Enlightenment who lived the latter half of her life in Switzerland. Her significant literary career produced a number of plays, pamphlets, and novels, as well as political criticism of the aristocratic class in regards to the French Revolution. Boswell affectionately called her Zélide during his time in Holland, where they had a brief but passionate affair that, much to van Zuylen's dismay, did not result in a marriage proposal. 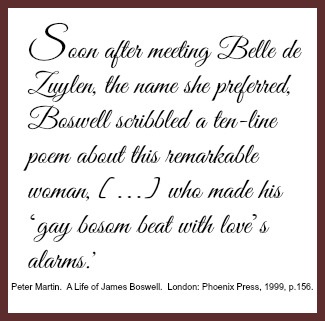 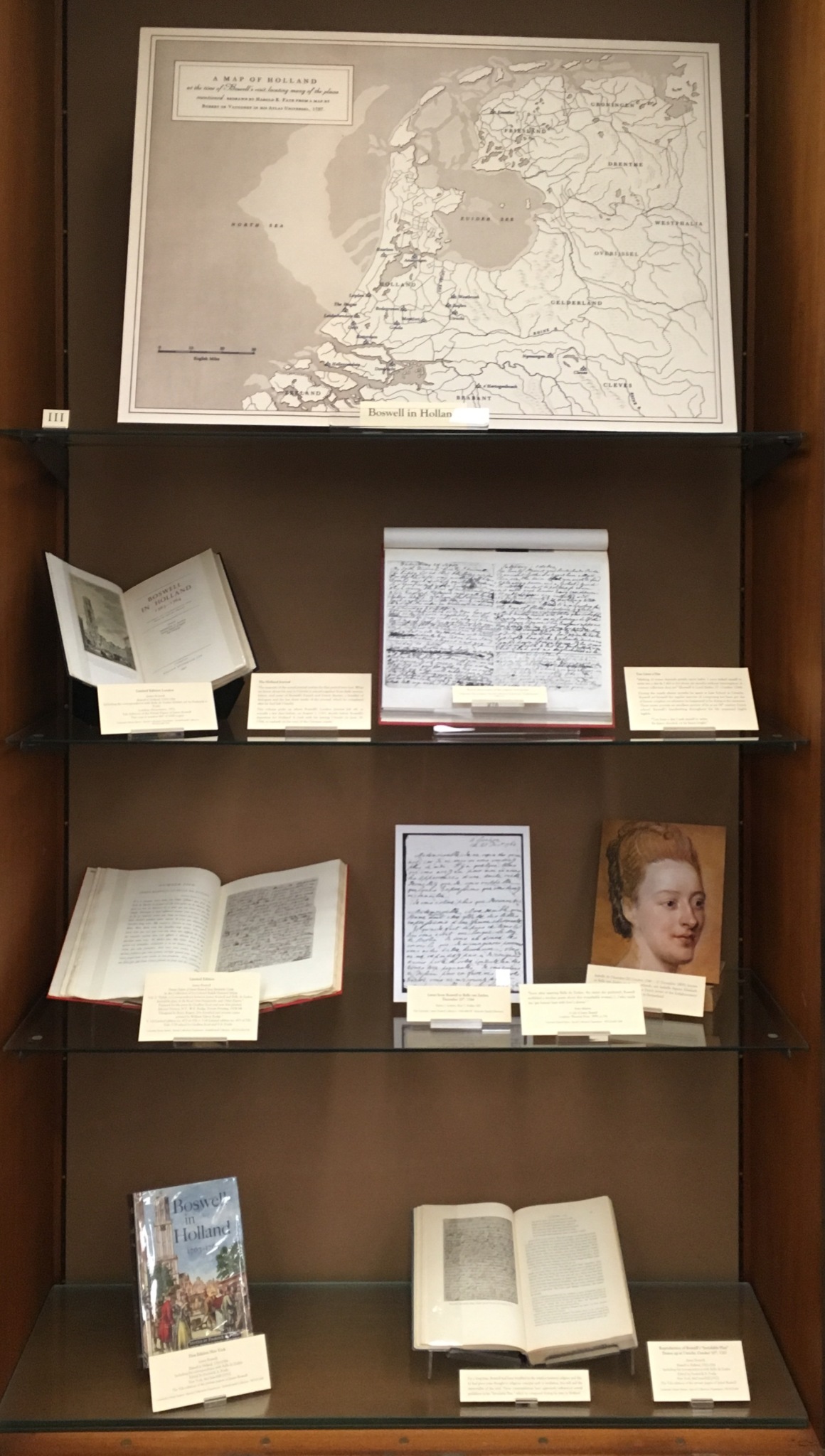 A view of Case III as displayed for the exhibition. 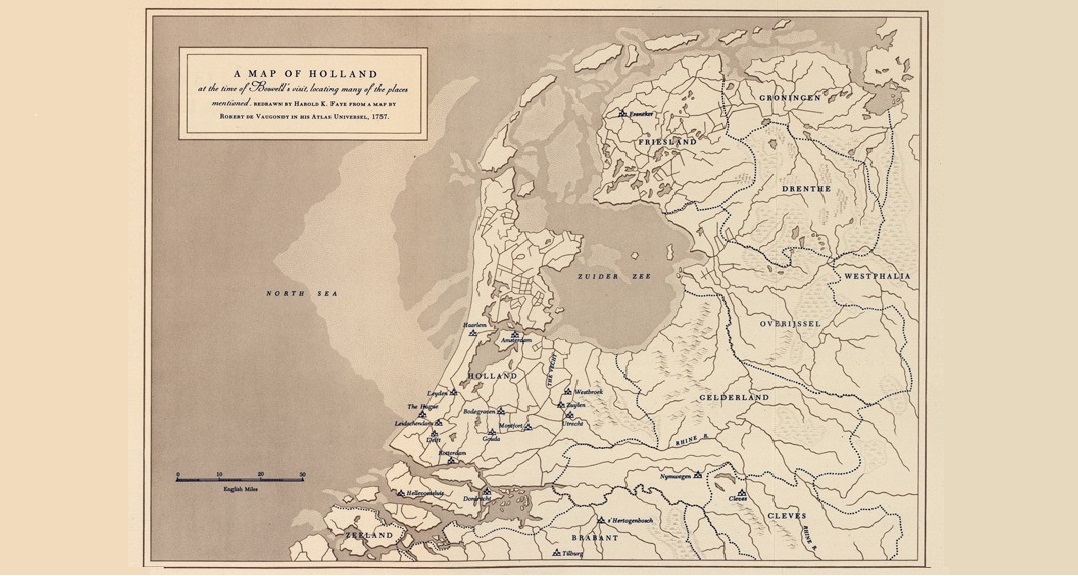 The map on display in Case III, depicting Holland as it stood during Boswell's time there. Several cities he visited are marked, such as Amsterdam, Rotterdam, and Urecht. 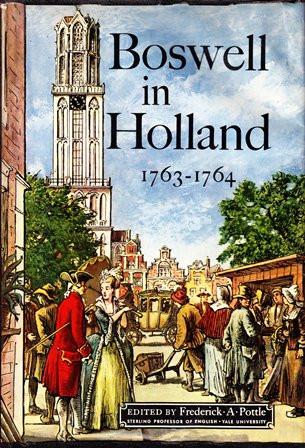 In addition to the above publications, Case III includes a map of Holland, de la Tour's portrait of Belle de Zuylen, bound copies of original manuscripts of The Holland Journal, a scan of a 1774 correspondence between Boswell and Belle de Zuylen, and a copy of Boswell's religiously pensive "Inviolable Plan."

During the nearly eleven months he spent at Law School in Utrecht, Boswell set himself the regular exercise of composing ten lines per day of heroic couplets on whatever he happened to be doing at the moment. These verses provide an excellent picture of life at an 18th century Dutch school. Boswell’s handwriting throughout his life remained highly legible, and examples of his penmanship are on display in various cases throughout the exhibition.