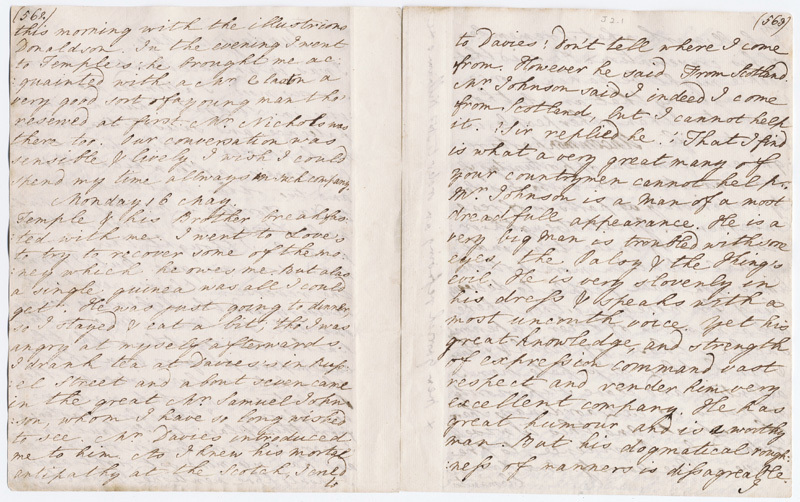 A scan from Boswell's London Journal in which he discusses first seeing London.

​The London Journal is the only one of Boswell's journals that did not undergo extensive familial censorship in the 19th century, and thus it retained the racy material that made The London Journal an astonishing best seller upon its publication in the first of the Yale Boswell publications in 1950.

The journal covers November 15, 1762 to August 4, 1763, documenting Boswell’s affair with Covent Garden actress Louisa Lewis, his friendships with actor and elocutionist Thomas Sheridan and playwright Frances Sheridan, his reunion with his old friend William Johnson Temple, and the beginning of his friendship with Samuel Johnson. We also hear of his joyful life in London, as well as his occasional depression and other illnesses. 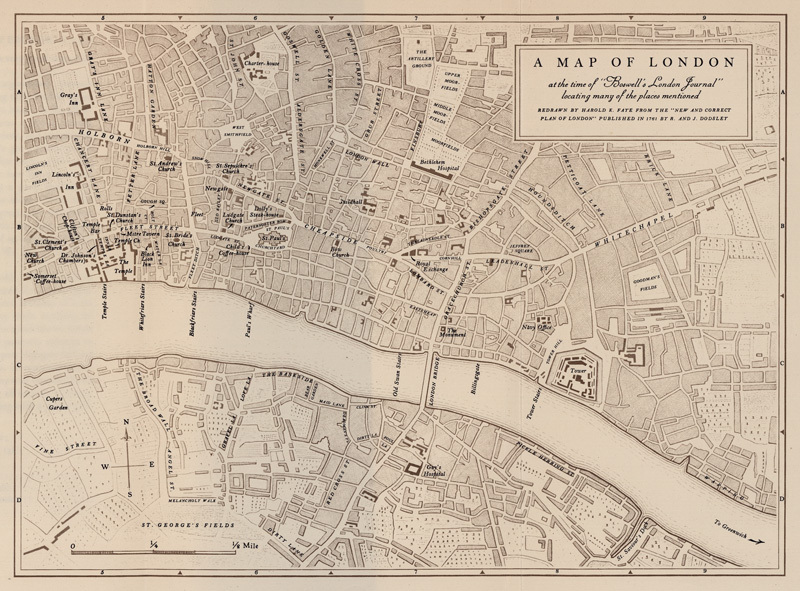 A portion of the map of London on display in Case II. It represents the layout of the city as Boswell experienced it and notes several locations he mentions, such as St. Clement's Church, Dr. Johnson's Chambers, and Newgate Street. 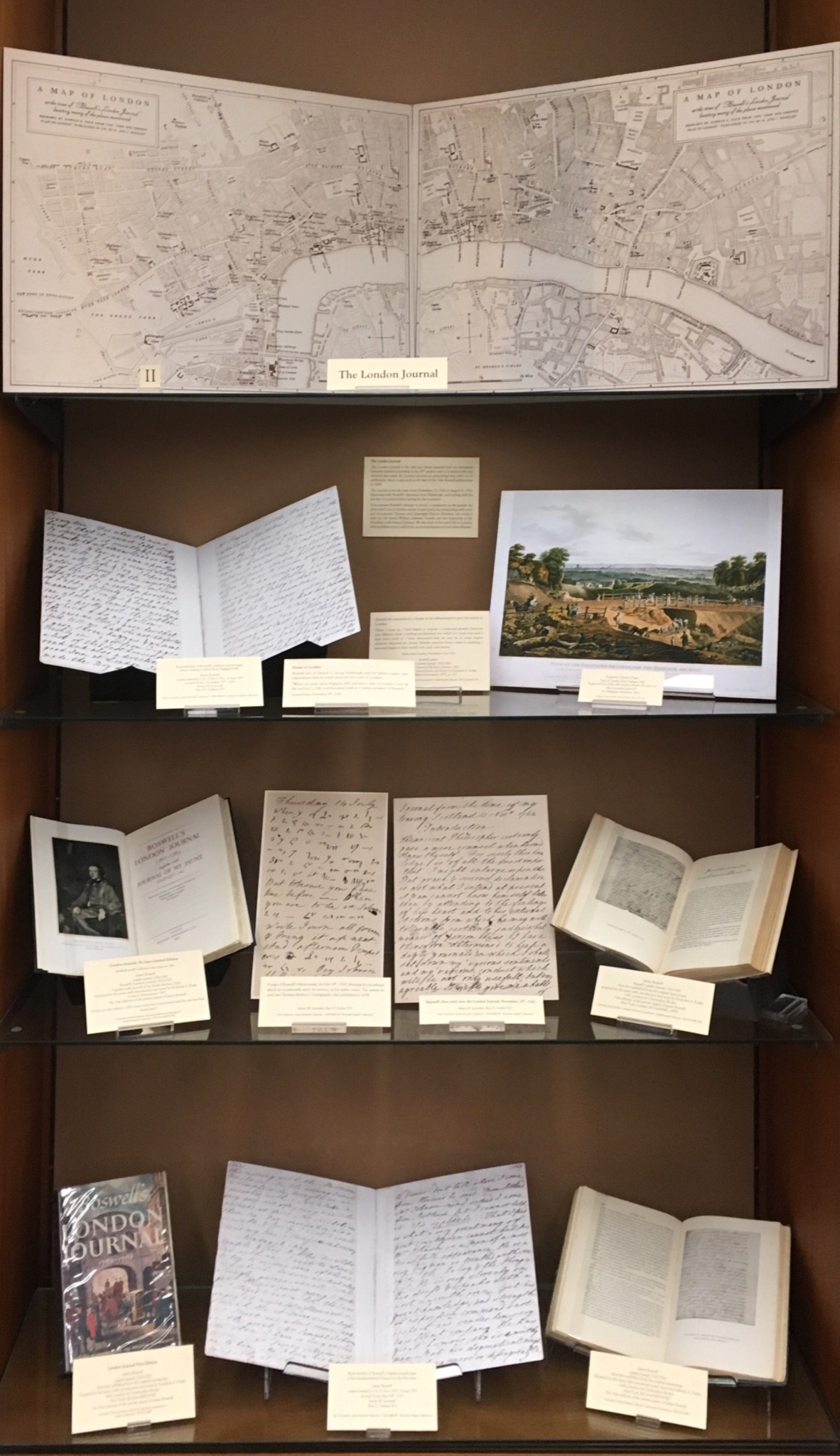 A view of Case II as displayed for the exhibition. 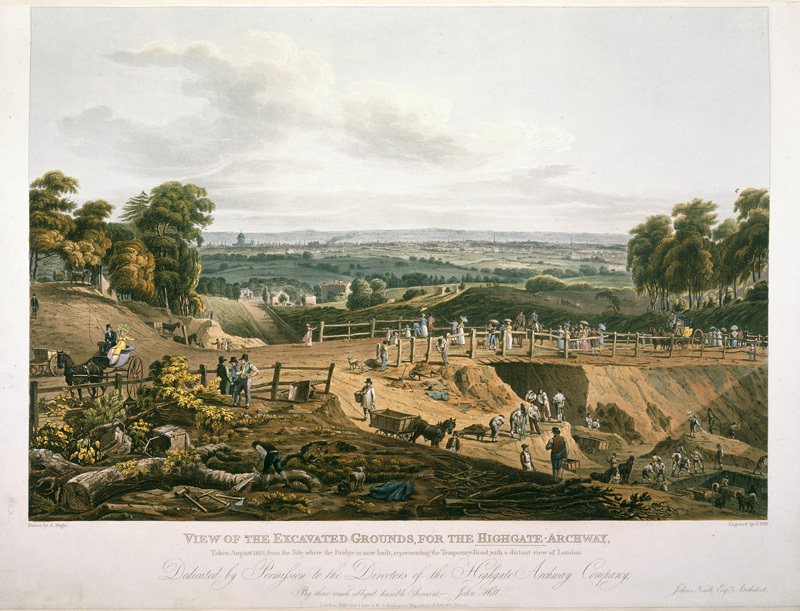 In addition to the above literary works, Case II includes four scans of Boswell's original journal, including his first entry, a page of his shorthand, the entry in which he chronicled his first meeting with Samuel Johnson, and an entry that discusses first seeing London. Several visual aids are also on exhibit, including two large maps of London and the above engraving of A View of London from Highgate Hill.