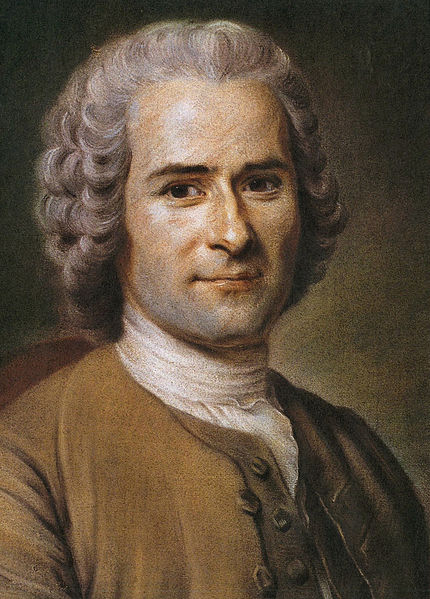 In late 1764, Boswell traveled to the small mountain village of Môtiers, where the philosopher and writer Jean-Jacques Rousseau was living in seclusion. After writing several letters of introduction, Boswell was able to meet and converse with Rousseau six times over a five day period. Boswell recorded these December meetings at length in his diary. At the end of that month he traveled to Ferney, France, near the Swiss border, to meet Voltaire. Boswell engaged Voltaire in a few matters of philosophy, such as Voltaire's conception of God and immortality of the soul, a conversation Boswell recorded in a long letter to his childhood friend, William Johnson Temple. 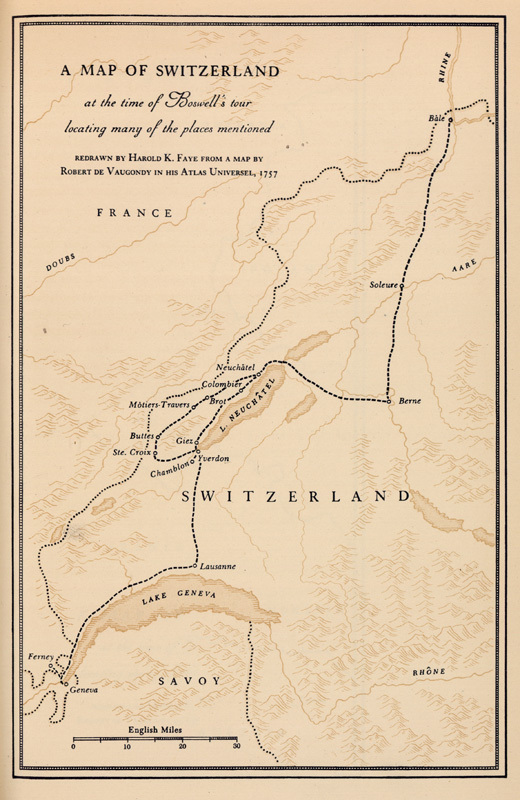 The map of Switzerland included in Case IV, with a depiction Boswell's tour route and the cities he stopped in. 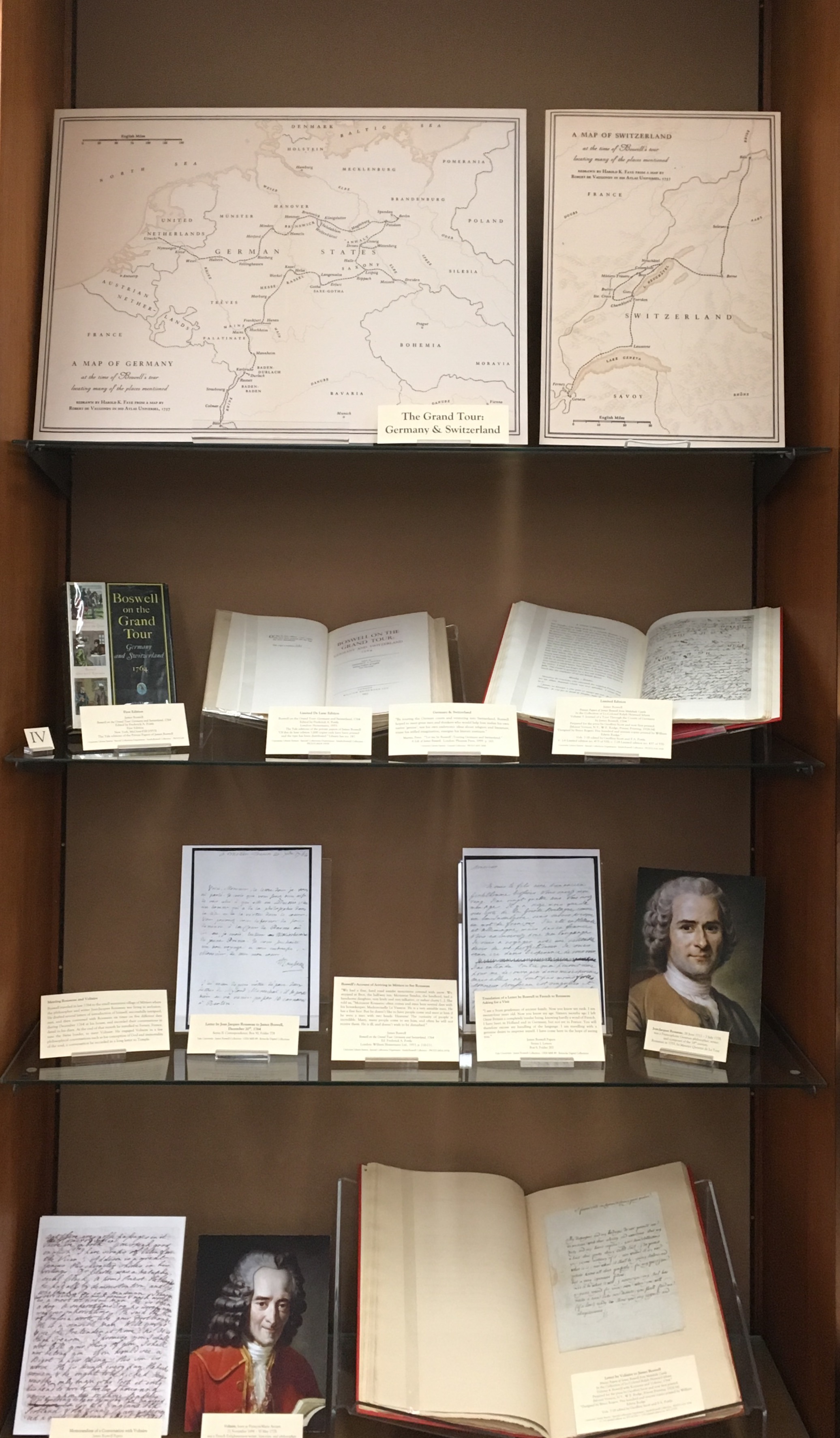 A view of Case IV as displayed for the exhibition. 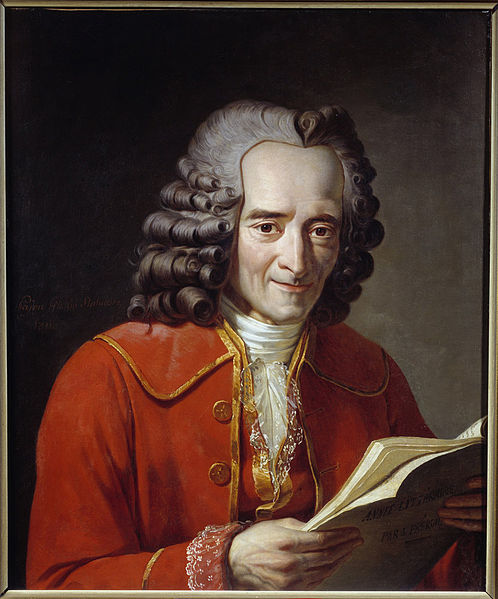 In addition to the above publications and the map of Switzerland, the case includes a map of Germany outlining Boswell's tour route, scans of letters exchanged between Rousseau and Boswell, and a scan of a letter that Voltaire wrote to Boswell.