Case X contains the writings of Boswell that concern his life apart from Johnson and the Grand Tour. Though The London Journal and his Grand Tour journals are the most popular and well-known of his personal writings, Boswell also kept a diary for the majority of his adult life. The entries from his diaries have been organized and published since their discovery at Malahide Castle in Ireland. The volumes included in Case X span the entirety of Boswell's life, from his graduation form Edinburgh University and his marriage to Margaret Montgomerie (Boswell in Search of a Wife) to his meeting with David Hume only weeks before the philosopher's death (Boswell in Extremes).

Some of Boswell's other important publications include Dorando, A Spanish Tale (1767), which was fictional but a thinly-veiled allusion to the captivating legal battle between minor nobility for the Douglas Estates. He was also responsible for a collaborative critique of the tragic play 'Elvira' in Critical Strictures on the New Tragedy of 'Elvira', written by Mr. David Malloch (1763). One of Boswell's more infamous pieces is the poem No Abolition of Slavery; or the Universal Empire of Love, (1791) which venerated the practice of slavery on the grounds of the 'happy slave narrative.' 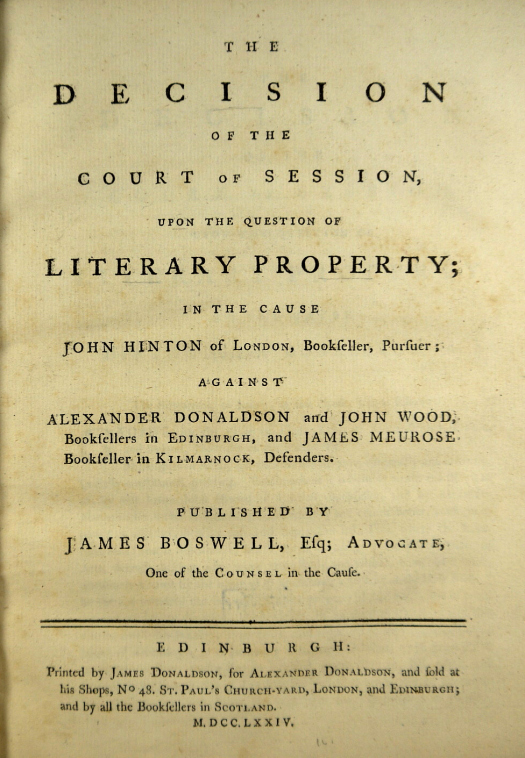 The title page of The Decision of the Court of Sessions Upon the Question of Literary Property, published in 1774.

The Decision of the Court of Sessions Upon the Question of Literary Property, pictured above, chronicles Boswell's most successful endeavor as an advocate for the defense of Alexander Donaldson in Donaldson v. Beckett. The case concerned the infringement of literary property rights, specifically the expiration of the copyright of publications and their subsequent entrance into the public domain. The case is also touched upon in the latter half of Boswell for the Defense, 1769-1774. 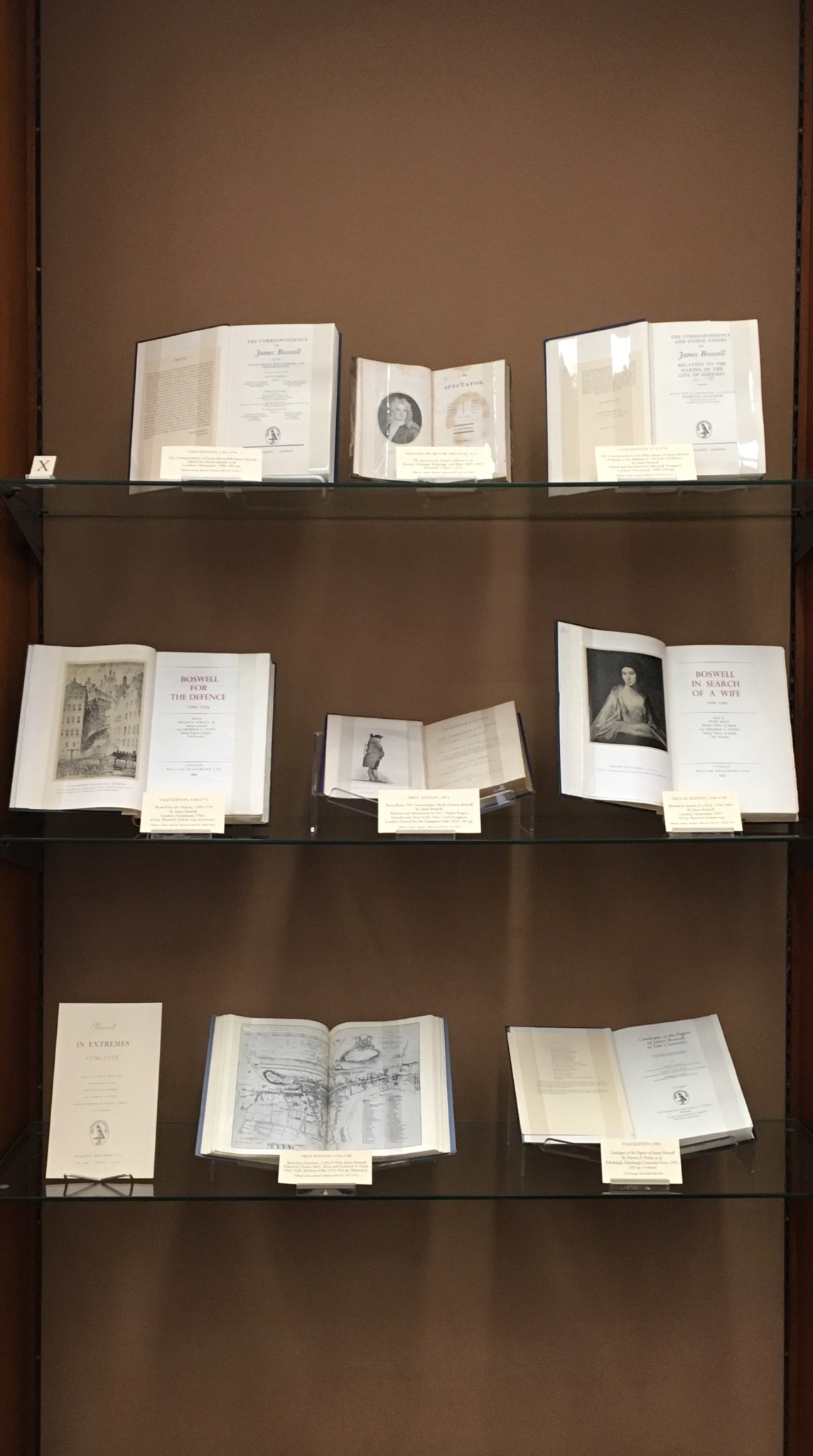 A view of Case X as displayed for the exhibition.

Dialogue in the Dark, a semi-fictitious interpretation of Boswell and Hume's meeting shortly before the death of the latter, adopted partially from Boswell's account in Boswell in Extremes, 1776-1778. 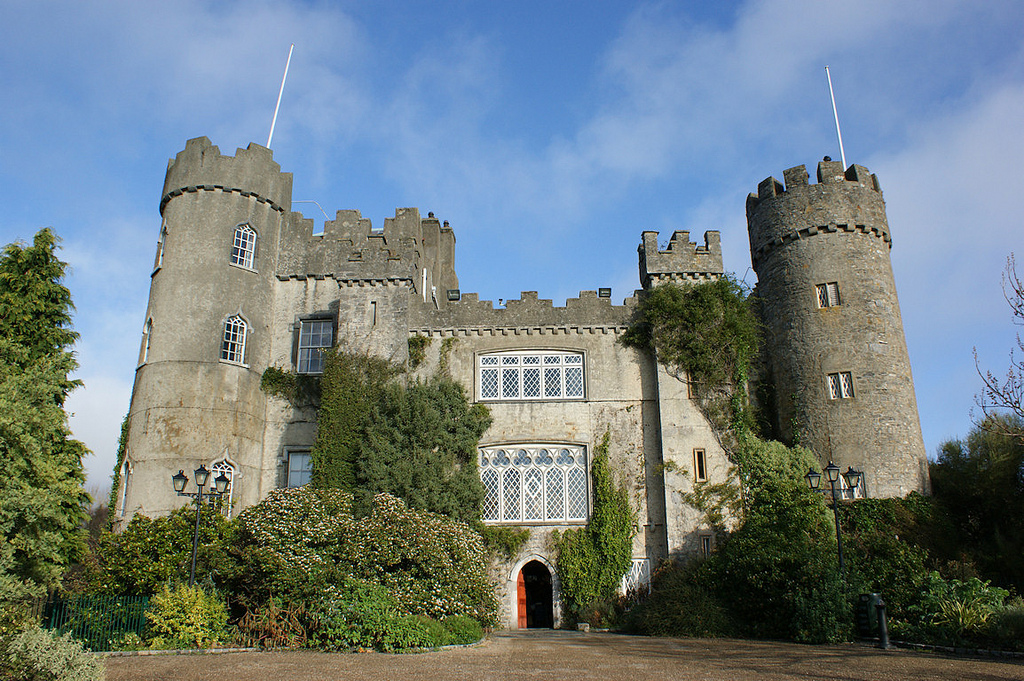 Ireland's Malahide Castle, where the majority of Boswell's papers were discovered. 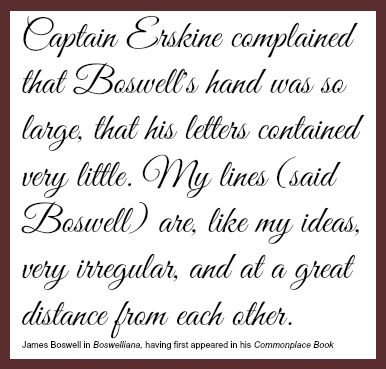