And so often you have a common problem. You have a common goal and you have to negotiate with the head of one company. They don't compartmentalize themselves, so why should labor do that? At least, that's the way I see it.

Marie Downey Balent, born in East Pittsburgh in 1915, came from a family of Westinghouse workers. Her Irish father worked at Westinghouse as a machinist, while her mother had previously worked there before getting married. Marie was the oldest of five children. She gained employment at Westinghouse at the age of 19, as her father had been trying to get jobs for her brothers but there was only a job available for a girl. Balent worked in a variety of departments, ranging from motors to switch gear. Although she was laid off during the recession year, Balent was brought back in and continued to work at Westinghouse for the rest of her working life.

Because her father, Thomas Downey, was one of the charter members of the union in Westinghouse, Marie also joined the union for better wages and better working conditions. The first sit-down strike, in which both men and women were involved, occurred around 1940. Marie also noted during her interview that there was a great disparity between women's and men's pay. The top of the women's key sheet was lower than the bottom of the men's key sheet. Marie worked in the same group as Margaret Darin Stasik.

Maxine Clarke was born in Uniontown, but her family moved to Erie when she was young. Her father was a chiropodist and her mother was a housewife. Maxine never completed high school. She dropped out in 12th grade and joined the workforce, holding a number of positions during her life. When World War II broke out, she worked for Graham Page in Detroit, a company that had a war contract and made parts for airplanes. In 1946, she was hired by General Electric. She worked there for eleven years.

While working for General Electric, Maxine's duties varied. She was a stewardess in Building 18, before she was laid off and called back three times. She also worked in Air Conditioning. According to Maxine, she was a Grade 15 worker, or "Pusher", who filled in for both men's and women's roles. Eventually, she was placed on night shift, during which time she was the only woman in the building. Eventually, another woman was placed on night duty to clear offices.

When Maxine started working in the plant, there were only about 200 black workers in all 3 places. However, by the time she left there were thousands. The proportion of workers in Building 18 was roughly 70 men to 30 women. Women did jobs such as wiping doors, screwing in things, and washing boxes.

Edith Hill was from Erie. She did not finish high school, getting married after completing 11 years. Right after World War II, she obtained a job at GE in refrigeration. She initially worked in Building 52, eventually switching to Building 13 to become a brazier. Just like Maxine Clarke, Edith Hill could do every job, regardless of whether it was a man's or woman's job. However, her main job was using an acetylene torch to put parts together.

Generally, Edith did not mind working for General Electric. However, as she said, "The only thing that I didn't approve of was that you could drop over dead and they wouldn't stop that line. A woman fell off the platform, broke her back and they never stopped the line."

Edith was active in unions even before she began working at General Electric. Everyone in her department voted for the IUE. She estimated that majority of workers in her building were women. Although there were women of many different nationalities, including Polish, German, and Italian, there were mostly Polish and German workers. Edith could only remember one black worker.

Rose Meer was born in 1906 in North Braddock. Both of her parents were immigrants from Budapest, Hungary. Her father was a machinist for US Steel in Homestead, and her mother was a housewife. Rose graduated high school, got married, and had a son. After getting divorced, she needed a source of income to support herself and her child. She went to work for Westinghouse and stayed there for 43 years. Rose Meer was involved with union efforts from the beginning, although she was a supporter of the UE and not the IUE. In the Motor Division, Rose helped to organize the union, along with Mary Kelly, Margaret Darin Stasik, and others.

When Rose started at Westinghouse, she was paid 27 cents an hour for winding coil in section "E" from 4:30 to 10 in the evening. She then transferred to coils and taping. After the union came in, workers could bid on jobs. Women, including Rose Meer, were able to bid on the same jobs as the men. Girls usually bid on electrical jobs such as resistor boards, wiring, spinning, and drill presses. Most women were at the bottom of the rate scale and had to fight for equal pay with men of the same jobs. After World War II, the women who usually worked on men's jobs were mostly the ones who did it during the war and had years of service and experience.

Margaret Darin Stasik was the first Recording Secretary of the United Electrical, Radio, and Machine Workers of America (UE) for East Pittsburgh Local 601 in 1935. She was one of three sisters who worked for Westinghouse Electric in East Pittsburgh. Stasik began working for Westinghouse Electric in 1929 as an assembler, and she became extremely involved with the organizing campaign of the local union in the 1930s. She attended the Bryn Mawr Summer School for Women Workers, as well as the Brookwood Labor College. Stasik also helped to organize the First UE Women’s Conference in District 6.

In 1942, Stasik faced discrimination when she requested employment at a company and was denied a proper answer for her rejection. However, on April 20th of that same year, she was placed on the International Staff of the UE in the temporary position of Field Organizer. On September 13th, she was unanimously voted onto the payroll of Local 724 as its business agent. She advocated for “Equal Pay for Equal Work”, and was extremely active within Local 601. The UE was also very supportive of women's rights within the workplace.

Margaret Darin Stasik was interviewed in 1977 as part of the Western PA Electrical Workers, Project 49. 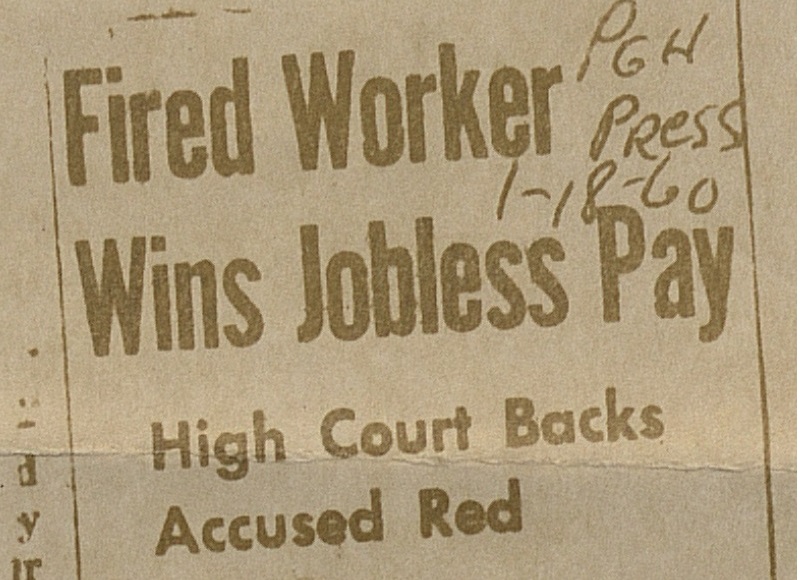 After being fired from Westinghouse Electric Company, Darin filed a case hoping to gain unemployment benefits in 1959. She also believed that she was entitled to compensation for the sick days she had taken prior to the termination of her employment. The Darin Unemployment Compensation Case was argued on November 9, 1959 before the Supreme Court of Pennsylvania at Philadelphia. In 1960, the Pittsburgh Press reported that the State Supreme Court had ruled that an employer could fire an employee without a reason, but unemployment benefits could not be withheld from the employee if there was no willful misconduct (above image). Darin received the compensation she had sought, although she still suffered from the loss of her job. 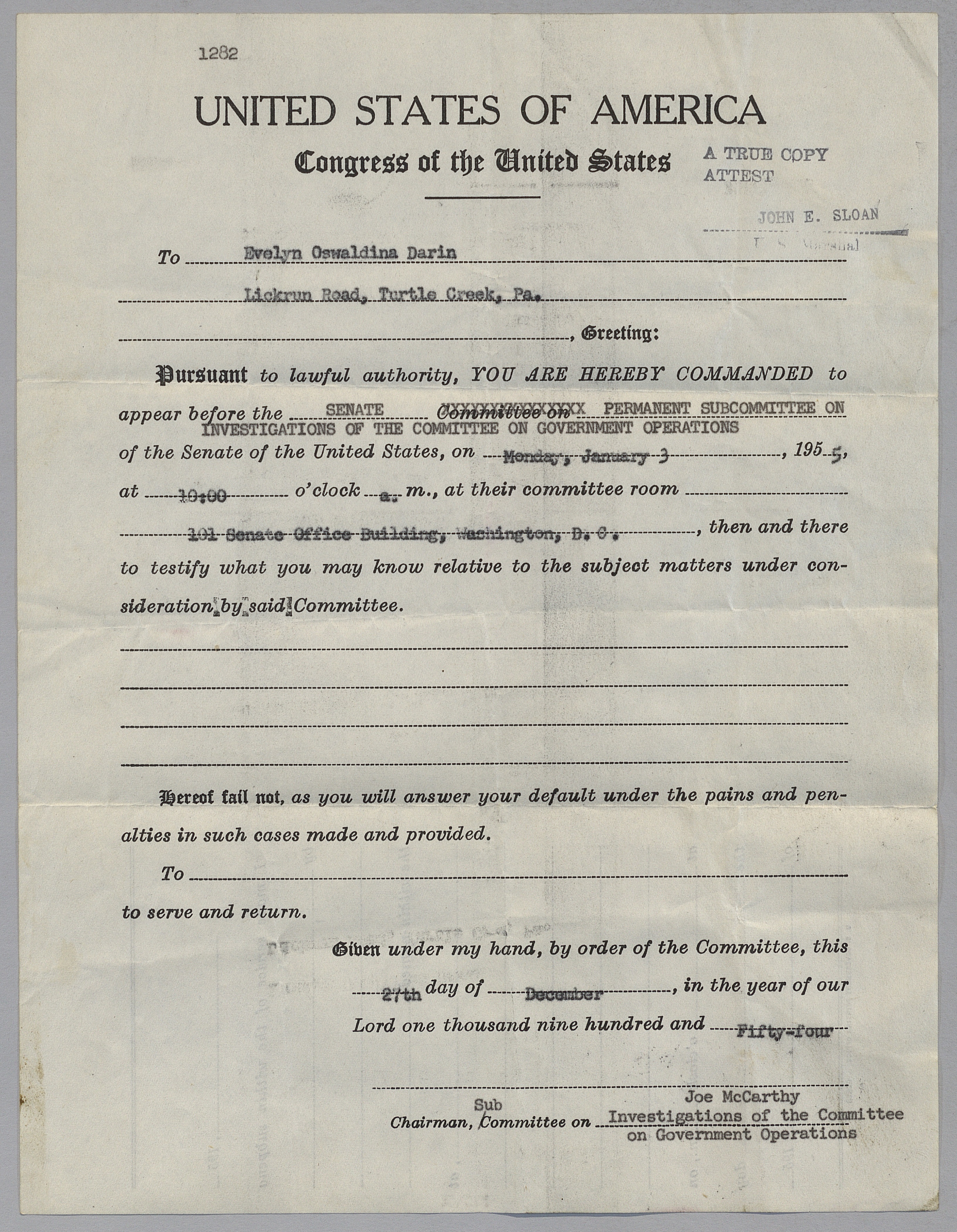 Summons of Evelyn O. Darin to appear before the Senate 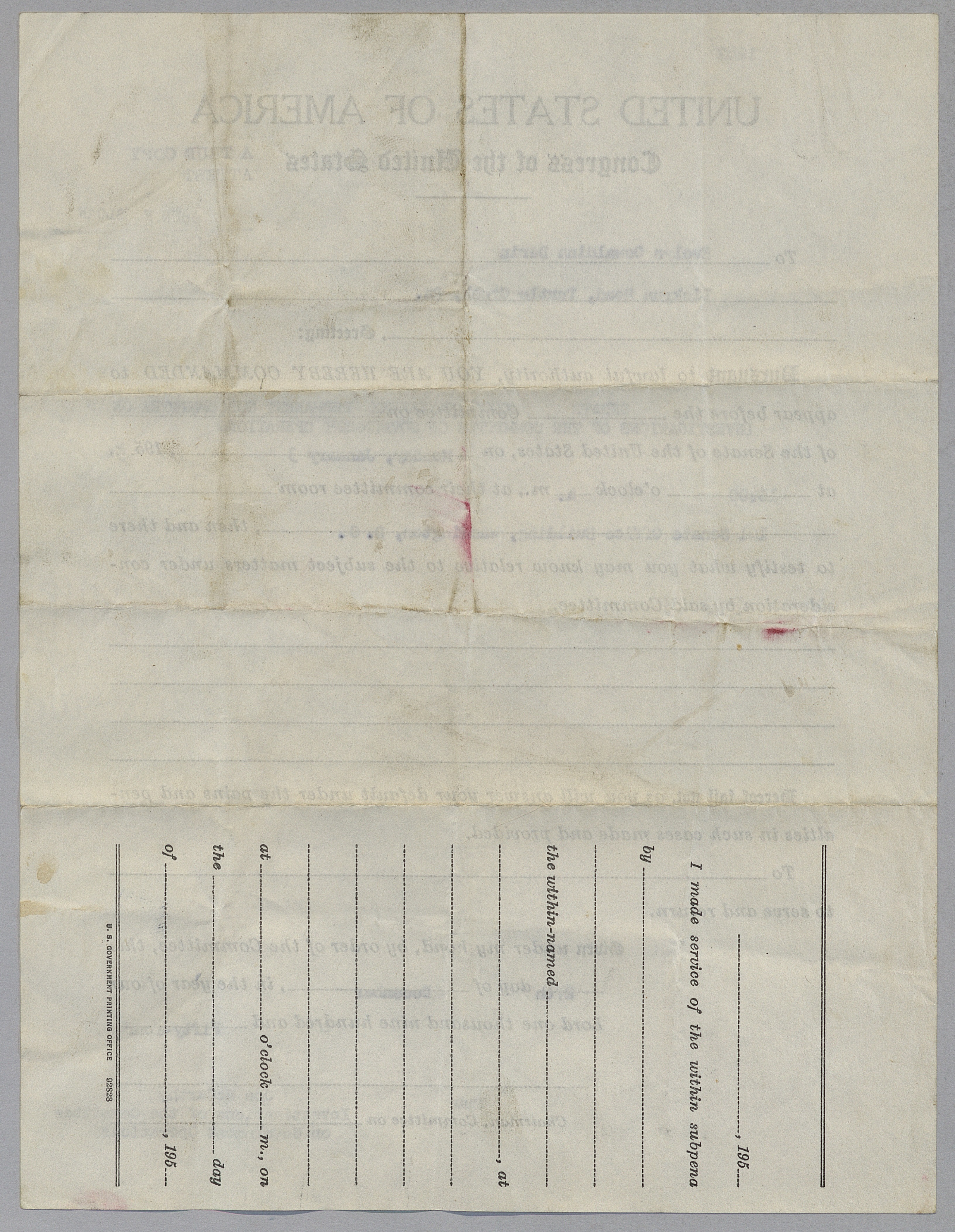 Summons of Evelyn O. Darin to appear before the Senate

Mary Cozzicoli, daughter of an Italian immigrant father and an Italian descendent mother, began working at Jones and Laughlin Steel Corporation’s Aliquippa Works during the early 1930s. She worked in the sorting mill alongside other women, and her husband Dominic also worked in the mill. Cozzicoli was very active within the Amalgamated Association of Iron, Steel and Tin Workers. She became the first president of the Ladies’ Auxiliary, after helping to form the Ladies' Auxiliary in conjunction with Mike Keller and the Democrat Club. Additionally, Cozzicoli took part in the 1938 strike in Ambridge at National Electric.

She also participated in the organizing drive of the union at Jones and Laughlin during the 1930s, which helped lead to the legitimization of labor unions in the United States. In the 1937 US Supreme Court Case National Labor Relations Board v Jones and Laughlin Steel Corporation, it was ruled that companies could not discriminate against employees for exercising their right to unionize. The National Labor Relations Act of 1935, also known as the Wagner Act after Senator Robert R. Wagner, was constitutional. 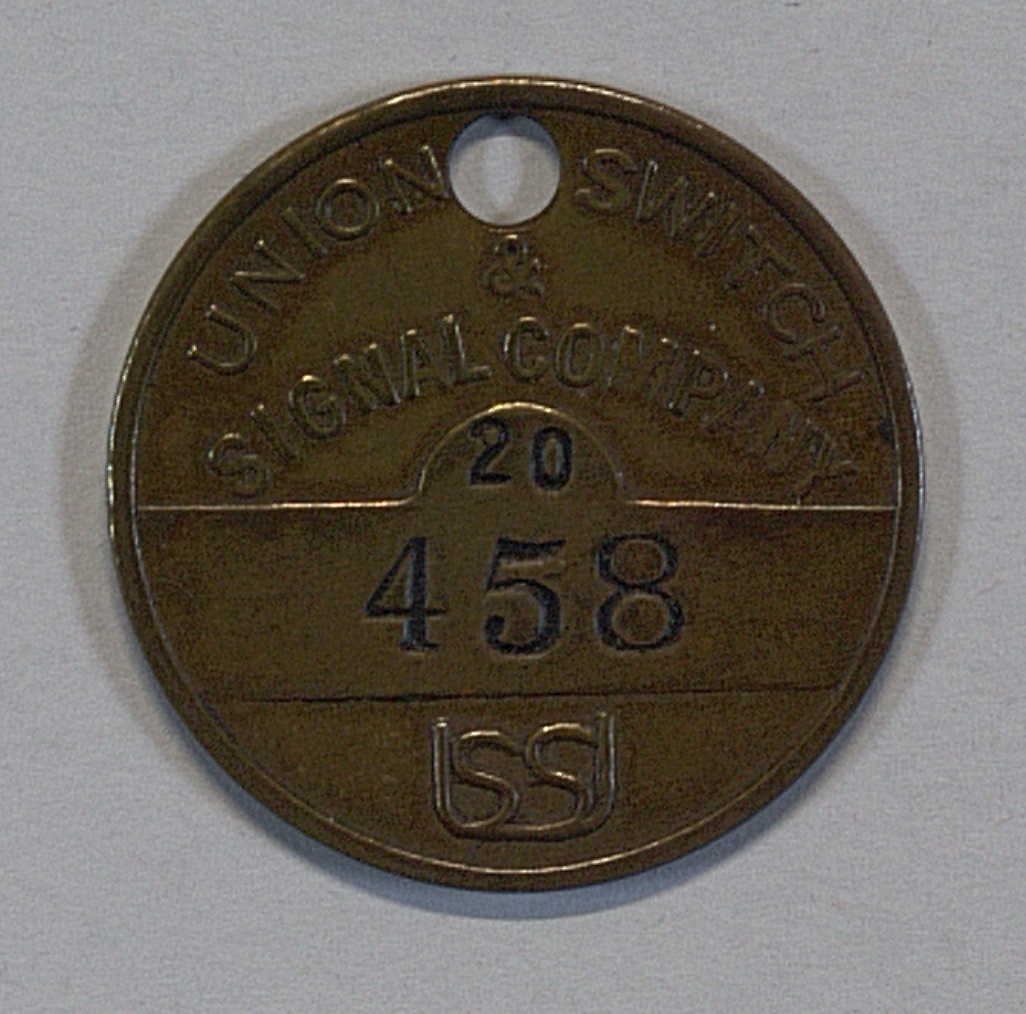 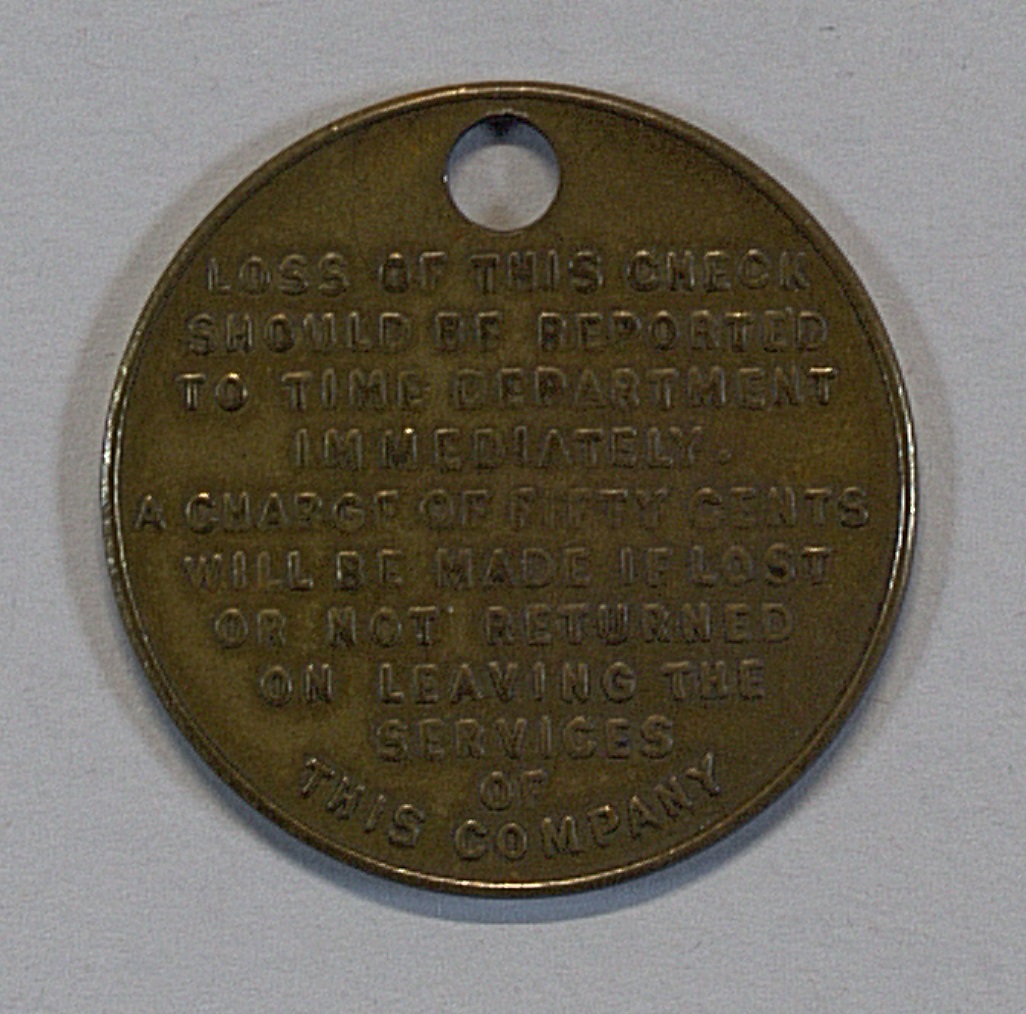 In 1943, the USSC had about 4300 hourly paid employees. Because of the war, the number of employees was greatly inflated from its normal number of about 1500. Although the war resulted in more job opportunities, it also provided the USSC with an argument against union activities. After there were discrimination charges in 1943, the USSC accused the union members of instituting a “propaganda campaign” that could have “disastrous and far-reaching effects on the War effort". Union 610 and the Union Switch Signal Company eventually came to an agreement in 1953.

In this 1953 agreement, Union 610 and the USSC attempted to fix sex discrimination in some work areas. In Article III, Section 8 of the 1953 “Agreement between Westinghouse Air Brake Company and United Electrical, Radio and Machine Workers of America, Local No. 610”, it was stated that “Where a female employee is assigned to work formerly performed by a male employee or where a male employee is assigned to work formerly performed by a female employee, there shall be no change in rate on that account”. Men were often paid more than women for doing the same amount/type of work, so this was a big step forward for the women workers at the USSC. 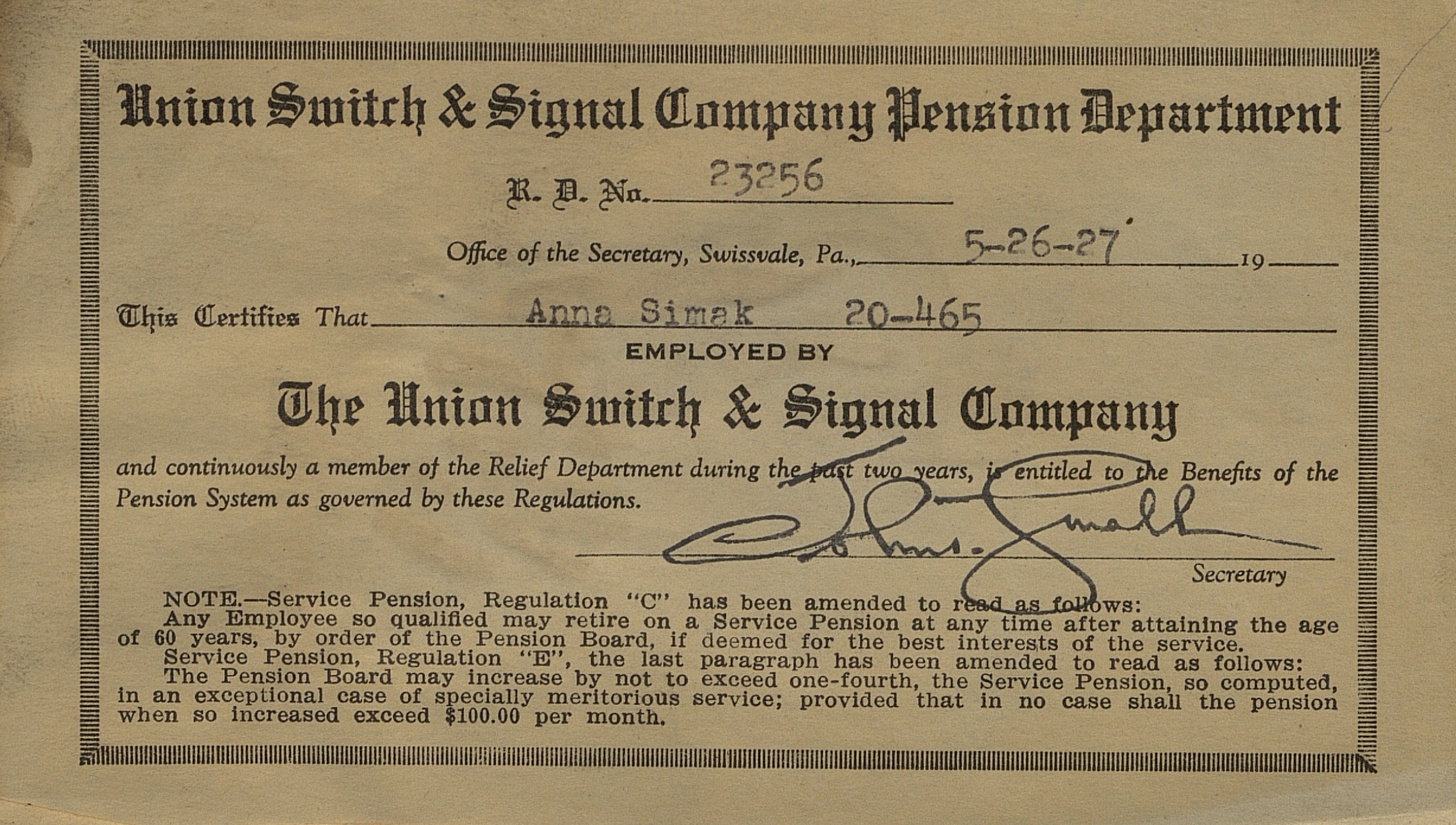 Ann MacLemore was a member of the Amalgamated Clothing and Textiles Workers in Pittsburgh. She was an African American woman of Irish heritage who was born and raised in Alabama. Her older sister worked at the Homestead Mill during WWII, which is why Ann moved to Pittsburgh after her husband died in 1953. MacLemore started out in domestic work, but she eventually became involved in textiles. She worked at the Lawrenceville plant on Brothers Street, and she became active in the Amalgamated Clothing and Textiles Workers Union after the union needed a secretary and there was no one else to fill the position.

As of 1987, when she was interviewed by Anne Parks Cook of the Rainbow Kitchen, MacLemore had run a power saw and machine for 27 years. She was very active within organized labor, acting as the president of her local, recording secretary of the Pittsburgh district joint board, vice president of the Pittsburgh Coalition for Labor Union Women, and executive board member of the National Coalition of Labor Union Women. The transcription of MacLemore's interview can be found in Box 73, Folder 17 of the Steffi Domike papers.