Founded in Pittsburgh in 1901 as a central labor foundation for various Pittsburgh unions, this union was originally known as the Iron City Central Council of the American Federation of Labor, or the Iron City Central Trades Council. Early initiatives of the union included a campaign that resulted in the construction of the Pittsburgh Labor Temple, dedicated on Labor Day in 1910.

In 1937, the CIO split off from the AFL. This also resulted in the departure of some industrial union affiliates of the Pittsburgh Central Labor Union. However, this departure between the two factions of the PCLU was mended in 1960. In 1955, the AFL and CIO merged on a national level. This national merger was soon emulated in 1960 by the Pennsylvania State AFL and CIO, after which resulted the local merger. 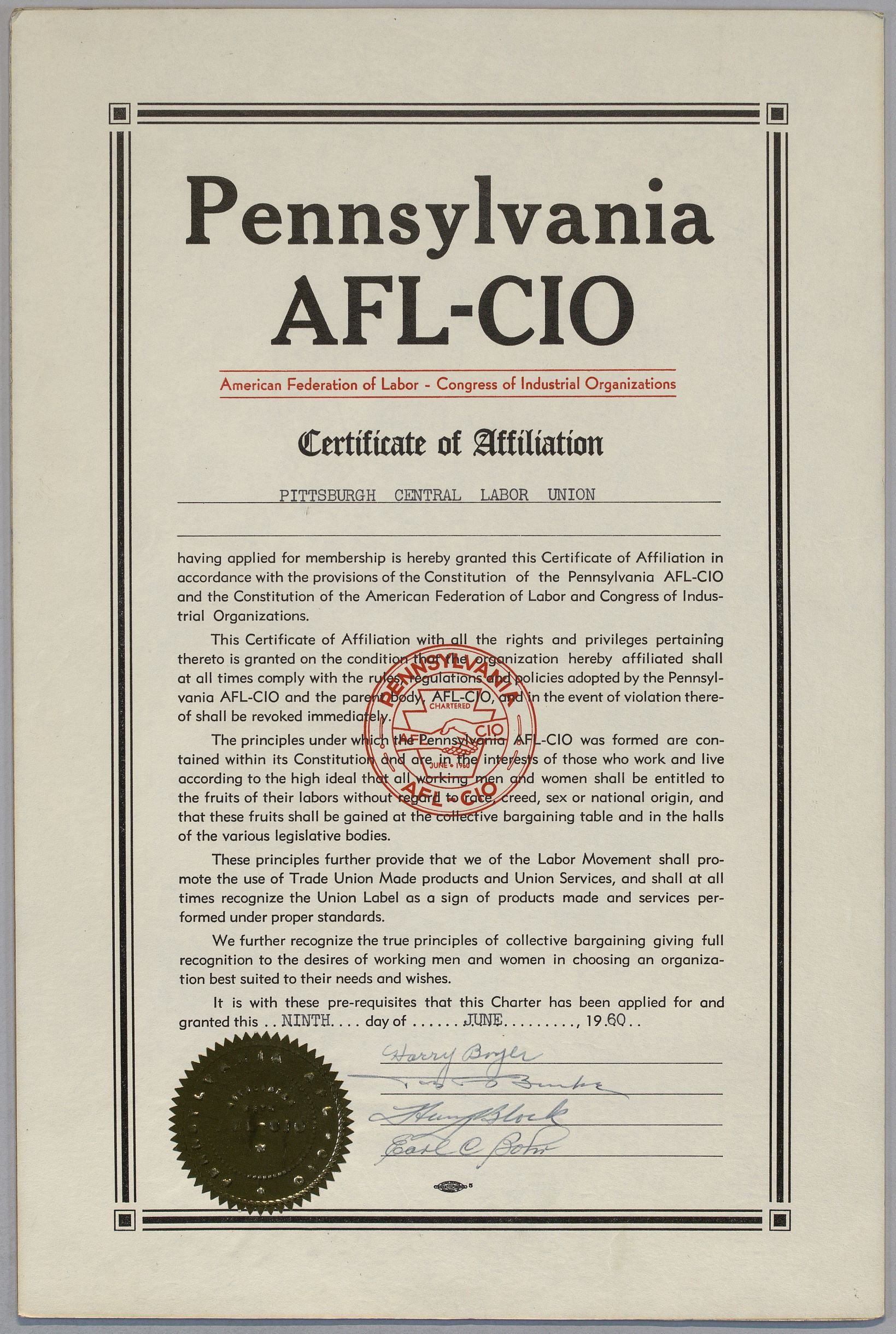 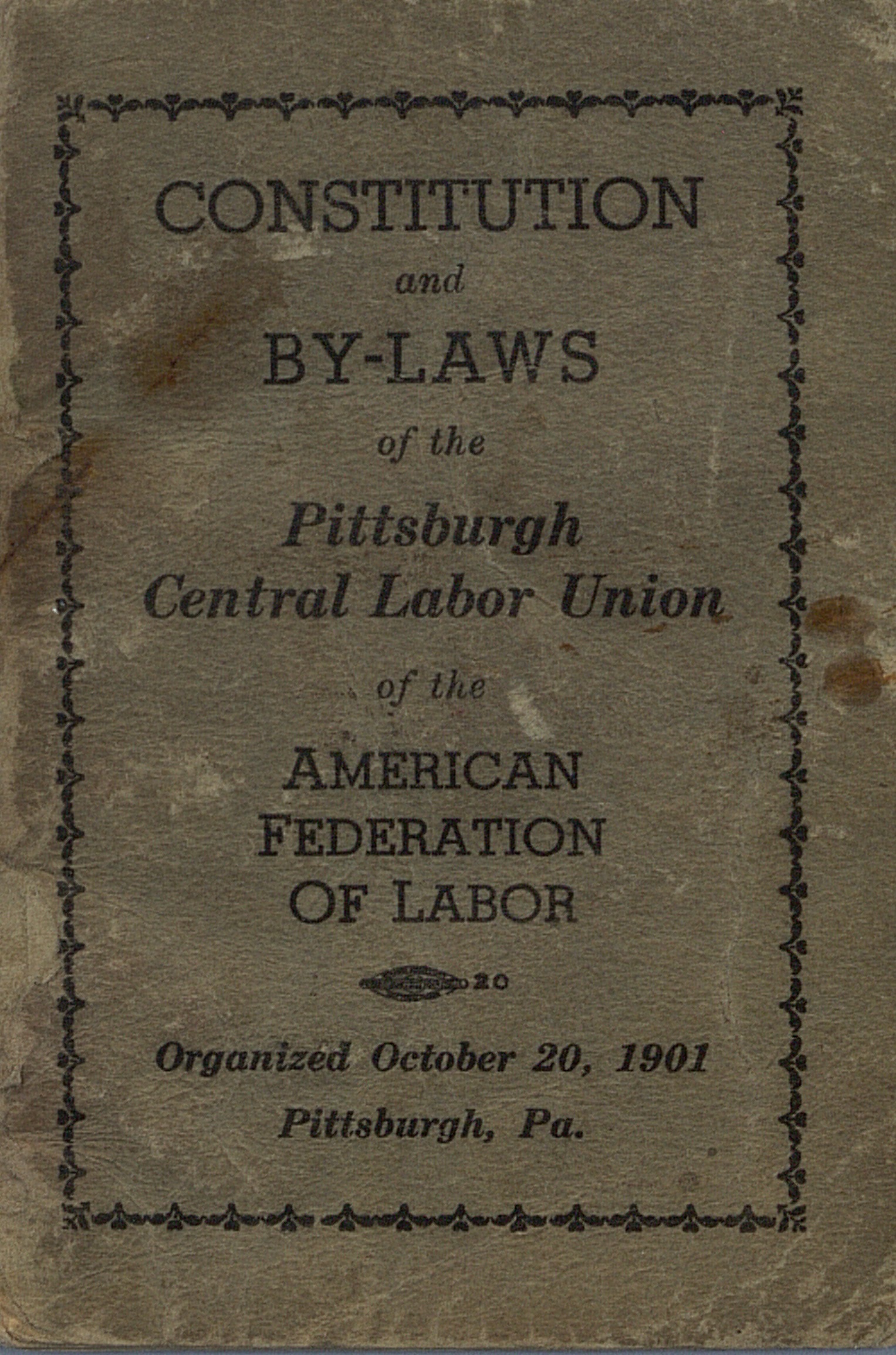 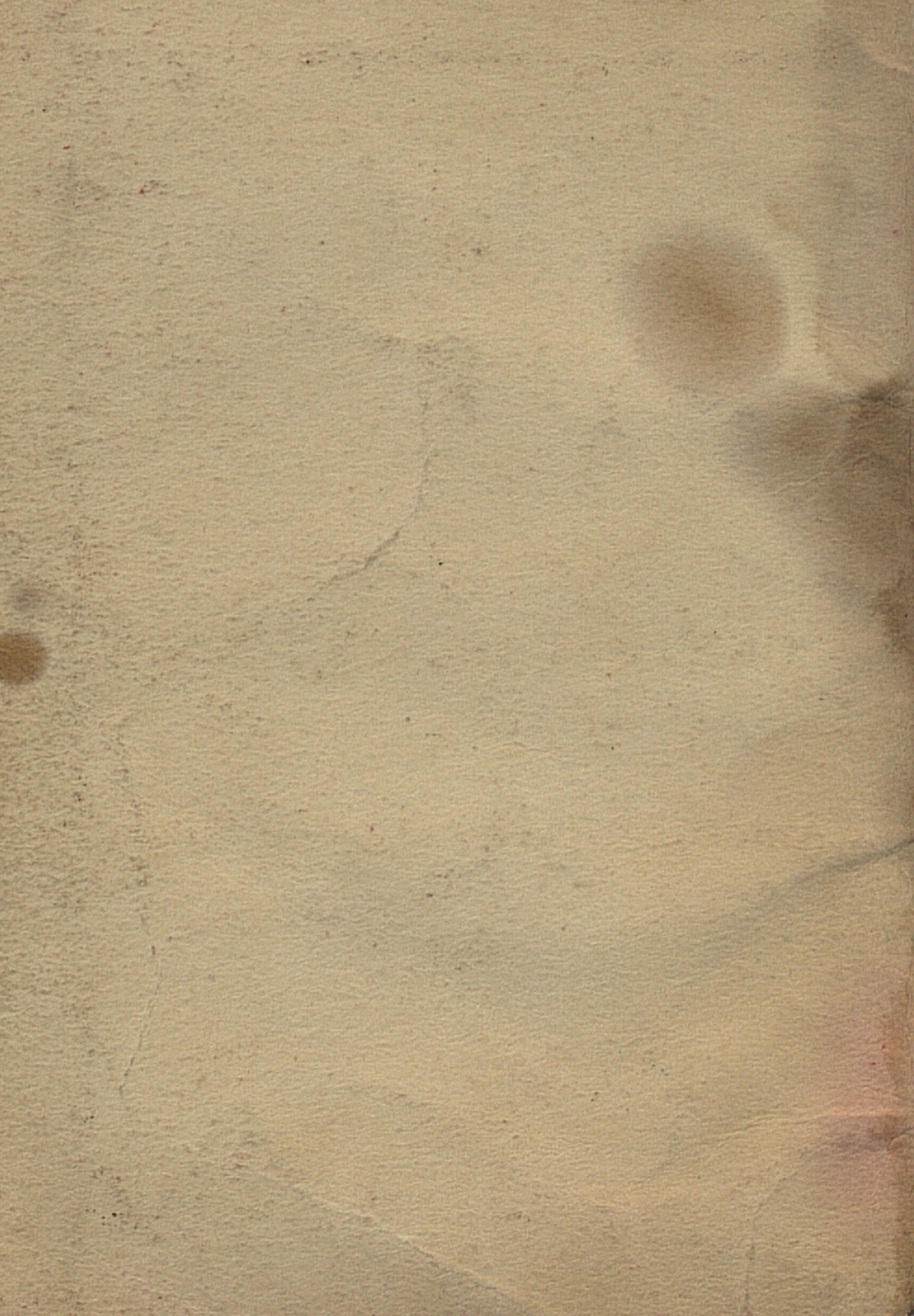 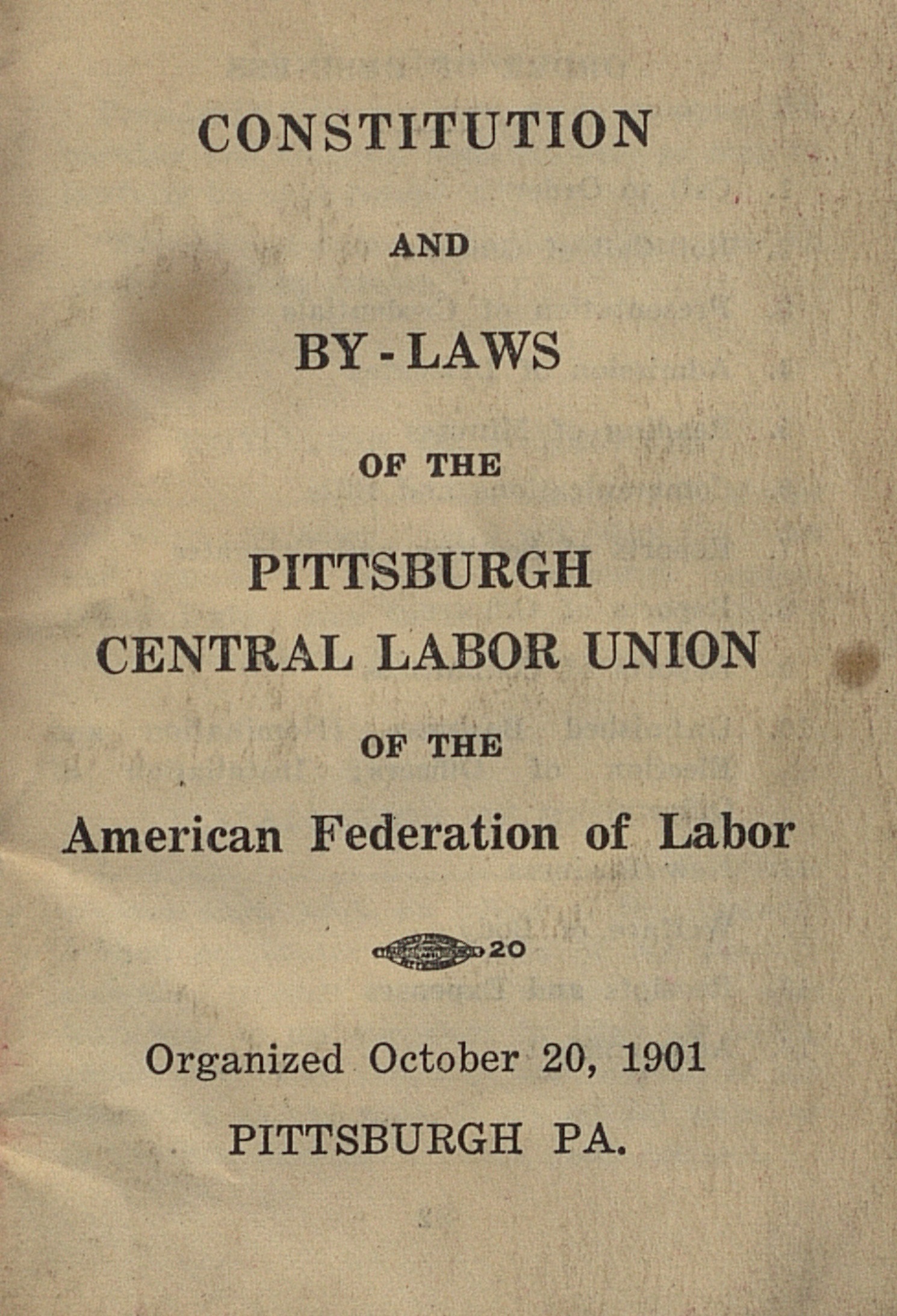 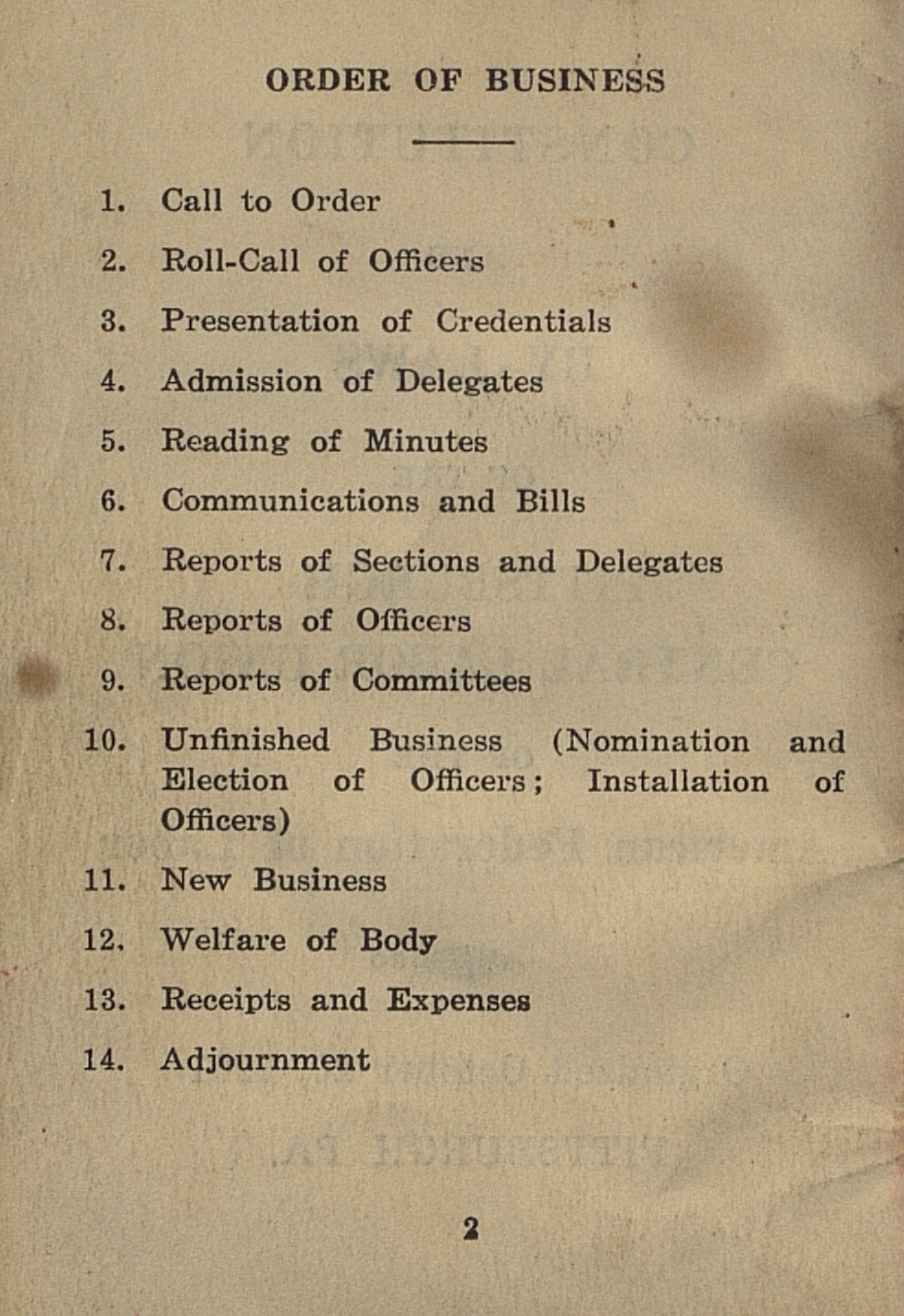 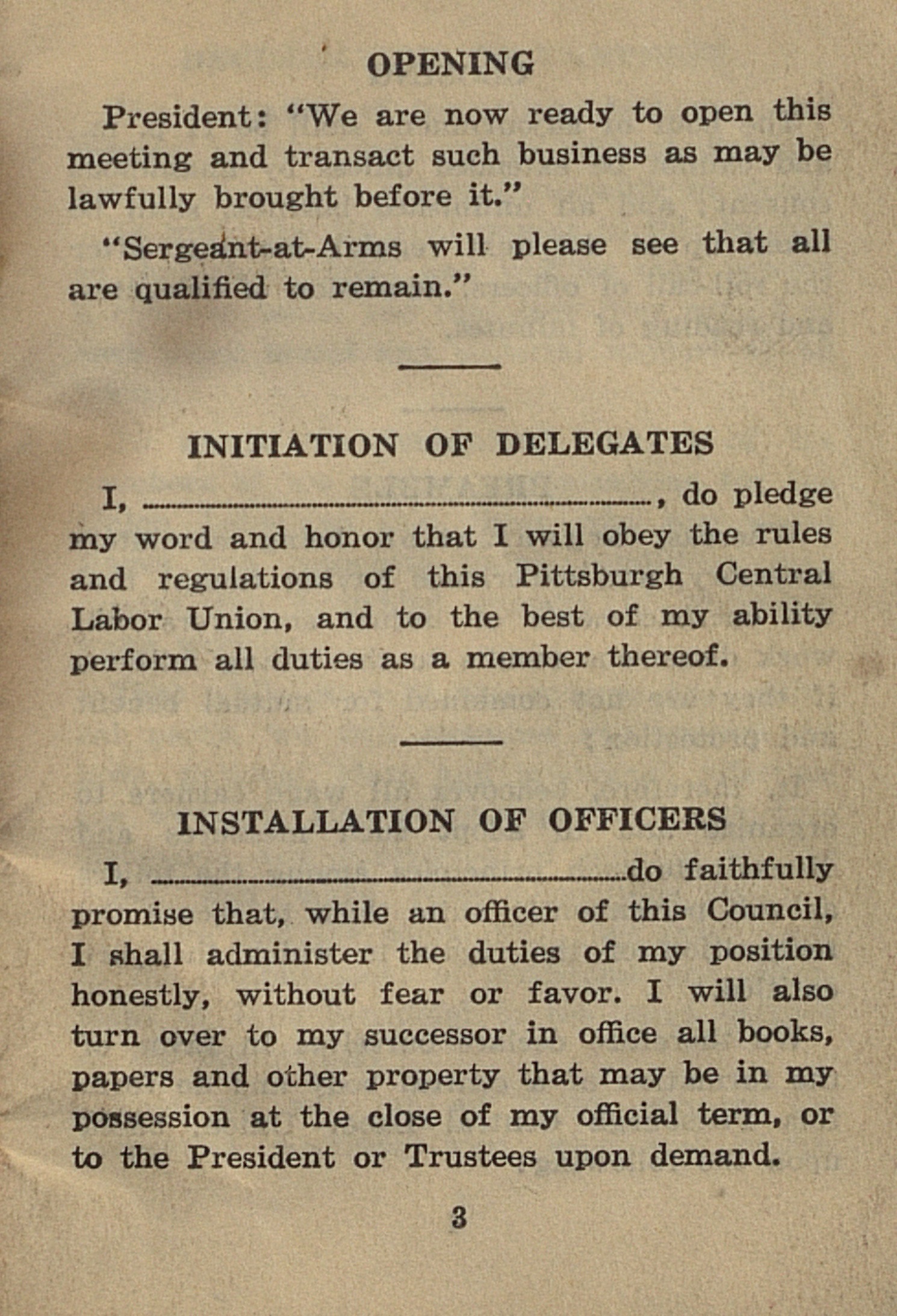 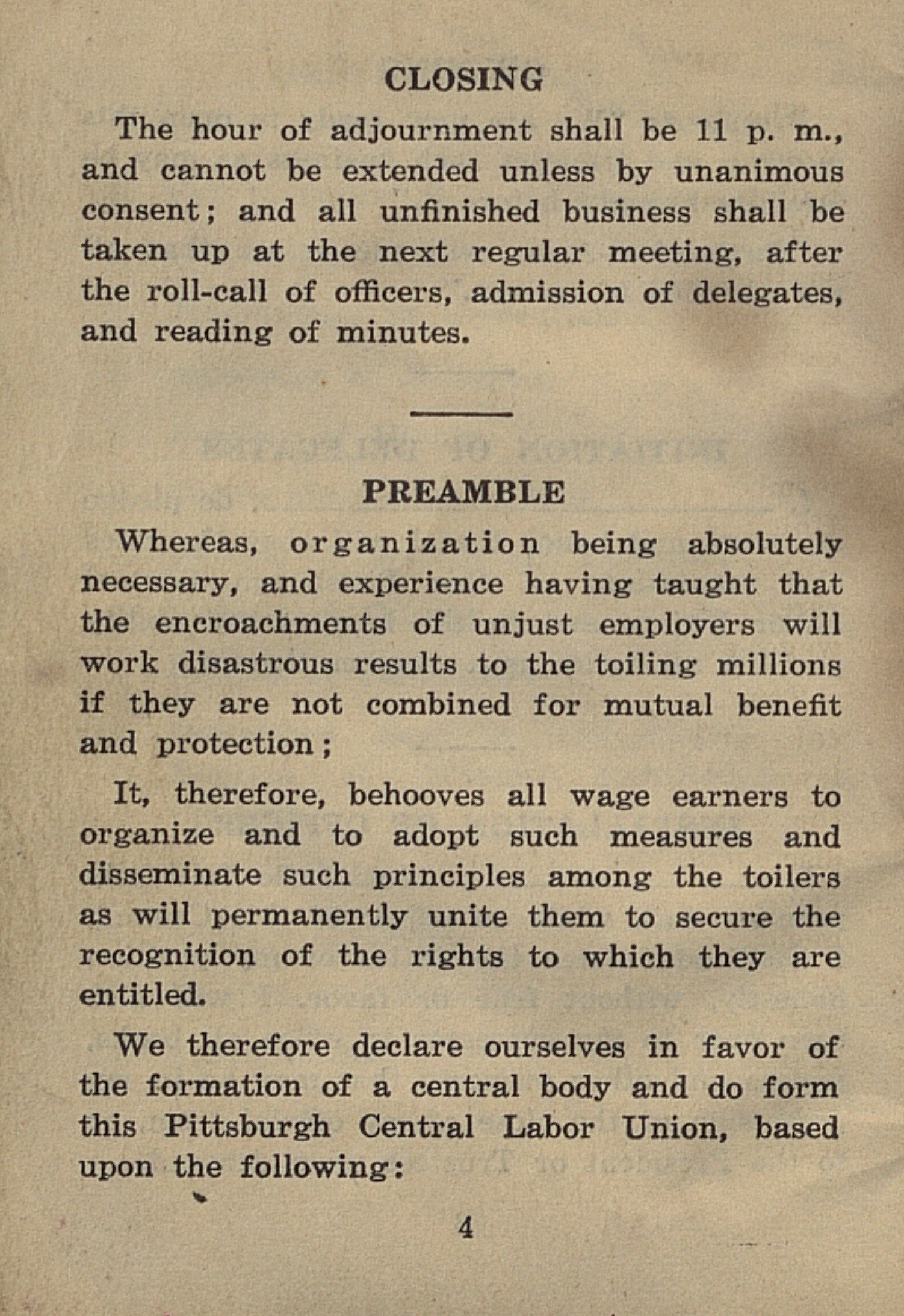 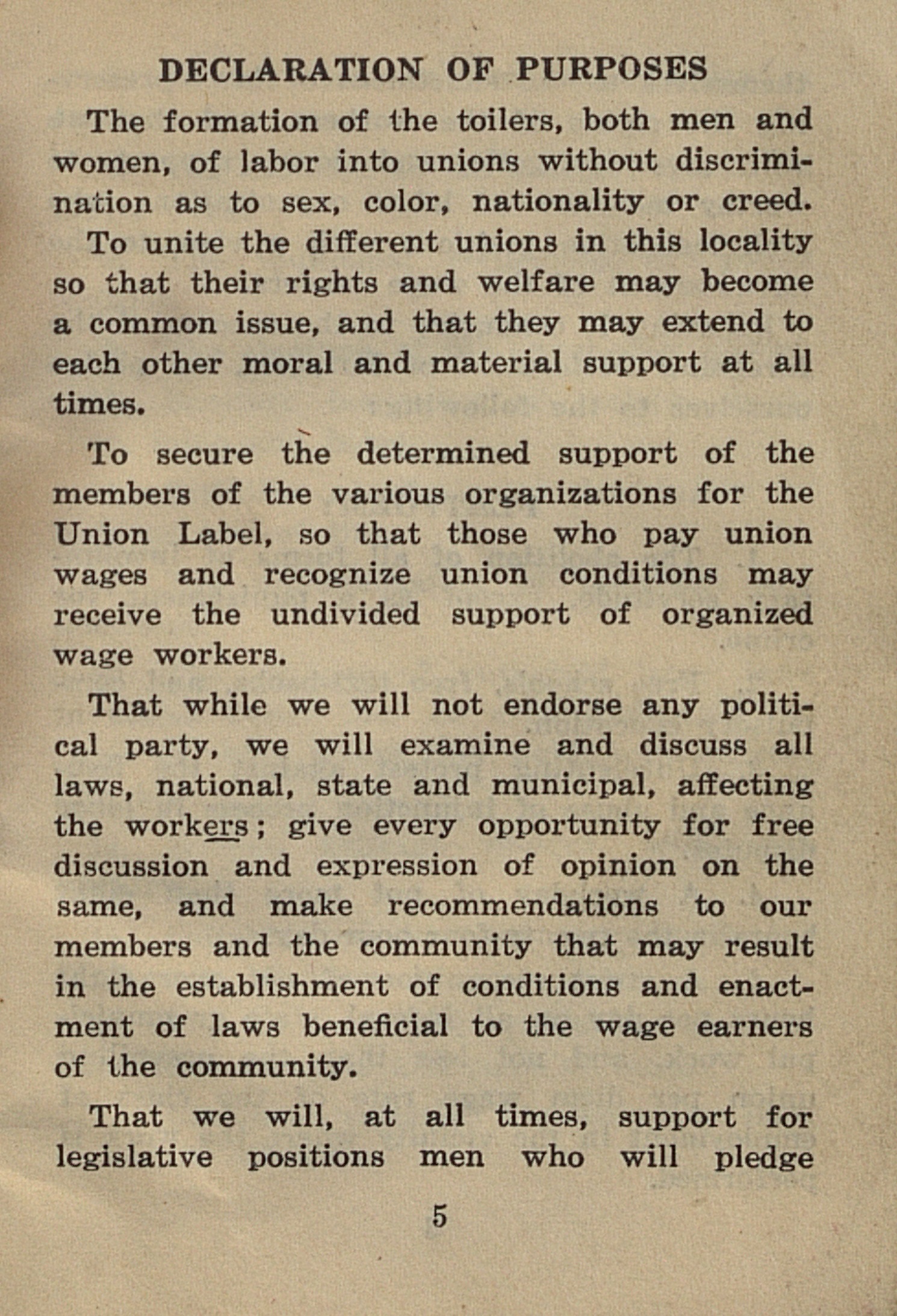 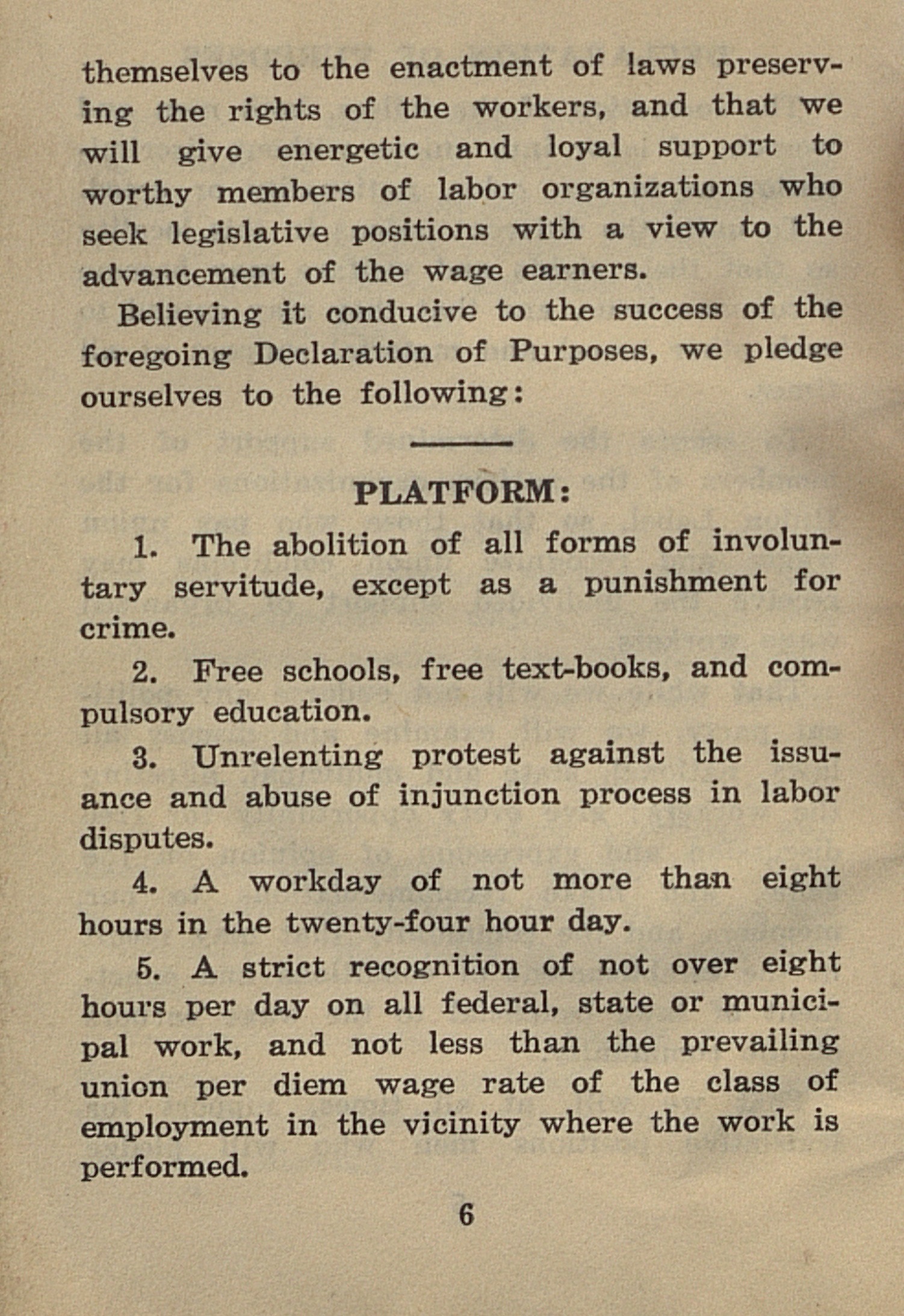 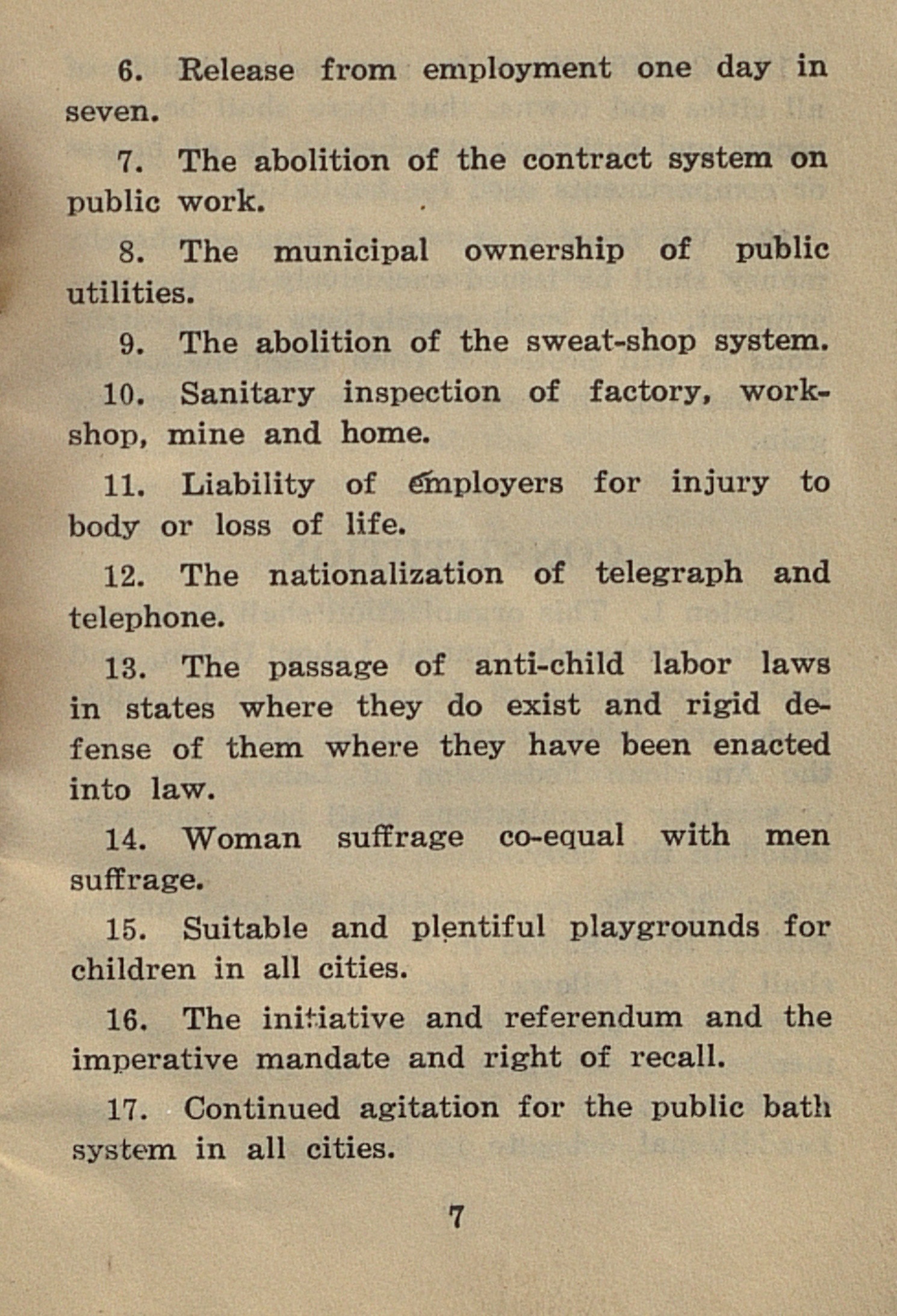 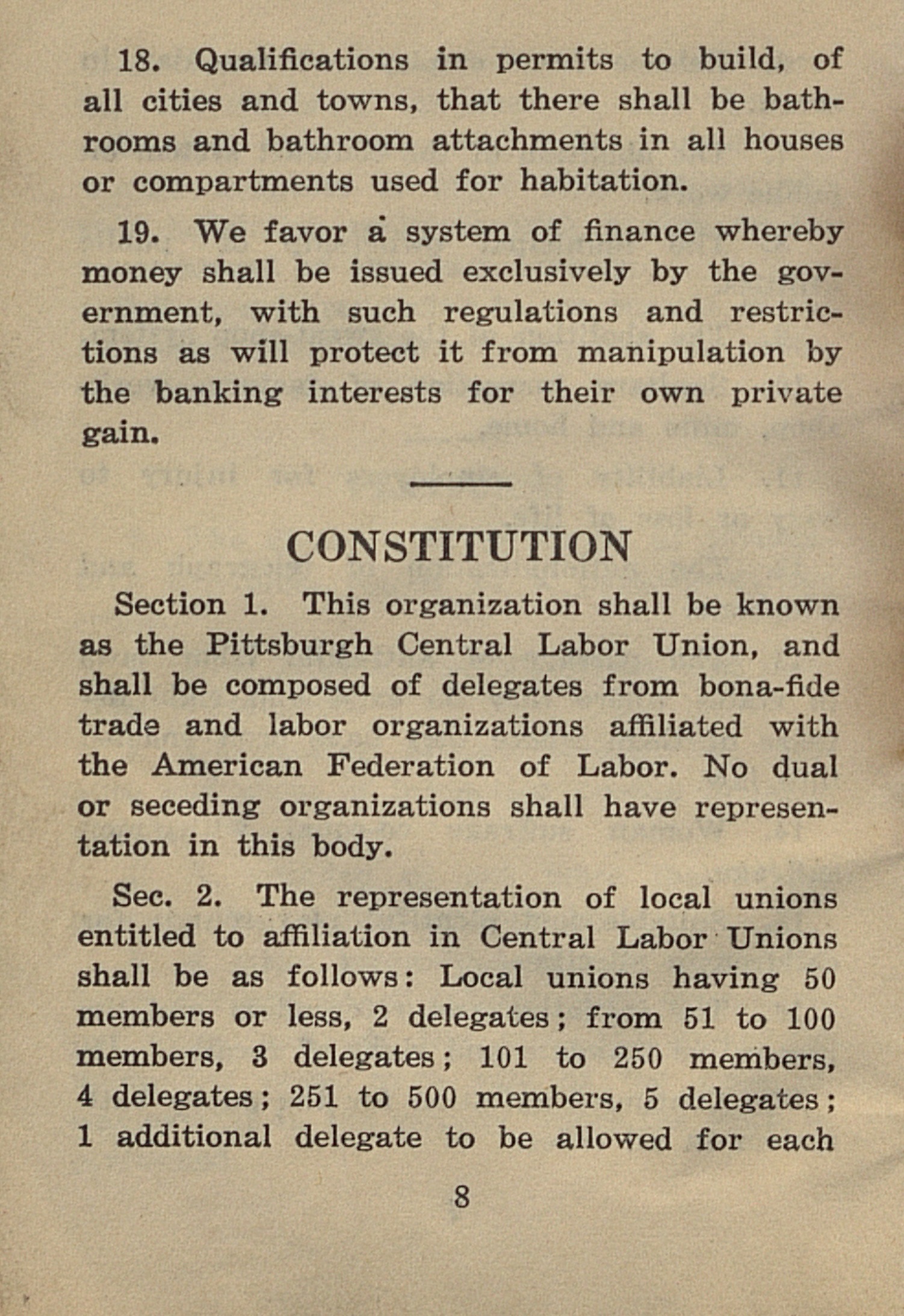 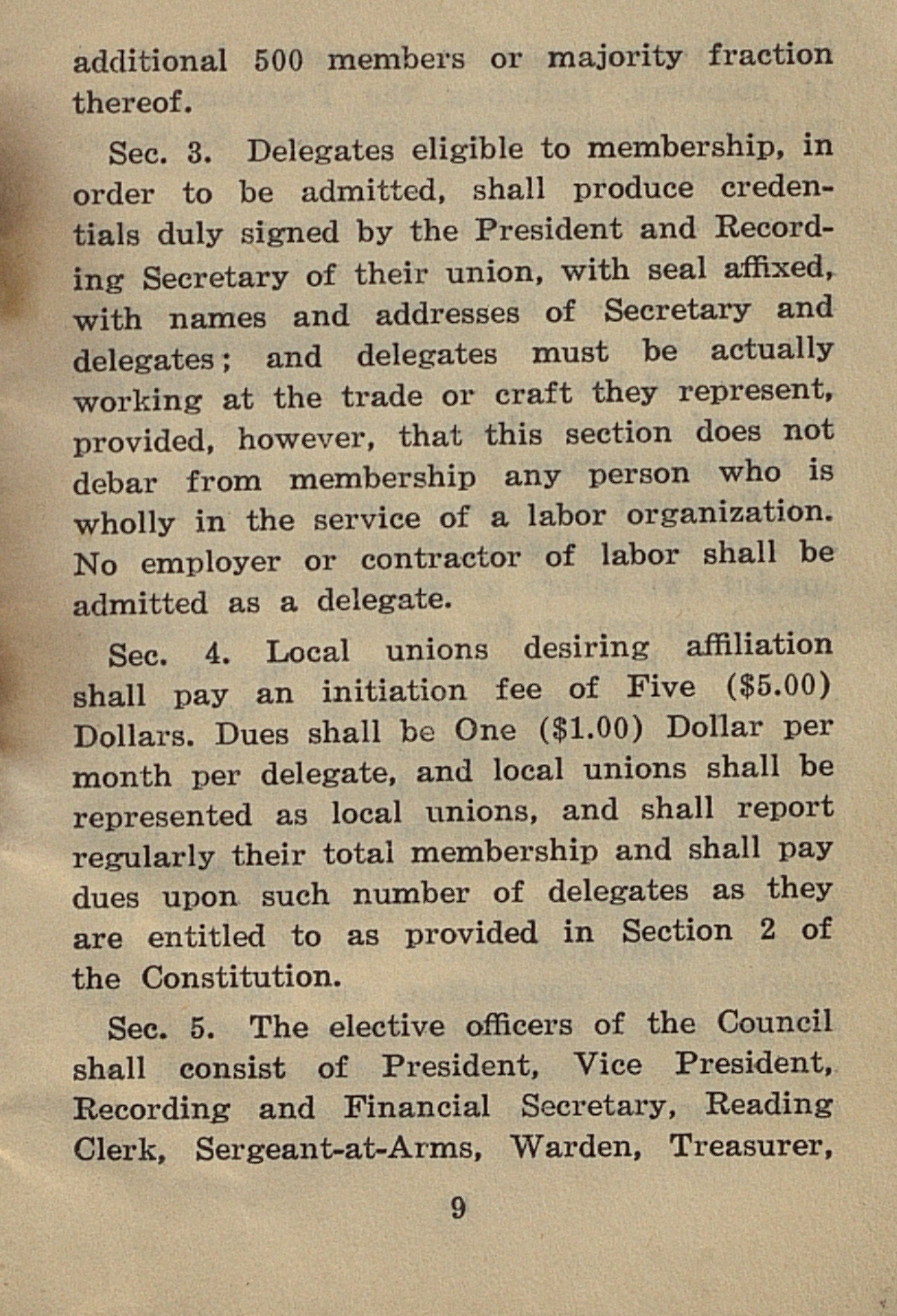 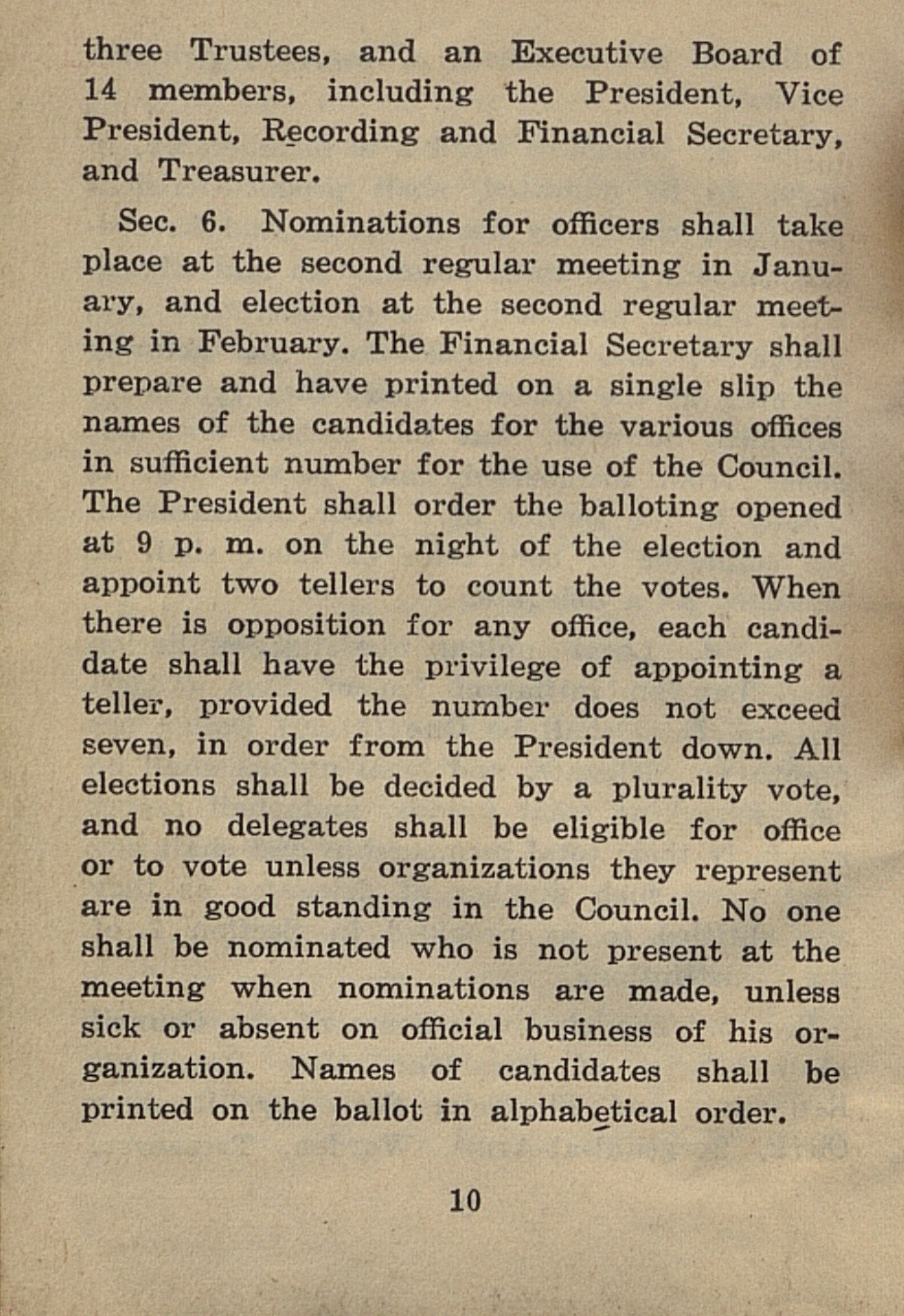 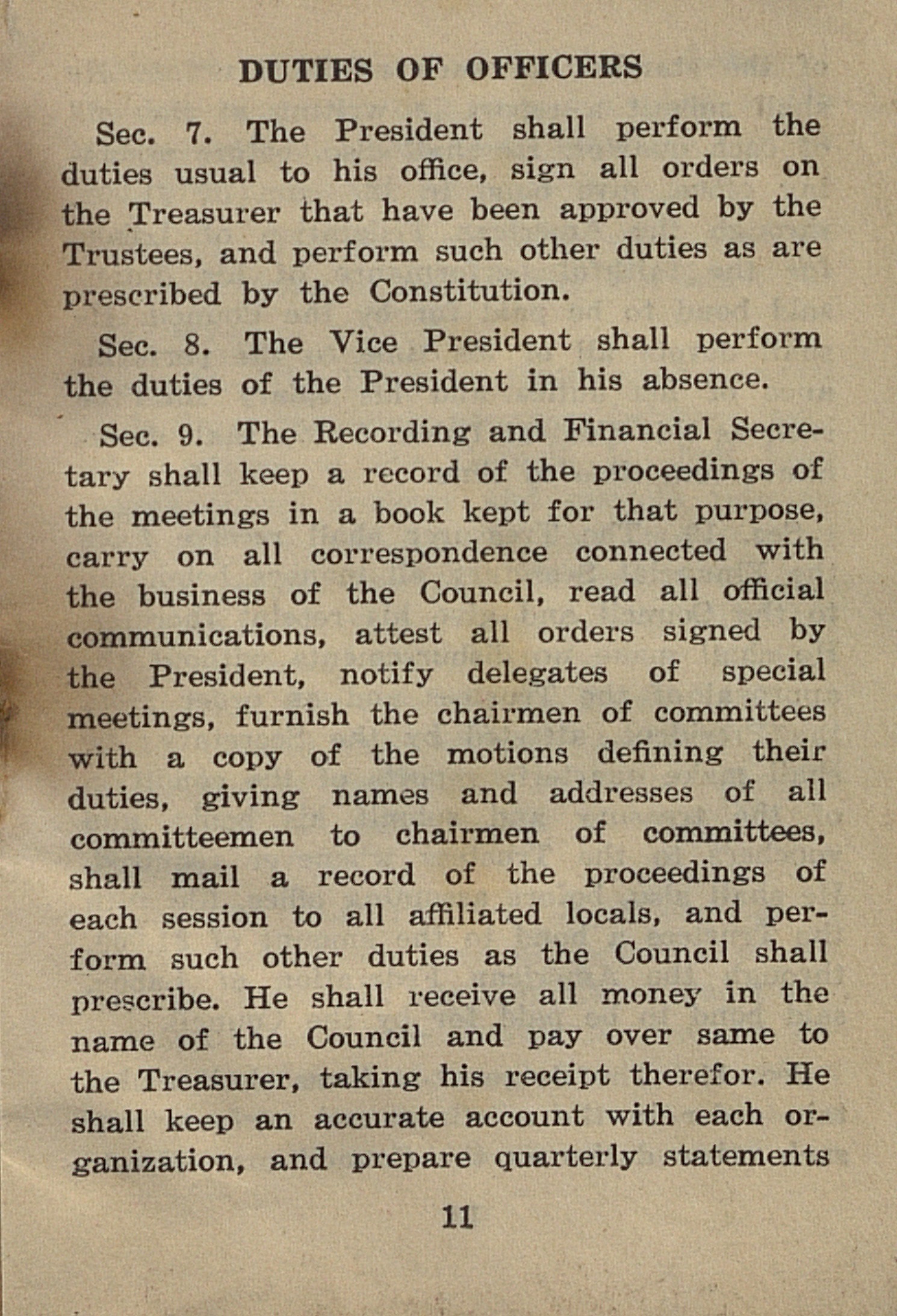 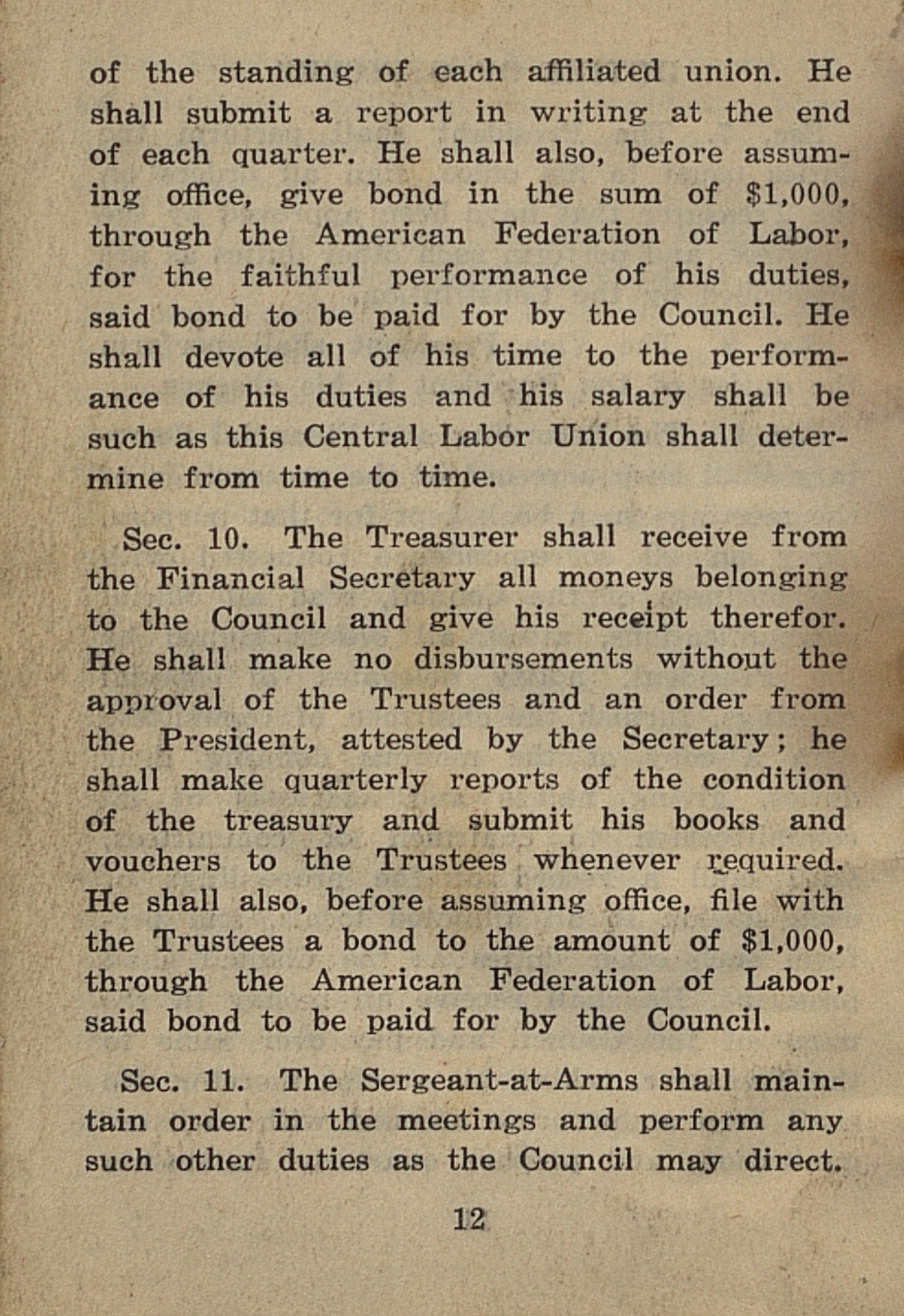 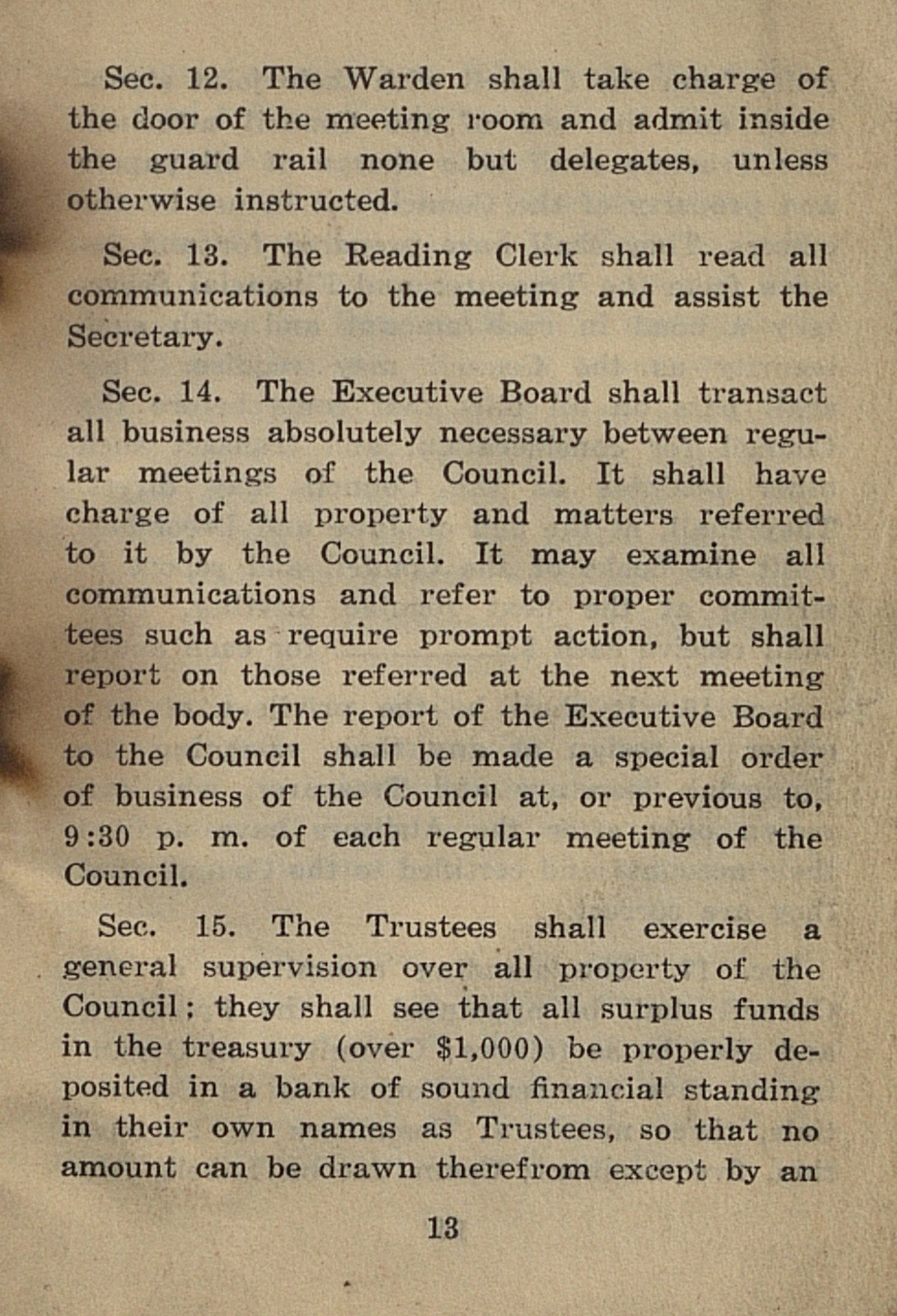 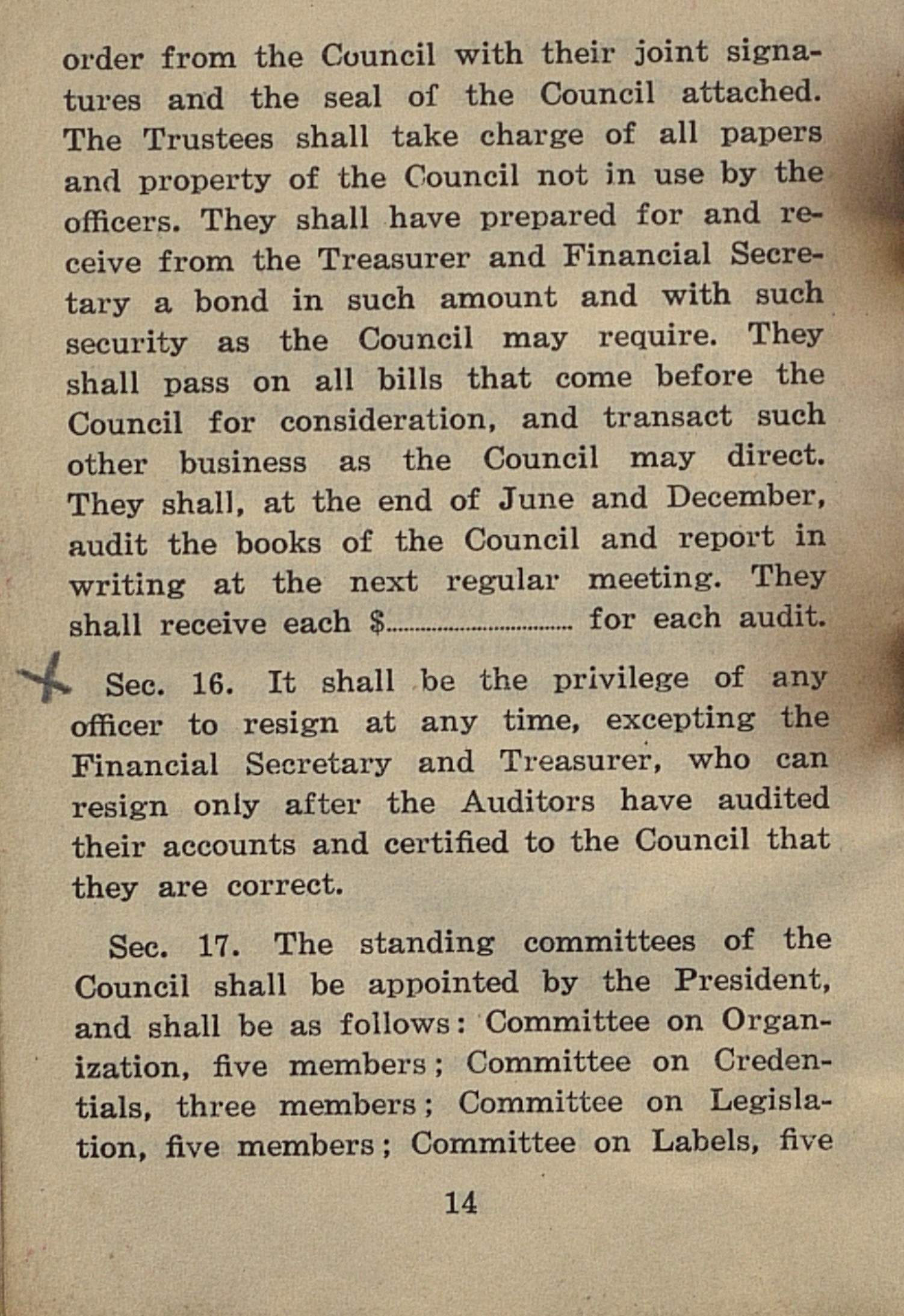 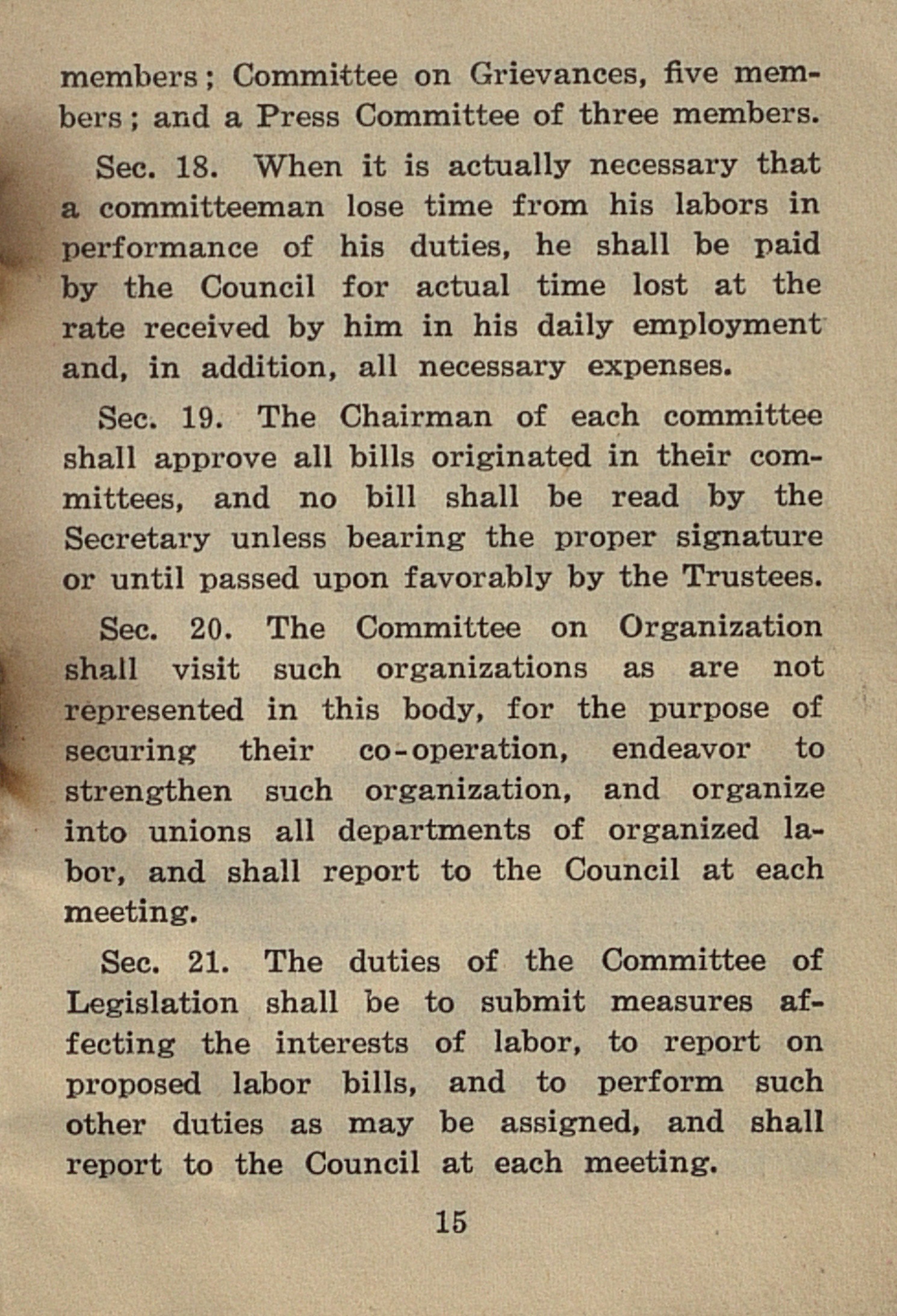 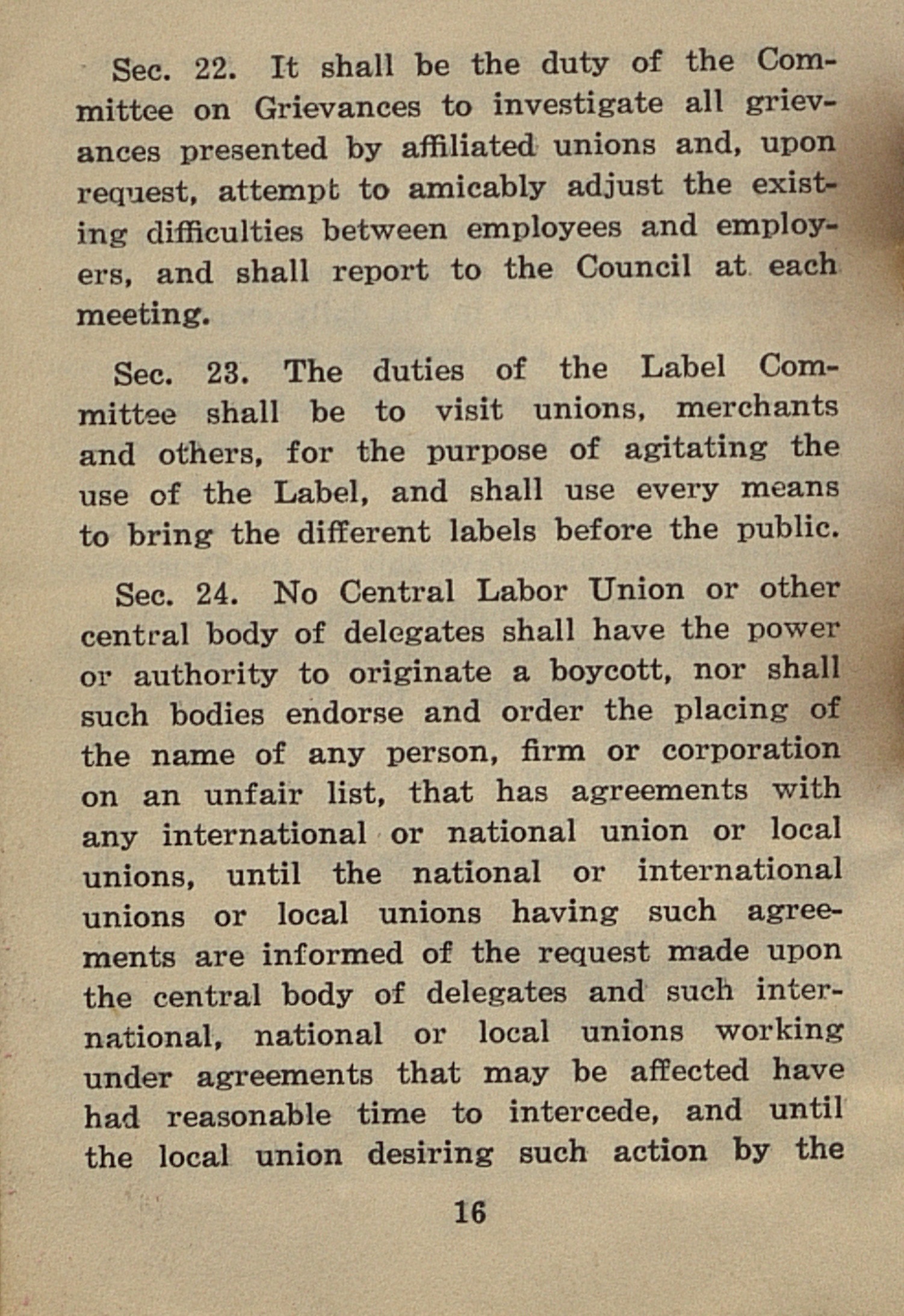 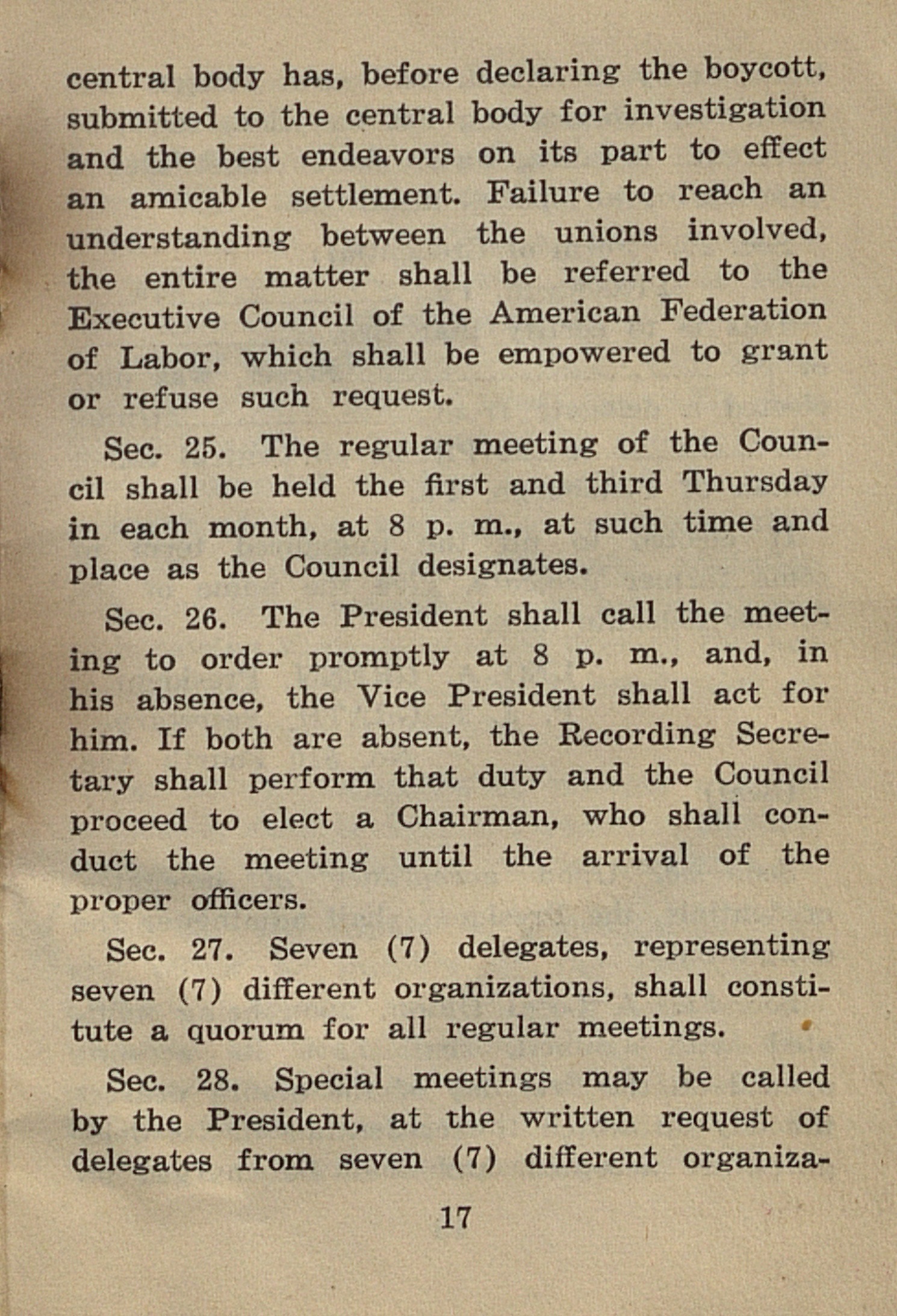 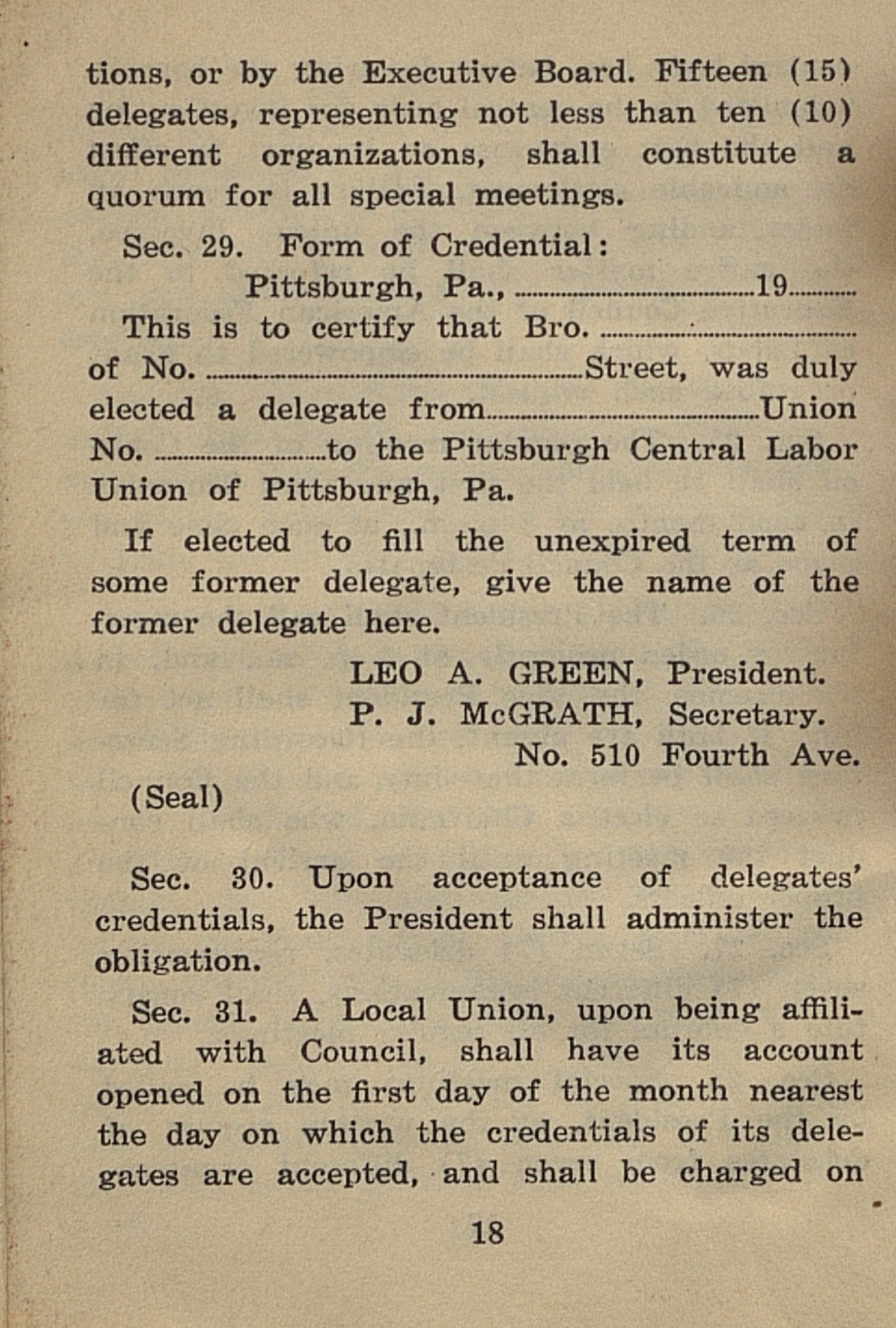 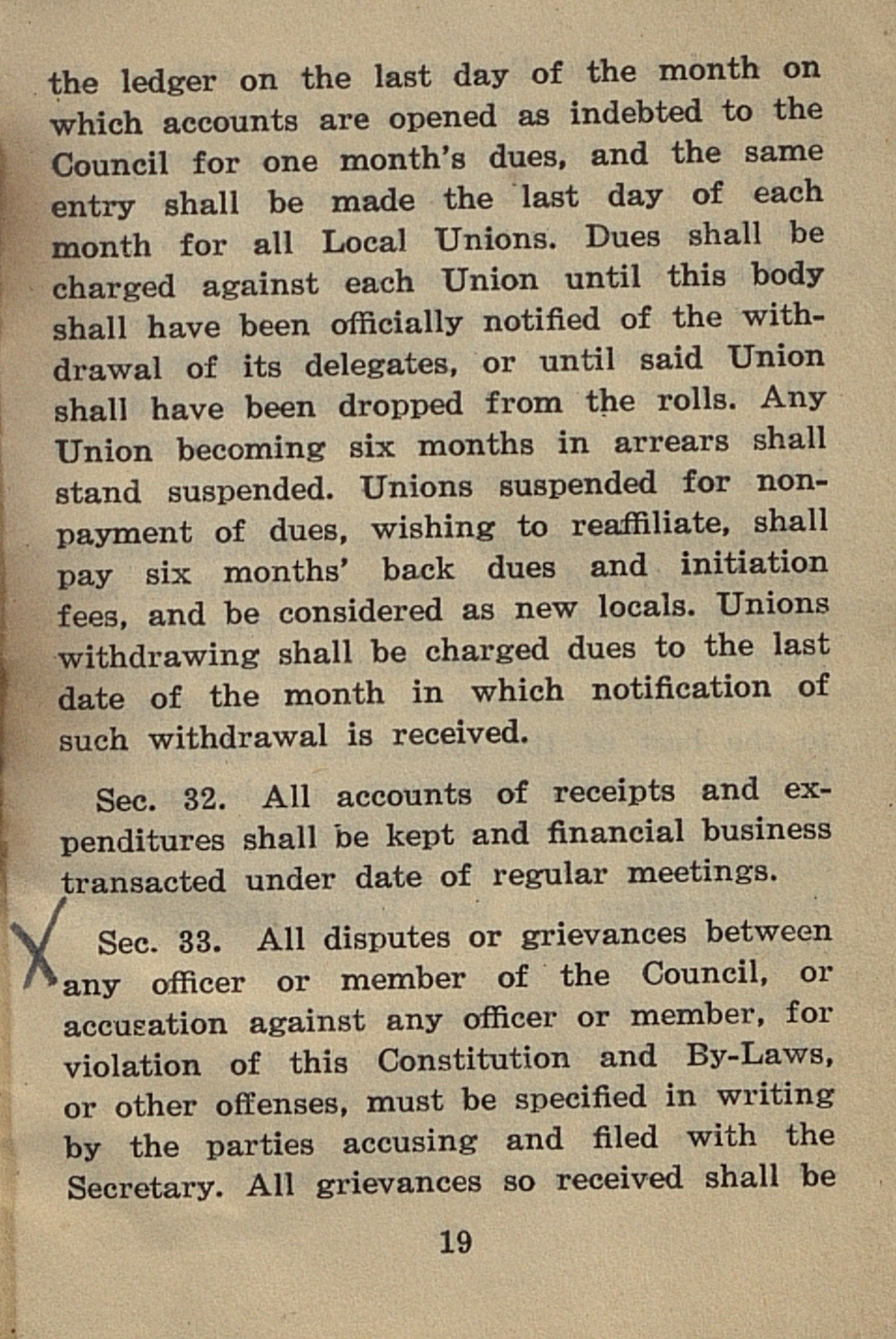 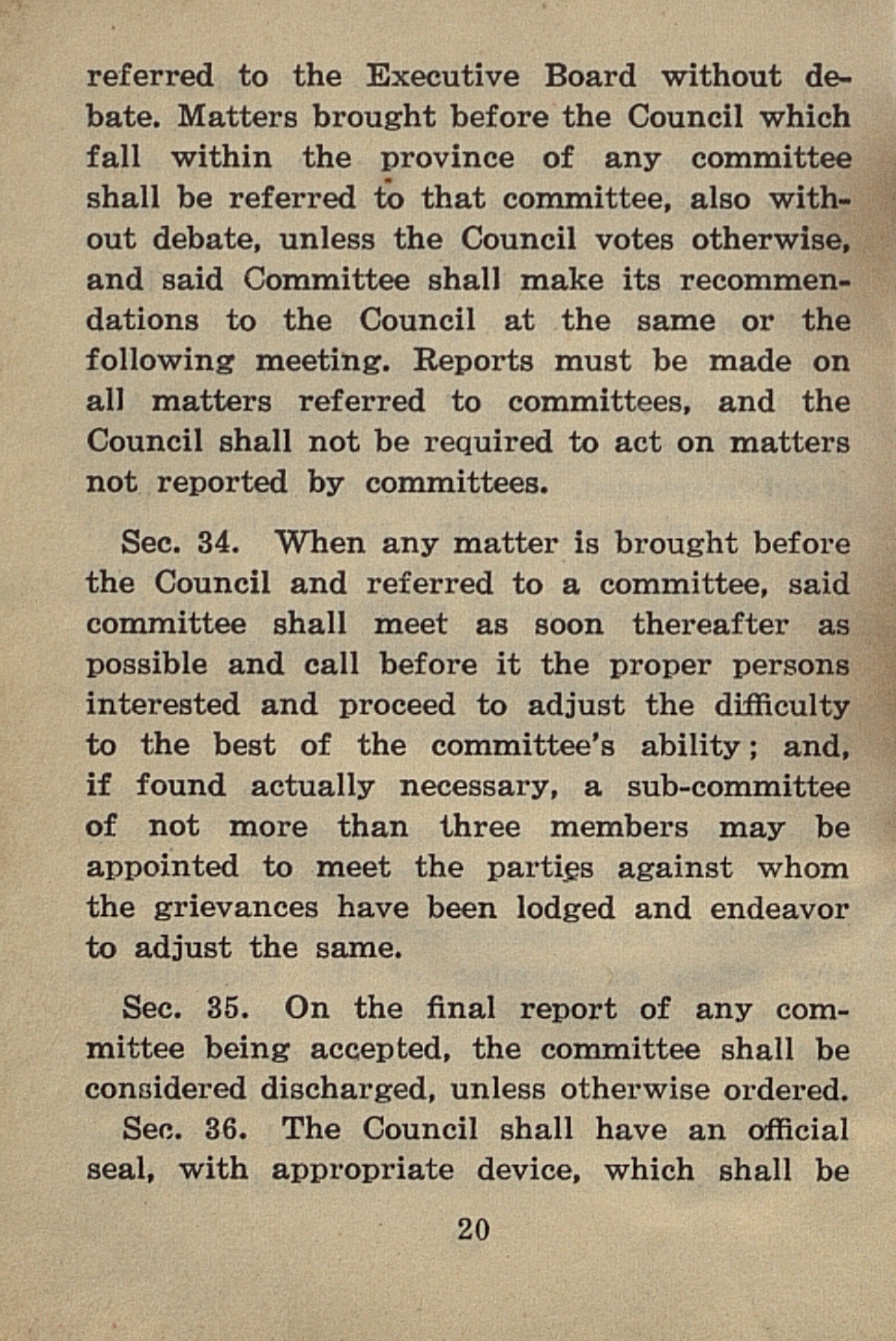 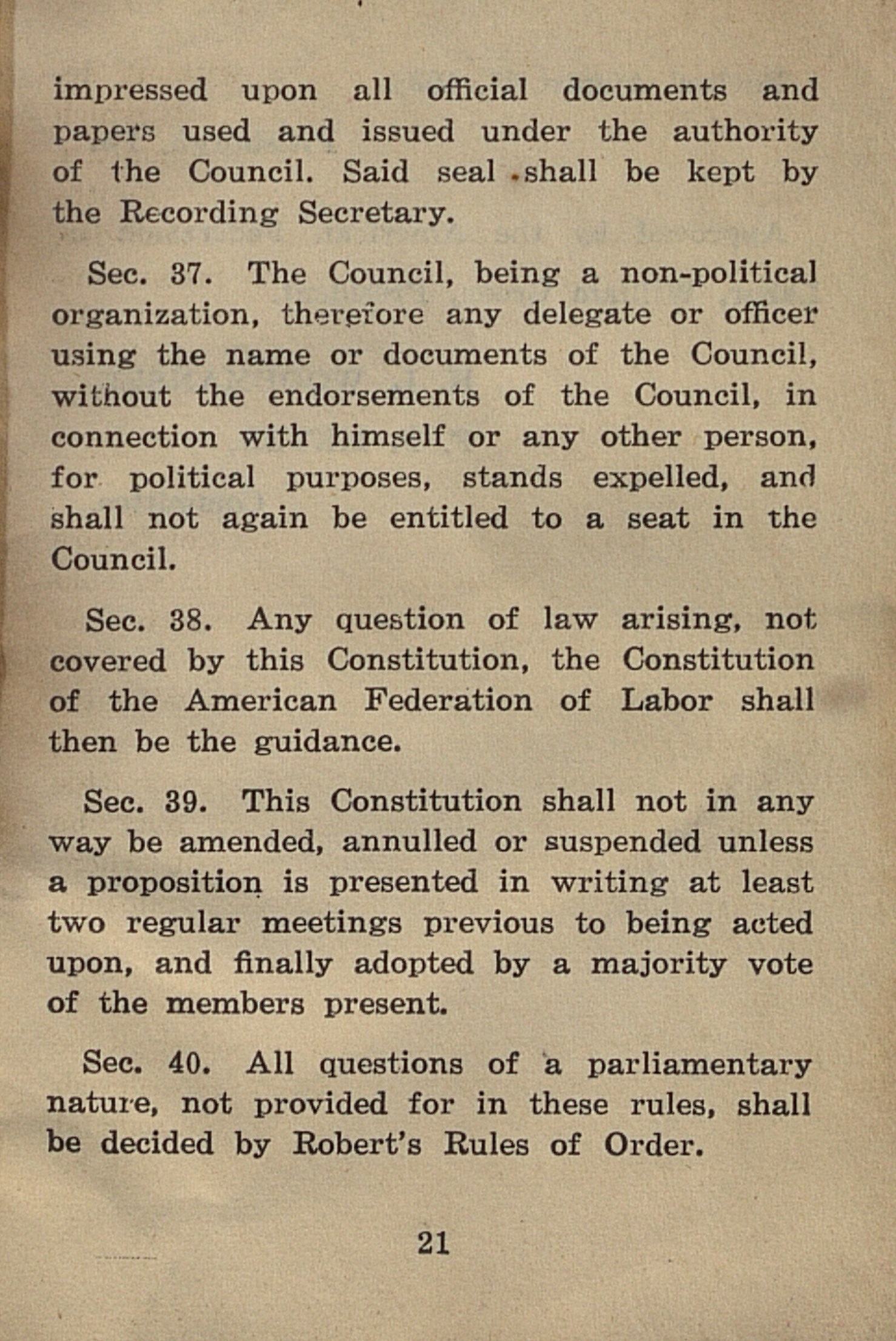 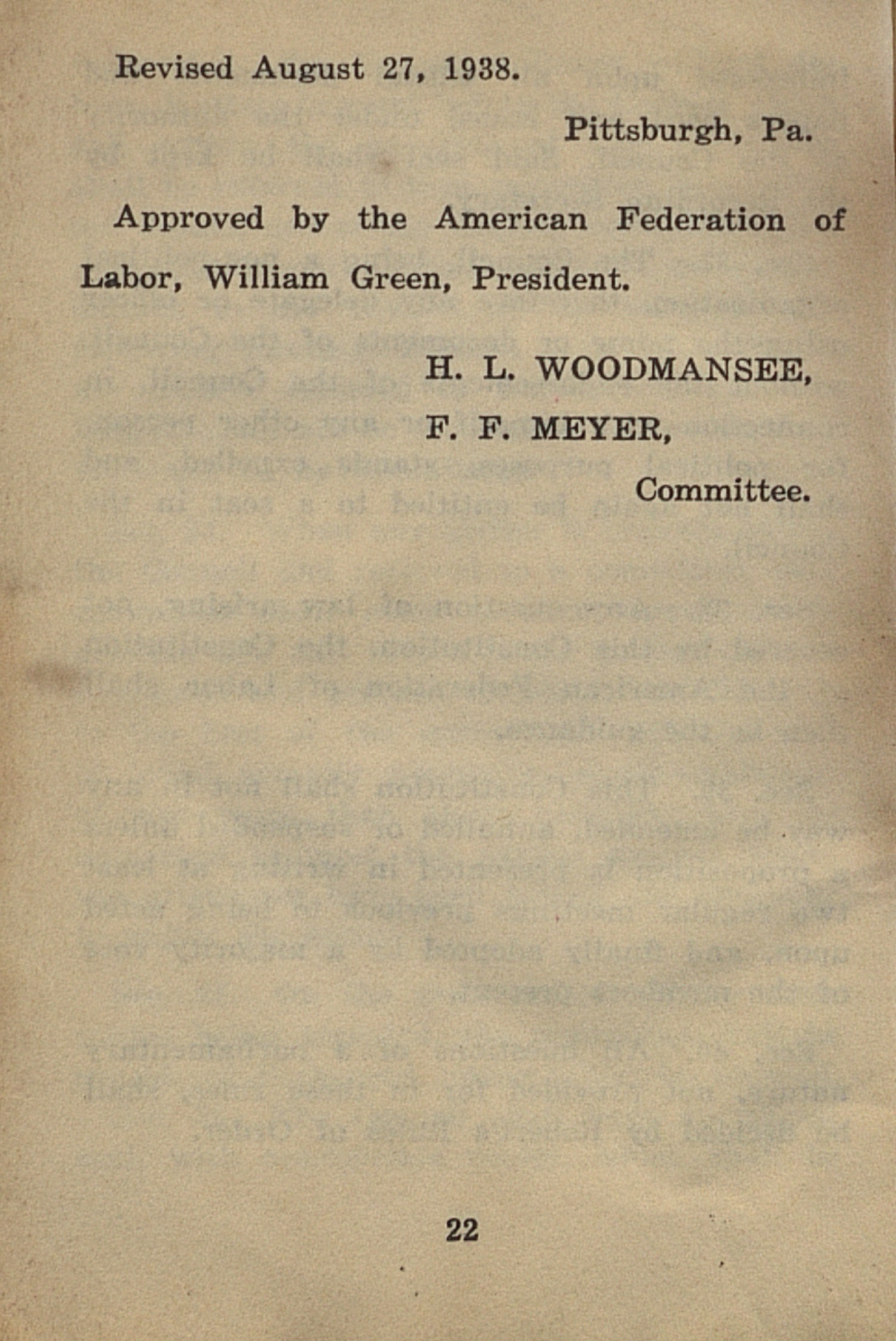 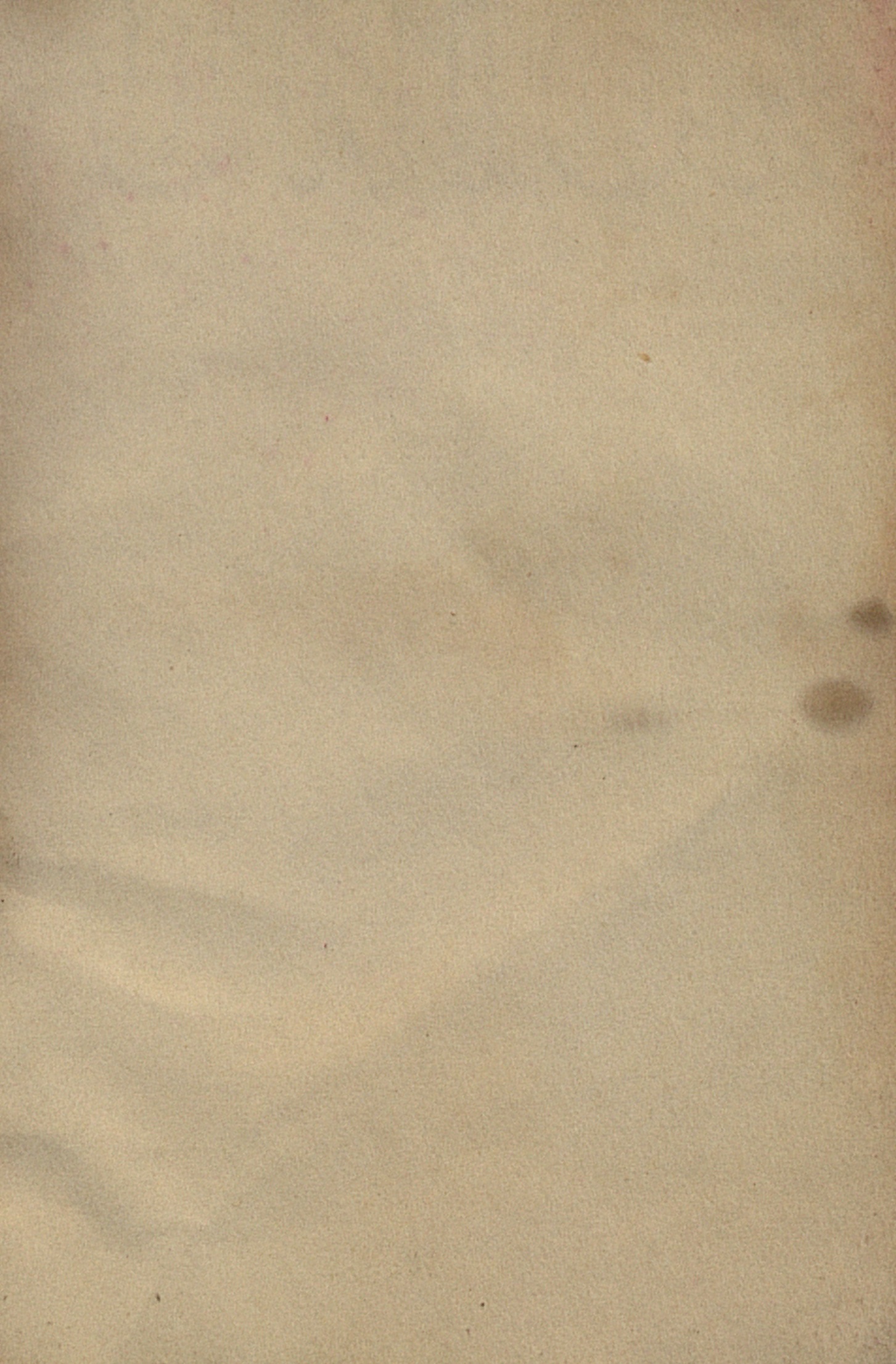 As part of its "Declaration of Purposes" on page five, the Pittsburgh Central Labor Union declares one of its purposes to be "The formation of the toilers, both men and women, of labor into unions without discrimination as to sex, color, nationality or creed". On page seven, the constitution also included "Women suffrage co-equal with men suffrage" as part of its platform. This constitution, although originally adopted in 1901, was revised in 1938. The stances of the Pittsburgh Central Labor Union were progressive for the time, especially when compared to those of other labor unions.

Prompted by the national merger of the AFL-CIO in 1955, the Allegheny County Labor Council was formed in 1961 through the merger of the Pittsburgh Central Labor Union, the McKeesport Central Labor Council, the Steel City Industrial Union Council, and the Tarentum District Industrial Union Council. It is an umbrella organization for hundreds of local unions in the Pittsburgh area.

In Article II, Section 4 of its constitution, the Allegheny County Labor Council outlined the principle “To encourage all workers, without regard to race, creed, color, sex, national origin or ancestry, to share equally in the full benefits of union organization”. Article V, section 5 detailed representation and voting strength in the council, where “Three (3) fraternal delegates shall be seated from the Women’s Auxiliary to the Council and three (3) fraternal delegates from each women’s auxiliary of any union affiliated with the Council, such delegates to have voice but no vote.” Section 9 of the same article declared that “No delegate from any affiliate shall be discriminated against because of race, creed, religion, color or sex”.

There were also departments and organizations specifically focused on women. AFL-CIO local central bodies with Committees on Political Education (COPE) were supposed to establish a Women’s Activities Department “for the purpose of achieving full participation of women trade union members, women’s auxiliaries, wives, widows, sisters and daughters if trade union members in the activities of the Local Central Body COPE”. One of the most important aspects of this, of course, was that the Director of the Women’s Activities Department was also a woman.