Although many of the union collections at the Archives Service Center focus on more industrial fields, there are also collections that center on professional fields of work. One of the primary issues pertaining to women in the professional sphere was an issue that plagued all working women: pregnancy and maternity leave. Prior to the Civil Rights Act and the Higher Education Amendment, many women could expect discrimination and termination of employment in the event of pregnancy. However, Title IX of the Higher Education Amendment of 1972 prevented discrimination on the basis of sex in educational institutions provided federal aid. The Equal Employment Opportunity Commission was created to aid in eliminating this discrimination within the workplace. Termination of women due to pregnancy was an issue of discrimination, especially because many women were still able to work until shortly before their delivery date. Because pregnancy was a temporary condition and women usually only required a relatively short amount of time to recover from it, there was a push for maternity leave to be treated similarly to regular sick leave. Instead of losing their jobs, women were able to leave and then return to work.

The Service Employees International Union (SEIU) Local 585 was chartered in 1969. It represented health care employees, non-professional school district employees, and county civil servants in western Pennsylvania. Like many other unions, the SEIU was concerned with the issues of women workers during the 1980s. Members of the SEIU, such as Rosemary Trump, attended women's conferences to better the positions of working women. The SEIU's employment reports and research also indicated a concern for affirmative action, an end to wage discrimination, and affordable child care. The SEIU interacted with and supported women's groups such as the Coalition of Labor Union Women (CLUW) and 9to5, National Association of Working Women. Due to this affiliation, there are materials from CLUW and 9to5 included in the SEIU collection.

According to an informational newsletter from 9to5 entitled "Working at the Margins: Part-Time and Temporary Workers in the United States", dated September 1986, part-time and temporary jobs hurt women workers more than it helped them. Women made up the majority of part-time work. Most of these jobs paid less than the full-time positions of the same content, and workers were offered little to no benefits. Although part-time work arguably fit better into the schedules of busy mothers/spouses who needed to balance domestic duties and work, women with real economic need were forced to work 2 part-time jobs to make ends meet. This especially affected single women/mothers, who could not depend upon the added income or benefits of an employed spouse.

Within the "Clerical Bargaining Contract Clauses", SEIU claimed to be "in the forefront of a nationwide effort to end sex and race-based wage discrimination through collective bargaining, legislation, and litigation on pay equity." SEIU aspired to end discrimination within the workplace and "rectify the negative effects of past discrimination". SEIU still exists today. 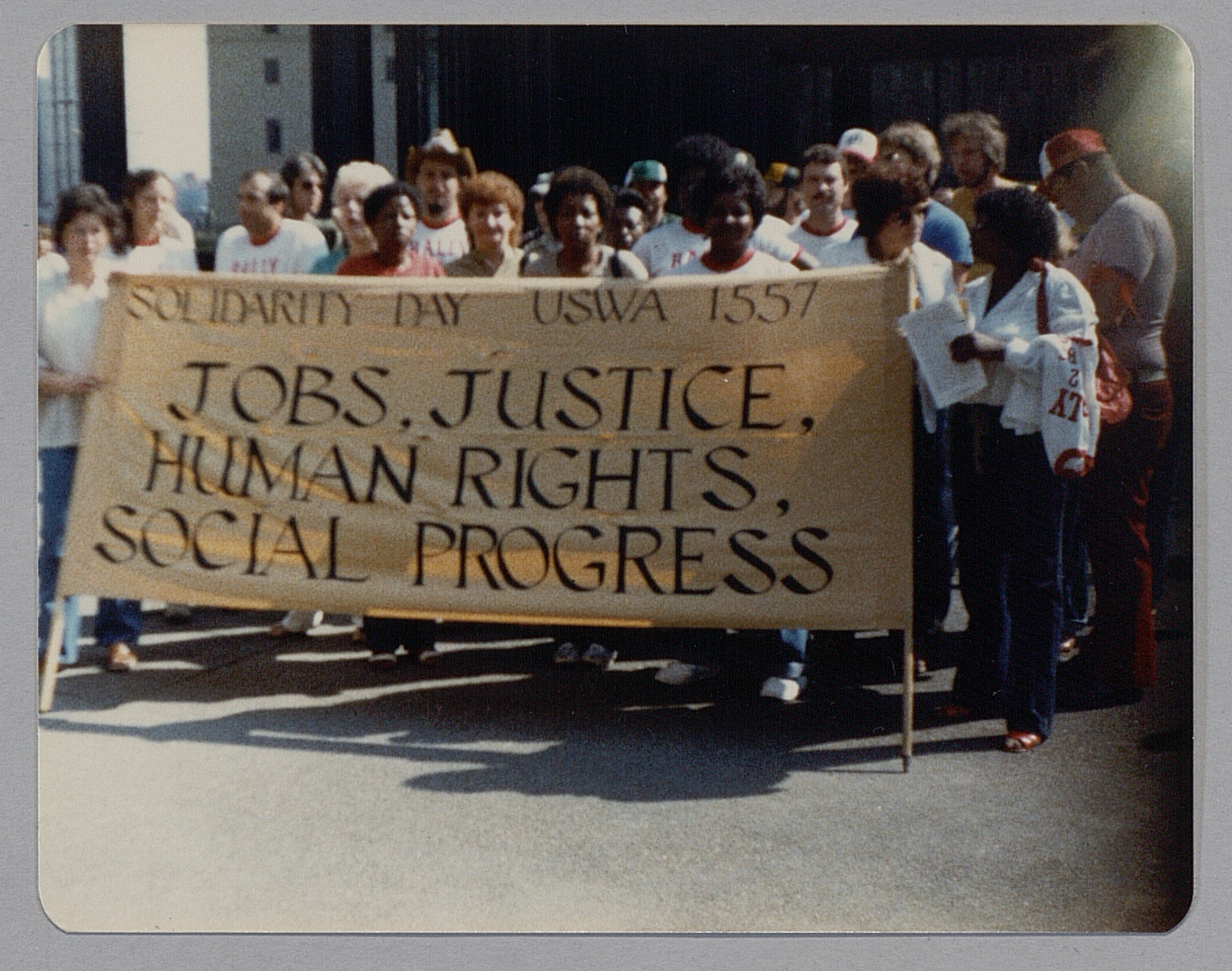 Solidarity Day, which first took place in 1968, is on June 19. During the first Solidarity Day, people of lower economic classes from across the country gathered in Washington, D.C. These people rallied in an effort to gain economic and human rights for poor Americans. In the following decades, there were also Solidarity Day rallies in Pittsburgh.

The Beaver Valley Labor History Society Collection contains information on numerous unions and labor organizations in Beaver Valley, one of which is the International Brotherhood of Electrical Workers (IBEW) Local 201 from 1973-1979. The local celebrated its 25th anniversary in 1973. On May 1, 1948, the first officers included three women: Lacy Cummings, vice president; Ruth Netherland, Recording Secretary; and Margaret Whitlach, Financial Secretary.

The local branch of IBEW in Pittsburgh is Local 5.

"SEIU: A Commitment to Women" 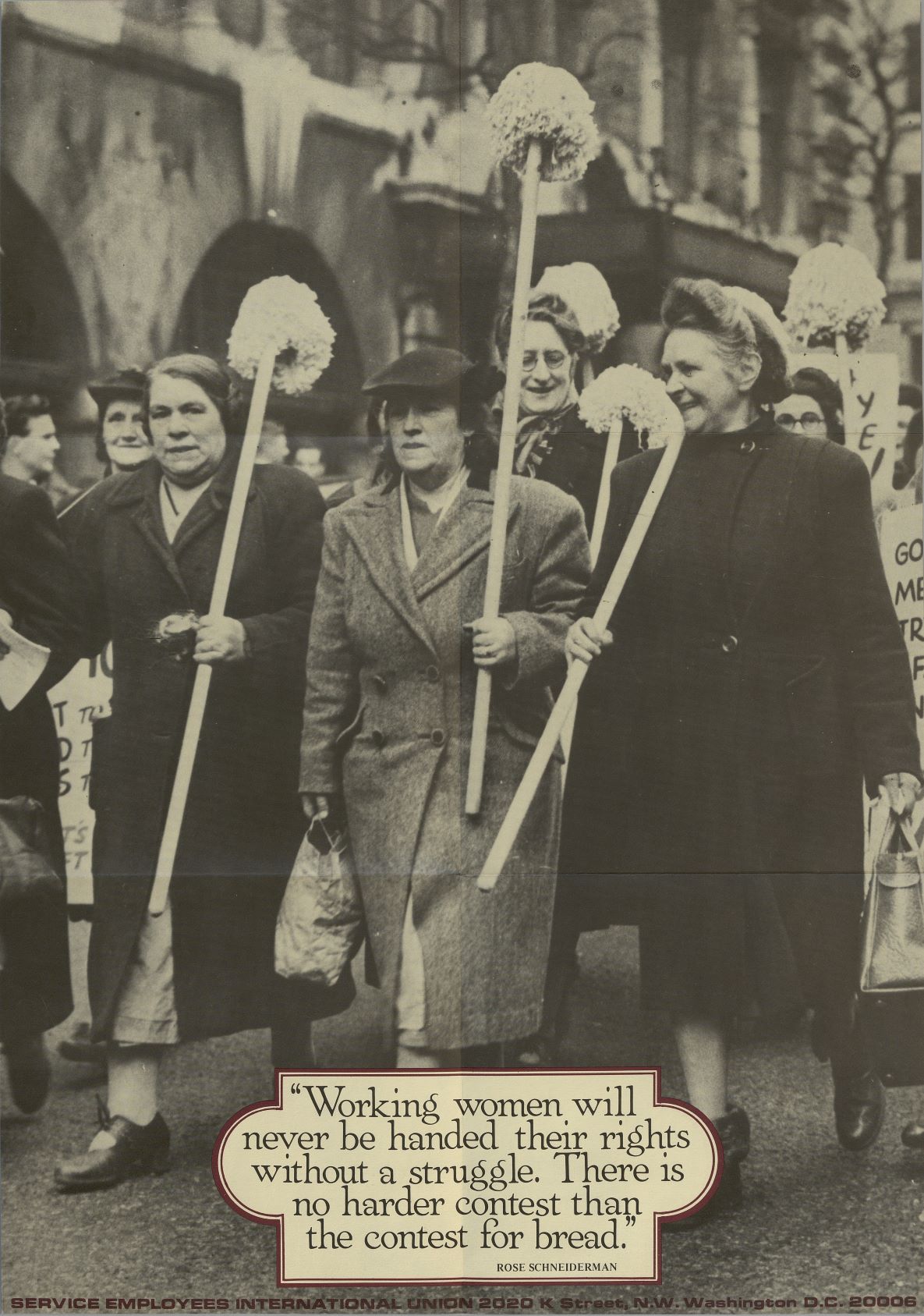 Federation of Telephone Workers of Pennsylvania

The Federation of Telephone Workers of Pennsylvania (FTWP) represented the employees of telephone companies across the state. In 1983, FTWP merged with the Communication Workers of America to form CWA Local 13000.

Because women made up a significant number of telephone company employees, their presence is well-noted in the collection at the Archives Service Center. There were several women who served as representatives of the union, including Mary Swencki, prior to 1980. Pennie Nickels served as the Pittsburgh representative to the Department of Labor. In 1982, after a special run-off-election held because of a tied vote, Janet M. Folino was elected as a representative.

In 1970, union members protested the election of FTWP Local 41 Branch 1. Union members wrote out and signed a document insisting that the election was not fair because 4 members did not receive their ballots. Because not all members received ballots, the election results were skewed and unfair.Out of the 48 union members who signed the protesting document, 10 were women. Although less than 20% of the signers were women, this was still a much higher number than in other unions and companies of the same time. These women were active within their unions, making sure that their voices were heard.

Delegate's Badge from the United Steelworkers of America conference