During the waning years of industrialization, more women sought out and gained employment in fields typically dominated by men. The steel industry was only one of the many industries in which women became more involved. Many of these women transitioned from "pink collar" jobs to "blue collar" jobs. Shirley Salata became a highway carpenter after working in an envelope factory. Elizabeth Ware was among the first African Americans hired by the Heinz plant in Pittsburgh. In the United Steelworkers of America Local 1843, there are also records of industrial nurses within Jones & Laughlin Steel Mill. Although nurses were typically separate from steelworkers, these industrial nurses were still included within the union and were subject to some of the same expectations/benefits as the actual steelworkers. 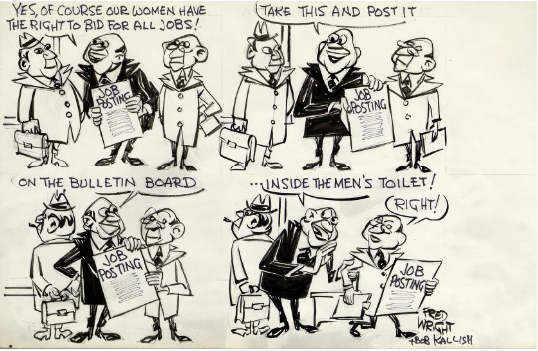 Shirley Salata was a member of the Heavy and Highway Carpenters Local 2274. Heavy/highway carpentry involves heavy roadwork, bridgework, and railroad work. This is different than carpentry in the building trade, where carpenters primarily focus on trim, high rises, and similar projects.

Salata came from a family of steel- and mill workers. Her grandfather worked as a carpenter in the mills, her father was a steelworker, and her brothers worked in the mills. Salata was born and raised in Youngstown, Ohio, which was a prevalent mill city. When the mills closed in the 1980s, the economy suffered greatly. Salata moved to Pittsburgh in search of work. She worked in a few different jobs before becoming a carpenter, including in a restaurant as a waitress, in a grocery store, and in a pipe mill. There was inequality between the wages of men and women at a few of her jobs. At one point, she worked in an envelope factory. According to Salata, men in the envelope factory were making $7 an hour for doing less work than the women, who made $3.45 an hour.

After affirmative action programs were created, women were encouraged to enter male-dominated jobs and employers were encouraged to hire them. Salata gained her job as a carpenter because of this. She worked as a union carpenter for 8 years, which included 2 years of on-the-job-training in the Carpenters Local 2274. As a woman working in a previously male dominated trade, Salata noted that some women who weren't able to do the work actually made it more difficult for those who did actually try. As she said, "It's the union's fault that they hire the women they do on the jobs...the women that I have worked with, there's exceptions...But most of the women that I've seen on the job are incompetent." This applied to men as well, yet the women who were able to do the work had to "put 110% out" to be accepted and set themselves apart from the women who could not do the work.

The transcription of Shirley Salata's interview from 1987 can be found in Box 73, Folder 23 of the Steffi Domike papers.

Rosemary Trump dedicated most of her life to the labor movement. She served on the executive board of the Service Employees International Union, held the presidency of Local 585 in Blawnox, Pennsylvania for 27 years, and served as a charter member of the Pennsylvania Labor History Society. Local 585 was primarily made up of service personnel in school districts, county governments, cities, townships, and boroughs. Trump was politically active in Westmoreland County, and she was a delegate to every Democratic National Convention from 1984 to 2004. She was the first secretary-treasurer of the Pennsylvania State Council, the first female International Vice President of SEIU, the vice president of the Pennsylvania AFL-CIO in 1995, and the recording secretary of the Western Pennsylvania Area Food Beverage Trades Council. In addition to these accomplishments, Trump was part of the American Civil Liberties Union, the Coalition of Labor Union Women, and the National Organization for Women. She was a charter member of the Steel Industry Heritage Corporation (SIHC).

Rosemary Trump was interviewed in one of Steffi Domike's projects.

Within Rosemary Trump's collection, there are many pamphlets and informational papers concerning laws that impacted women in the workforce. Trump was a strong advocate for women's rights within the work space. Because of this, her collection includes:

There is also information about laws and bills that went into effect. Of importance to note:

Elizabeth Ware was the recording secretary for the United Food and Commercial Workers Union Local 325 in 1997. Ware was born in East Liberty in 1943 and grew up in a family of eight boys and two girls. Her father was a union man who worked in the Homestead steel mills. However, Ware did not work in a union job until 1965, when she began working at the Heinz plant in Pittsburgh out of necessity. She and her husband needed more income to support their growing family. Ware's sister-in-law worked at the Heinz plant and was able to obtain a job for Ware in the cereal department.

Ware was one of the first few African Americans hired at the plant, yet she claimed not to have any issues with other workers. In an interview in 1997, Ware recalled an incident in which an employee called another employee a "racial name". This employee was fired on the spot. Soon after Ware began working in the plant, the company began to hire more African American workers. There were also different men's and women's wage rates for only a short period of time.

In 1969, there was an seminar announcing the "Functions and Responsibilities of the Industrial Nurse". The purpose of a nurse was primarily the first aid needs of employees, yet the industrial nurses were also expected to help the work force attain optimum productivity. In October of 1971, the industrial nurses at Jones & Laughlin were also given the same insurance benefits as the hourly paid part-time employees represented by the United Steelworkers of America. 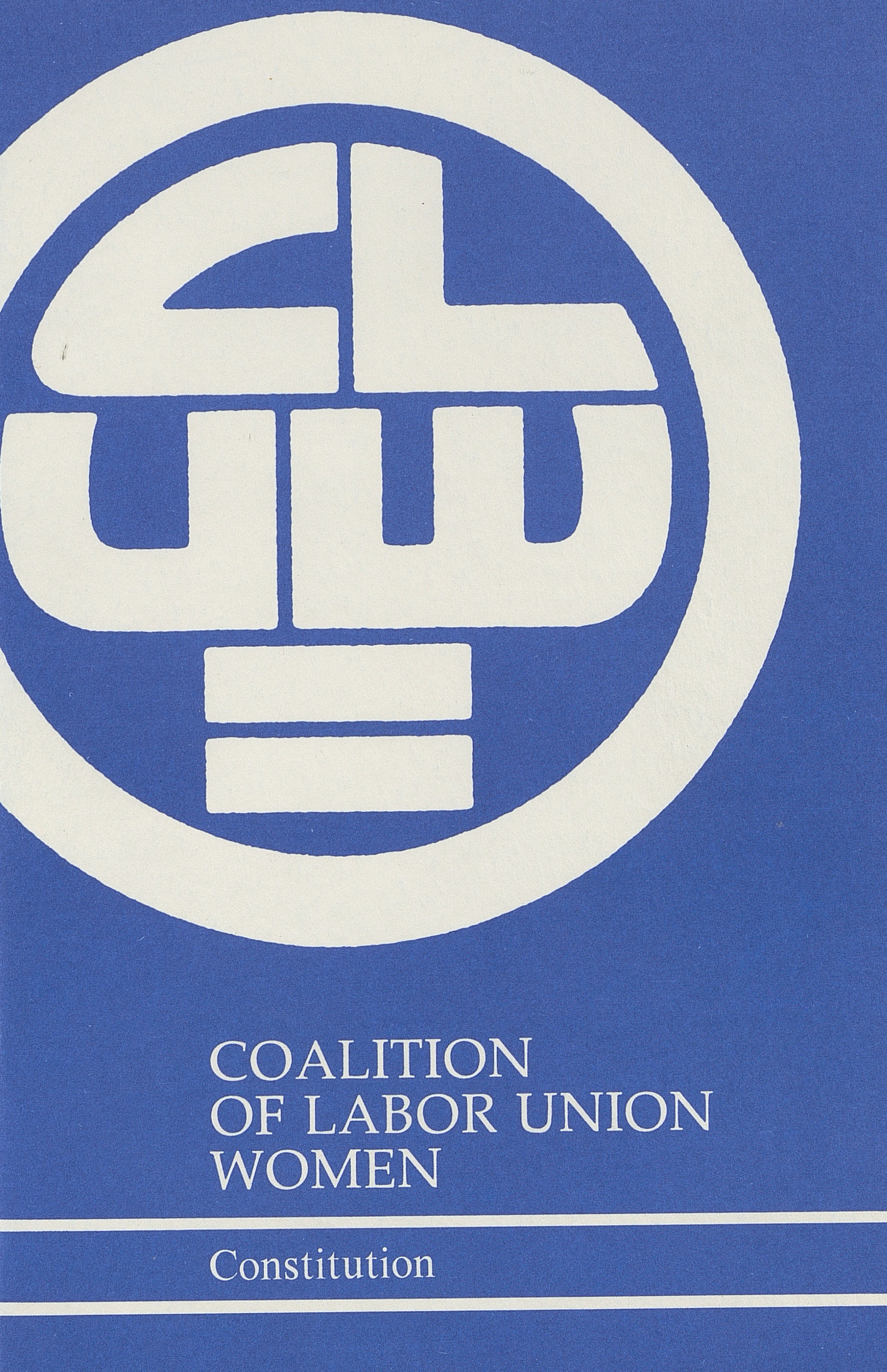 "We Can Say No and Mean It"

Unionization of women was difficult, even into the 1980s. Only about 20 percent of workers were unionized, and women constituted only about a quarter of that total membership. It may seem odd that women workers, who faced discrimination and inequality in the workplace, did not organize in larger numbers. However, it may have been due to the types of jobs that these women chose. More women were choosing to work outside of the home, yet often they held clerical positions where unions really had not taken hold.

However,  there were many women organizers who became active during the 1970s and 1980s. Rosemary Trump was the first female International Vice President of the SEIU. Kay Tillow, a local woman from the East End, was the vice president of the 5,000-member Local 1199P of the Hospital and Health Care Employees Union and the president of the local chapter of Coalition of Labor Union Women (CLUW) during the 1970s. Rebecca Smith was the lone woman staff representative out of the Pittsburgh office of the Federation of Teachers. Many women began to step up and become more involved within their divisions of organized labor.