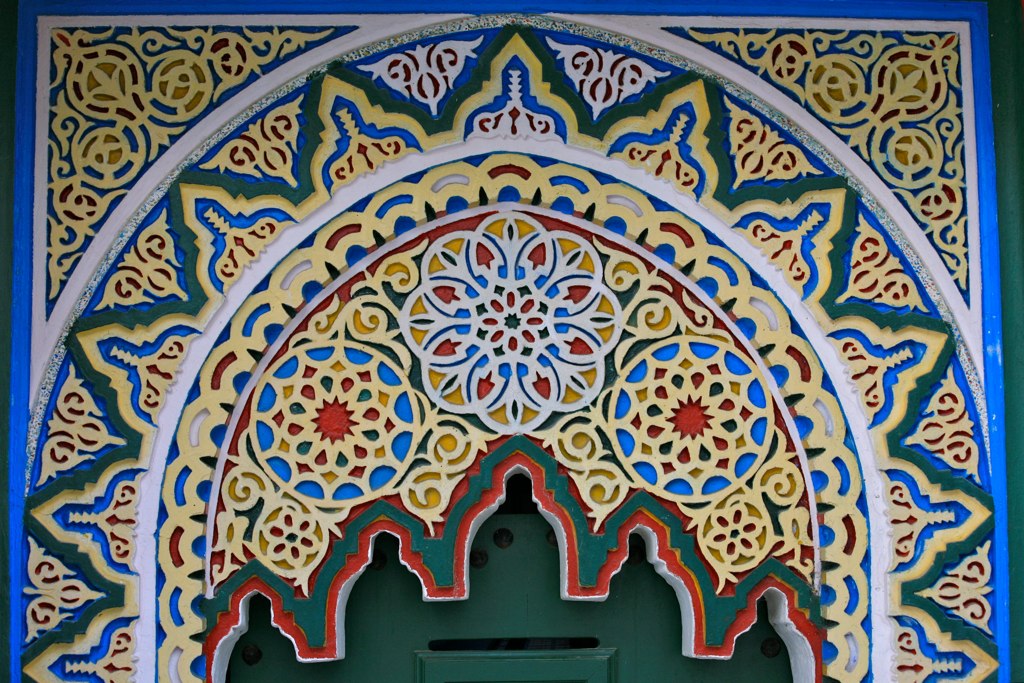 Islamic Studies extends from the 7th century to the present and across broad geographical areas of the world. It includes the history and cultures of Muslim majority countries from Morocco to Indonesia as well as Muslim minorities living in Europe and the United States. It encompasses many languages, literatures, and disciplines, including geometry, law, economics, music, and architecture. Image of Islamic Art by Alex Proimos at en.wikipedia [Public domain], from Wikipedia Commons