The UN subregion of North Africa consists of 7 countries at the northernmost part of the continent -- Algeria, Egypt, Libya, Morocco, Sudan, Tunisia, Western Sahara. North Africa is an economically prosperous area, generating one-third of Africa's total GDP. Oil production is high in Libya. Geographically, the region instersects the Arab World and Africa. With a strong islamic population, North Africa was the center of the Arab uprising of 2011.

Other significant sources' country subdivsions include those arranged by the African Development Bank Group and the African Union. 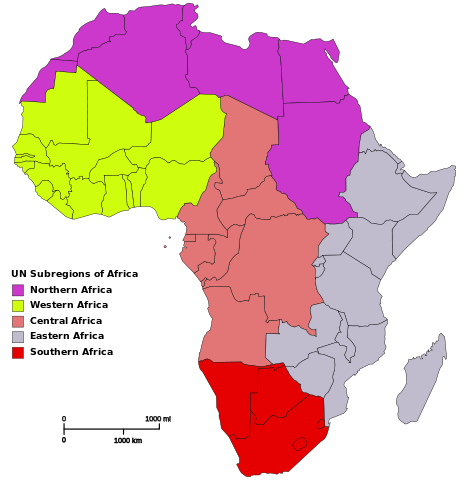 Other country subdivsions include those arranged by the African Development Bank Group and the African Union.

News updates on North Africa in The Economist

The African Development Bank Group , the African Union and AllAfrica (an African based news aggregrate service) use slightly different Subdivsions.

News Updates from All Africa