Gay Life is an underground periodical that ran from 1977-1979 and produced a total of 30 individual issues. The periodical originated as a response from readers who expressed a strong interest in increasing socialization within the gay community in a Pittsburgh Gay News (PGN) survey, Gay Life’s predecessor1. The publication changed its format from PGN’s large newspaper to a hand-bill size magazine. Gay Life’s priorities were to be a source of communication between gay people in Pittsburgh and to encourage socialization through a dispersion of information on local events.

Gay Life was financially sustained by advertisers that were gay owned or allied establishments across the tri-state area including Pennsylvania, Ohio, and West-Virginia. The businesses that sold their publication and other establishments that catered to the gay population paid to be advertisers in their issues1. The advertisements functioned with a dual purpose of funding the magazine and connecting readership to resources. Social gatherings at clubs, bars, bathhouses, restaurants and other locations around the city were posted each month. They often referred readership to resources such as legal or mental health counseling, support groups, clergy, accountants, educational and professional programs, clinics, physicians, and real-estate opportunities.1 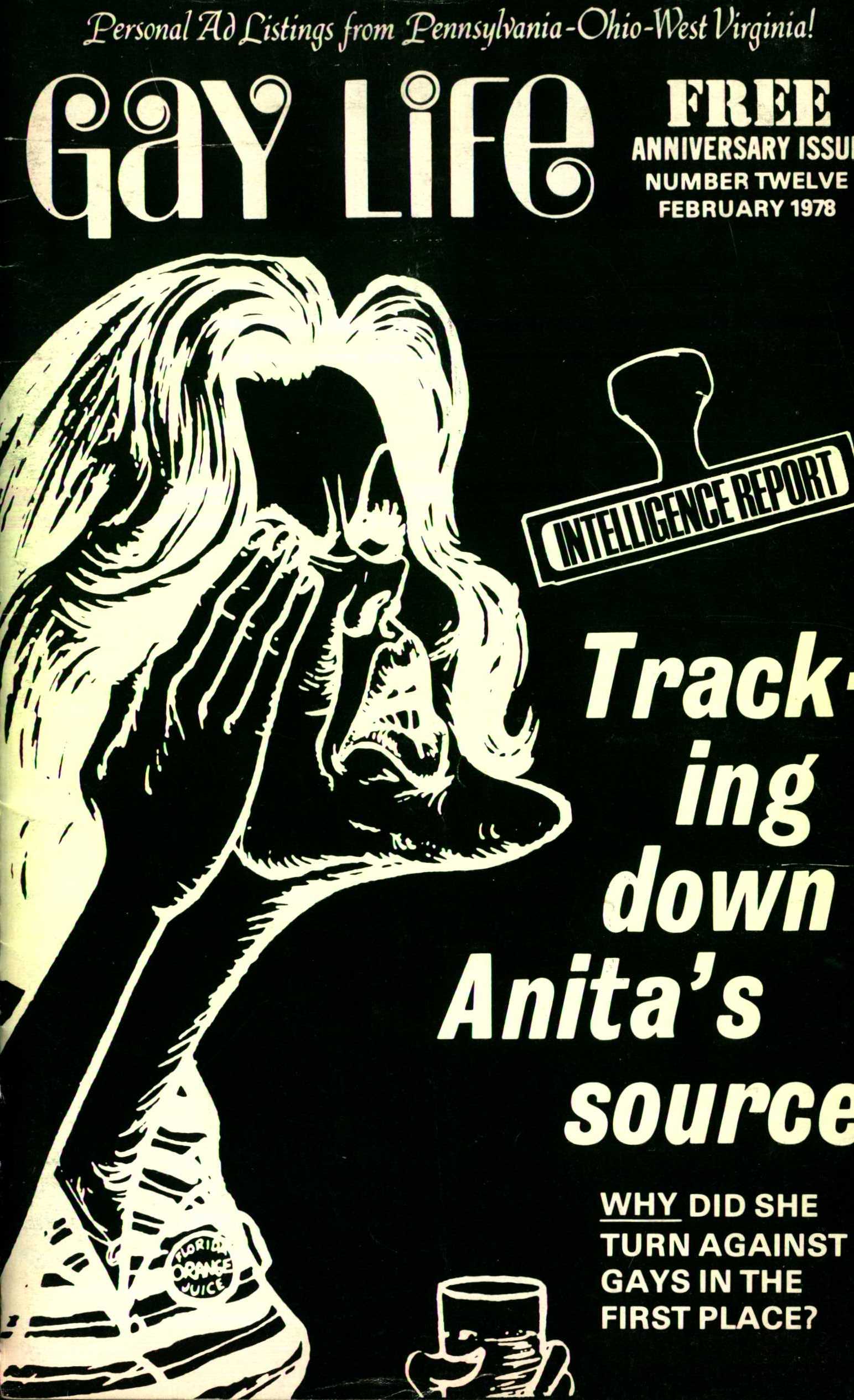 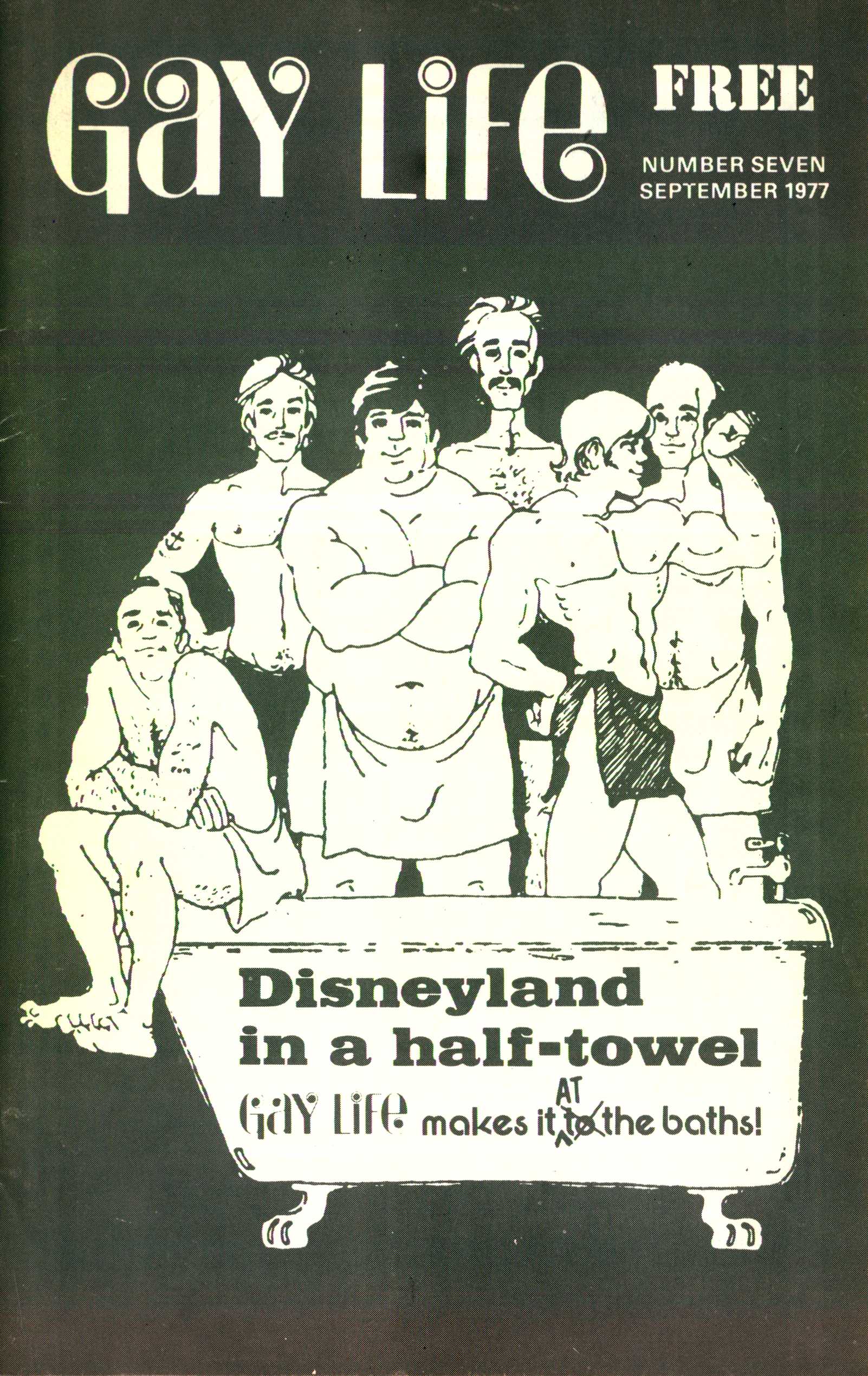 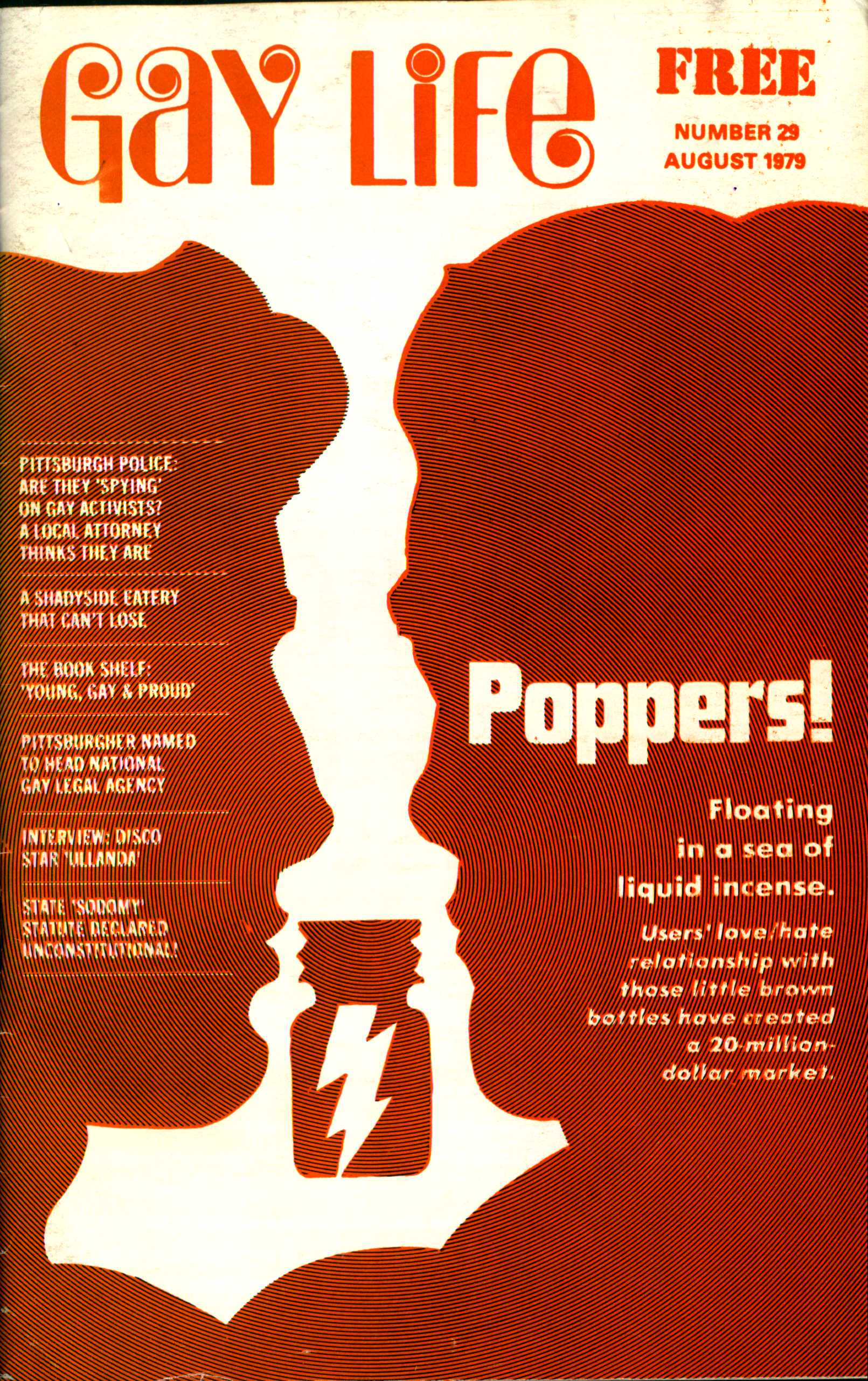 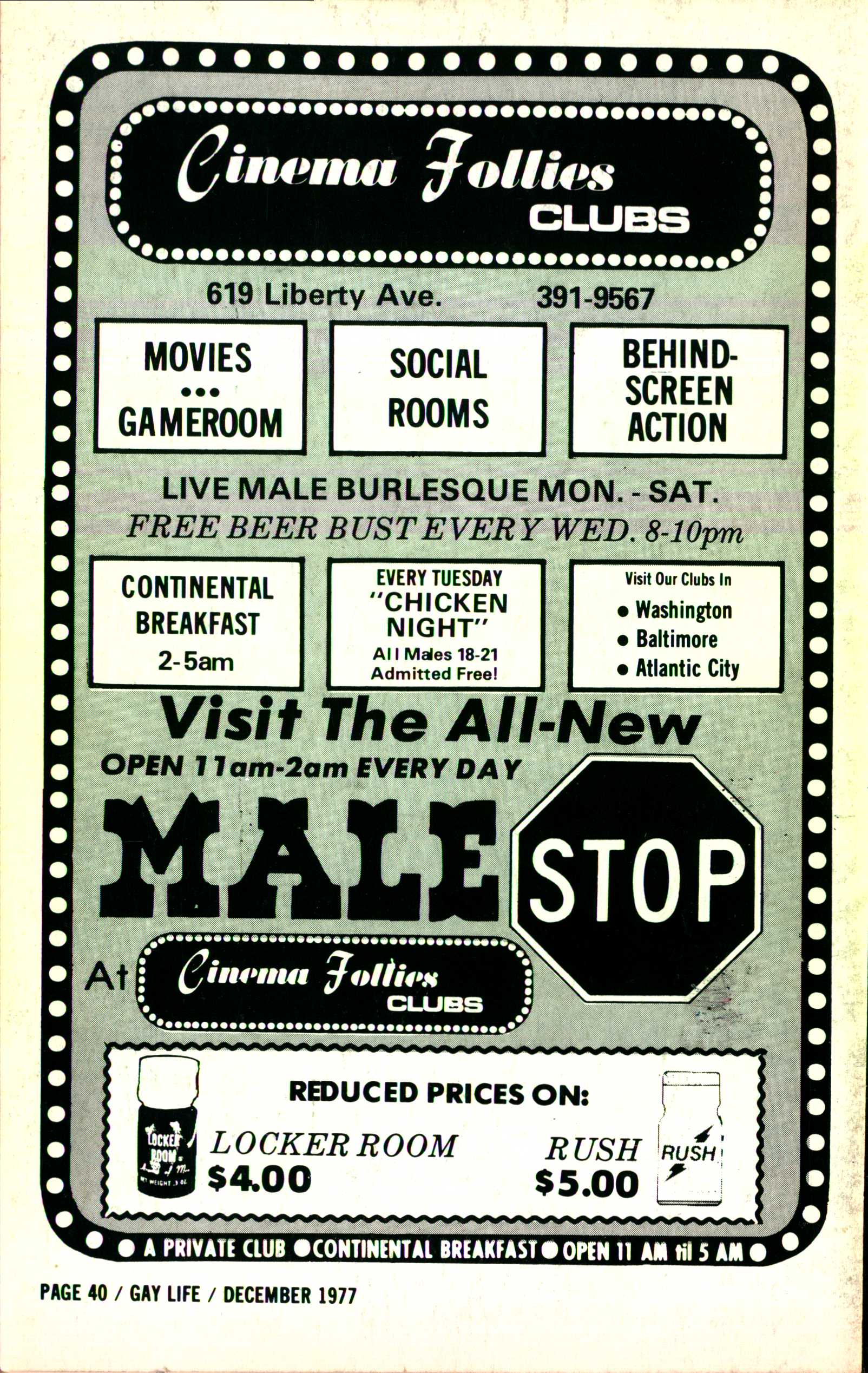 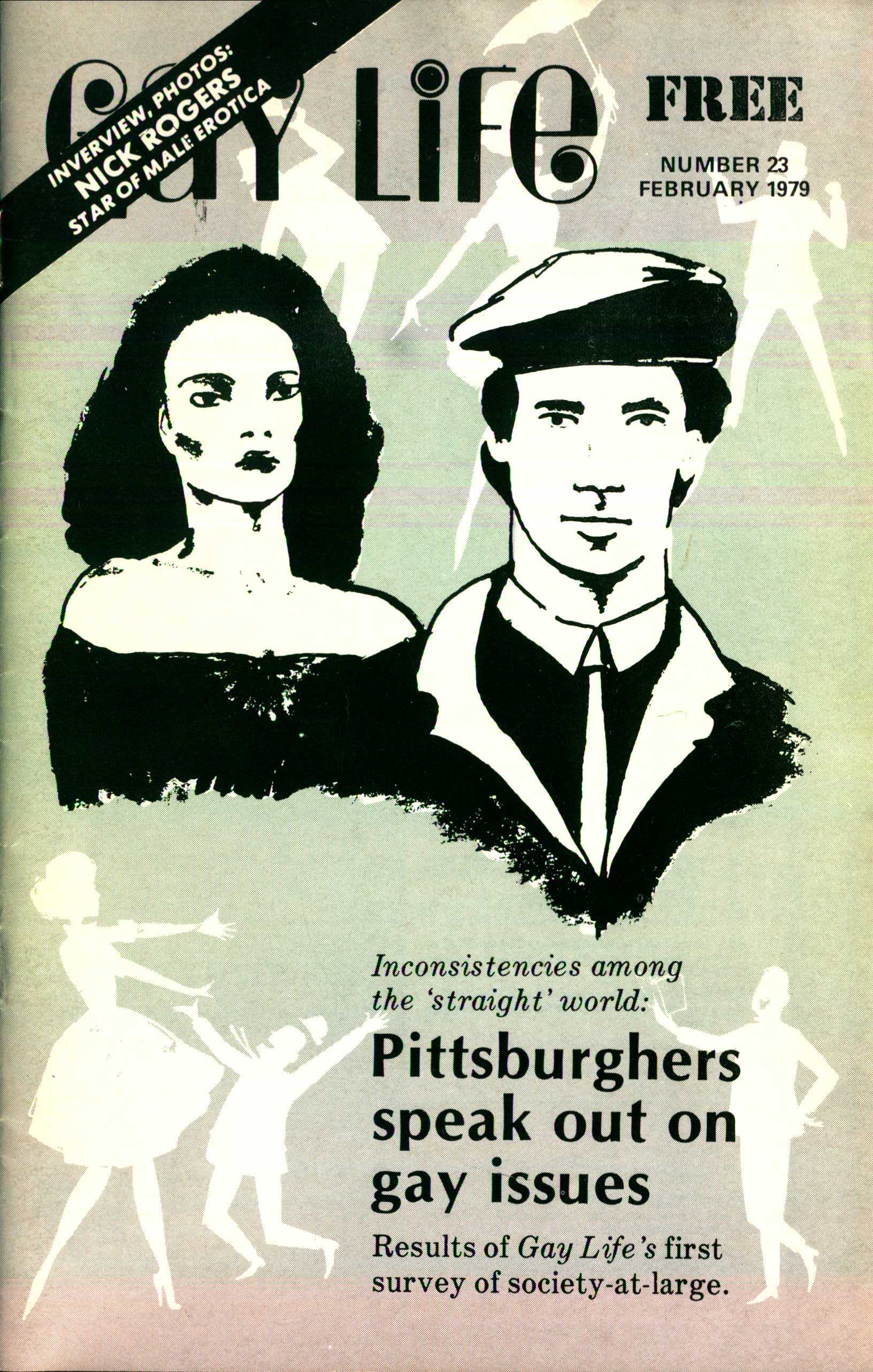 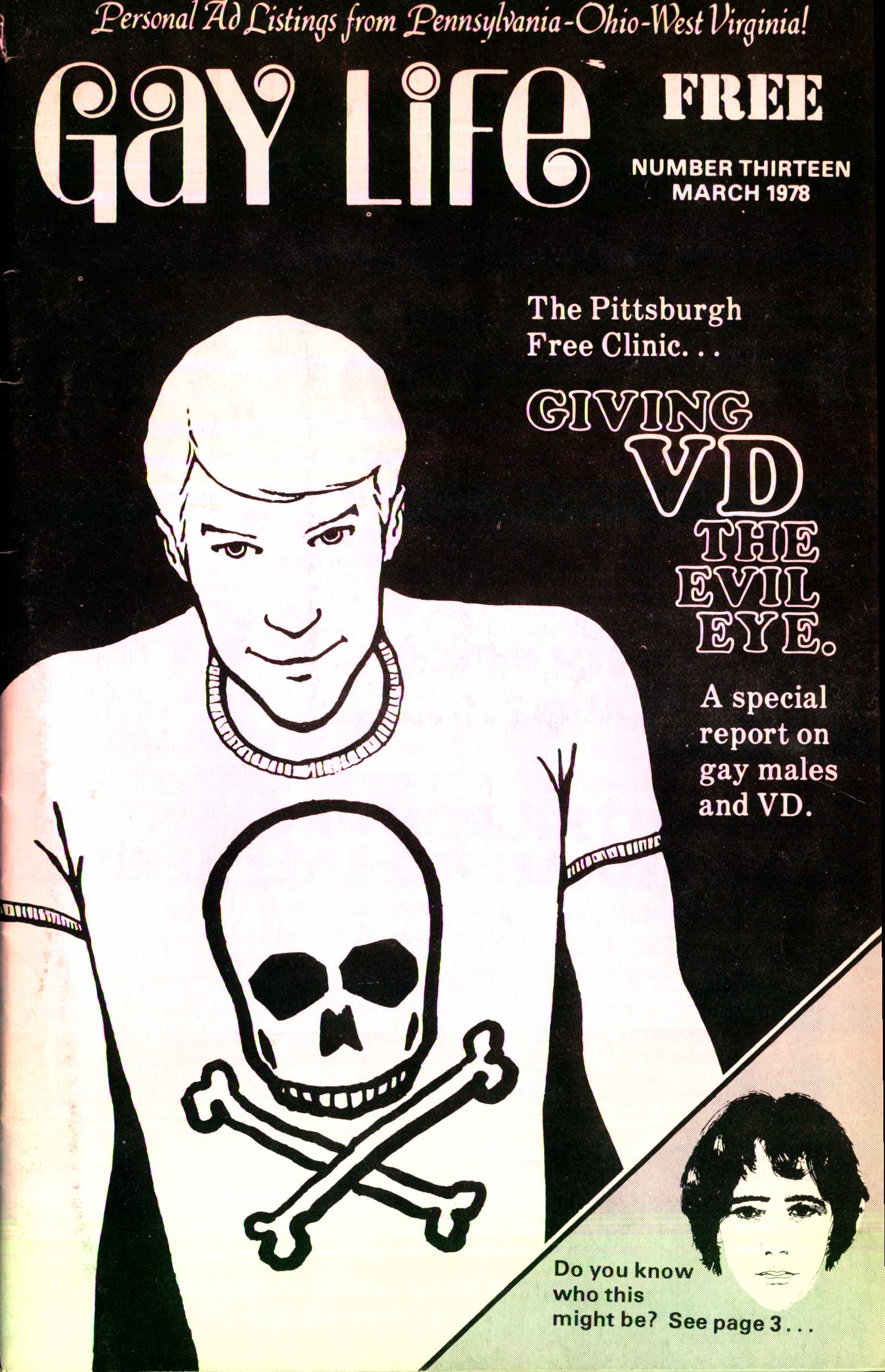 The formatting of Gay Life changed midway through the publication after it was auctioned off in June 1978 with bidding starting at $25,541.68, when adjusted for inflation1. Issues 1-15 began with a “Local Briefs” section of short articles that reported on current local events. This included topics such as reviewing performances or movies and informing readers of social gatherings like discos, picnics, and pageants. From issue 16 and onward, this section was called “Best Bets” that had a one sentence bulleted format covering the same topics in a briefer fashion. Articles that were typically included in the “National Briefs” and “Miscellany” sections were condensed into a few pages of “Bits and Pieces” post-transition1. All the issues had a main-feature article that typically coincided with the image on the front cover and were heavily comprised of advertisements. They all featured pictures of people attending sponsored events in “Faces and Places” and included lists of local information in the sections “Bazaar,” “What’s Happening,” and “Nightlife and More1.”

Gay Life’s publishers, Jim Austin and Brian Michaels, had control over the publication since PGN was established in 1972 until it was sold in 19781. Both individuals were active in the gay Pittsburgh scene as they frequently participated in the social events the periodical advertised, engaged in advocacy work, and wrote articles. Jim Austin was involved in managing other businesses such as Cost Plus, Home Circle Club, and Philadelphia Gay News, in addition to organizing the 1977 Lambda rail tour, the first national gay rail tour that originated in Pittsburgh1. Brian Michaels contributed to the periodical by taking photos for the “Faces and Places” section and writing a two to three-page section titled “Brian Michaels.” This involved humorous recollections of events at nightclubs and bars, as well as calling out friends and colleagues in his column by first name.

Austin and Michaels continued to be heavily involved with Gay Life until its last issue. The last publication, issue 30 released in September 1979, was the longest and thickest issue out of the whole collection. This issue included many long articles that were written in a smaller front and included fewer advertisements. It was during this time that Gay Life transitioned back to the larger newspaper format. This newspaper was called Pittsburgh’s OUT and the first issue was released on November 1, 19791.

There was frequent coverage that reported on the antics of anti-gay figure head Anita Bryant, the founder of the organization “Protect Our Children from Homosexuality.” Bryant called for a referendum to repeal the local gay rights amendment in 1977 that made it illegal for employers to discriminate against gays in Miami Dade County, Florida. Gay Life called for donations from loyal readers and advertisers. They raised $2,515.86, when adjusted for inflation, and donated this money to the Dade County Coalition to combat this anti-gay propaganda1. Gay Life continued to report on Bryant’s actions against the gay community and frequently made jokes such as hosting a “Anita Bryant” look-alike contest for drag queens and saying “take that Anita” when reporting on events that were positive for the gay community1. When Anita Bryant came to speak in Pittsburgh in 1978, the University of Pittsburgh’s first student-led queer advocacy group Rainbow Alliance, known then as Gay Supporters at Pitt, hosted a counter demonstration and protest that was advertised in Gay Life.