Originally a revolutionary Socialist, Benito Mussolini abandoned his party to advocate Italian intervention in World War I. Following the war, Mussolini formed the Fascist Party in 1919, galvanizing the support of many unemployed war veterans. In 1921, the Fascist Party was invited to join the coalition government and by October 1922, Italy seemed to be slipping into political chaos. By 1925, Mussolini had made himself dictator and ruled until his ouster from power in 1943. Fascism was later used to describe the regimes of the Nazi Party in Germany (1933-1945) and the Nationalists of Francisco Franco in Spain (1936-1975). Its ideology of a belief in the supremacy of one national or ethnic group, its contempt for democracy, and its submission to a powerful leader, found a perfect breeding ground in the political and economic destabilization of Europe after World War I. 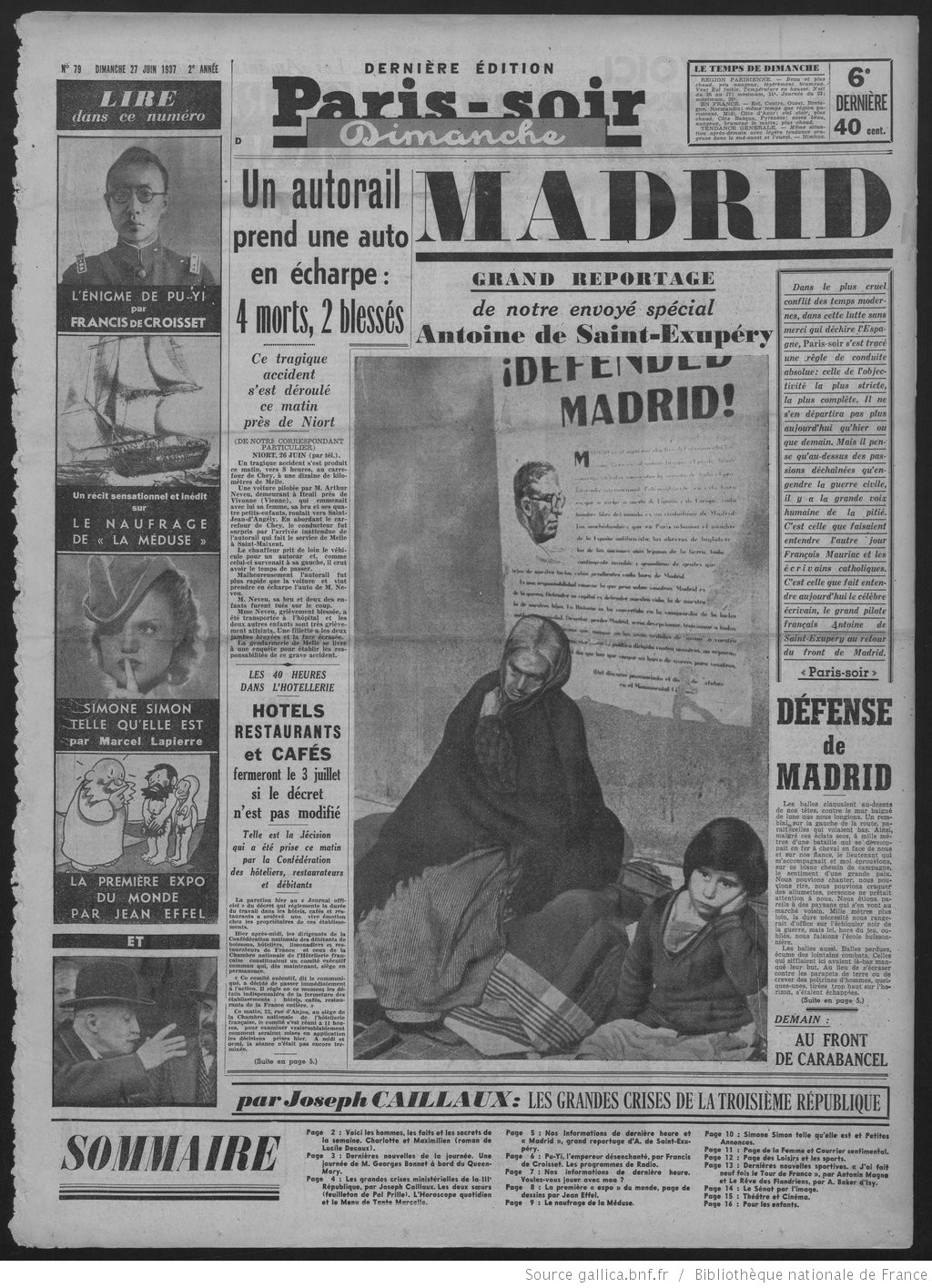 Antoine de Saint-Exupéry, the writer and aviator, covered the Spanish Civil War for the French newspaper Paris-Soir in 1937. 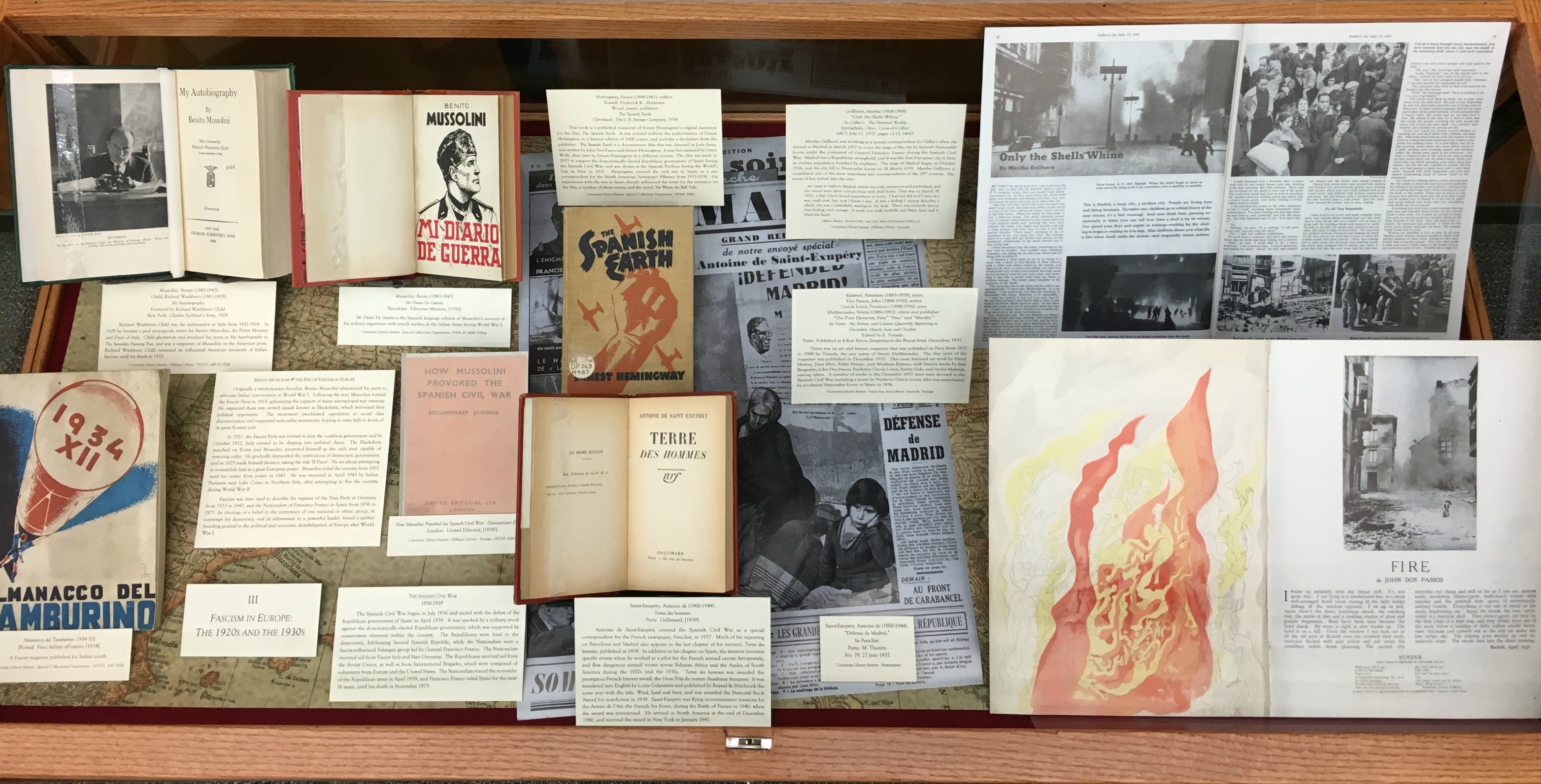 Reports From the Front: Martha Gelhorn

"Only the Shells Whine," In Collier's:  The National Weekly, 17 July 1937.
Martha Gelhorn, now considered one of the greatest war correspondents of the 20th century, reported on nearly every major world conflict over a 60 year period. Here she reports for Collier's on the Spanish Civil War in Madrid, 1937. 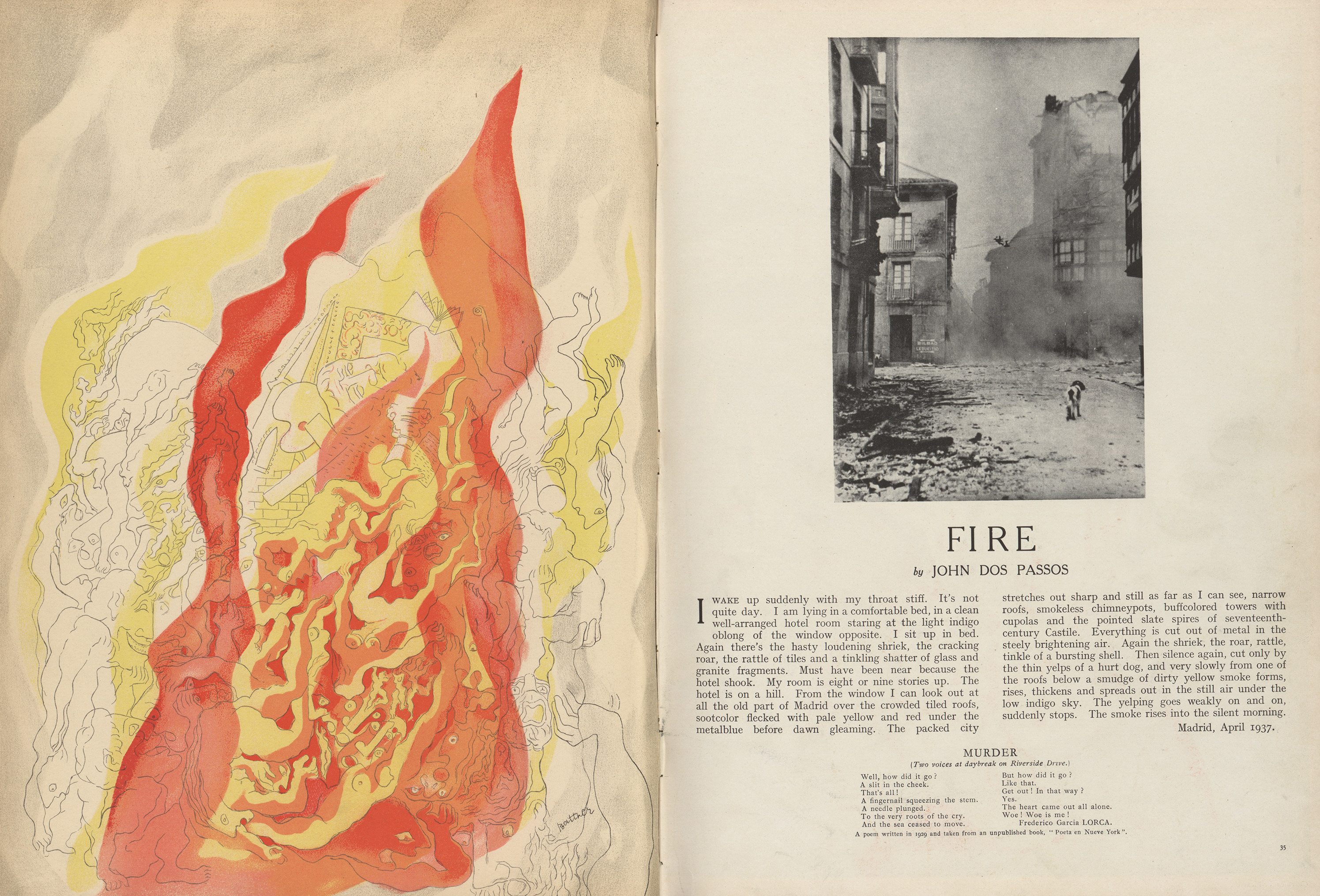 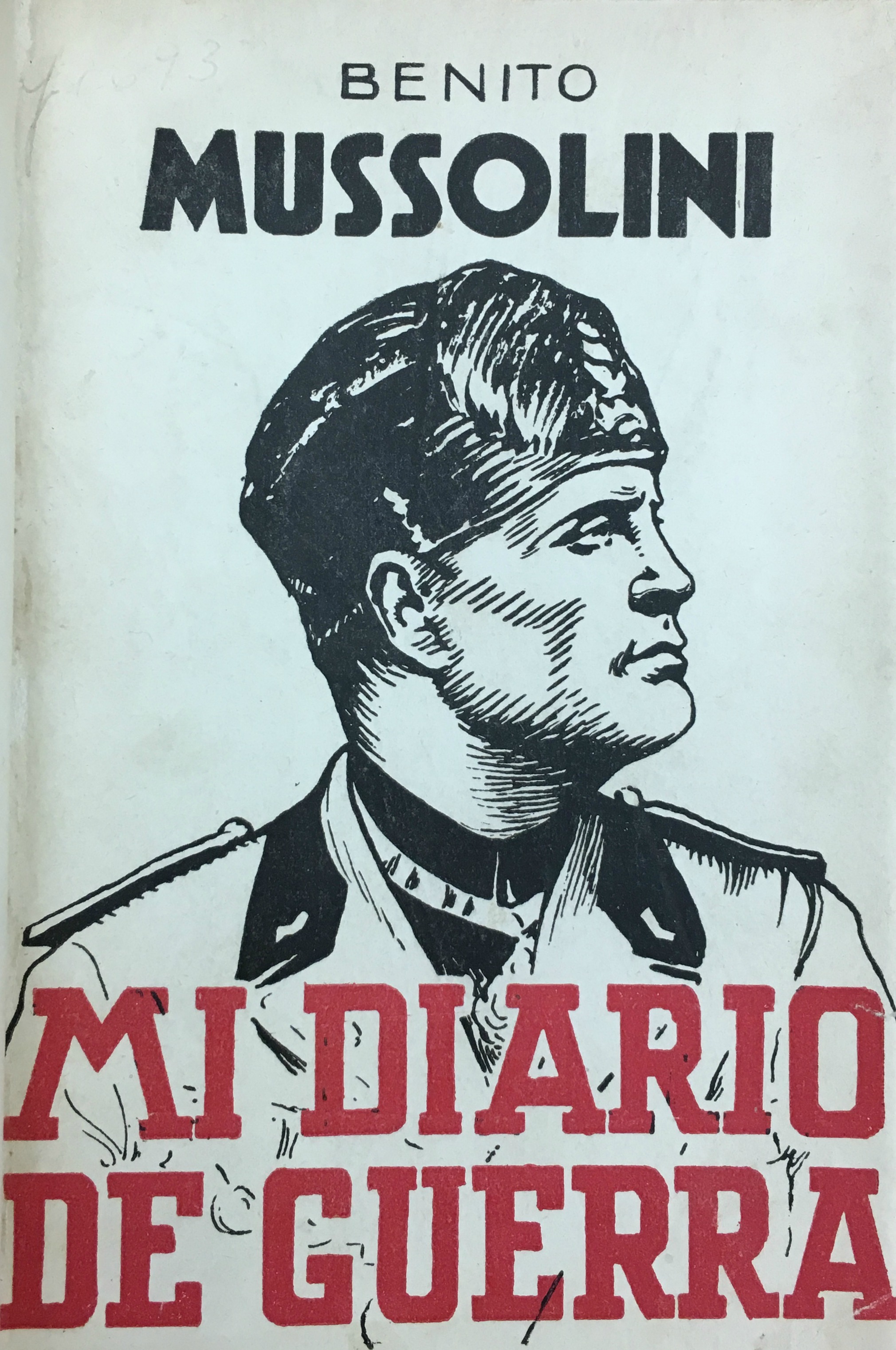 Mi Diario De Guerra is the Spanish language edition of Mussolini's account of his military experience with trench warfare in the Italian Army during World War I. 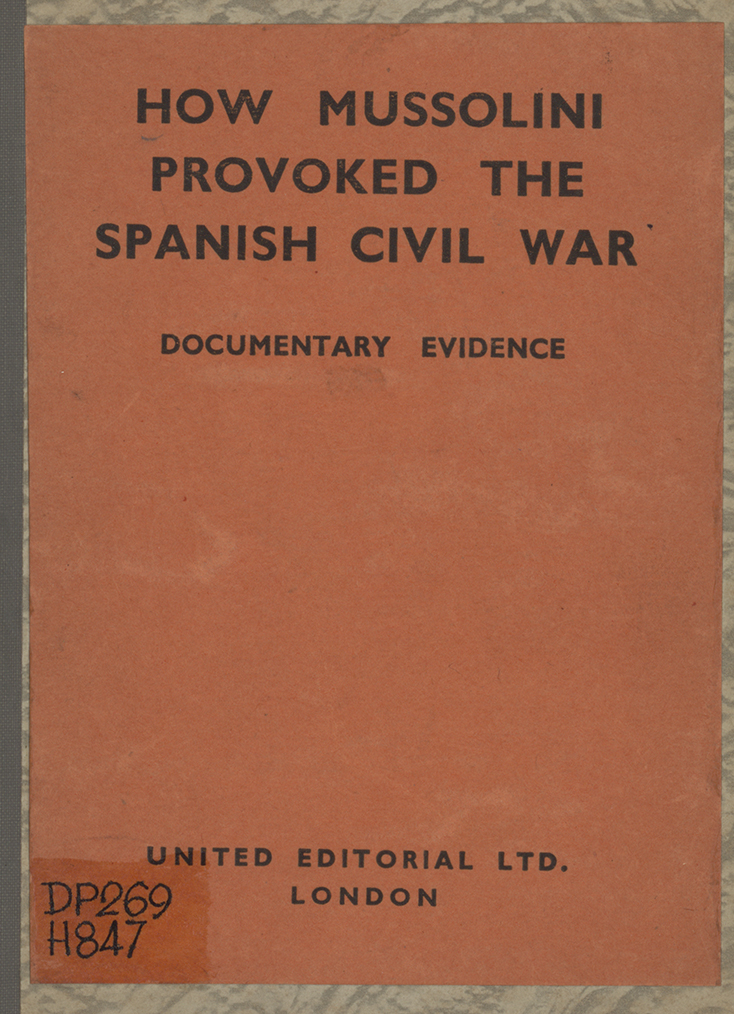