The Correspondent and the Soldier: Mary Roberts Rinehart and Hervey Allen at the Western Front, 1915-1918

Mary Roberts Rinehart was an American mystery writer and journalist from Pittsburgh, PA. In 1915, Rinehart asked her Saturday Evening Post editor to send her to Europe as a war correspondent to report on World War I. The Post provided her with letters of introduction, which made it possible for her to get war-related interviews with people such as the exiled King Albert I and Queen Elizabeth of Belgium, Winston Churchill, and Queen Mary of England.

William Hervey Allen was a First Lieutenant of Company B., 111th Infantry, of the 28th Division, American Expeditionary Forces in Europe. He fought in the Allied offensives of 1918 in France during World War I. He drew on letters sent to family members and a rough diary that he kept to write his searing war memoir of the Allied offensive of the summer of 1918. Allen graduated from the University of Pittsburgh in 1915 before enlisting in the military, and became a writer after the war. 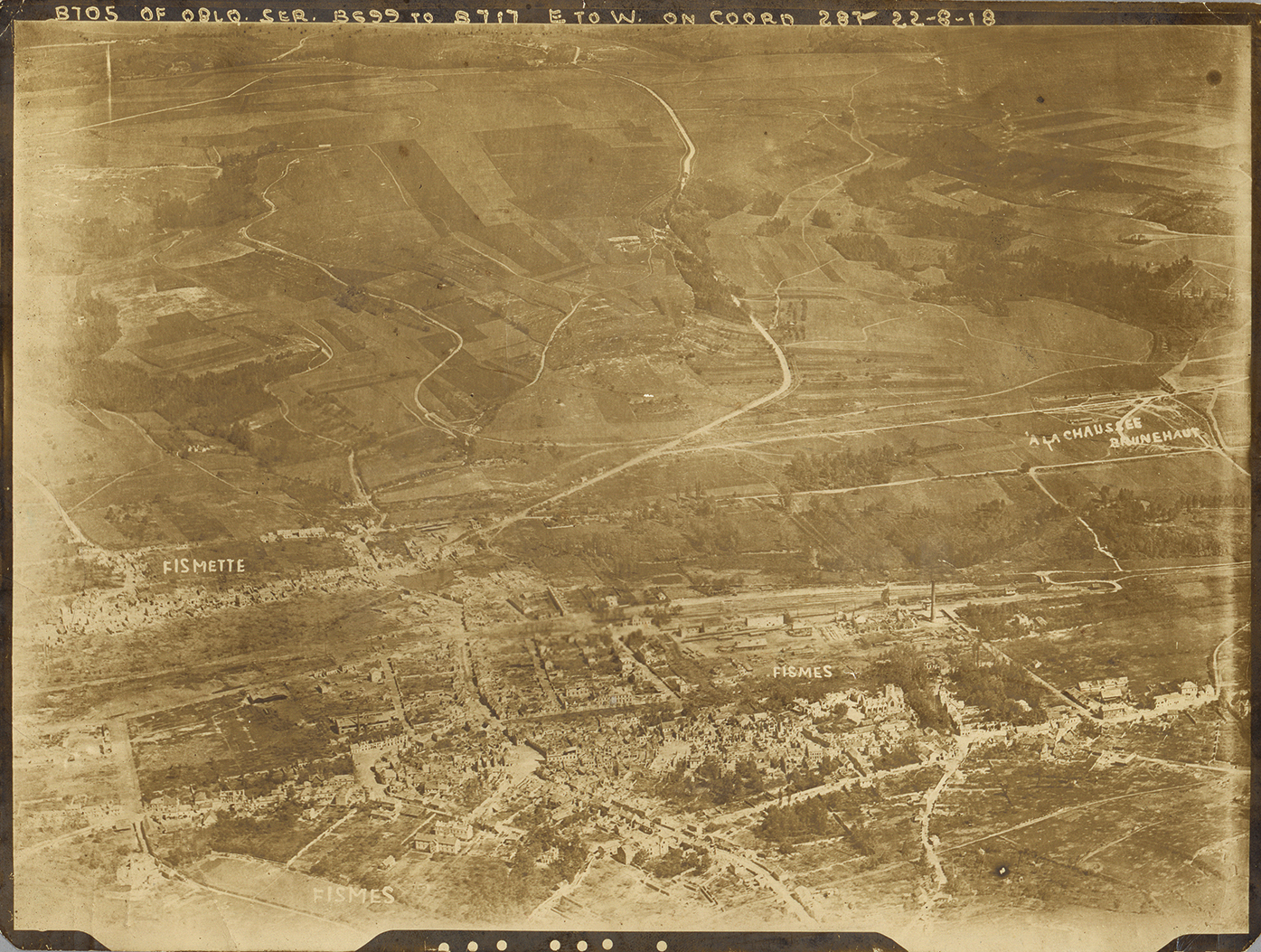 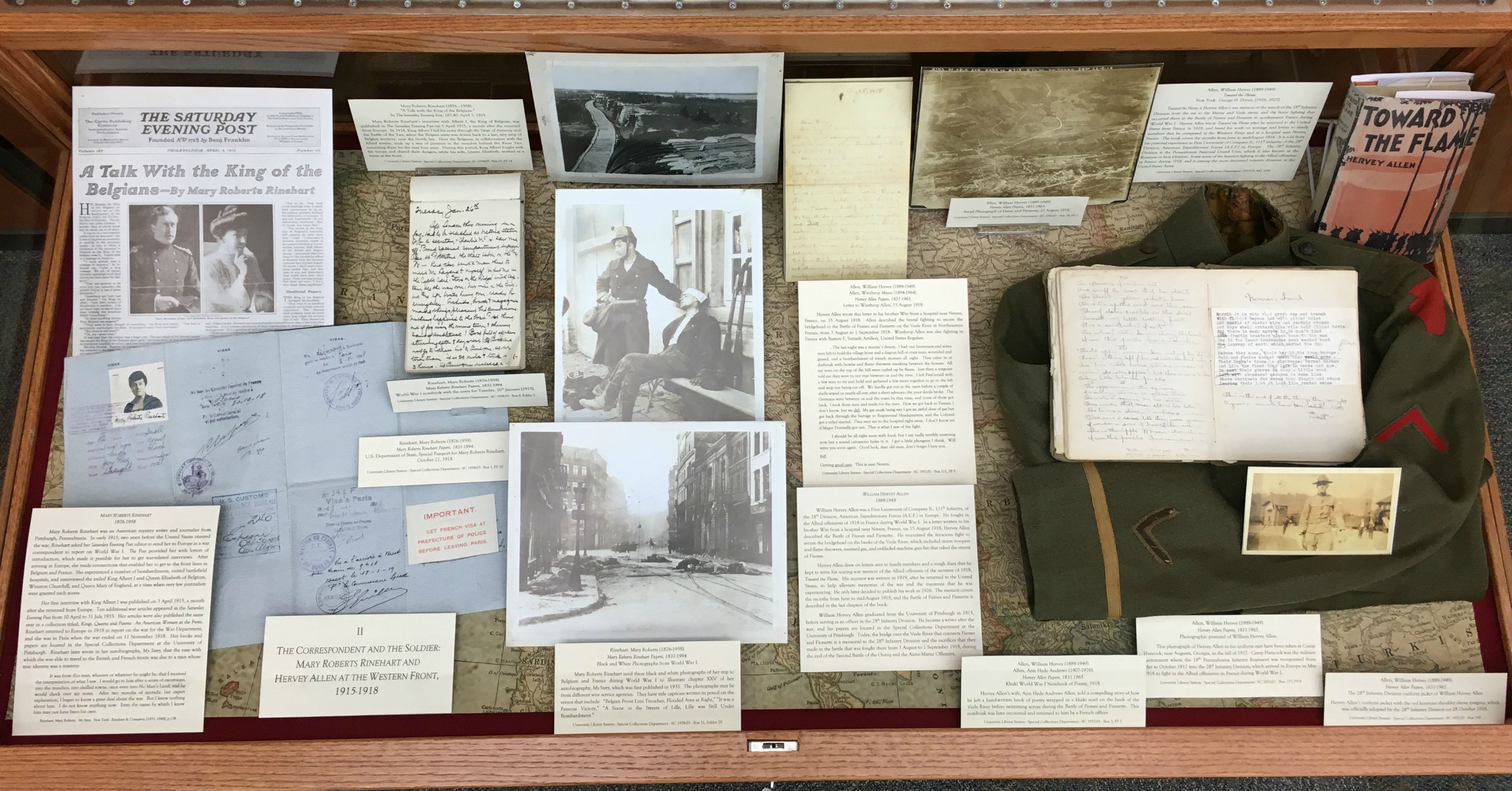 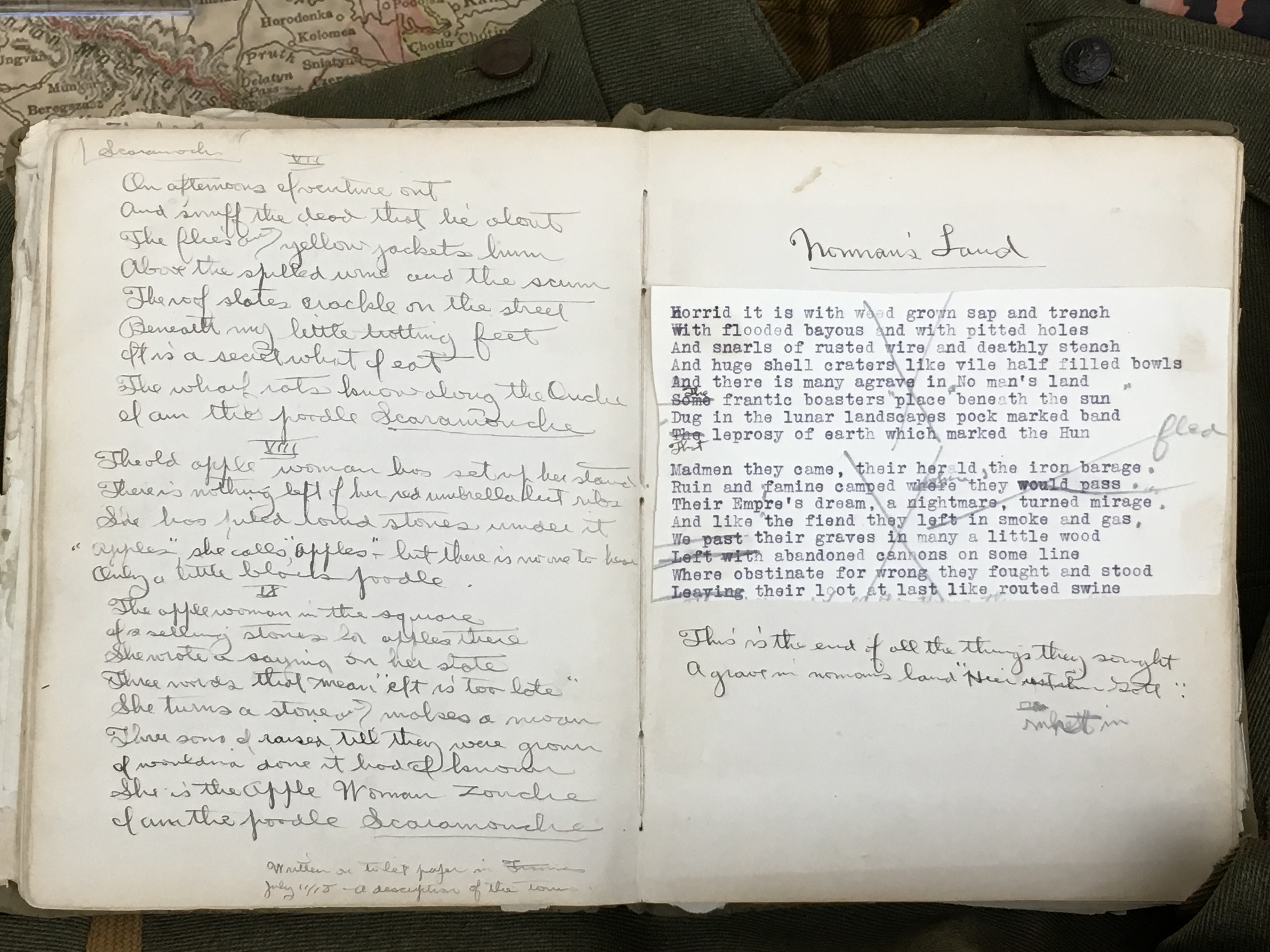 Hervey Allen left a handwritten book of poetry wrapped in a khaki scarf on the bank of the Vesle River before swimming across during the Battle of Fisme and Fismette. The notebook was later recovered and returned to him by a French officer, still covered in the khaki scarf. 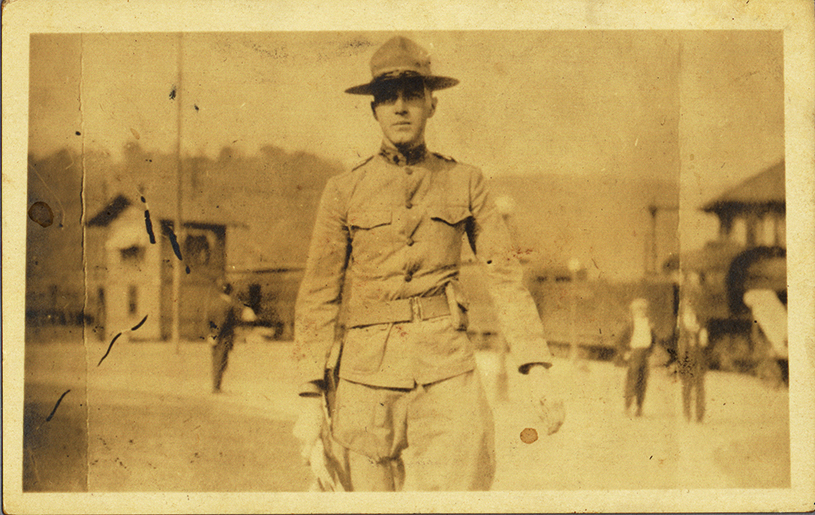 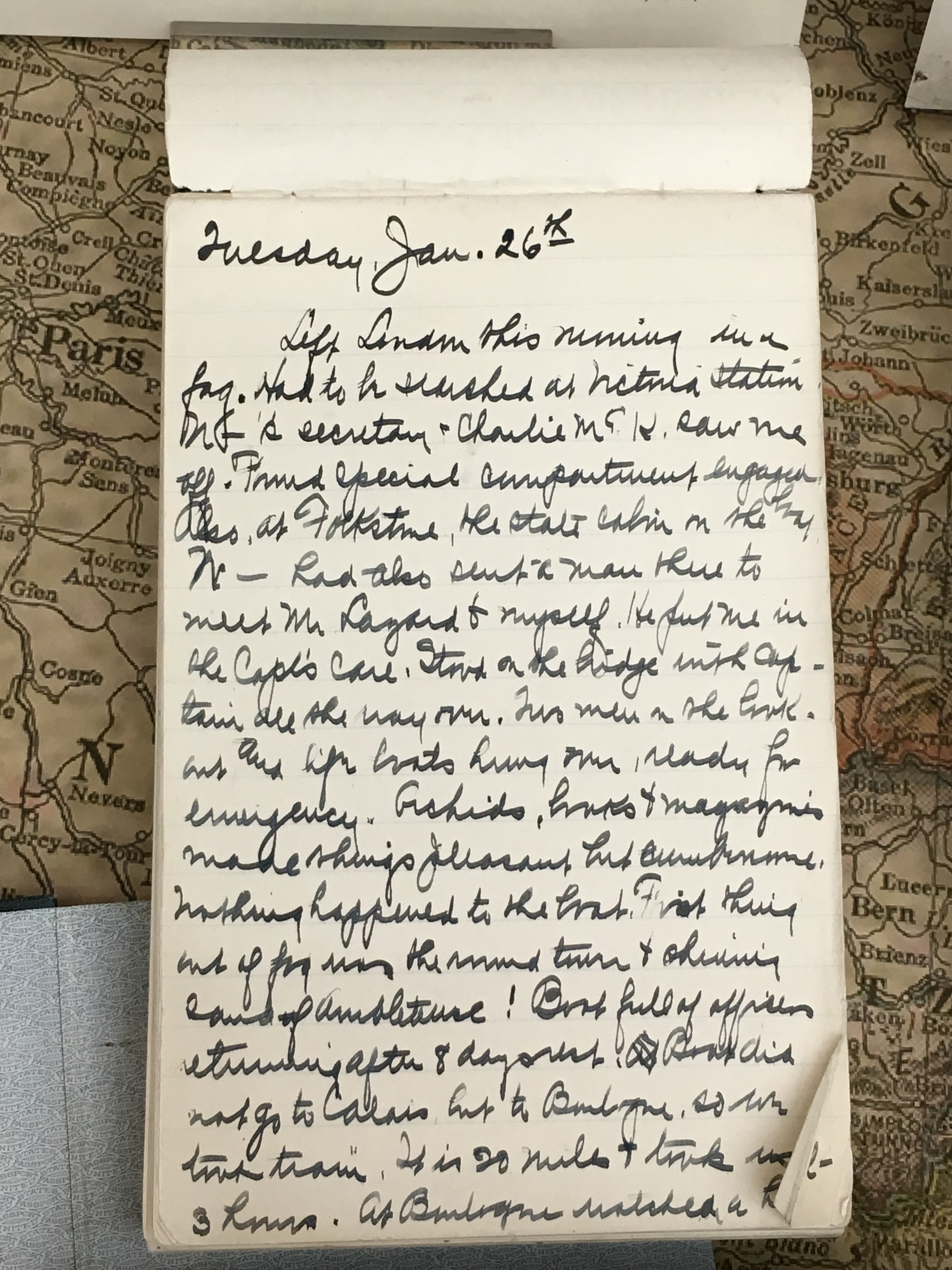 One of Mary's World War I notebooks with the entry for Tuesday, 26th January 1915. 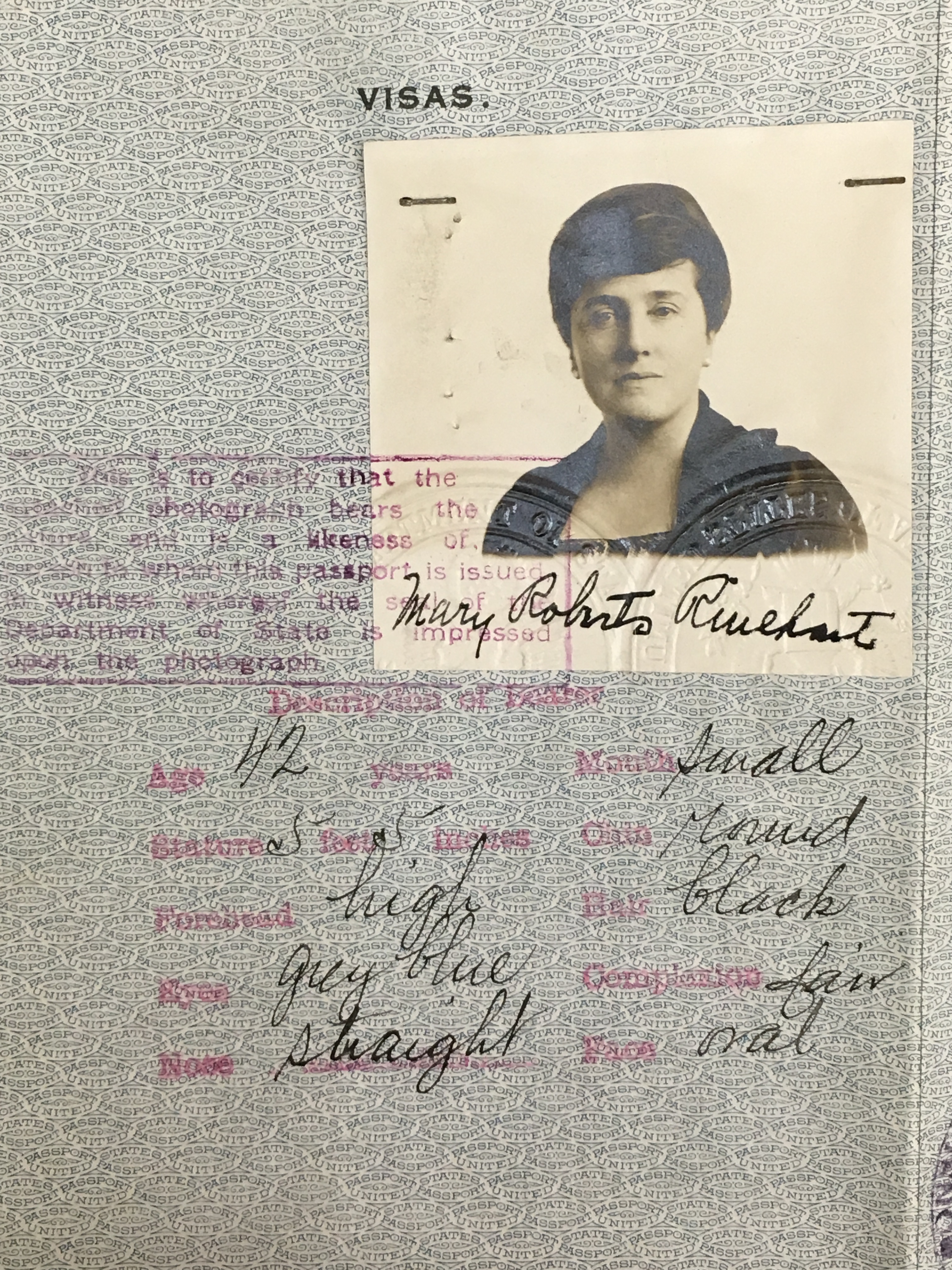 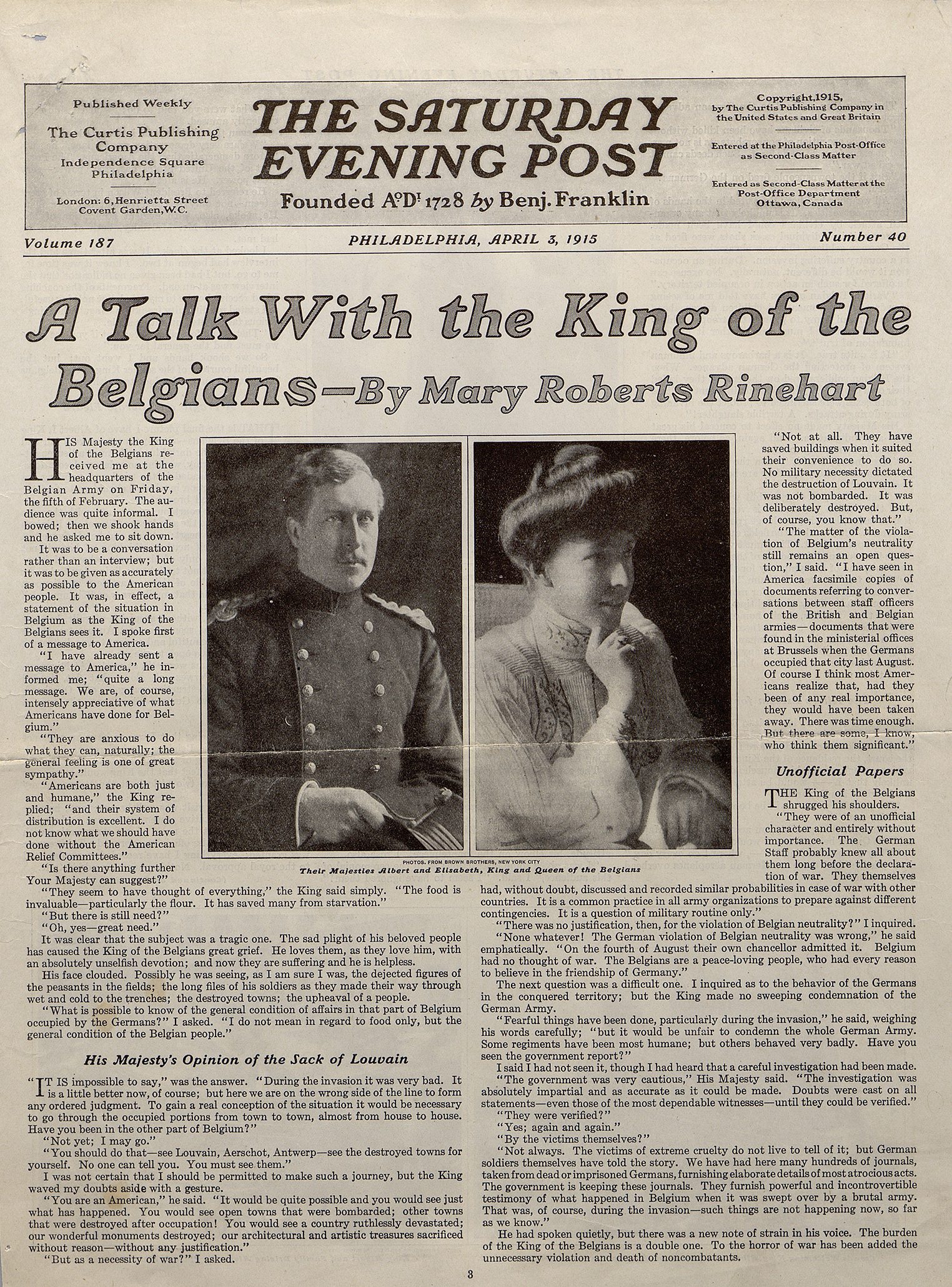 The Saturday Evening Post published Mary's interview with Albert I, the King of Belgium, on 3 April 1915.