On Monday 26 April 1937, the Basque town of Guernica was bombed by German and Italian air forces at the request of the Spanish Nationalists under the command of General Francisco Franco during the Spanish Civil War. It was a scene of total destruction and was burning when war correspondent for The Times, George Steer, arrived a few hours later. Steer's report, published worldwide, stated that "the object of the bombardment was seemingly the demoralization of the civil population and the destruction of the cradle of the Basque race." 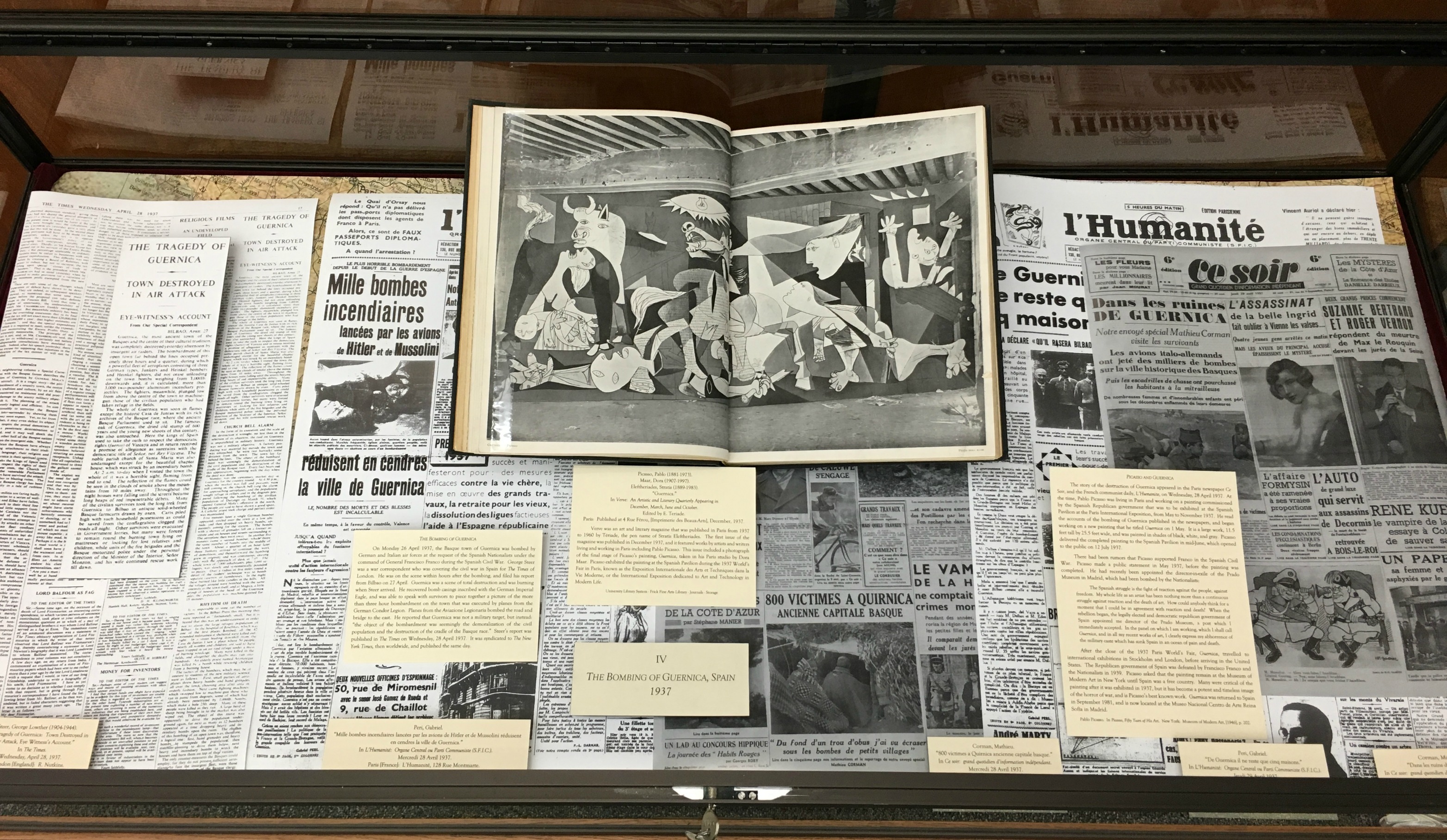 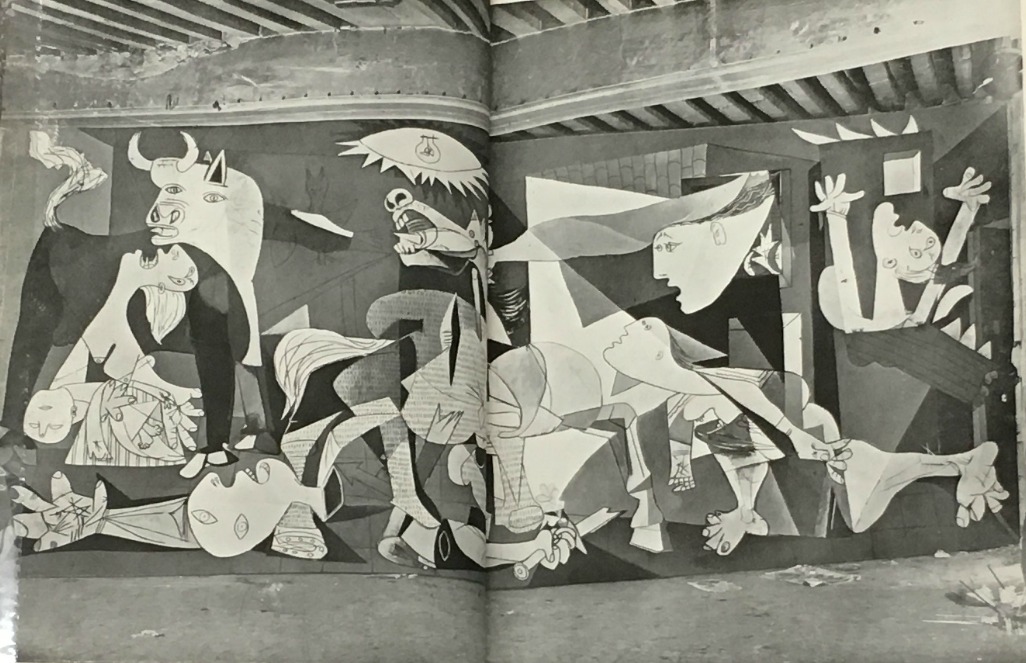 "The government of the Spanish Republic acquired the mural "Guernica" from Picasso in 1937. When World War II broke out, the artist decided that the painting should remain in the custody of New York's Museum of Modern Art for safekeeping until the conflict ended. In 1958 Picasso extended the loan of the painting to MoMA for an indefinite period, until such time that democracy had been restored in Spain. The work finally returned to this country in 1981." -Museo Nacional Centro de Arte 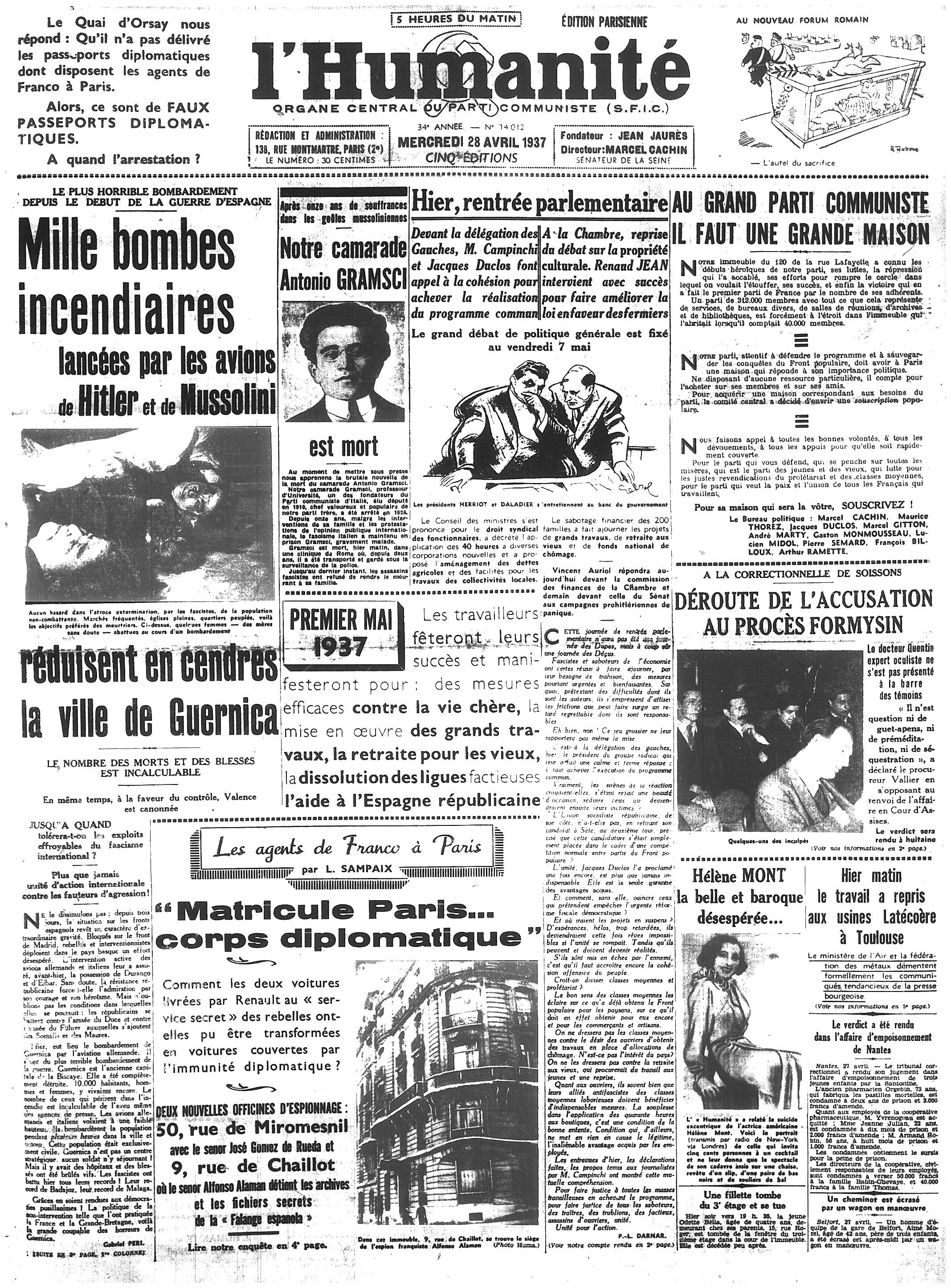 The story of the destruction of Guernica appeared in the Paris newspaper Ce Soir, and the French communist daily, L’Humanite, on Wednesday, 28 April 1937.  At the time, Pablo Picasso was living in Paris and working on a painting commissioned by the Spanish Republican government that was to be exhibited at the Spanish Pavilion at the Paris International Exposition, from May to November 1937. He read the accounts of the bombing of Guernica published in the newspapers, and began working on a new painting that he titled Guernica on 1 May.  It is a large work, 11.5 feet tall by 25.5 feet wide, and was painted in shades of black, white, and gray.  Picasso delivered the completed painting to the Spanish Pavilion in mid-June, which opened to the public on 12 July 1937. 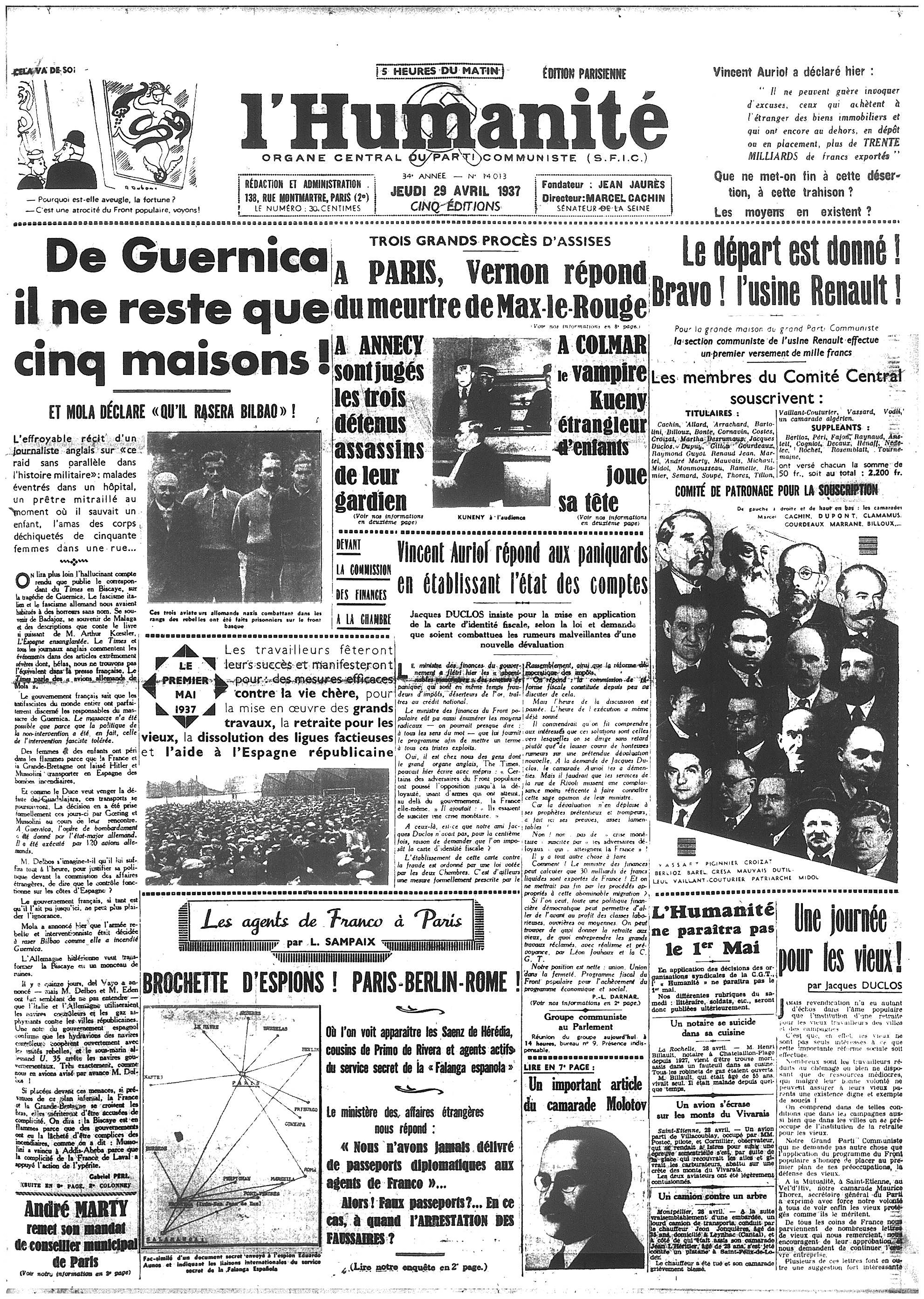 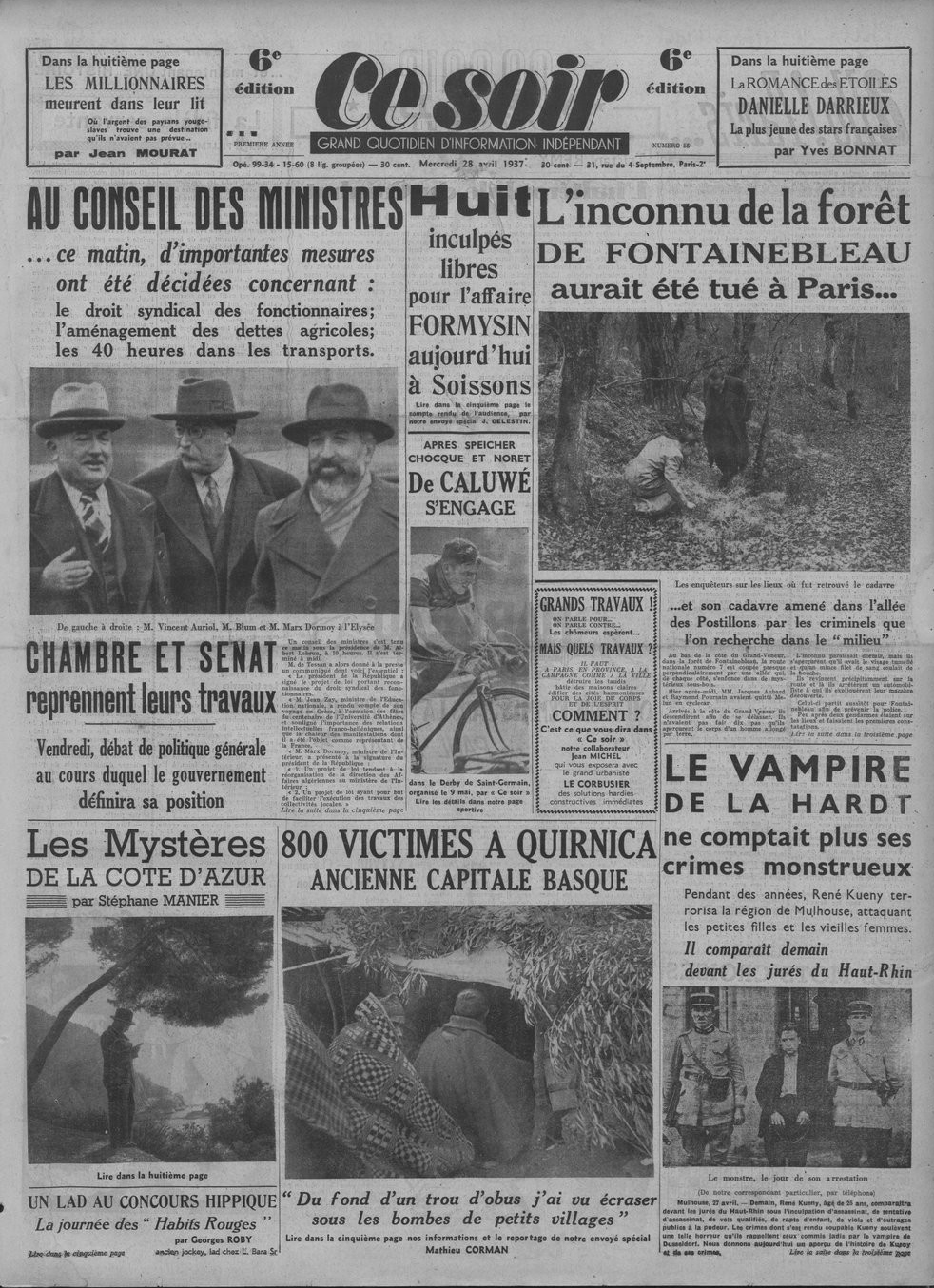 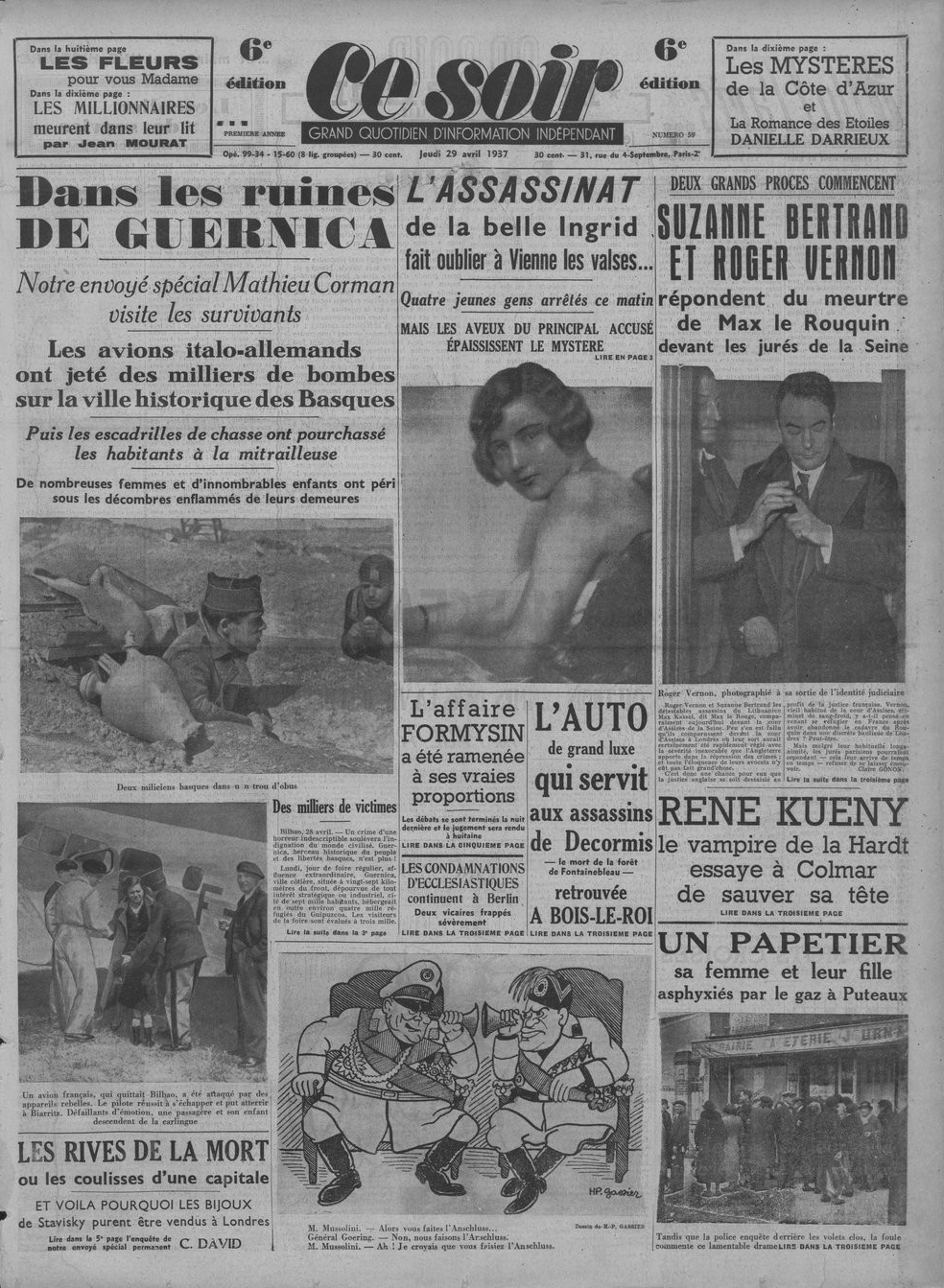 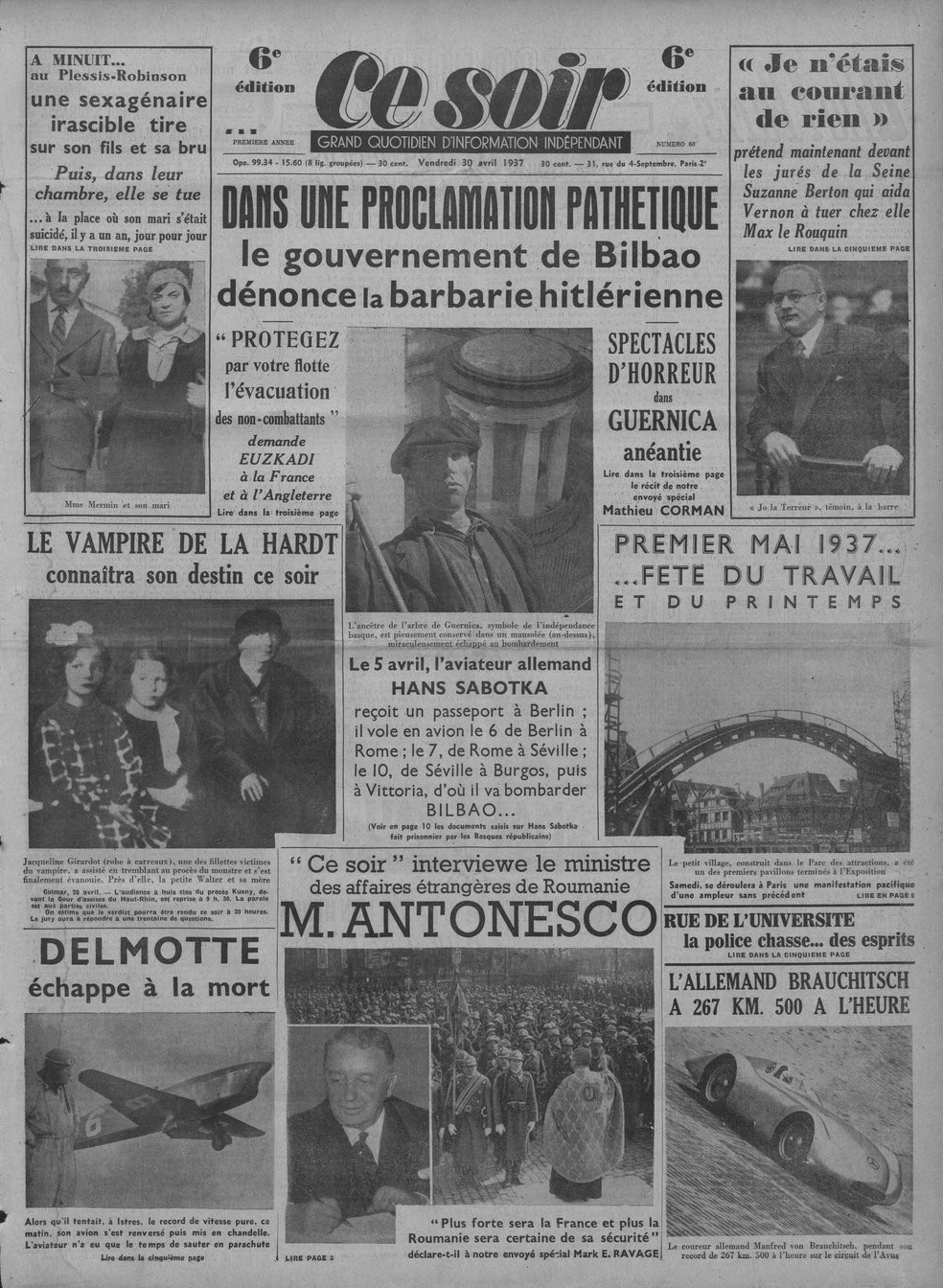