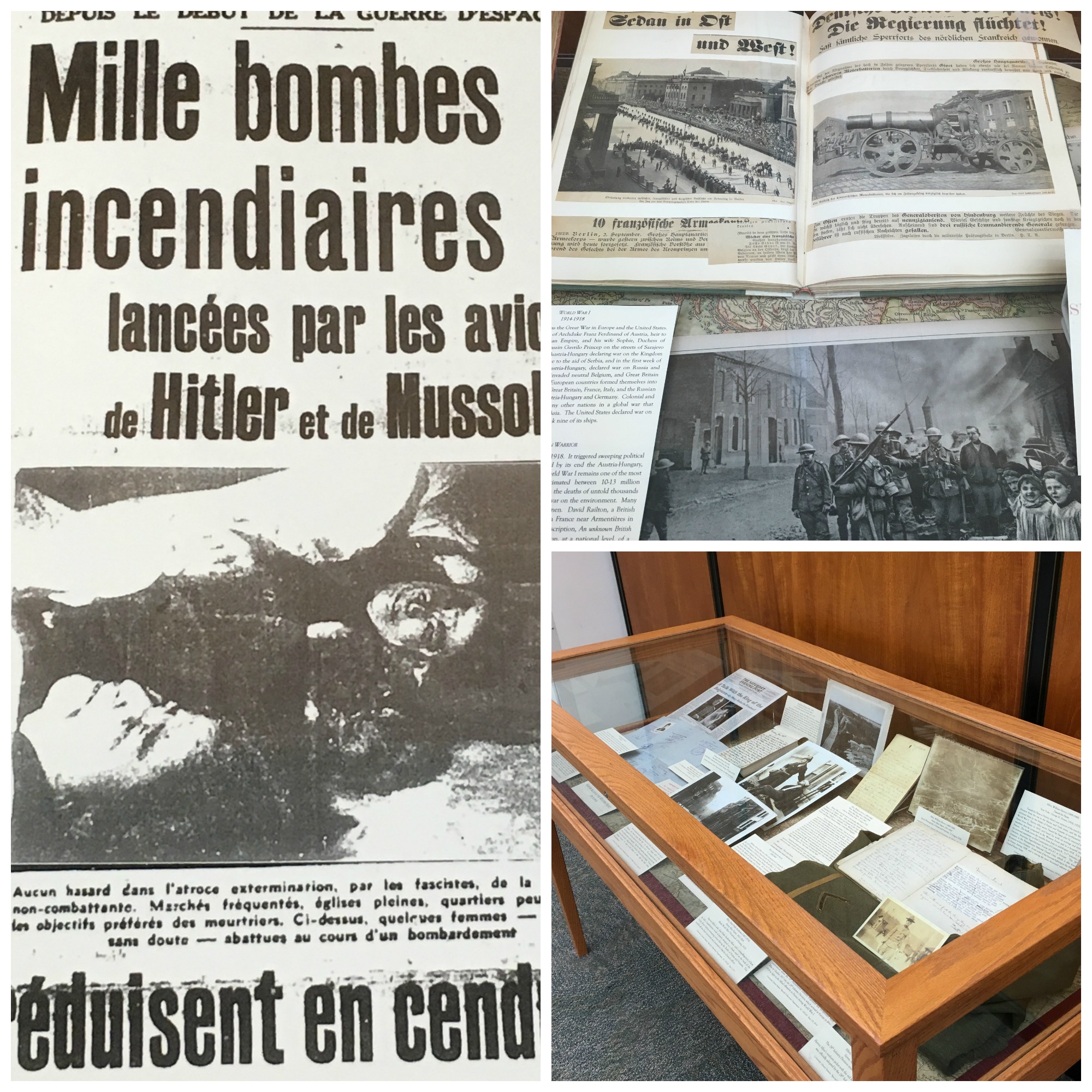 Image of the exhibit up on the second floor of Hillman Library while it was on display. 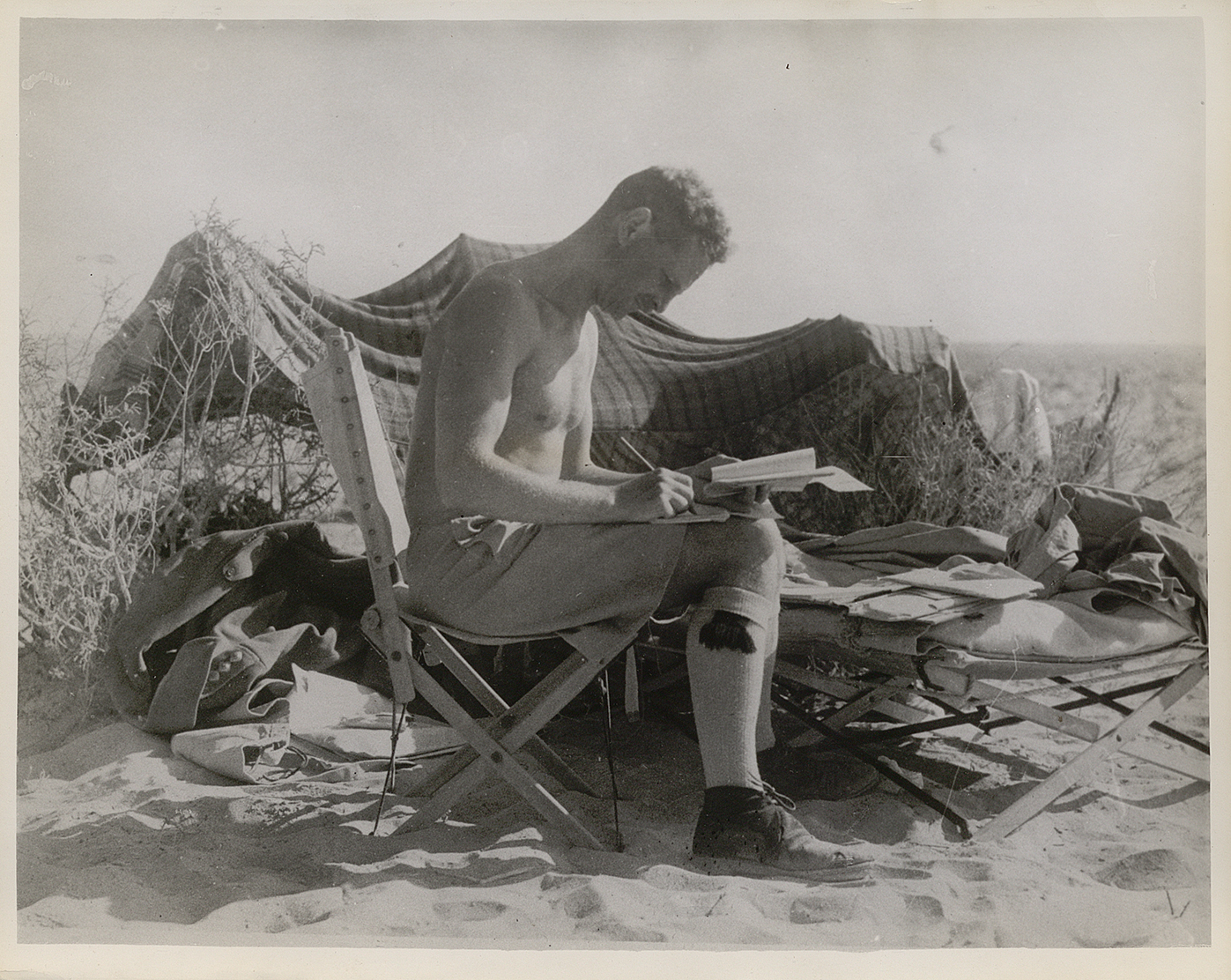 Soldier with pen and paper in hand, from the Bombing of London During World War II Photograph Collection, 1939-1940.

This exhibit features works that were created between the years 1914 to 1945 by individuals who were engaged in or documented the First World War, the rise of Fascism, the Spanish Civil War, and World War II in Europe. 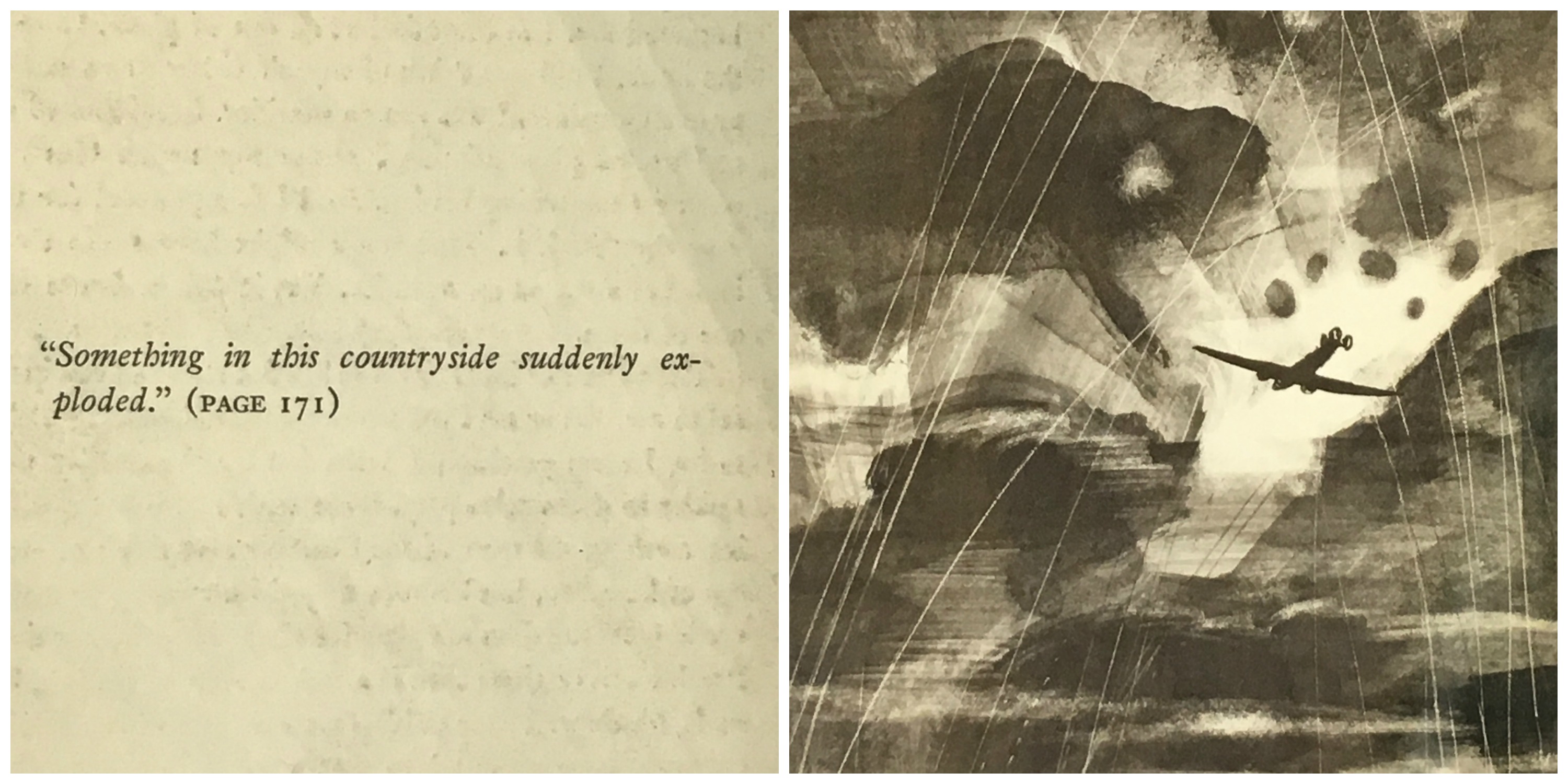 Curated by Special Collections in conjunction with the University of Pittsburgh's Department of French and Italian Languages and Literatures in celebration of their 50th anniversary and conference, History and Its Discontents: Commemoration in Italy and the Francophone World, 29-30 October 2015. 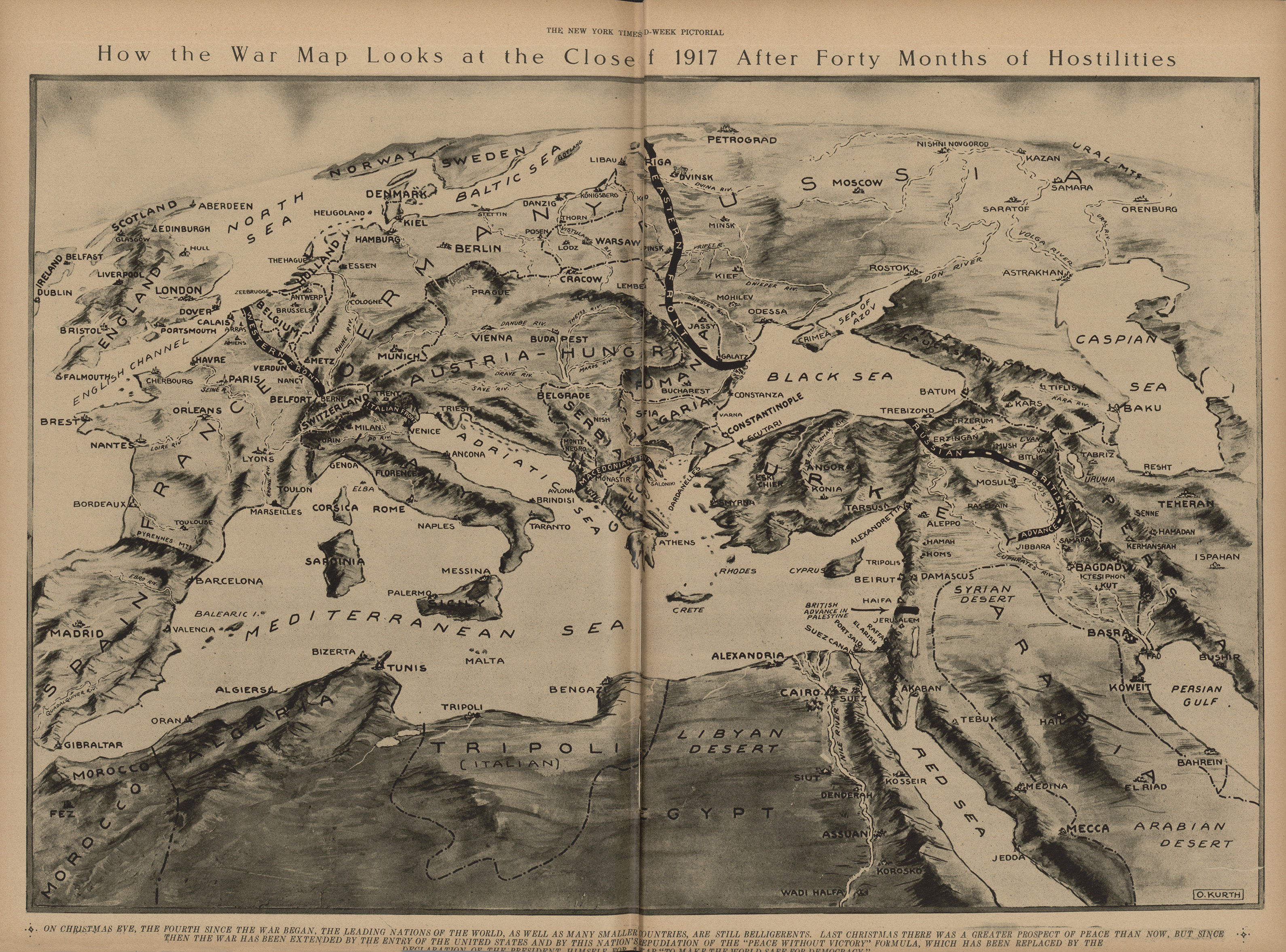 Women Clearing a Military Road in the Gorge of Sottoguido, Italy, 1917 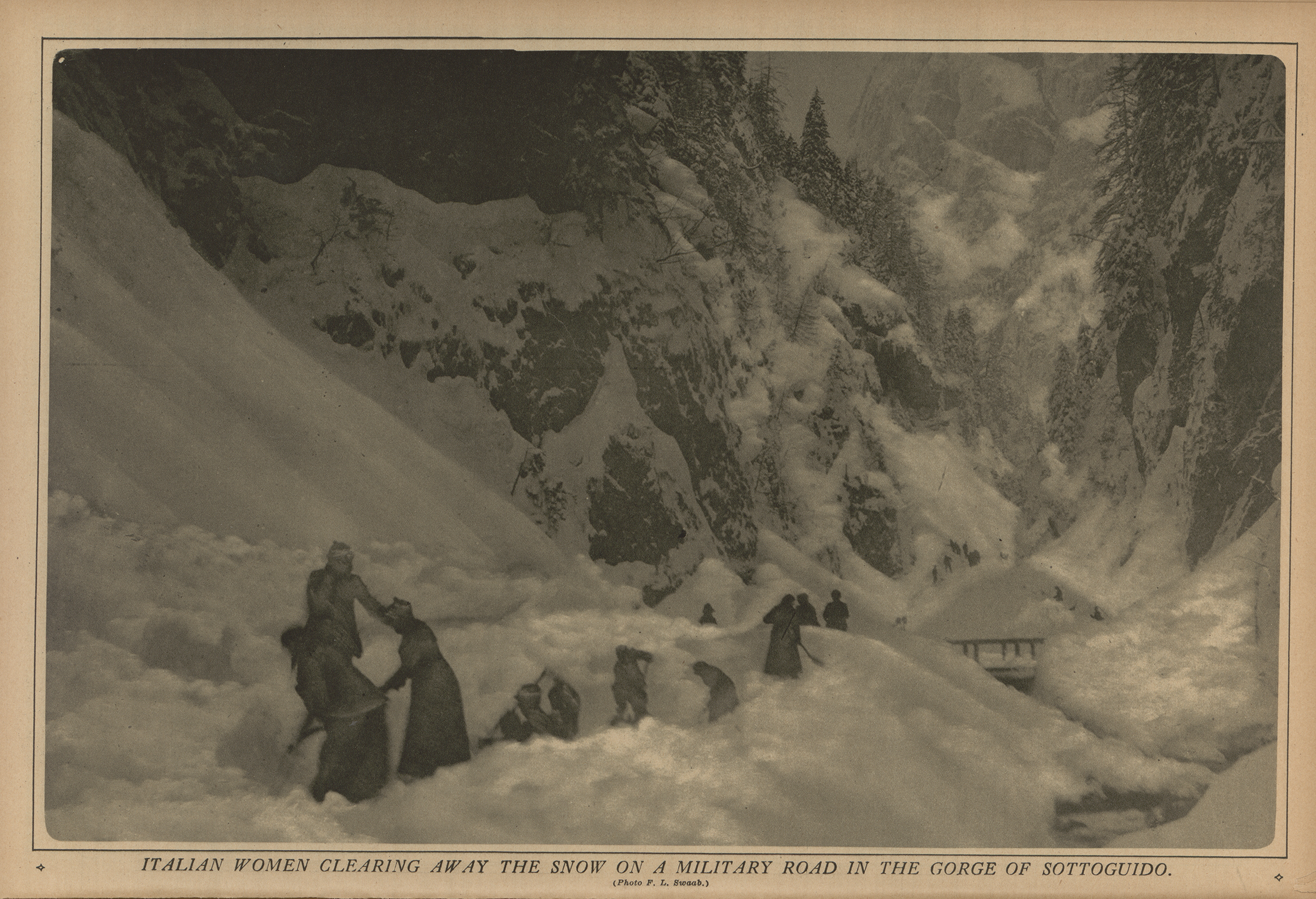 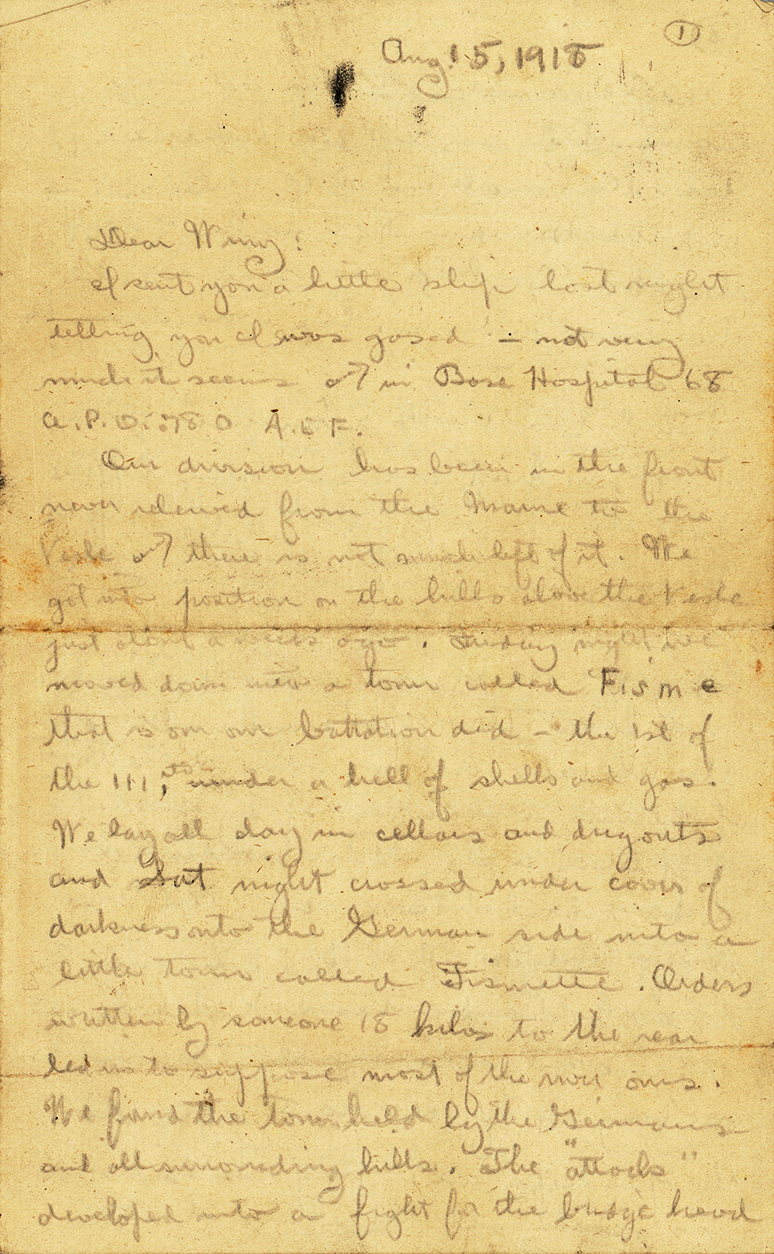