Travelers Along the Silk Roads, 10th Century to the Present @ Pitt: Explorations in Turkestan 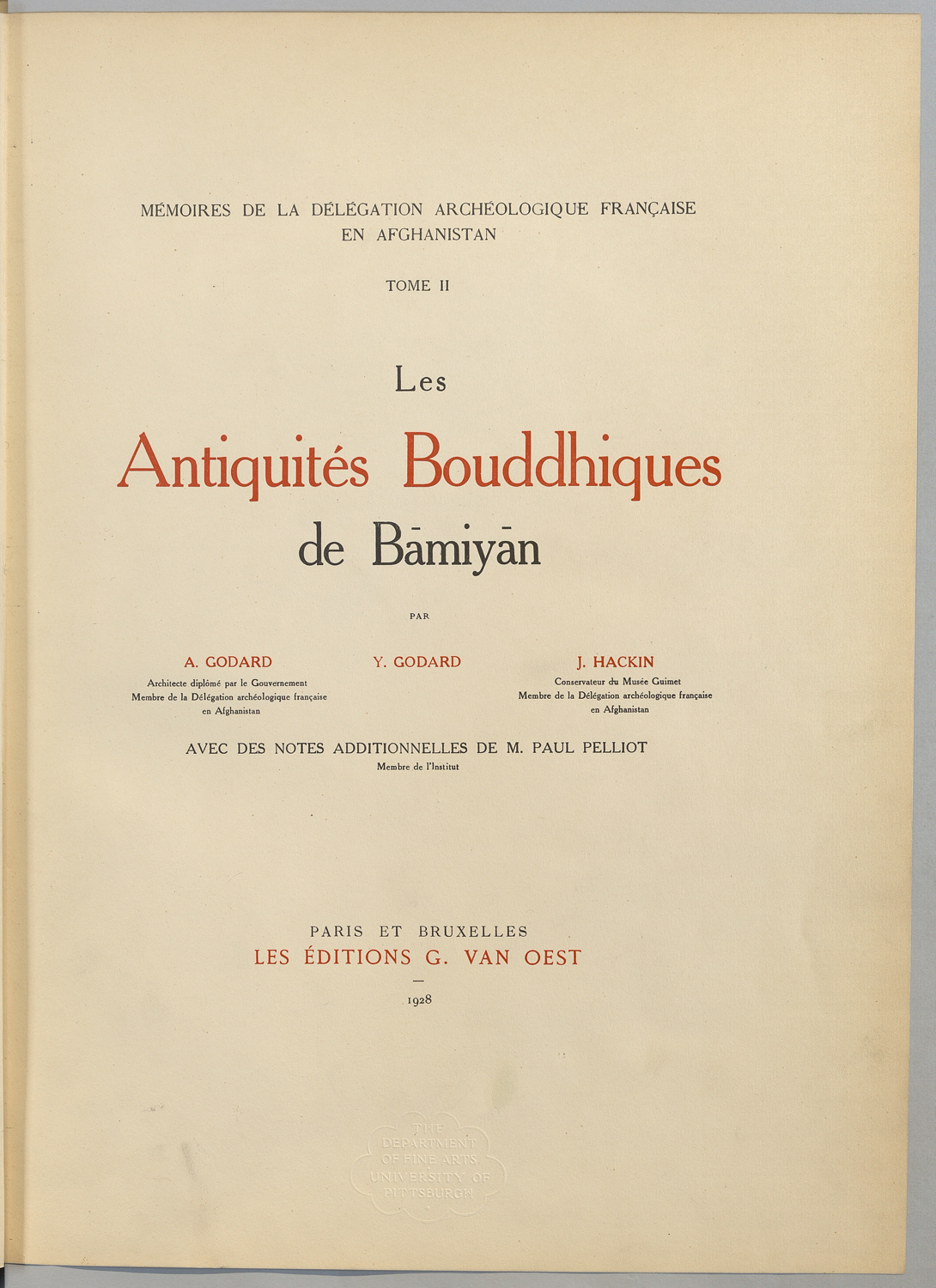 André and Yeda Reuilly Godard, along with Joseph Hackin and Paul Pelliot, comprised the Délégation archéologique française en Afghanistan, DAFA, also known as the French Archaeological Delegation in Afghanistan, which traveled to unexcavated regions in Central Asia during the mid-1920’s, among them the Bāmiyān Valley.  There the expedition photographed the Valley of the Great Buddhas, along with the 53 meter Buddha located on the western terminus of the valley, and the 35 meter Buddha at the eastern end.  Their report also contained a quote by the 19th century British explorer Charles Masson from his work Notes on the Antiquities of Bámián, published in 1836:

"Bámián is situated in one of the Paropámisan valleys, distant about 80 or 85 miles from Cabúl, bearing N. 75 W.   The Valley is deep, the enclosing hills on either side exhibiting, to a greater or less extent, perpendicular walls of rock, whence their convenience and adaptation for the construction of caves.  The rock is called Mung, being a conglomerate of small peebles, sand and divers colored earth, remarkably compact and hard.  The length of the valley is about nine or ten miles, in direction from east to west.  Its breadth is inconsiderable, but greatest at the particular spot in it, pre-emently called Bámián, and where the statues and principal caves are found.  At this point also the streams of Súrkh Dur and Júí Foládí, by their junction, form what is called the river of Bámián which flowing eastward down the valley, receives at Zohák the waters of Kálú, after which winding to the westward of Irak, Búbúlák, Shibr, Bitchílík, etc., and augmented by their rivulets, eventually escapes from the hills and passing Ghori falls into the river of Kundúz"

Charles Masson, Notes on the Antiquities of Bámián, 1836. 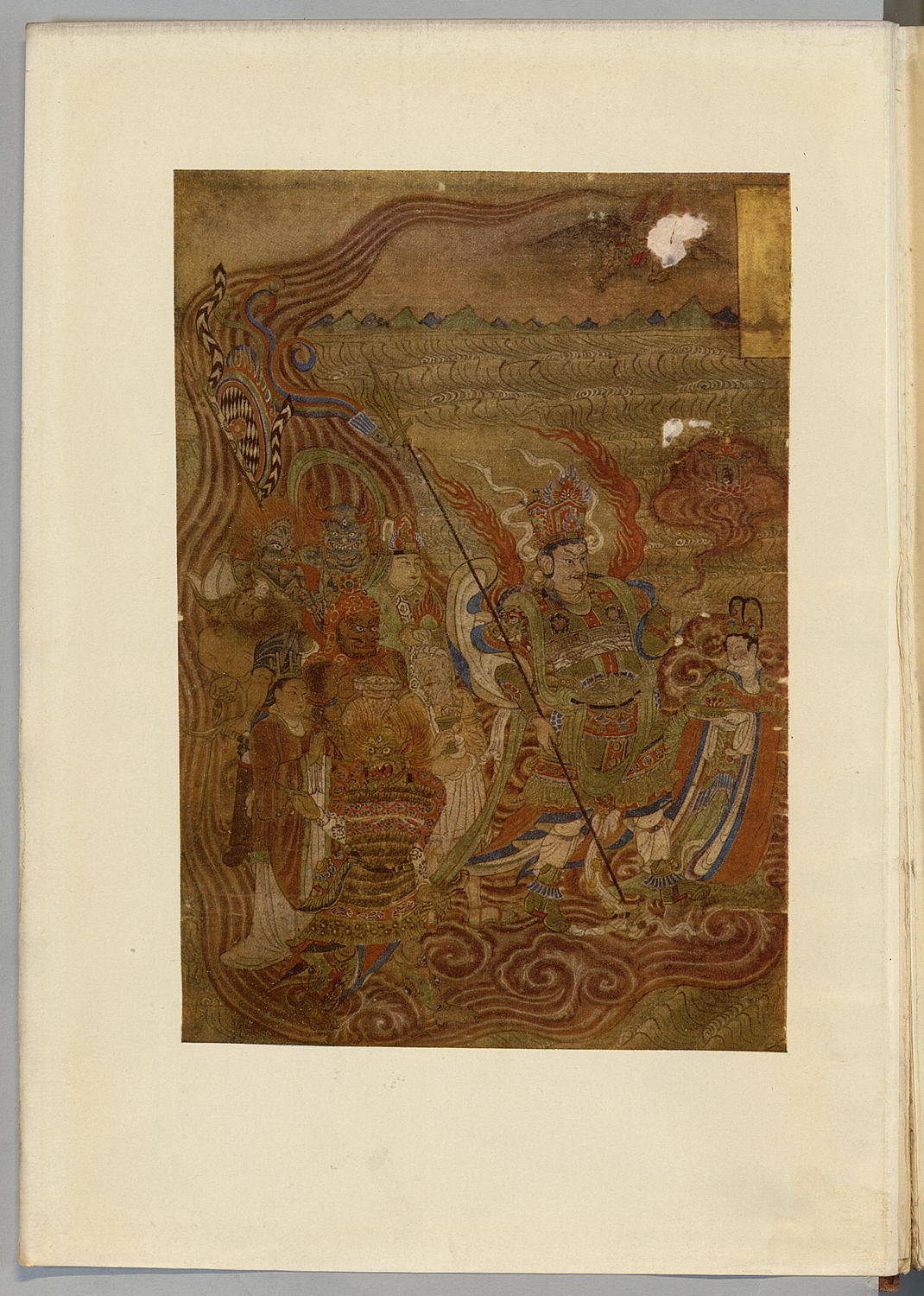 "Vaiśravana Crossing the Ocean" from The Thousand Buddhas, Aurel Stein,1921.

The small  Kakemono-shaped  picture  on  silk  which  this  Plate  shows  with  a reduction  to  two-thirds  of  its  size  is  one  of  the  most  finished  of  our  Tun-huang paintings.  It presents Vaiśravana, the Guardian-king of the North, as he advances on a  cloud  across  the  heaving  sea,  with  an  imposing  suite  of  attendants,  some  human, some demonic, but all of them in striking attires.  The painting was found in excellent preservation, still retaining its border of purple silk (omitted in the reproduction), and thus  it  is  fortunately  possible  to  appreciate  in  all  details  the  high  artistic  merit  of  a work which clearly is from the brush of a master. 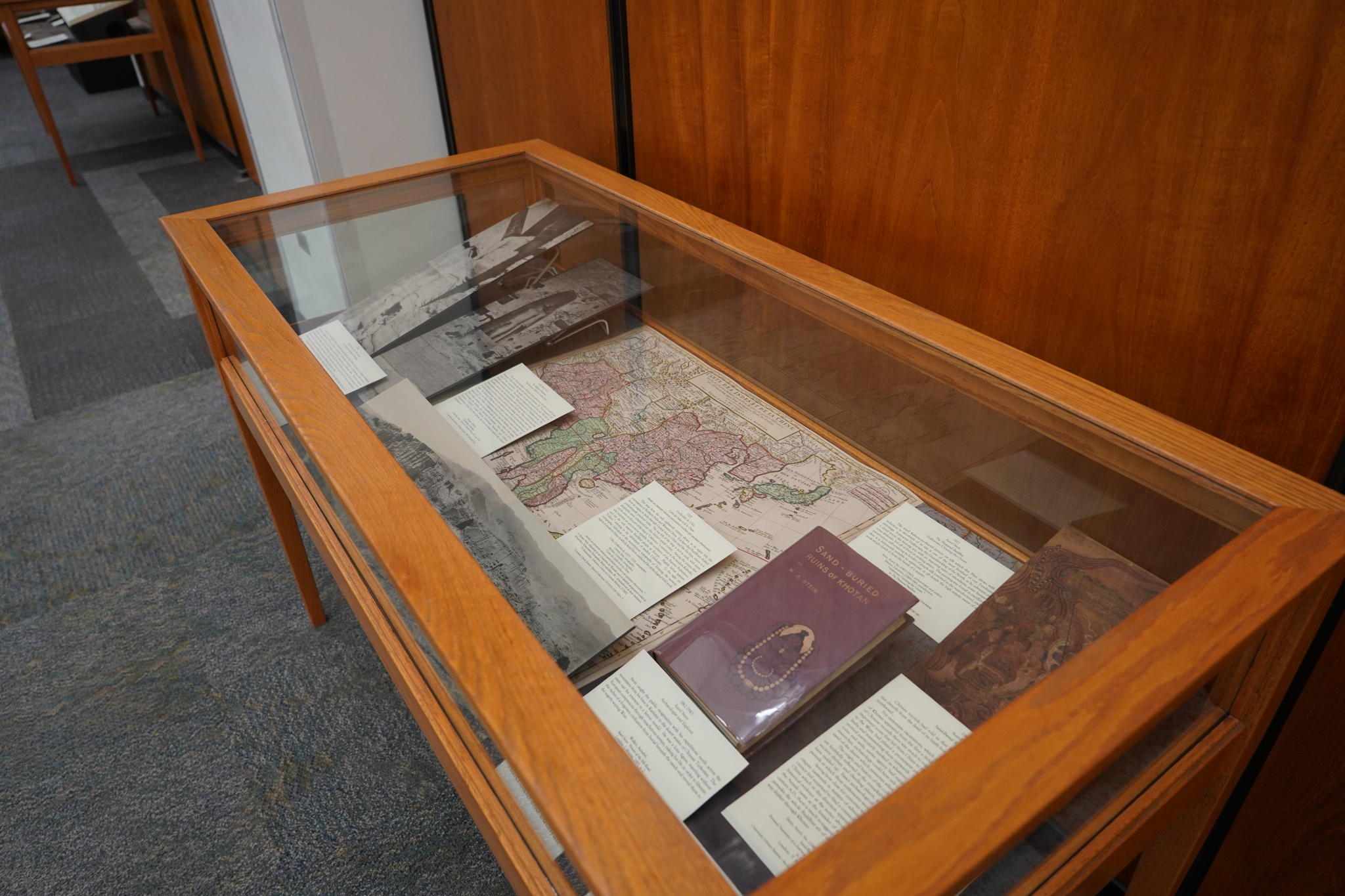 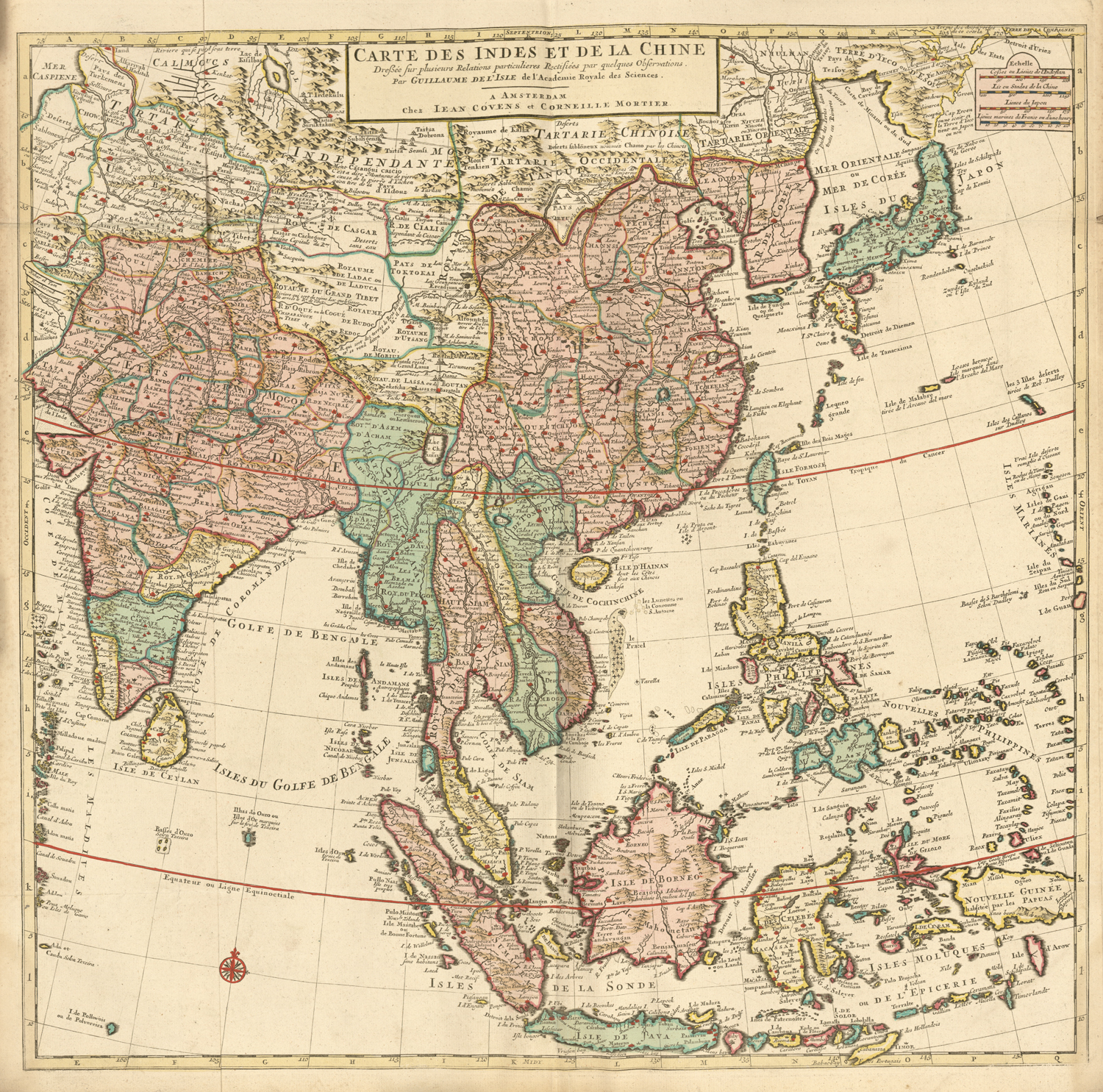 This map from the early eighteenth century shows, in its upper left, the convergence of Northern India and Western China.  It is here that Buddhism shifted from its origins in India through Central Asia to China and the Far East, where it is predominantly practiced today.  The top left of the map is not to scale, with many geographic areas compacted into this limited spatial corner.  Among the names that can be seen on this part of the map is “Calmoucs,” a reference to the modern Kalmyks, who populate an autonomous republic in the southwest of the Russian Federation, and are the only majority Buddhist people in Europe.  Slightly below appears “Usbecs,” referring to the inhabitants of modern Uzbekistan.  To the right are cartographic indicators of the mountainous topography of Xinjiang, the western region of modern China in which Aurel Stein conducted his archeological field work.

The Buddhas of the Bamiyan Valley

Panoramic photo of the Bamiyan Valley in Central Asia from The Buddhas of Bamiyan, Llewelyn Morgan, 2012.

The two Giant Buddhas of Bamiyan were carved into the side of a cliff in the Bamiyan Valley during the sixth and early seventh centuries CE.  They measured 120 and 173 feet, respectively.  The smaller one was built around the year 550 and its larger counterpart circa 615.  The statues were originally painted, but the outer stucco gradually wore away over the centuries.  Their garb was that of a Buddhist monk.  The Buddhas towered over the surrounding valley and functioned as something akin to desert lighthouses for travelers along the overland Silk Road.  They could be seen from far distances and were a signal to travelers that lodging and sustenance were near. Faithful Buddhists gave alms to monasteries in this world to procure blessings in the next.  The Bamiyan Valley was one of the major centers of Buddhist monasticism in Central Asia and these monasteries offered food and shelter to weary travelers.  In March 2001, the Taliban in Afghanistan decreed that the Buddhas were idols and their further existence was incompatible with the conservative Islam of the regime.  Accordingly, the Buddhas were destroyed by dynamite.  Since March of 2011, however, UNESCO (United Nations Educational, Scientific, and Cultural Organization), along with other groups, has been working to restore the cultural heritage site. 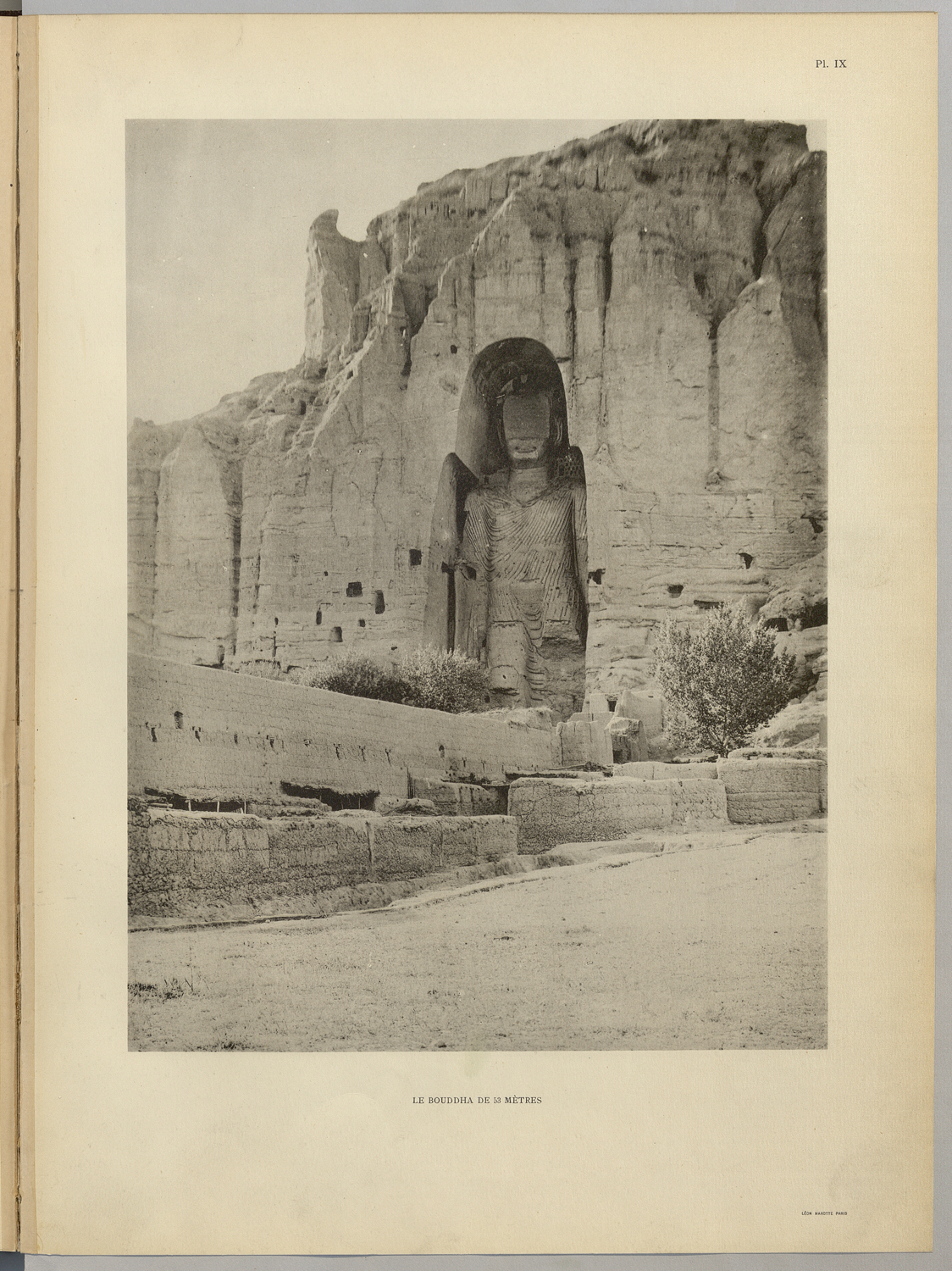 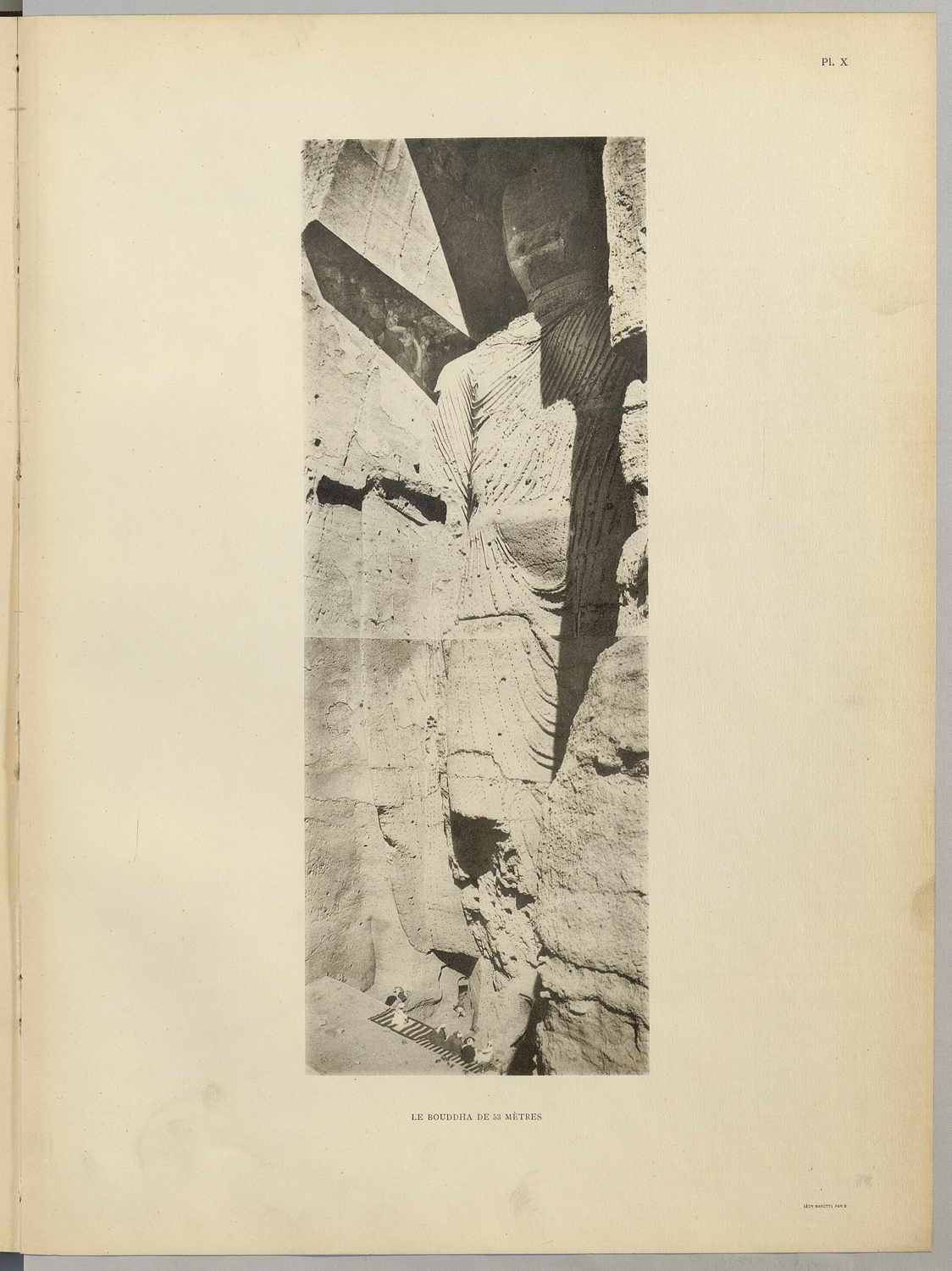 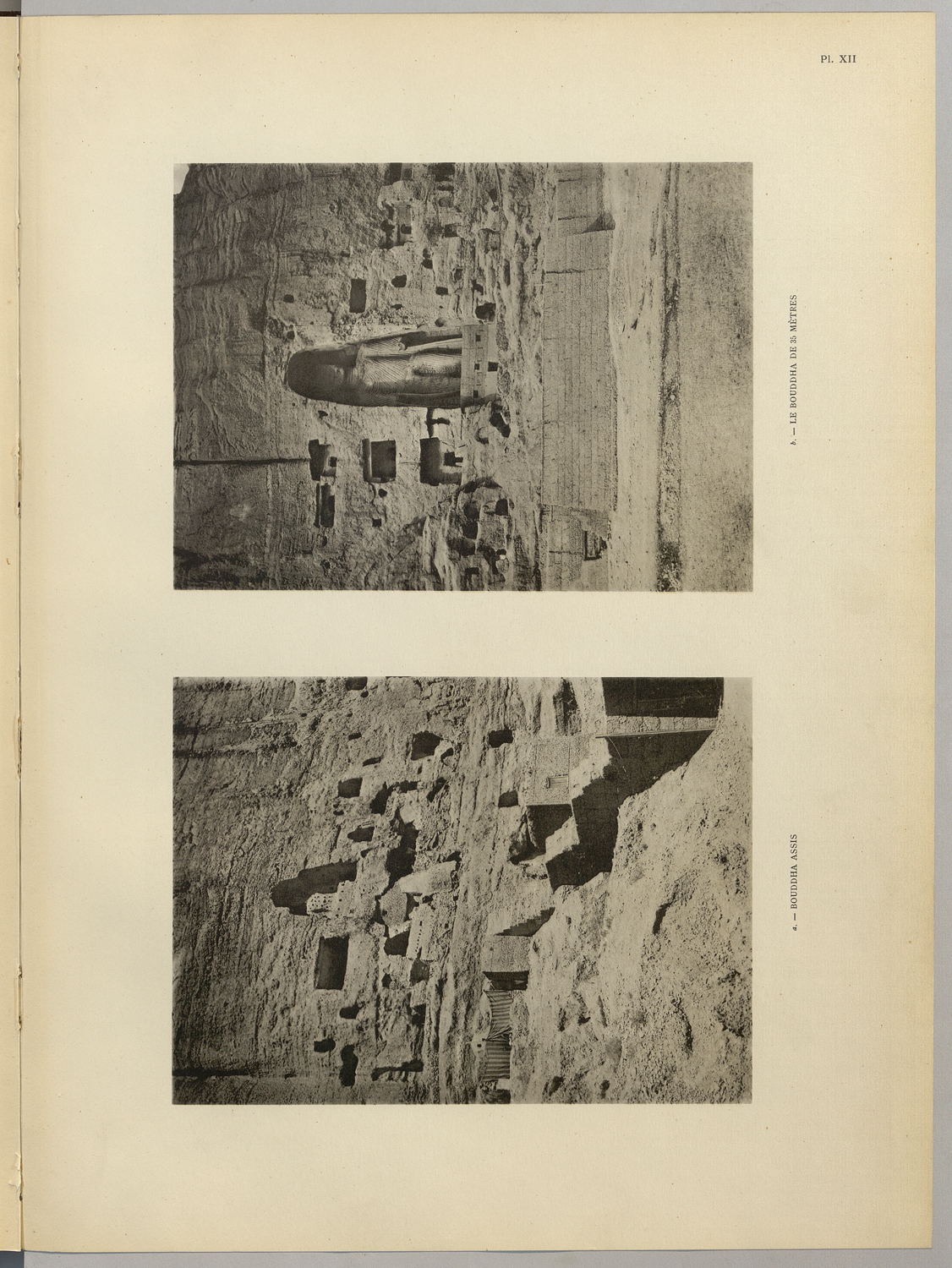 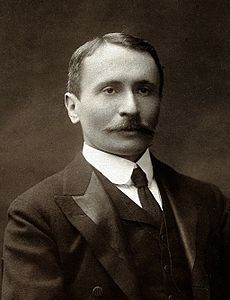 Orientalist, archeologist and explorer, geographer and topographer, Aurel Stein was of that small scholarly fraternity of pioneers who created the modern paradigm which  views  the  Eurasian  landmass  as  one  cultural  field  whose  forces  were  its  four high civilizations:  the Mediterranean West, the Indian and Iranian, and the Chinese. Central Asia, with which his name is most notably associated, was a region where these four met and interacted.

Stein  caught  the  public  imagination  with  his  expeditions  north  across  the mountains from his base in Kashmir to the desert wastes of Chinese Turkestan. The press  cast  his  journeys  in  a  heroic mold. He was a lone figure, traveling  without European companions through treacherous terrain, risking his life in order to liberate the riches of a forgotten civilization from burial beneath the sands and reveal them to the eagerly waiting West. 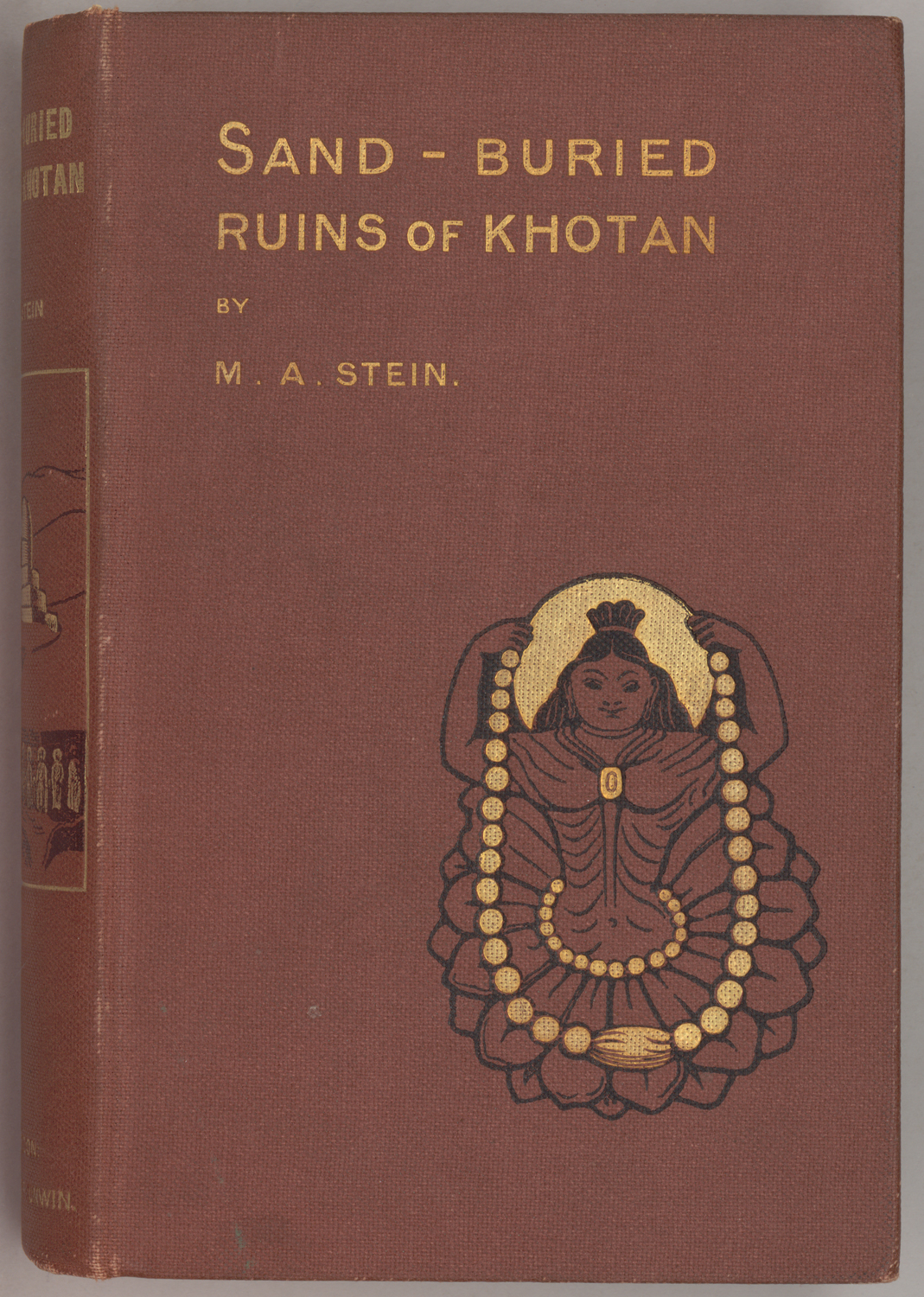 For systematic excavations, which alone could supply this evidence, the region of Khotan appeared from the first a field of particular promise.  In scattered notices of Chinese records there was much to suggest that this little kingdom, situated on the important route that led from China to the Oxus Valley and hence to India as well as to the West, had played a prominent part in developing the impulses received from India and transmitting them eastwards.  The close connection with ancient Indian art seemed particularly marked in whatever of small antiques, such as pottery fragments, coins and seals, native agency had supplied from Khotan.  And fortunately for our researches, archaeology could here rely on the help of a very effective ally---the moving sand of the desert which preserves what it buries.

The origin and history of the culture that once flourished in Buddhist Khotan, are faithfully reflected in the remarkable series of sculptures and paintings which the ancient shrines and dwelling places, after long centuries buried beneath the sands have yielded up.  Exact archaeological evidence enables us to determine the various periods at which these settlements were invaded by the desert sand.

Seeing how close for centuries were the relations between Khotan and the great empire eastwards in matters of administration, trade and industrial intercourse, we cannot feel surprised to find a connection in art also attested by manifest traces.  It is China which in this direction appears the main borrower; for besides such distinct historical evidence as the notice about a scion of the royal house of Khotan, whom the Annals name as the founder of a new pictorial school in China in the seventh century A.D., there is much to suggest that the Indian element which so conspicuously pervades the whole Buddhist art of the Far East had to a very large extent found its way thither through Khotan."