In the fall 2009, the Center for Latin American Studies (CLAS), the University Library System (ULS), the Department of Hispanic Languages and Literatures and its Center for the Study of Latin American Literatures started to collaborate in the publishing of the journal which is available online and in print.

Bolivian pamphlets in the University of Pittsburgh Libraries

This is a collection of 715 digitized pamphlets documenting a century of Bolivian literate culture, beginning in 1848. This collection comes principally from a donation made to Cornell University by the Bolivian bookseller, Alfredo Montalvo, who has supplied the Cornell University and the University of Pittsburgh with library materials for over a quarter century.

CS has been published annually by the University of Pittsburgh Press since 1985.  Founded in 1970, it is the preeminent journal for scholarly work on Cuba. Each volume includes articles in both English and Spanish, a large book review section, and an exhaustive compilation of recent works in the field. The Bolivian Col­lection at Pitt is considered one of the most comprehensive in the world.  It benefits from an extensive exchange program with several Bolivian institutions. Two special collections were acquired: the Antonio Paredes Candia Collection of books on anthropology, folklore, and Indian cultures and a collection of political and economic history from Luis Antezana Ergueta.  The collection includes outstanding holdings on specific subjects such as: Wars of Independence (1809-1925), War of the Pacific (1879-1884), Chaco War (1932-1935), Bolivian Revolution (1952) and all the post-revolution governments, military and civil, to the present neo-liberal policies.  Other topics exhaustively covered are: boundary problems, Indian cultures, language and literature, historical sources, colonial and Republican issues. The Bolivian collection includes doctoral dissertations about Bolivia and a complete collection of microfilms on records relating to internal affairs of Bolivia.  It covers political relations between the U.S. and Bolivia and the Bolivian legislature; consular dispatches; Official Gazette; National Development plans; and statistical material.  This collection is used by scholars, institutions of higher learning, doctoral candidates, graduate and undergraduate students and everyday people interested in the culture, education, politics, economy, and social value of the Bolivian people. 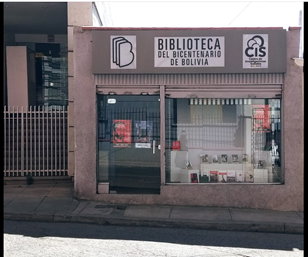 Published by the Center for Social Research of the Vice Presidency of the Plurinational State of Bolivia, this set of two-hundred volumes contains representative books of Bolivian history, commemorating the bicentennial of the country's independence to be celebrated in 2025. The works range from anthropological and sociological studies to history and the arts, covering a period of 400 years of works written about Bolivia. The set is divided into four groups: Histories and geographies (69 titles), Letters and arts (72 titles), Societies (49 titles) and Dictionaries and compendiums (10 titles). 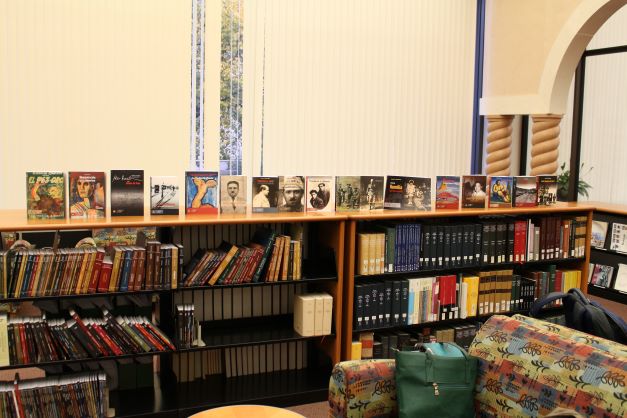 A set of two-hundred volumes donated to the Eduardo Lozano Latin American Collection by José Luis Velásquez Garambel on behalf of the Universidad Nacional del Altiplano-Puno.  The collection contains  books written by contemporary authors of the Andean Region on a wide variety of topics including literature, history, anthropology, sociology, music, and religion. The Cuban Collection    Within the framework of the Latin American program at Pitt, there has been a sustained interest in Cuban studies in all fields of the Social Sciences and the Humanities, particularly on contemporary Cuba.  Reflecting this interest, the CLAS has offered several courses and seminars, sponsored research projects, and published books and periodicals on Cuba, making it one of the major and more active centers of Cuban studies in the United States.  To support these studies and research, the Pitt library system has made and continues to make substantial efforts to develop a Cuban collection as complete and up-to-date as possible through intensive acquisitions and through an extensive program of exchanges with Cuban institutions and governmental departments such as the Biblioteca Nacional José Martí, Casa de las Américas, Universidad de La Habana, Universidad de Oriente, Universidad de Las Villas, Unión Nacional de Escritores y Artistas de Cuba, Junta Central de Planificación, Archivo Nacional, Academia de Ciencias de Cuba, INRA, Centro de Estudios sobre América, etc.

Pitt Cuban collec­tion is exceptional in books, periodicals, newspapers, micro­forms, films, and recordings.   To make its important resources available to the community of scholars, and to other libraries and centers of Latin American studies, the University of Pittsburgh Libraries issued four editions of a list of periodicals published in Cuba,.

The List of Cuban Periodicals at the University of Pittsburgh includes more than 550 titles currently received or inactive. Although the list includes mainly periodicals, some serials such as annual reports, yearbooks, and statistical serials have been included. Some numbered monographic serials, such as the scientific and technological series issued on a regular basis by the Cuban universities, have also been included, but no attempt at a broader coverage of serials has been made. NOTICE: This IS NOT an authoritative or exhaustive listing. For availability of specific titles, consult PittCat where all the materials included in the Cuban Collection are listed.