From The Journal of Major George Washington, Sent by the Hon. Robert Dinwiddie, Esq.; His Majesty’s Lieutenant-Governor, and Commander in Chief of Virginia, To the Commandant of the French Forces on Ohio. Wednesday October 31st, 1753.

"As I got down before the Canoe, I spent some Time in viewing the Rivers, and the Land in the Fork; which I think extremely well situated for a Fort, as it has the absolute Command of both Rivers. The Land at the Point is 20 or 25 Feet above the common Surface of the Water; and a considerable Bottom of flat, well-timbered Land all around it, very convenient for Building: The Rivers are each a Quarter of a Mile, or more, across, and run here very near at right Angles: Aligany bearing N. E. and Monongahela S. E. The former of these two is a very rapid and swift running Water; the other deep and still, without any perceptible Fall." 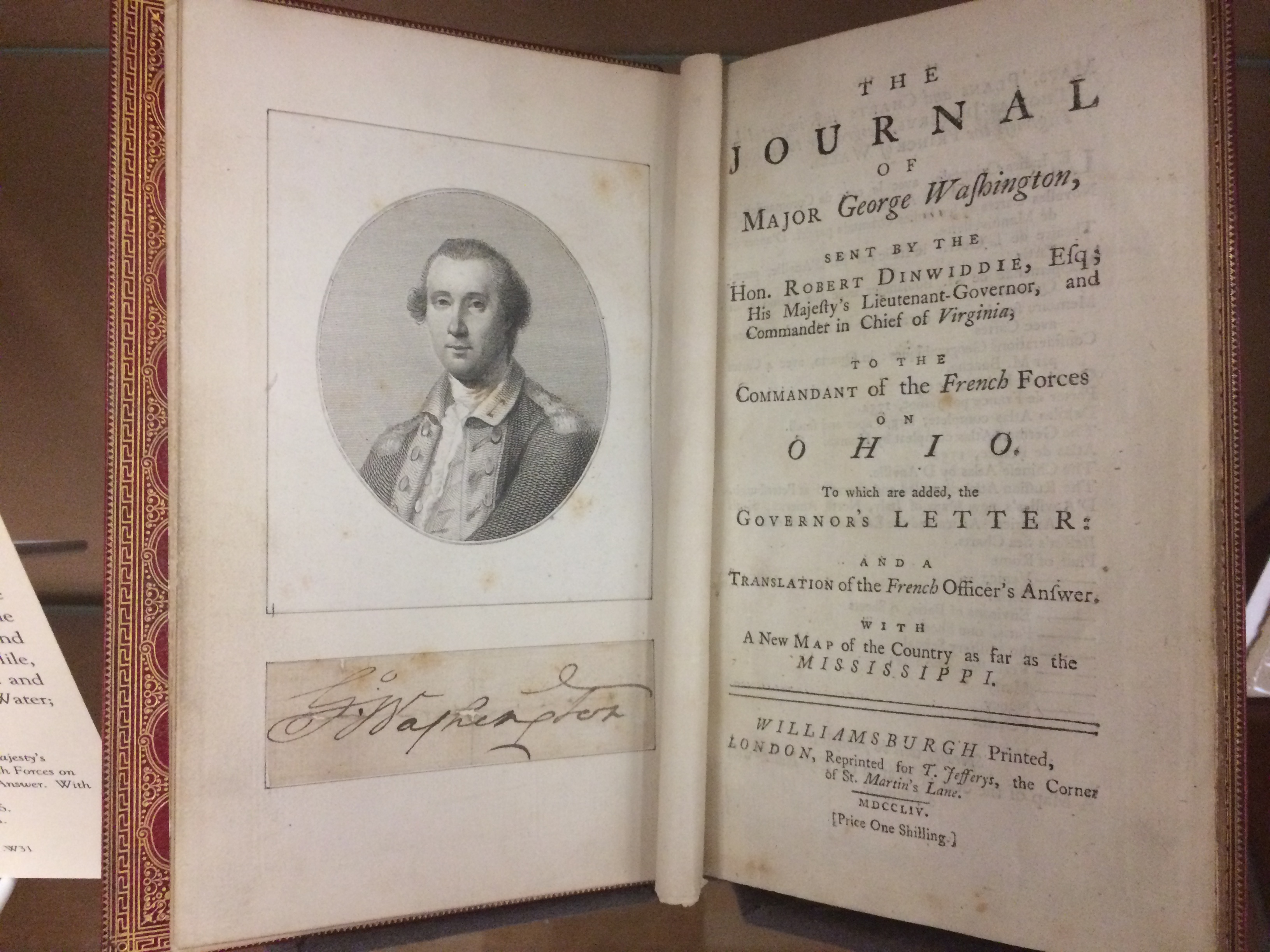 From Notes on the State of Virginia; written in the year 1781, somewhat corrected and enlarged in the winter of 1782, for the use of a Foreigner of distinction, in answer to certain queries proposed by him respecting.

"The Ohio is the most beautiful river on earth. Its current gentle, waters clear, and bosom smooth and unbroken by rocks and rapids, a single instance only excepted. It is ¼ of a mile wide at Fort Pitt…

…In common winter and spring tides it affords 15 feet water to Louisville, 10 feet to La Tarte’s rapids, 40 miles above the mouth of the great Kanhaway, and a sufficiency at all times for light bateaux and canoes to Fort Pitt…

At Fort Pitt the river Ohio loses its name, branching into the Monongahela and Allegany."

Extract of a letter from Brig. Forbes to the Commander in chief of his Majesty’s forces in North America [James Abercromby & Jeffrey Amherst], dated, Fort du Quesne, Nov. 26 & 30, 1758

"[Sir,] I have the pleasure of acquainting you with the signal success of his Majesties arms over all his enemies on the Ohio, by having obliged them to burn, and abandon their fort du Quesne, which they effectuated upon the 24th instant, and of which I took possession with my light troops the same evening, and with my little army the next day."

Bernard Ratzer was a military cartographer and surveyor during the French and Indian War and the American Revolutionary War. The manuscript map of Fort Pitt by Bernard Ratzer was copied from the original in the British Museum (Kings Maps and Drawings) for William M. Darlington by James A. Burt in 1882. The map also shows the outline of the earlier French Fort Duquesne in a dotted line. 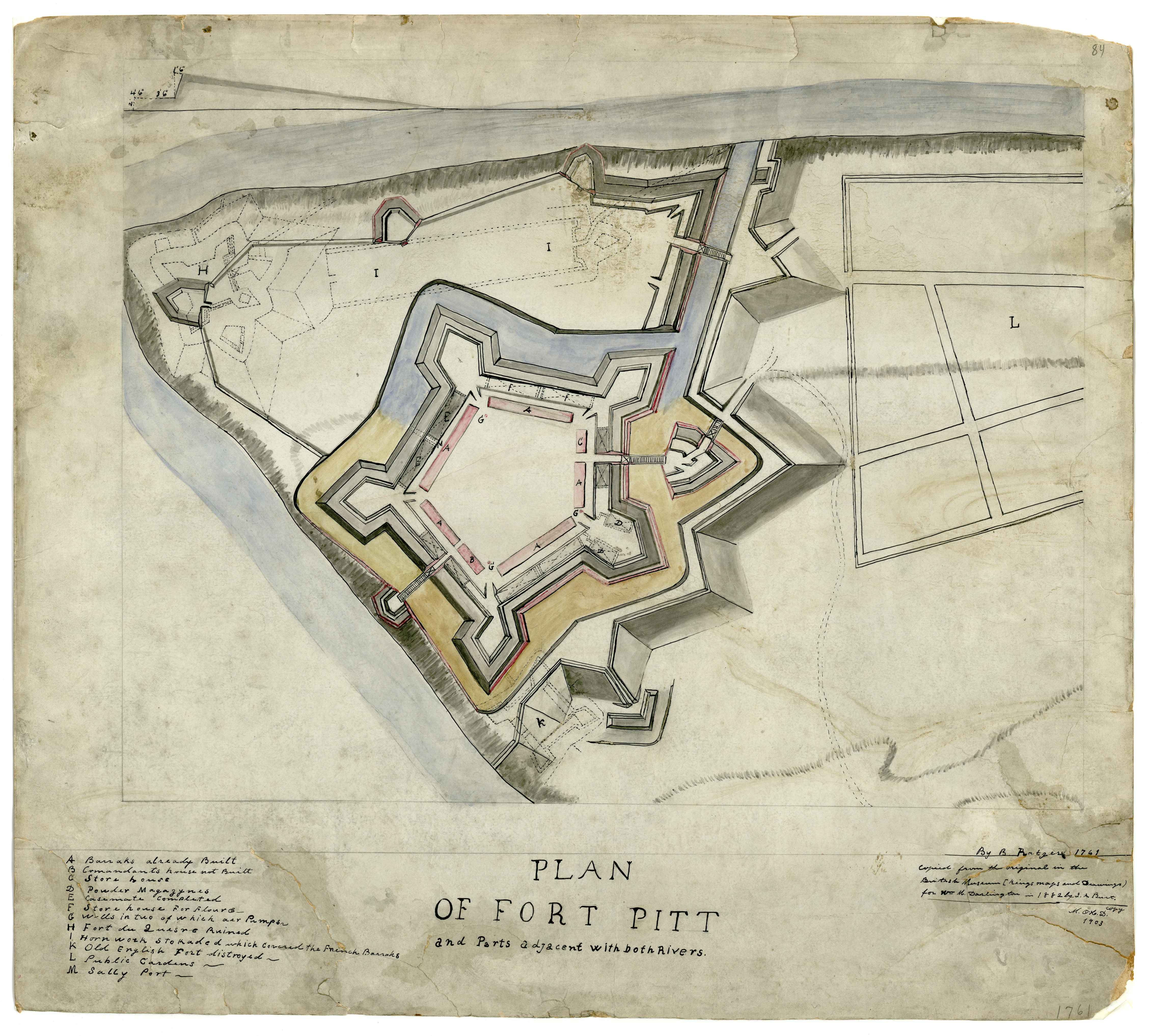 Plan of Fort Pitt and Parts Adjacent with Both Rivers

"On this point stood the old French fort known by the name of Fort Du Quesne, which was evacuated and blown up by the French in the campaign of the British under general Forbes. The appearance of the ditch and mound, with the salient angles and bastions still remains, so as to prevent that perfect level of the ground which otherwise would exist. It has been long overgrown with the finest verdure, and depastured on by cattle; but since the town has been laid out it has been enclosed, and buildings are erected." 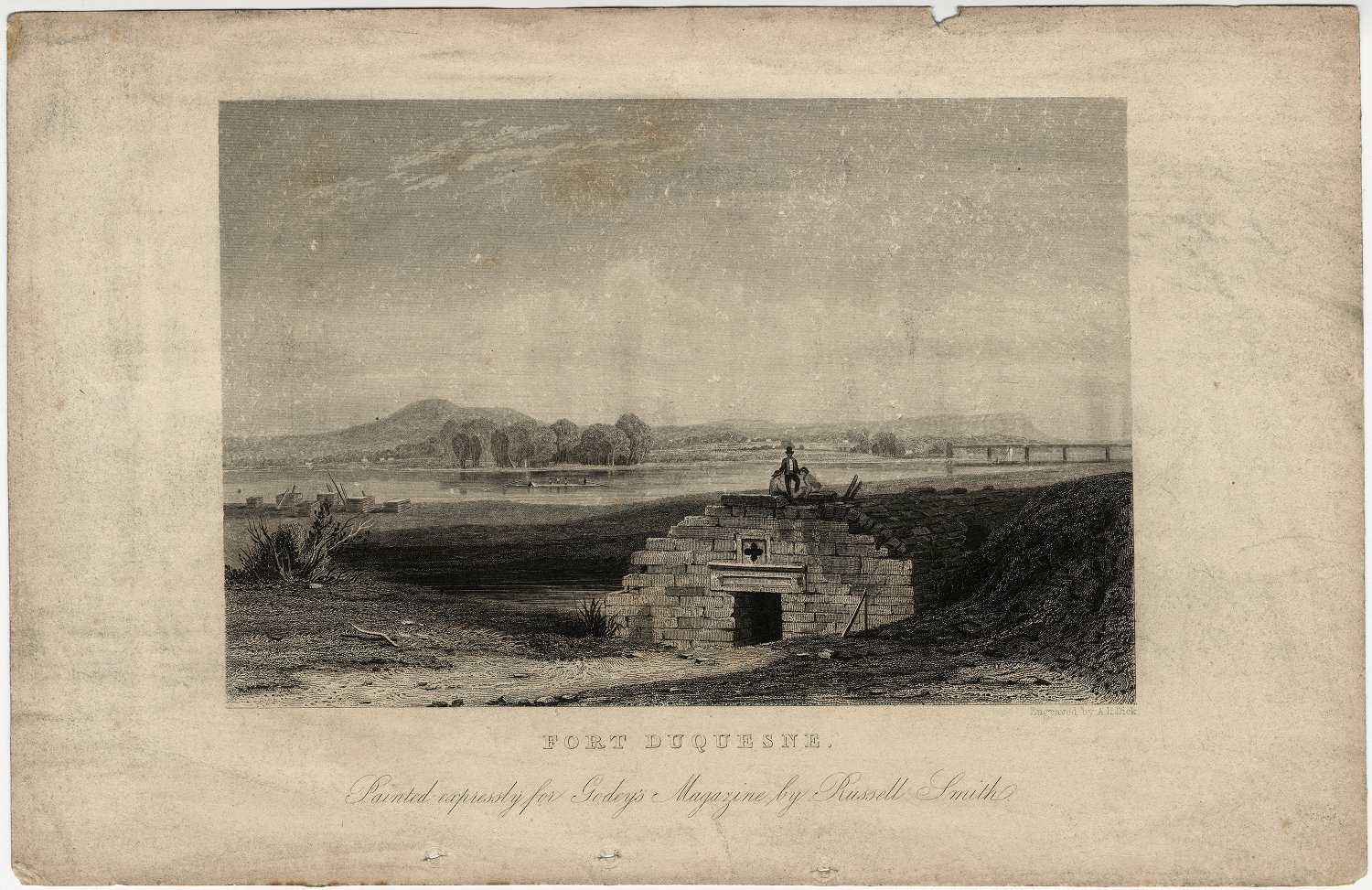 "…At a later period the magazine of Fort Pitt was the only relic remaining. It was then that the sketch, from which our engraving was made, was painted by that eminent artist, Russell Smith. We understand that even this is now destroyed. So pass away the monuments of American History." 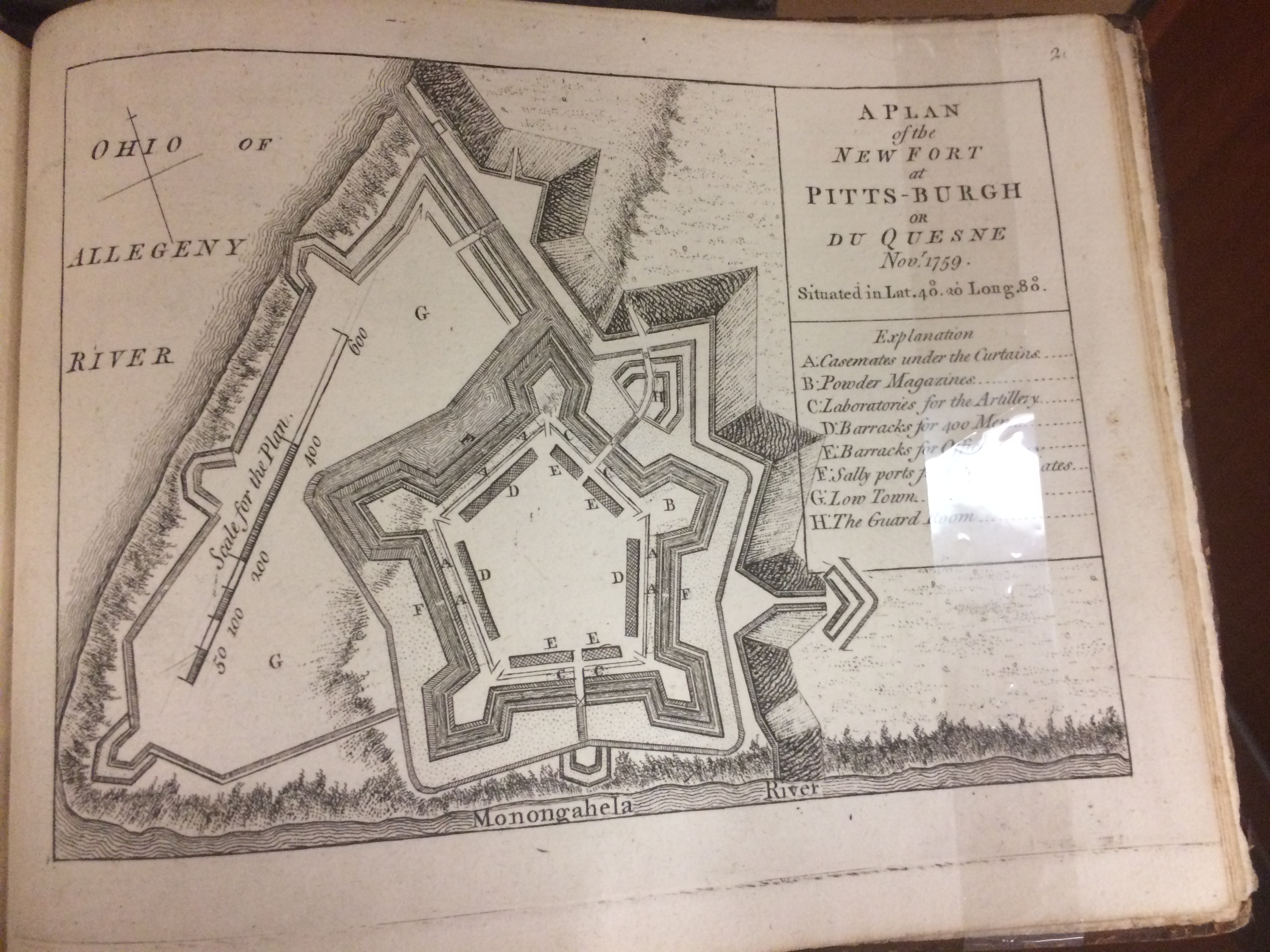