From A Full Account of the Great Fire at Pittsburgh, 1845 by J. Herron Foster:

"About noon, on Thursday, the tenth of April, a fire originated in the back yard of some frame buildings owned by Col. WM. DIEHL, at the south-east corner of Second and Ferry streets, where a woman had carelessly kindled an open fire to heat water to wash; the wind being high, the fire communicated to the ice-house on Ferry Street, which was quickly in flames, and the frame buildings on Second Street furnished abundance of fuel for the destroying element…." 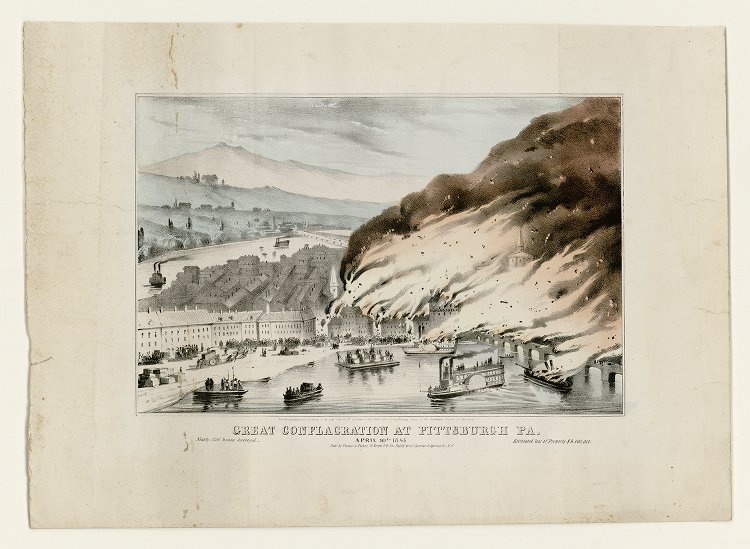 The Great Conflagration at Pittsburgh, Pa. by James Baillie

The scenes of the Pittsburgh strike and fire of 1877 were drawn from sketches made by the artists Martin Leisser and John White Alexander. The 1877 fire was part of an ongoing series of strikes by railroad workers that began with wage cuts in Martinsburg, West Virginia on July 14, 1877. The strikes brought commerce in the area to a standstill, and Pittsburgh became the center of the most violent protests and clashes. The Pittsburgh train depot was set ablaze during the protests, and the riots and demonstrations continued until early September 1877. The strikes across the country were stopped when President Hays sent federal troops to the scenes. 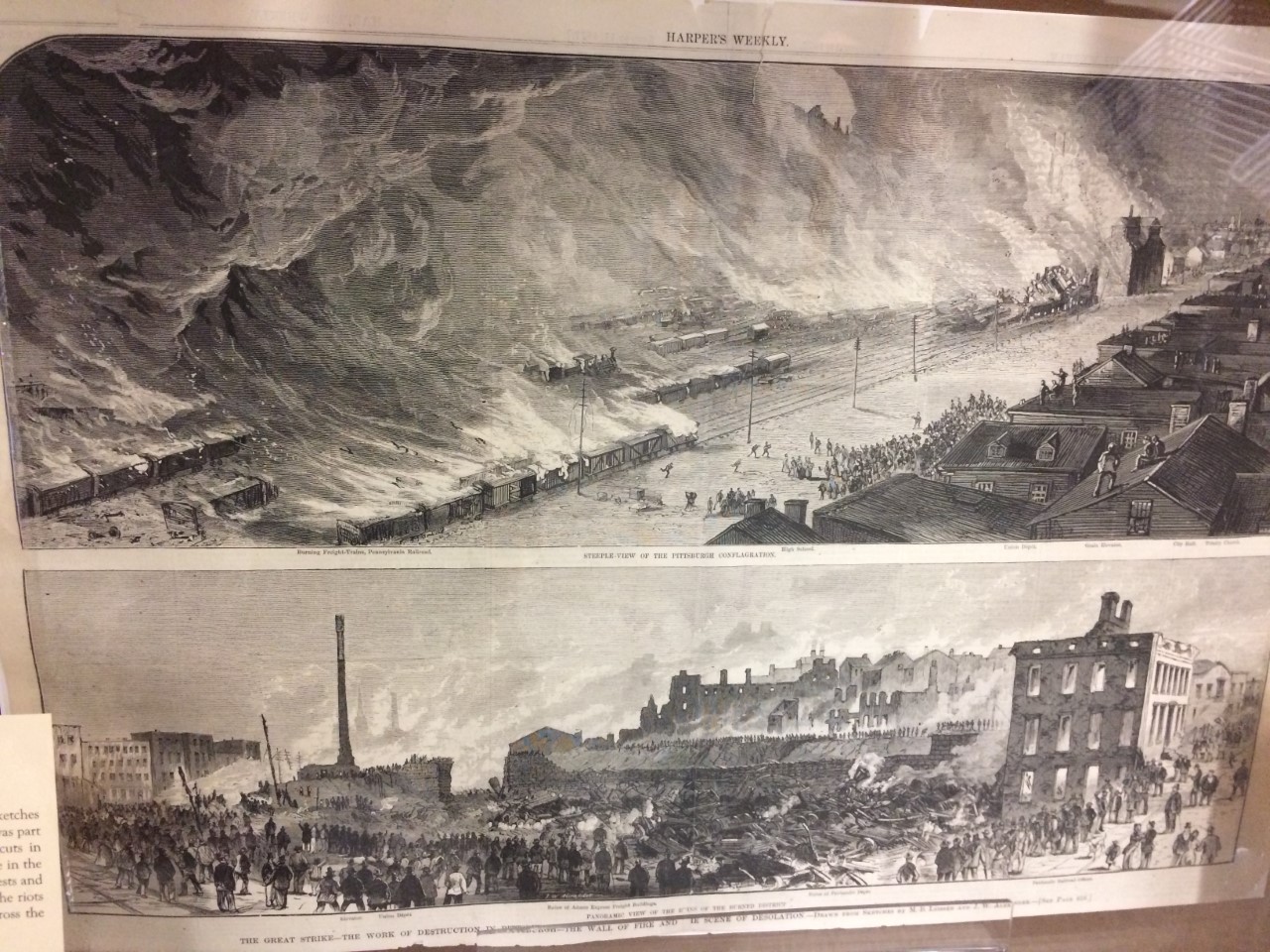 Images of the Strike and Fire of 1877, from Harper's Weekly

Pittsburgh Expositions first began in 1875 when the Tradesmen’s Industrial Association of Pittsburgh constructed an exhibition building in Allegheny City to sponsor annual expositions for the manufacturers and industries of Pittsburgh and western Pennsylvania. The original exhibition building in Allegheny City was destroyed by fire on October 3, 1883. A new exhibition building, which was built at the Point by the recently organized Pittsburgh Exposition Society, opened to the public in September 1889, and was known as the Winter Garden at Exposition Hall. The complex housed three buildings - a Main Hall, Music Hall, and Machinery Hall. The annual expositions were held in the fall, and were the most successful in the country. Dwindling attendance along with World War I ended the annual event, and the last exposition was held in 1916. The buildings were sold to the city of Pittsburgh in March 1919 for $360,000

Mary Roberts Rinehart was an American mystery writer and journalist from Pittsburgh, Pennsylvania. In early 1915, two years before the United States entered World War I, Rinehart worked as a war correspondent for the Saturday Evening Post and interviewed the exiled King Albert I and Queen Elisabeth of Belgium, Winston Churchill, and Queen Mary of England, at a time when very few journalists were granted such access. Rinehart went on to become a celebrated mystery writer, and with her two sons, a founder and the director of the New York publishing house Farrar & Rinehart in 1929. The quote below is from her autobiography My Story.

Progress had come our way, and Pittsburgh was holding an Exposition. It was held, however, in Allegheny, where its flimsy frame buildings were established on the flats annually inundated by the spring floods. A year or two later I stood by and watched them burn to the ground, and felt that there was a sort of retributive justice in that destruction, for they had nearly cost me my life. 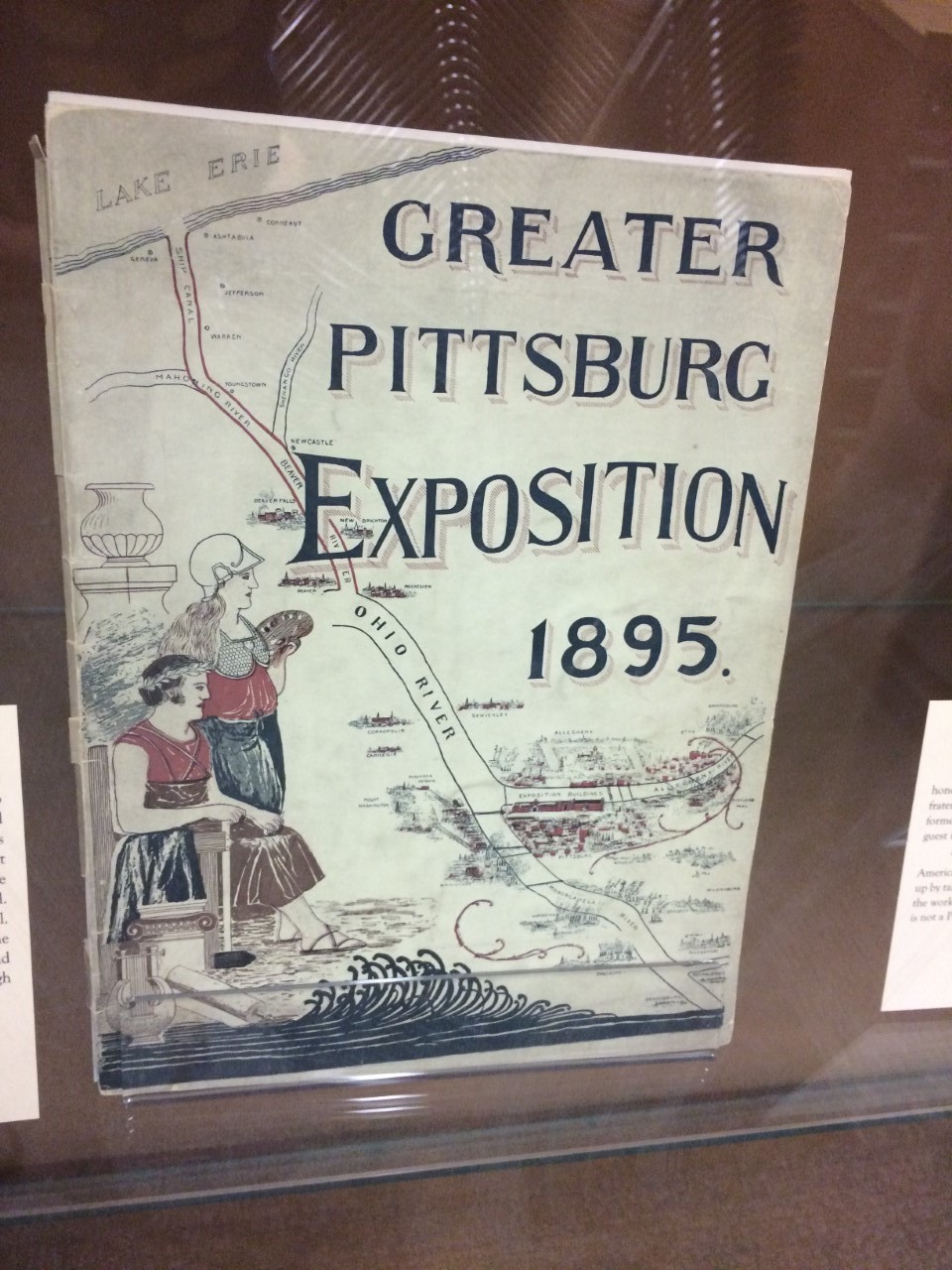 The Renaissance I project was a series of urban renewal campaigns from 1946 to 1973. It was led by Mayor David Lawrence, Richard K. Mellon (Chairman of Mellon Bank), and Adolph Schmidt, head of the citizen’s action committee. The goals of Renaissance I included smoke control, improving urban housing, developing sports and cultural centers, and increasing business opportunities. Not all aspects of the project were entirely successful: hundreds of African-American families were displaced from their homes in East Liberty and the Hill District to make room for new housing and business complexes – many of which were never built, with those that were doing little economic good for the communities. By the end of Renaissance I many of Pittsburgh’s iconic sights were built, including the US Steel Tower, Three Rivers Stadium and Civic Arena (since demolished), Point State Park, and development in the Golden Triangle.

1956: Mayor David L. Lawrence quoted in a speech at the Harvard University conference on Urban Design

"Our grand design in Pittsburgh has been the acceptance of a belief that a city is worth saving; that a successful organism in the plan of nature must have a head and nerve center; that the people of a city can take pride and glory in it in our own times as the Athenians did under Pericles or the Florentines under Lorenzo."

"I was raised in a milltown and I've always been acutely aware of their ugliness. These communities in this area are among the ugliest in the world. I thought we should do something about them, do something about bringing some beauty to them, like fine paintings and good music." 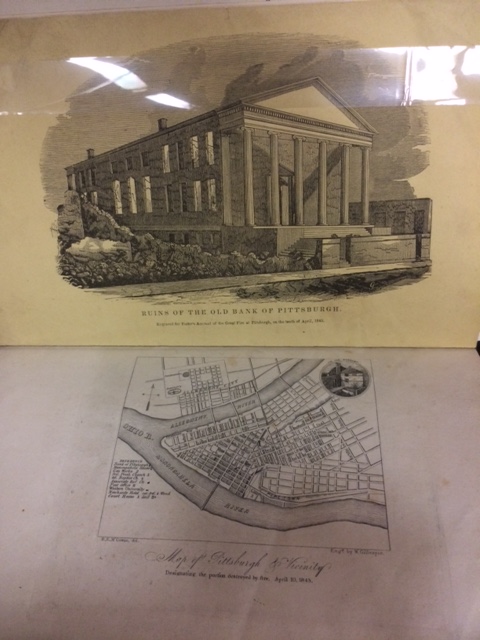 Ruins of the Courthouse, 1845 Fire 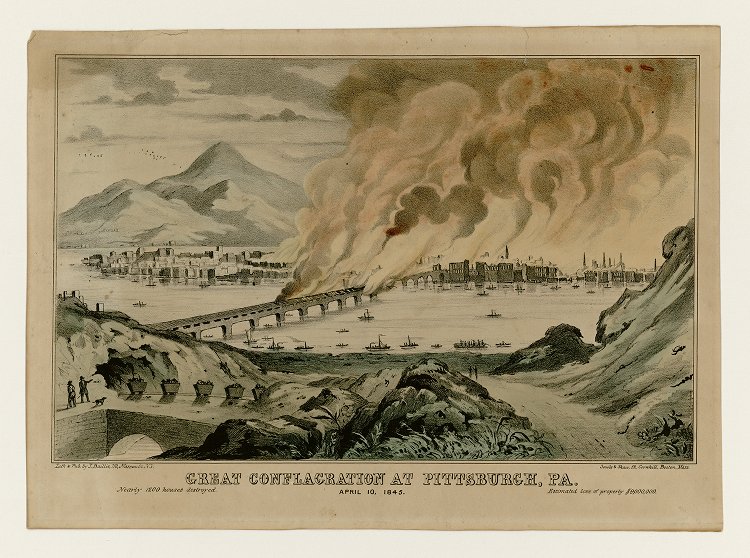 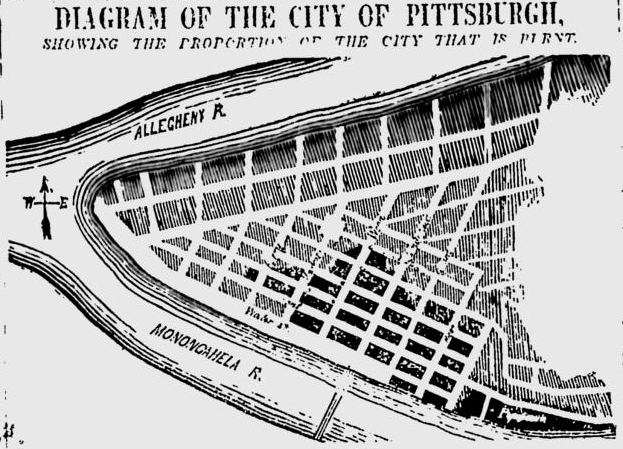 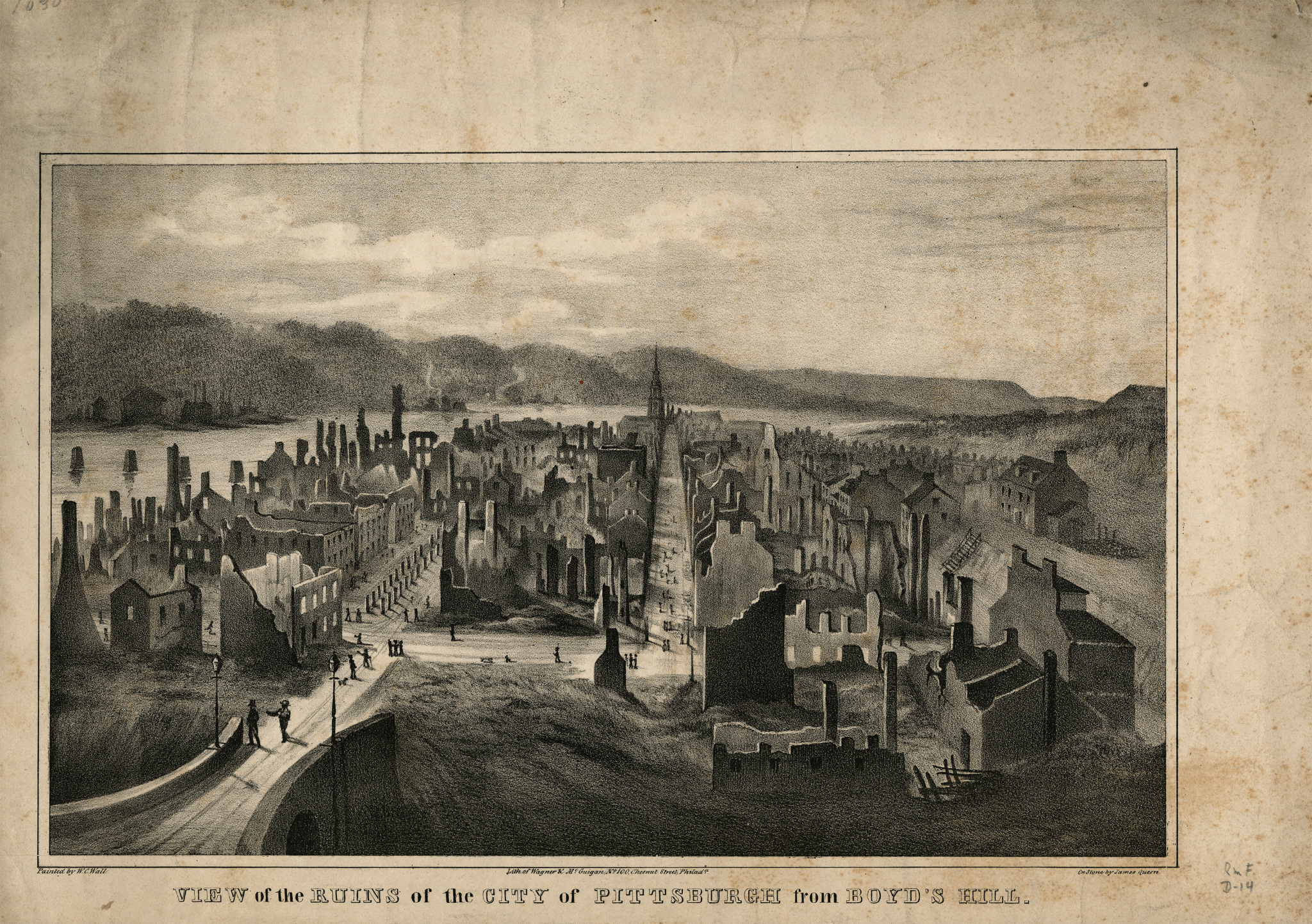 Etching of the damage of the 1845 Fire 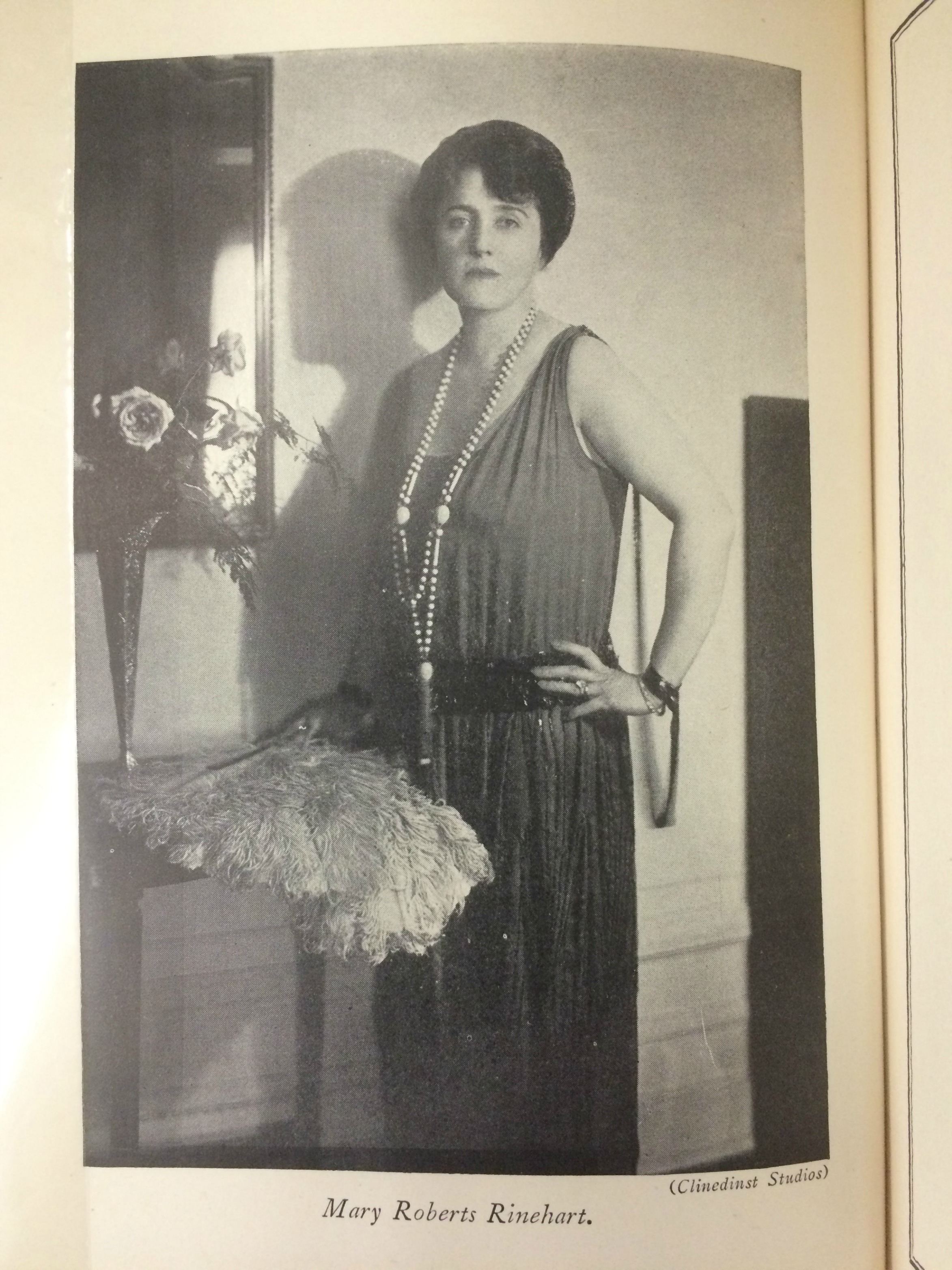 Frontispiece to My Story 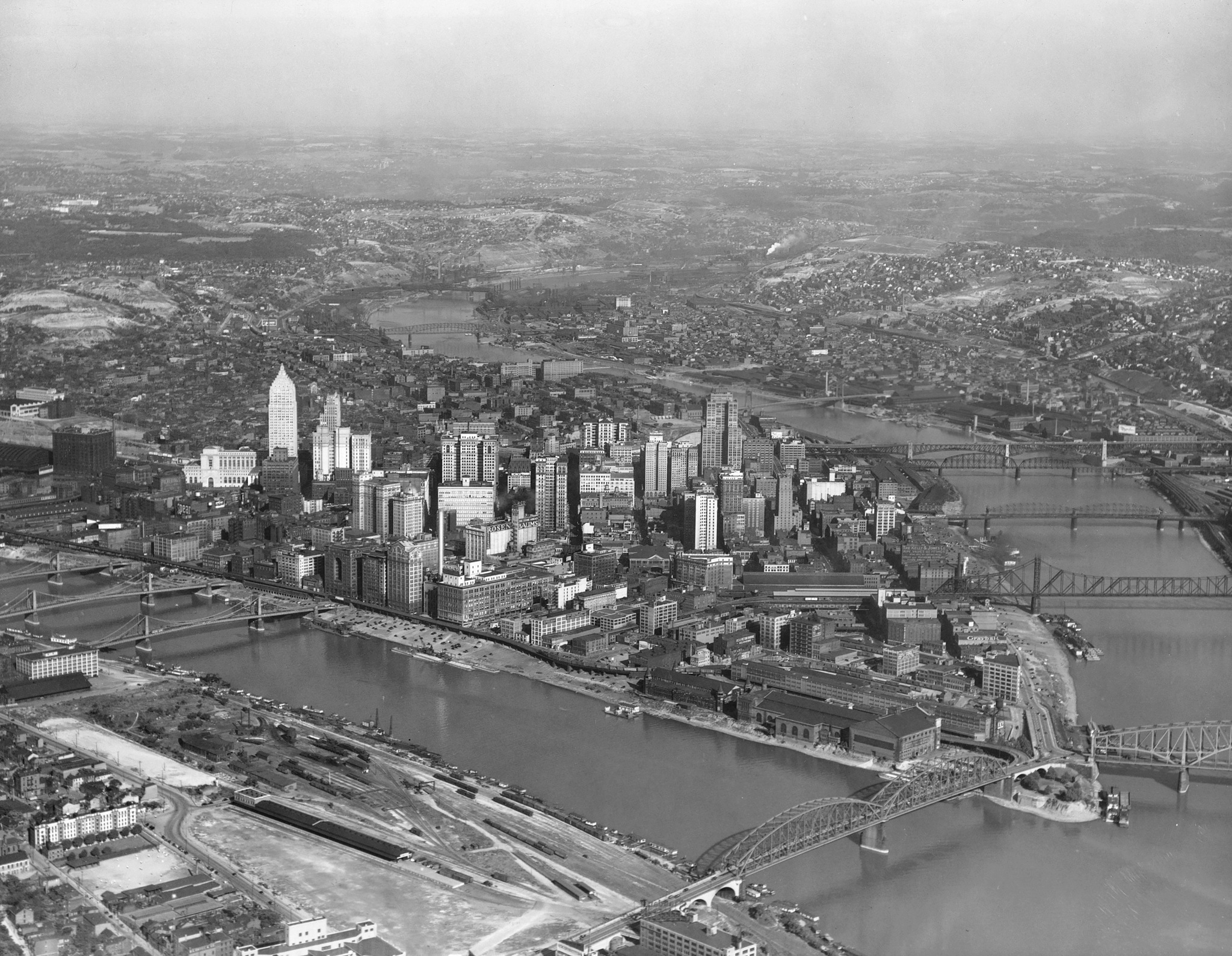 The Downtown area pre-Renaissance I 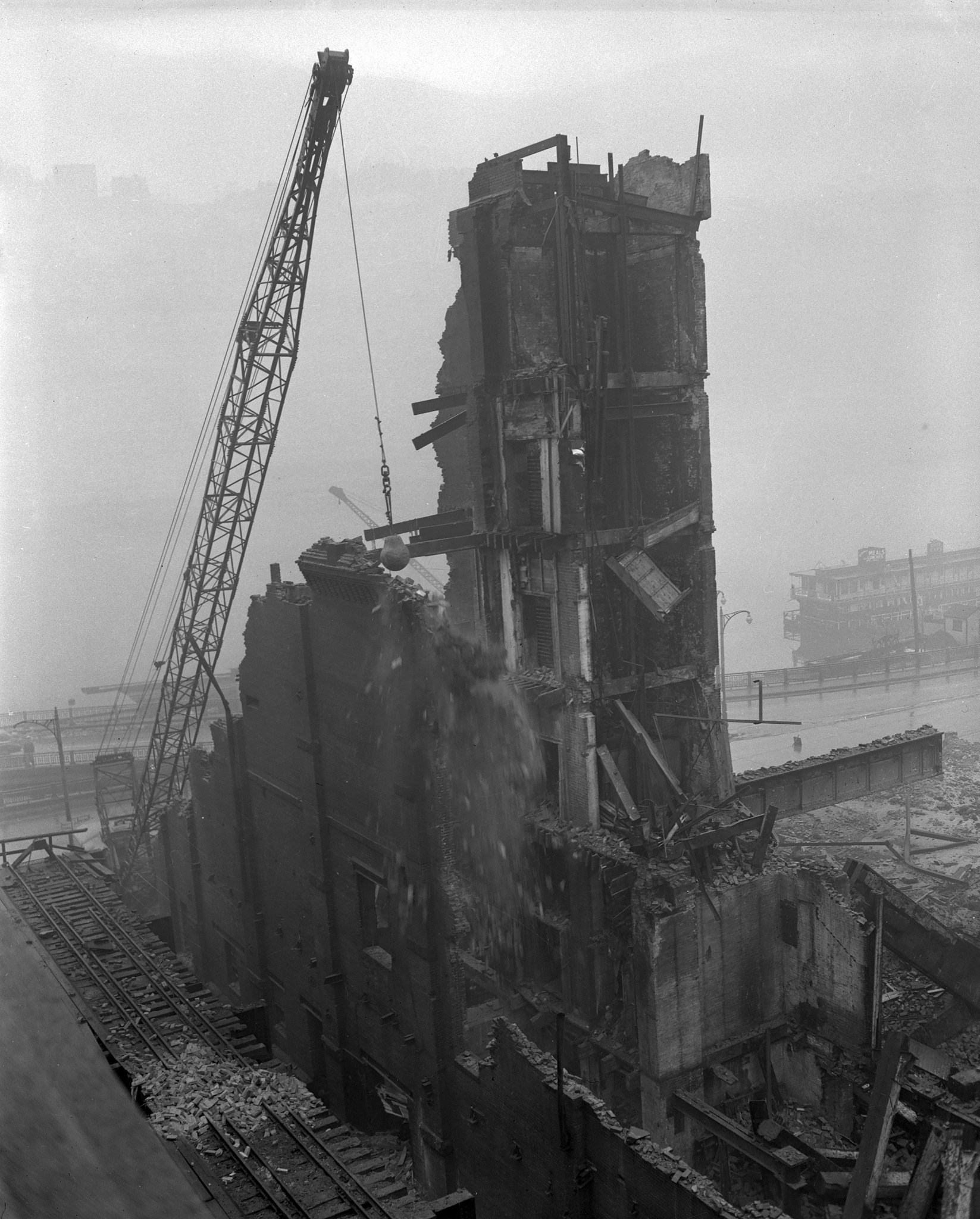 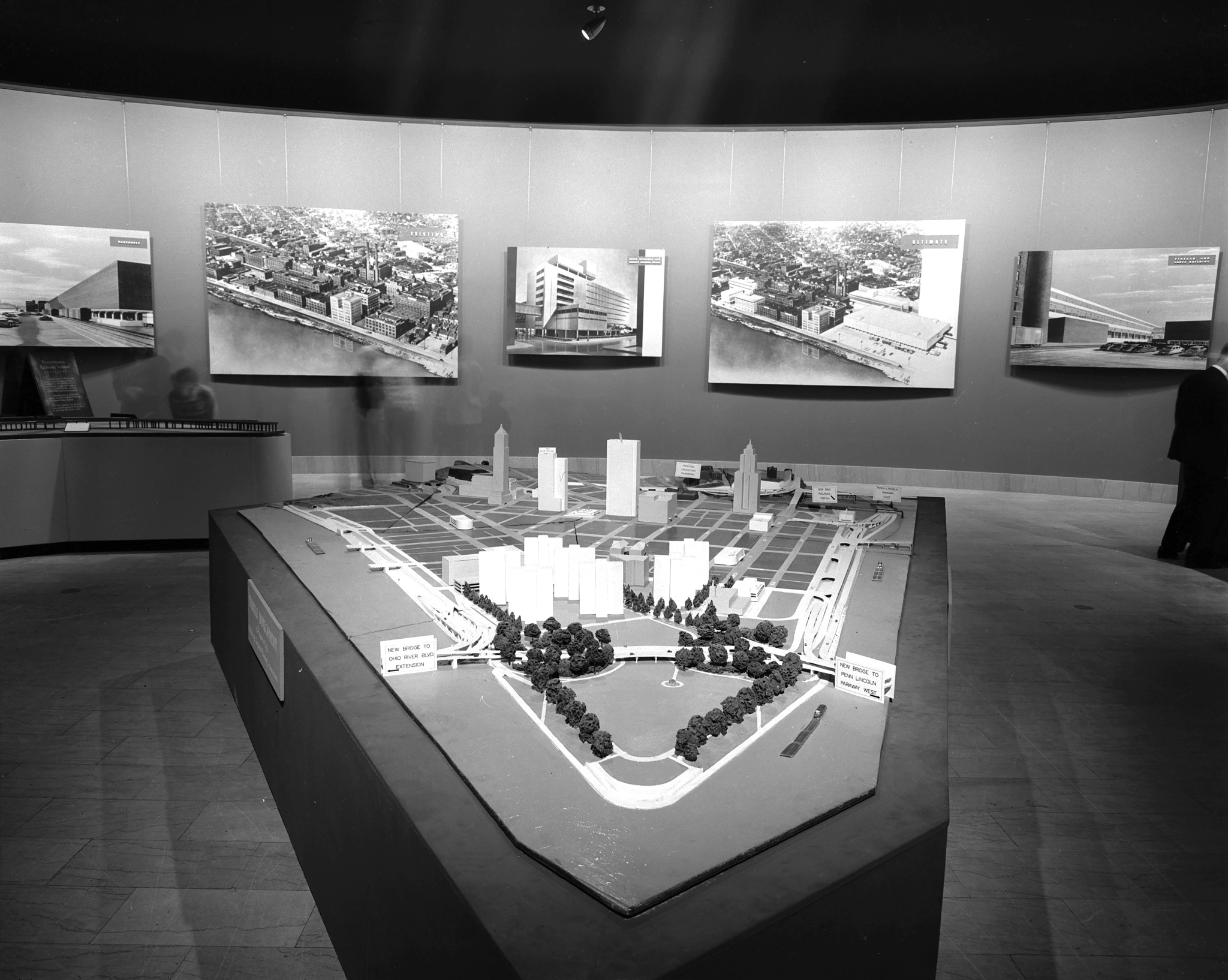 Model of the proposed park 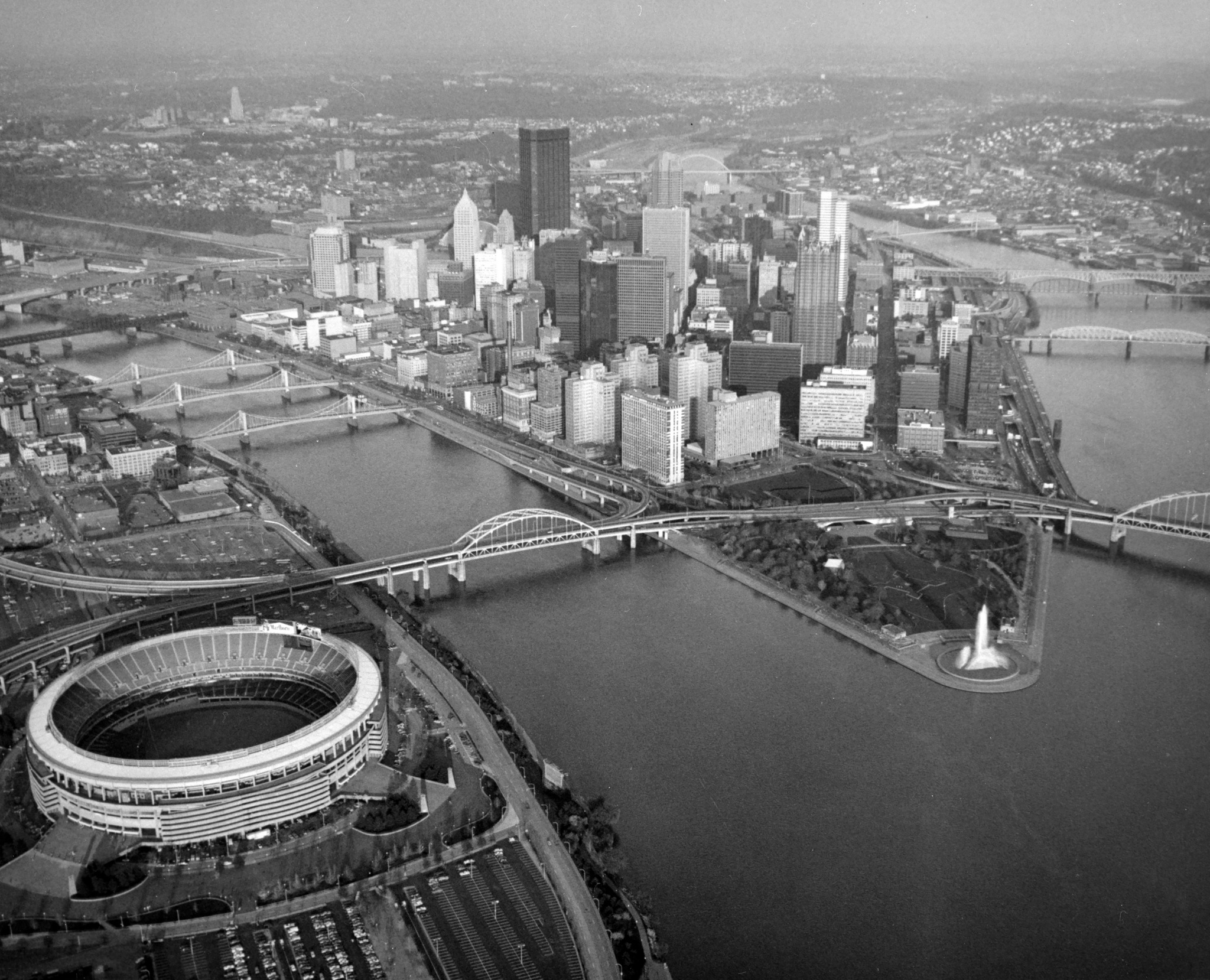 Downtown after Renaissance I 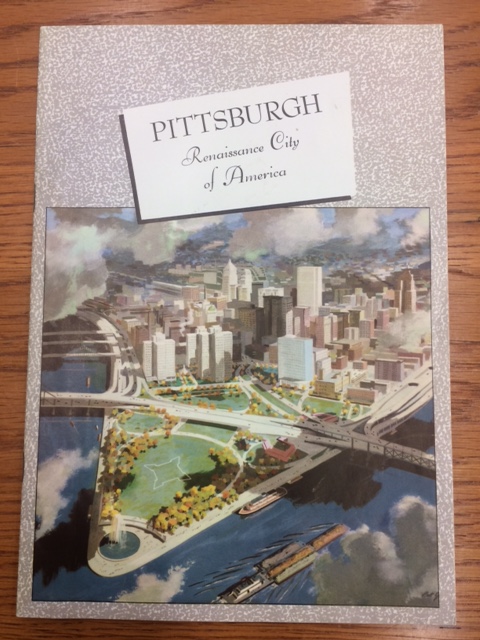