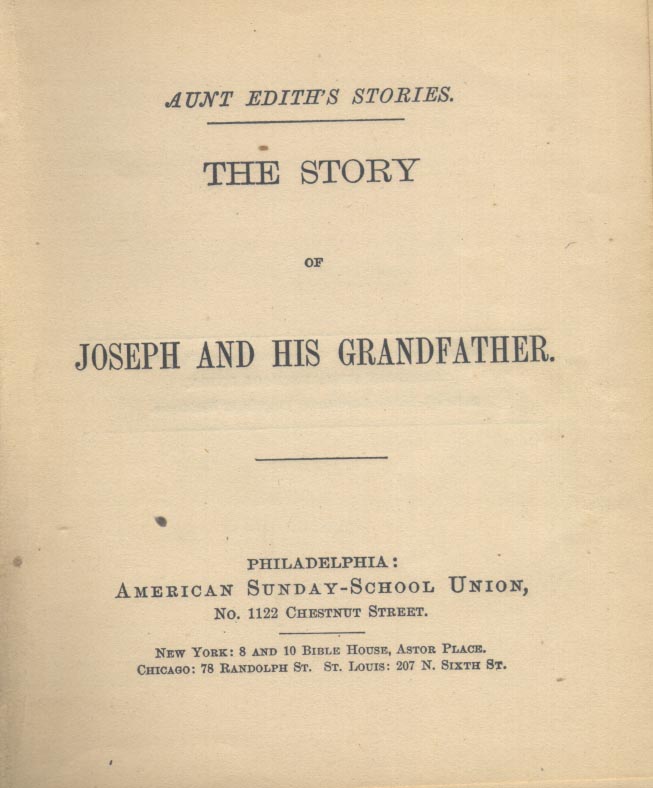 Periodicals published by The American Sunday-School Union include:

A Brief History of the American Sunday School Union 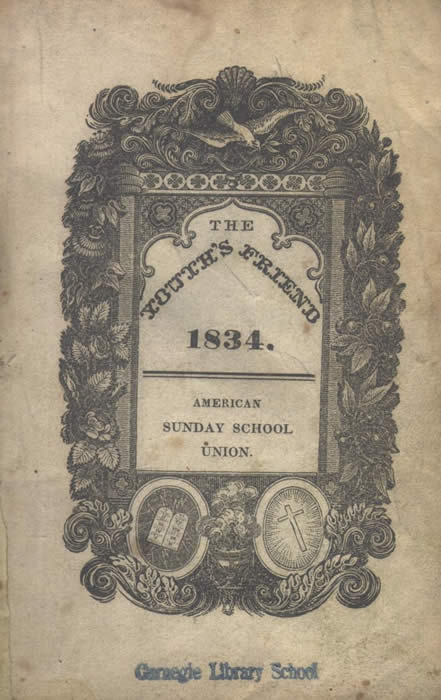 Founded in 1824 in Philadelphia, Pennsylvania, the American Sunday School Union (ASSU) had as its mission the promotion of Sunday schools and early literacy and the spiritual development of children.  The ASSU was a significant publisher and provider, of books and periodicals for children and played a role in shaping the direction of 19th century children's literature in America.

In 1790 there were no free public schools in Philadelphia, Pennsylvania.  Leaders from several denominations organized the First-day or Sunday-School Society of Philadelphia, the first known organization whose purpose was specifically to promote Sunday schools. In less than twenty years, many such organizations sprang up in other cities in the United States. By 1817, ten or more of the local Philadelphia societies or “unions” consolidated into a general union and The Sunday and Adult School Union was begun. Within seven years of its inception, ten states and the District of Columbia had auxiliary unions.  By December of 1823, union representatives from various cities met in Philadelphia for preliminary discussions about forming a national organization and The American Sunday-School Union was formed.

Among their objectives was the dissemination of useful moral and religious information. Believing that religious literature suitable for young readers was largely non-existent, they endeavored to publish books and periodicals for this market. The Union’s requirements for the literature they published were stringent. Content was to be of moral and religious, age appropriate, good literature, and American. Initially each piece required unanimous approval by a Publications Committee.  This committee was comprised of representatives from at least three different denominations and all works had to be free of denominational bias. Because some groups viewed fiction as unsuitable for young minds, the Union policy stipulated that imaginative works should not provide false presentations of life and duty. Consequently, the literature published by the American Sunday School Union primarily focused on non-fiction topics such as history and biography, along with poetry, hymns, and didactic teachings.

From its first publication, Mary Martha Sherwood’s Little Henry and his Bearer, through its many other books and periodicals, the goal remained the same--to make their publications accessible to as many people as possible. To this end, many authors, artists and workers contributed their efforts  at no cost. The Union in turn provided their literature at cost or, when possible, for free. Eventually, the Union even began to produce “libraries” of books that could be purchased at a reduced rate by schools and thus provide free circulation to small rural communities.

The American Sunday-School Union continued to publish until 1960. In 1974, it became the American Missionary Fellowship, an organization that remains active today, though their mission has changed in function and purpose from the parent organization founded so many years ago.

Many of the ASSU titles are housed in the Special Collections Department at the University of Pittsburgh's Hillman Library.

For questions about the collection and location: