Listed below are the Dime Novel titles in the Nesbitt Collection:

A Brief History about the Dime Novel Collection 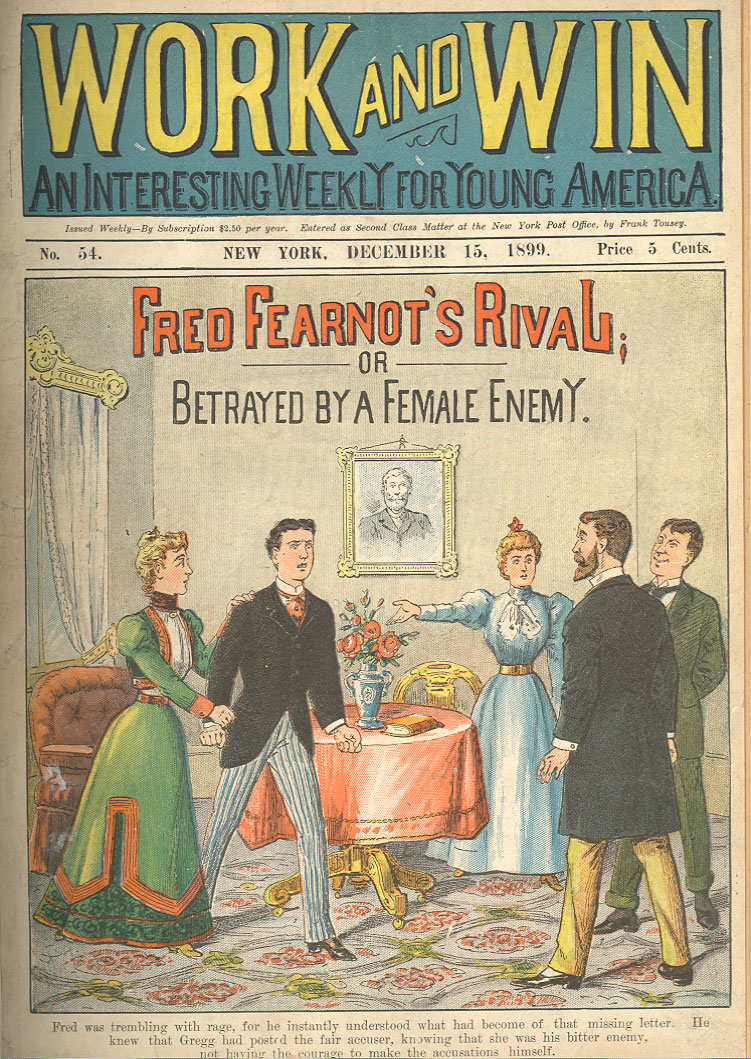 The "dime novel" was a form of popular literature published in the United States from the mid to late 19th century through the early part of the 20th century. Costing as little as 10 cents in the beginning of their production, these paperbacks were affordable to people in the working classes.  Made from the lowest quality (and cheapest) paper product available, the dime novels launched widespread use of the term "pulp fiction"!

Purporting to be “true stories” of people from early America, the Wild West, and the Civil War, these fictionalized accounts were actually sensational, melodramatic tales that included many adventure tales and detective stories.

While early dime novels were aimed at adults, most publishers soon began offering selections for teenagers and younger readers.

The Elizabeth Nesbitt Collection contains a small representative sampling of about 30 dime novels; some of them translations from foreign languages. Due to the poor quality of paper used in their production, they are extrememly brittle today and require great care.

Many of the Dime Novel titles are housed in the Special Collections Department at the University of Pittsburgh's Hillman Library.

For questions about the collection and location: