The Black Arts Movement (1965-1975) ushered in a changed in the depiction of black children in children's literature. The focus of many black authors and illustrators mirrored those prevalent throughout the Civil Rights era:  the importance of Africa as a common root for all black people, the notion of understanding the history of the blacks in the United States leading up to the Civil Rights Era, and the depiction of success in society by working hard, caring, and resilience. Through picture books, poetry, fiction, and non-fiction, child readers saw themselves and their communities,  and depicting a brighter future than books had previously offered. 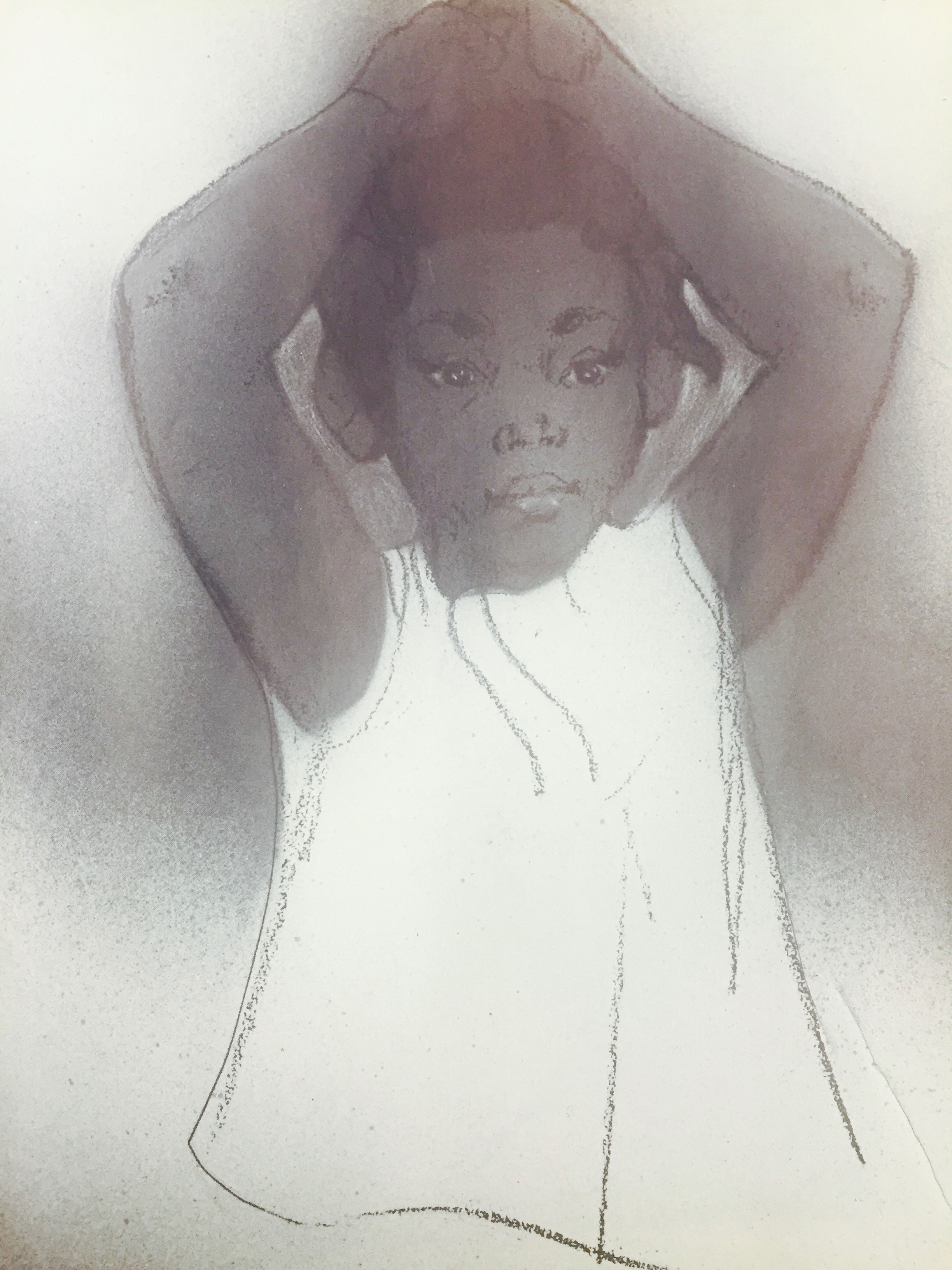 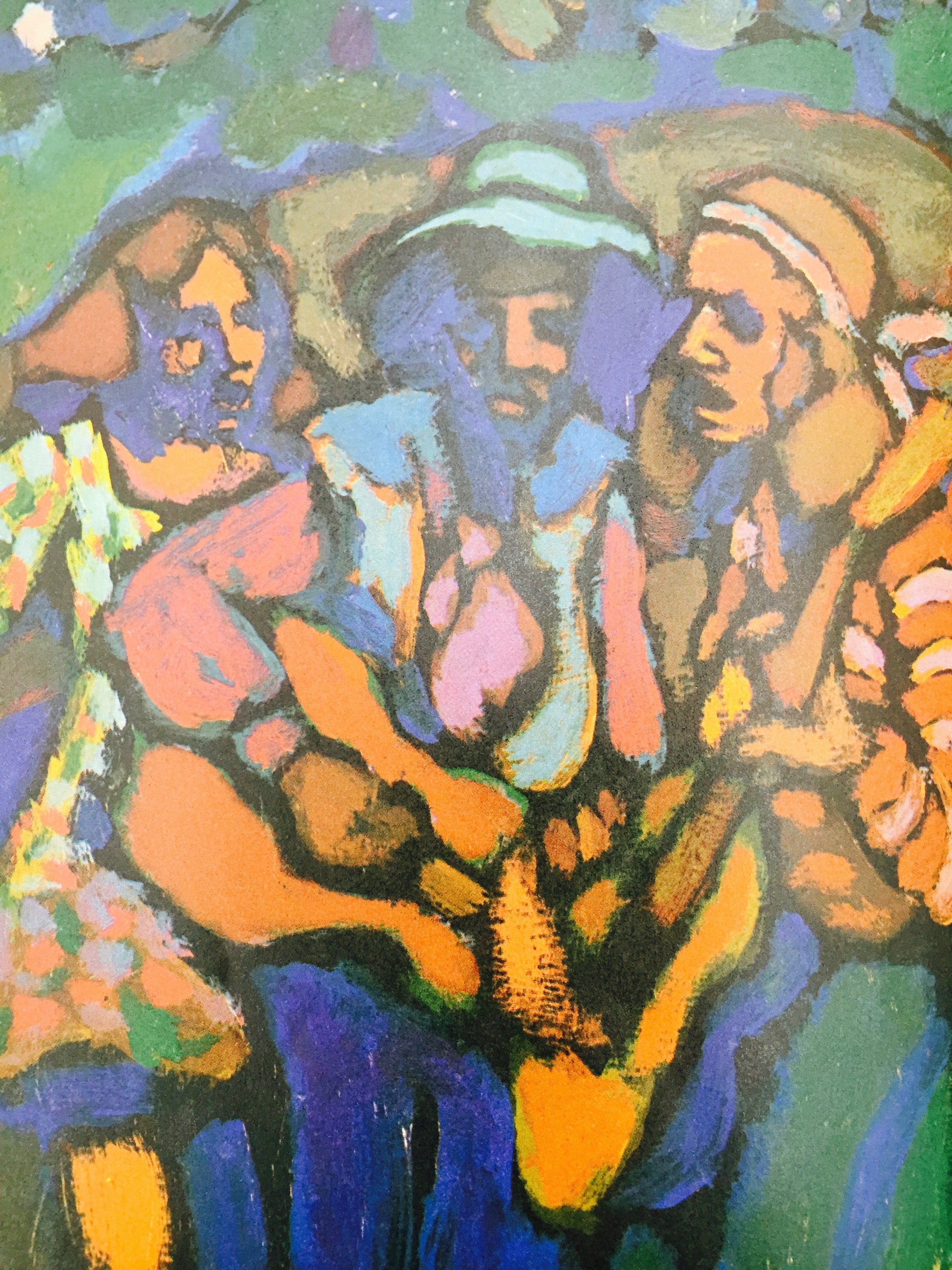 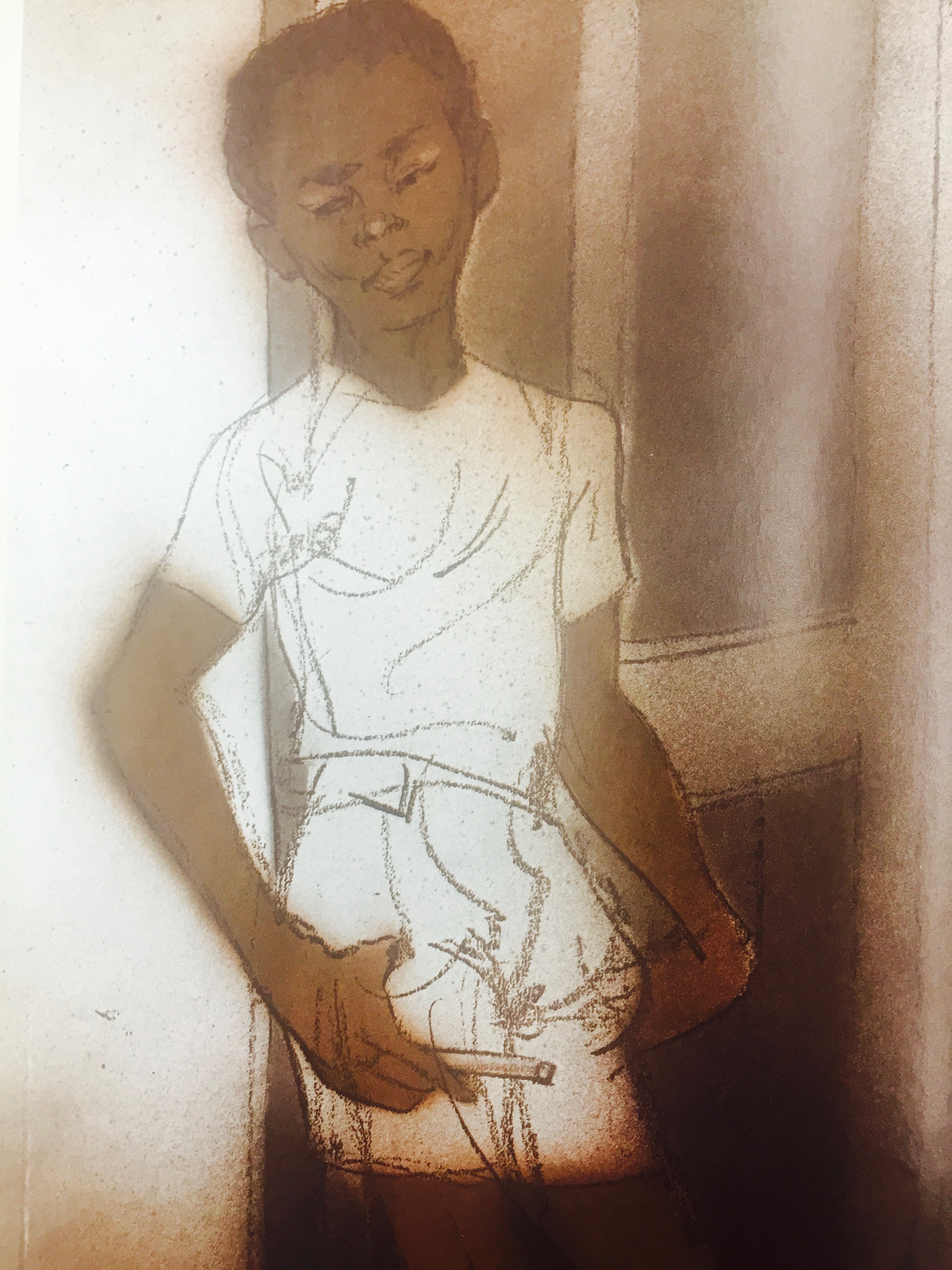 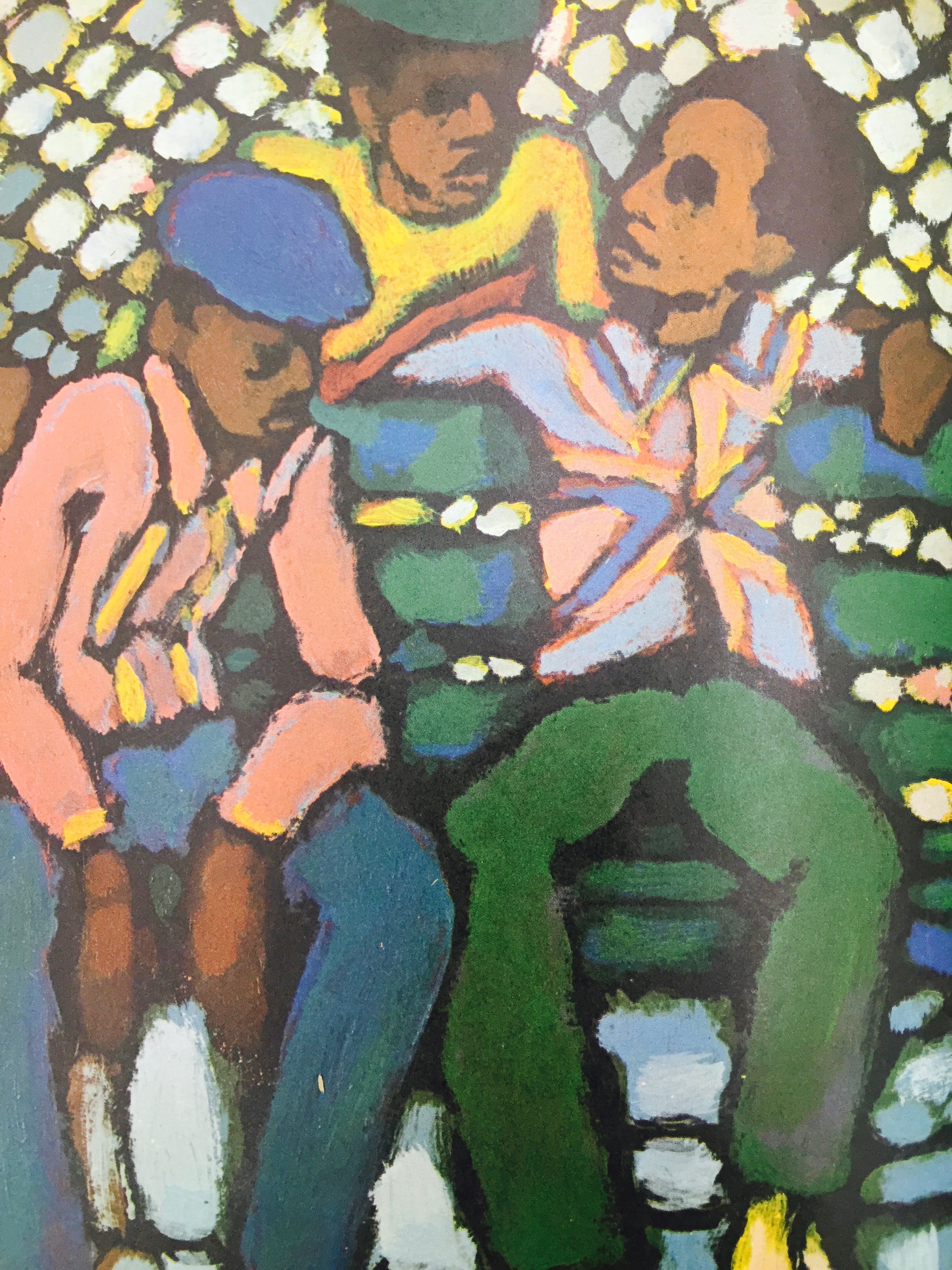 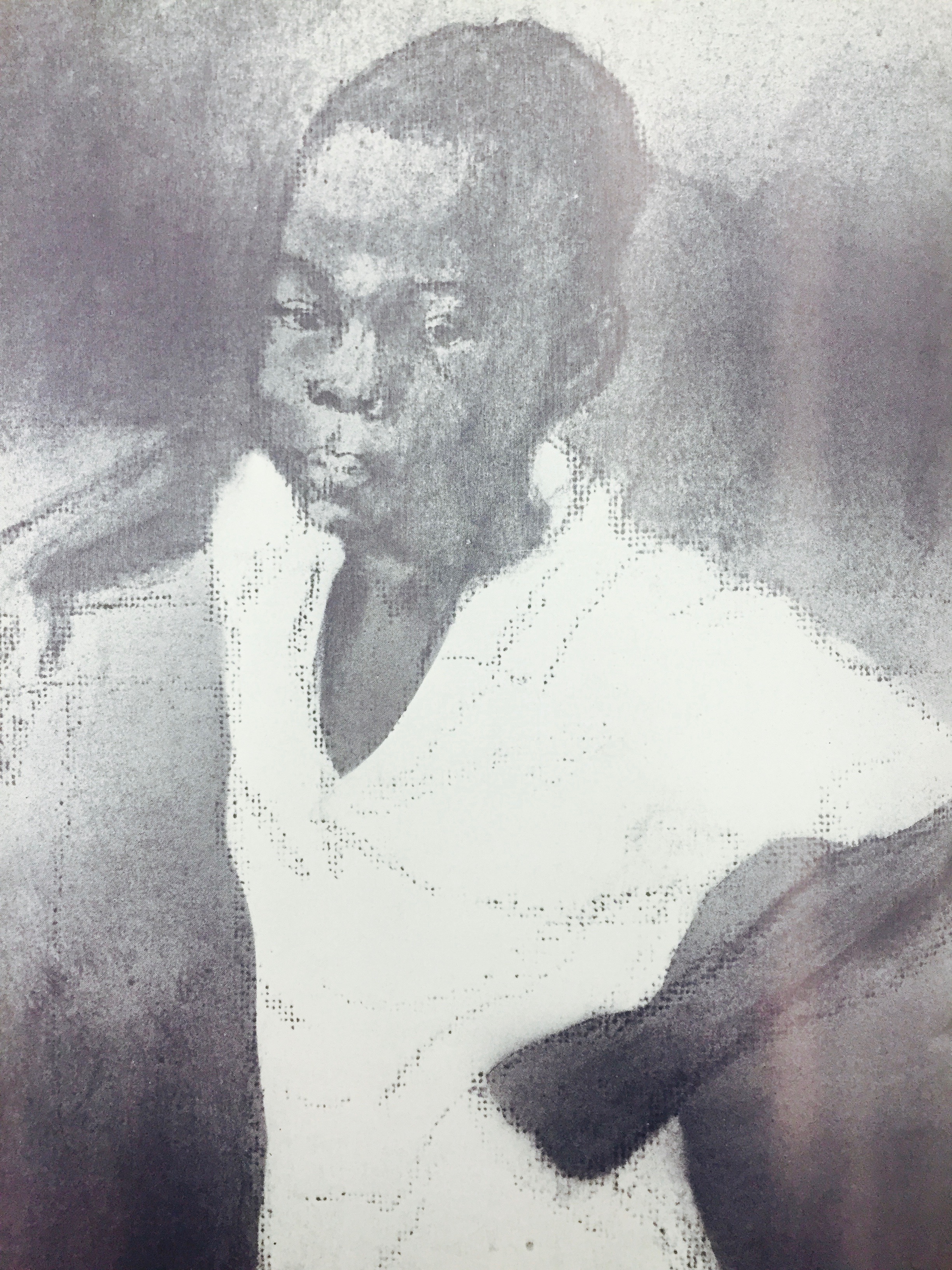 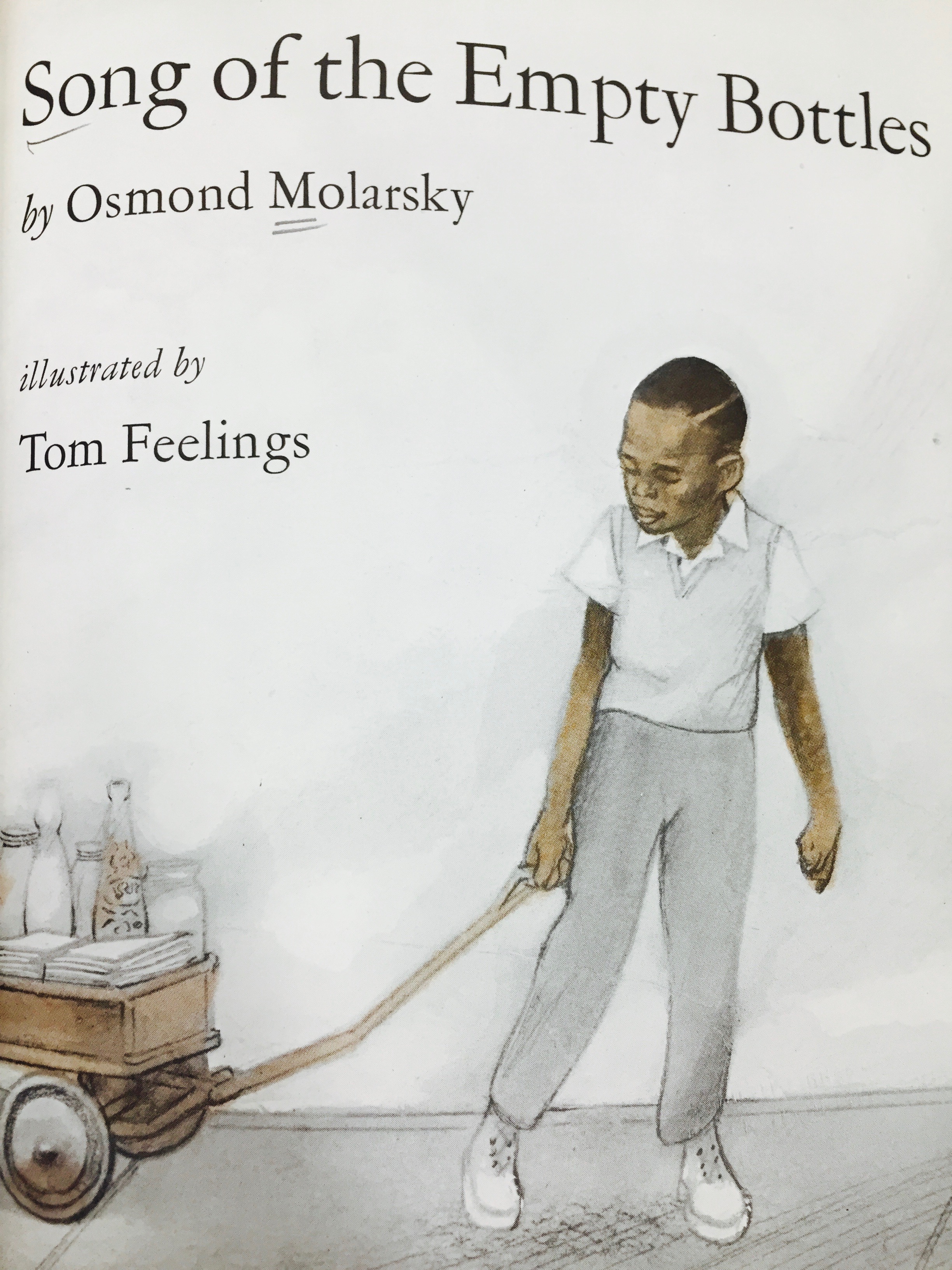 Thaddeus wants to play the guitar after admiring from afar an older musician. This picture book for older readers includes illustrations in gray and brown scale. Thaddeus wants a guitar of his own, but does not have the money. He collects bottles and newspapers to recycle. After spending weeks and earning only a few dollars, he wants to give up. His mentor tells him to think up a good song and rewards with with ten dollars, which permits him to buy the guitar. 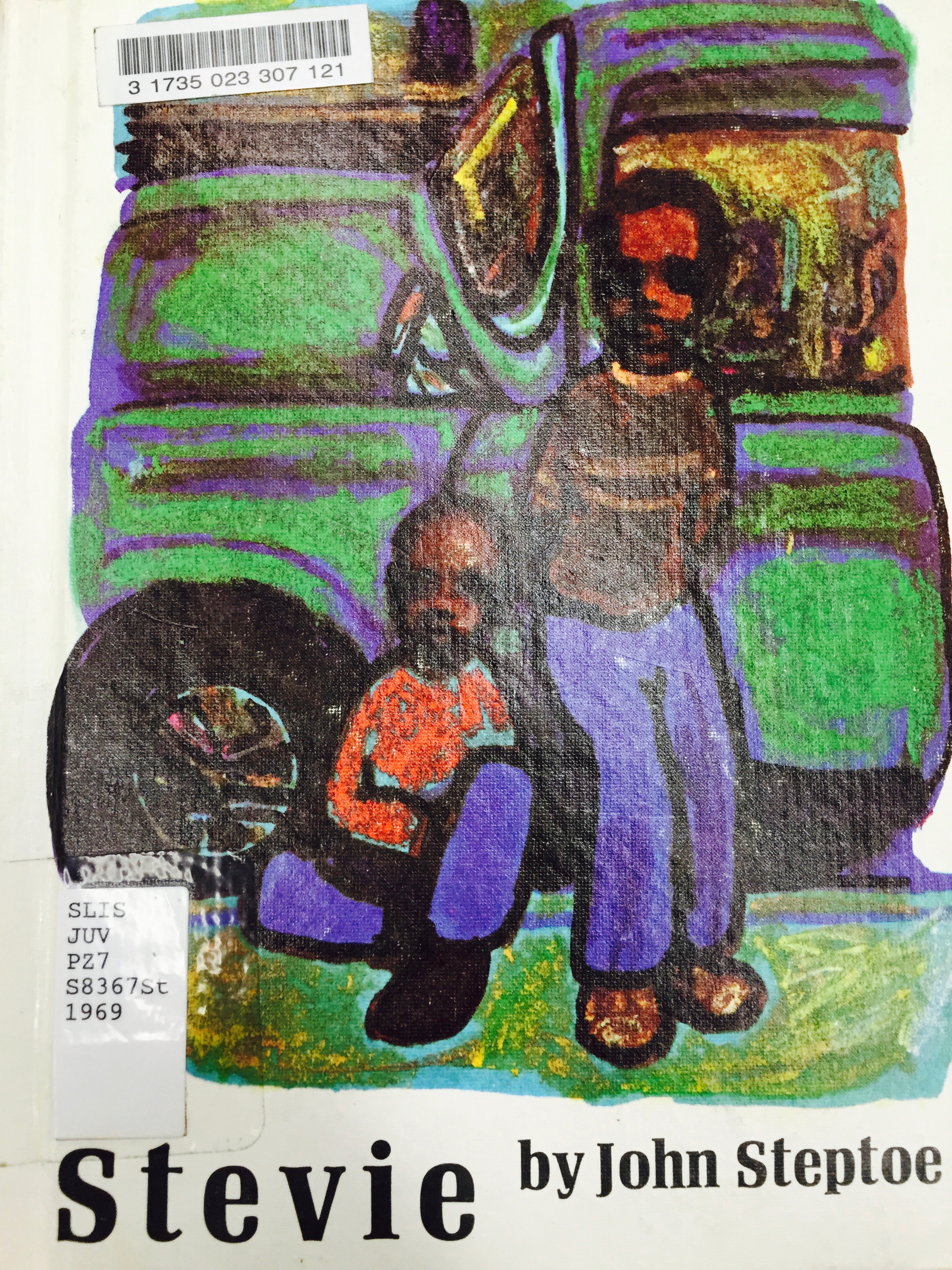 This groundbreaking brightly illustrated picture book offers and engaging look at rivalry every child has felt. Robert spends most days with his younger neighbor, Stevie, and resents his "crybaby self."  Robert is annoyed that he must do everything with Stevie and expresses his frustration to his mother, who tells him that he must be nice. When Stevie moves away, Robert realizes that he actually misses Stevie. 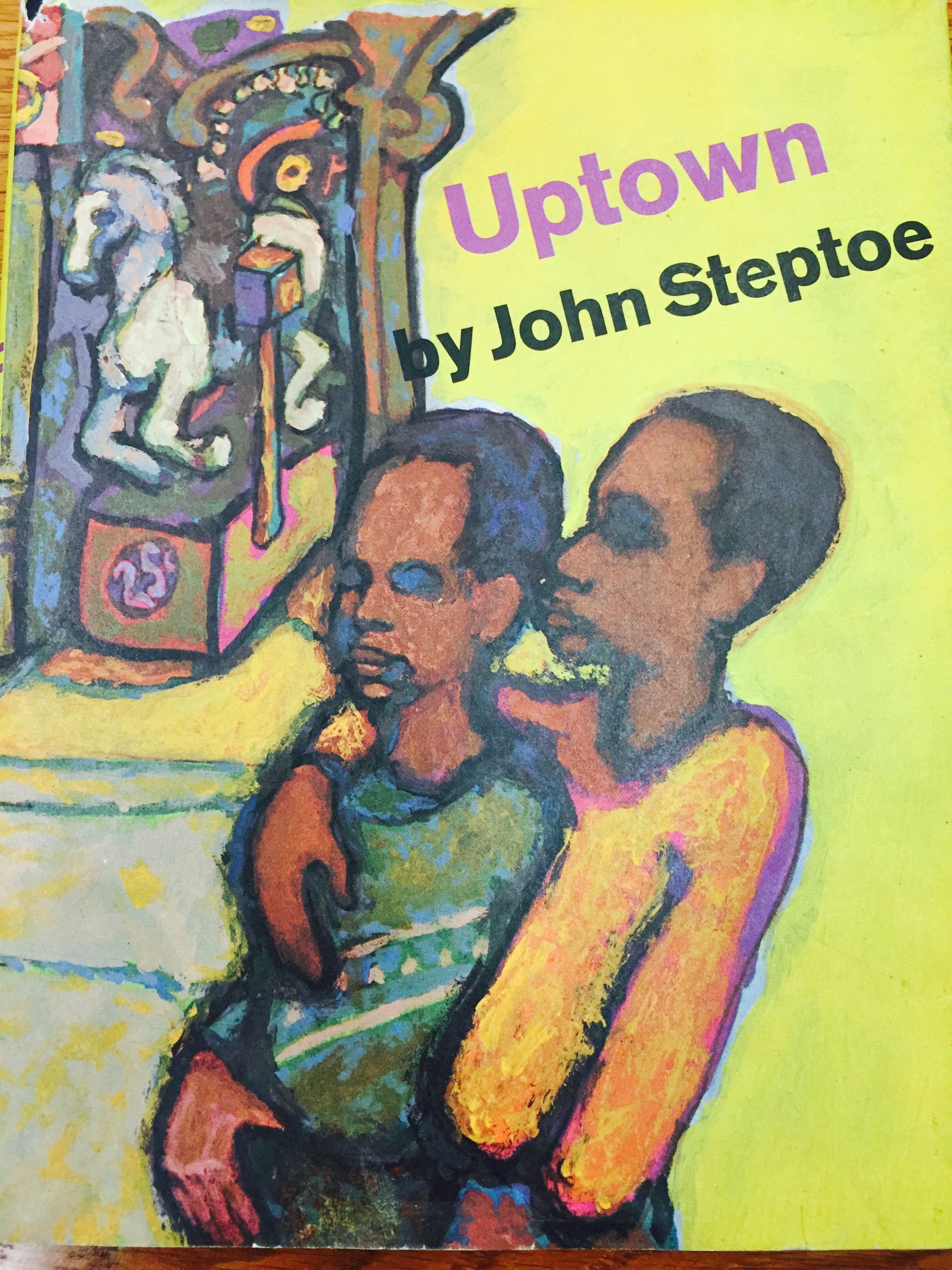 "Yeah, [the shop down the street] got a lot of nice Black Power things in the window.  the man in there was a nice cat.  He told us a lot of things about black people, and it's a lot different from what they tell you in school."

Two black boys contemplate what they will be when they grow up. They analyze the black adults in their lives as well as older teenagers in their society in hopes of being able to better understand what their own realistic aspirations should be. Many of the ideas the boys contemplate, such as many black people being drafted into the army, playing rap music and basketball with friends, and avoiding being a cop are ideals that exist among the black community today. 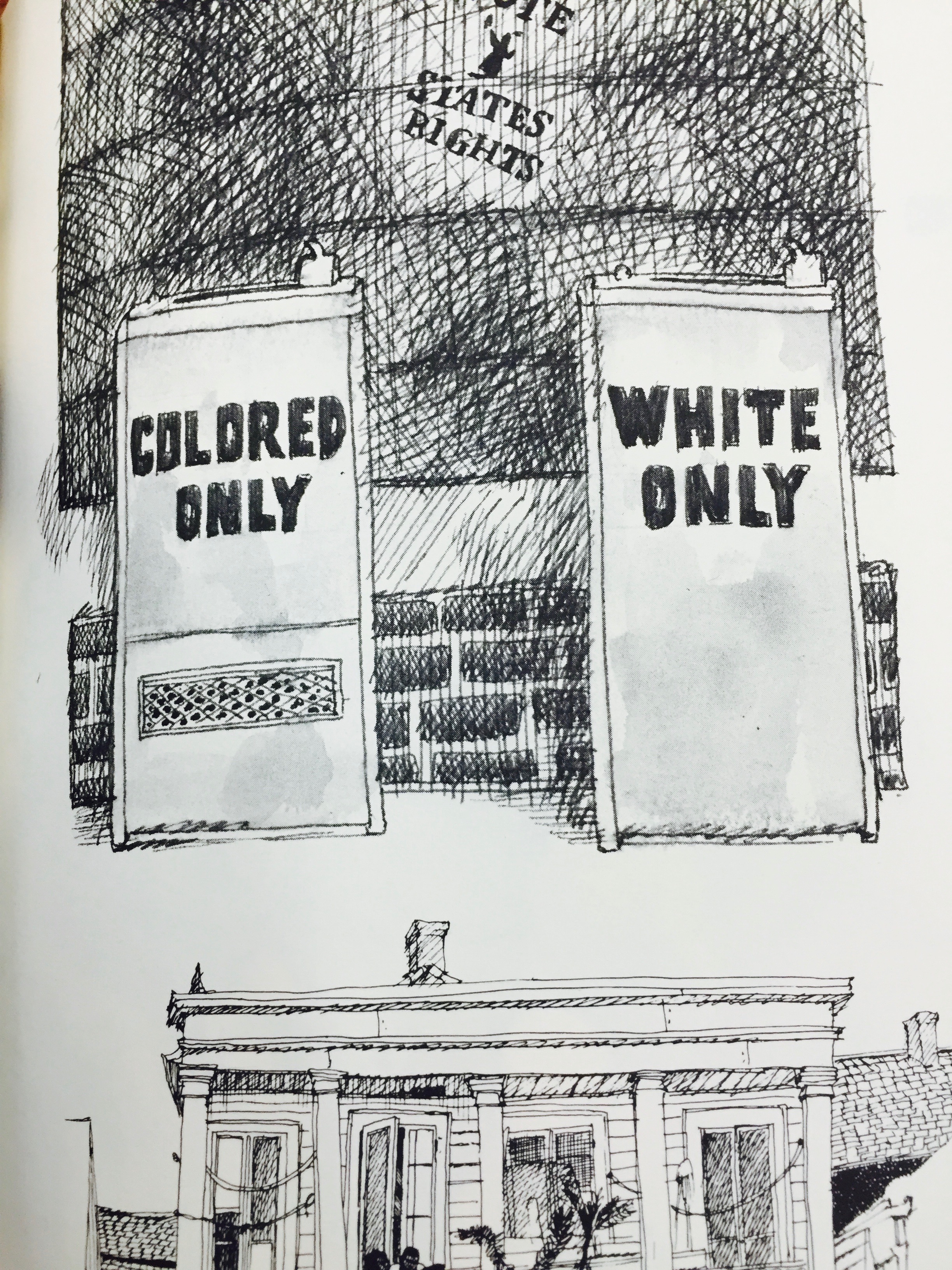 Feelings' autobiography for children explains how his birth in Brooklyn brought him to a home in Ghana in hopes of bridging, for African children of the West, the gap between their lives and Africa. Feelings depicts the possibility of returning to Africa. He includes his experience trying to pursue a career and how his images of "black art" were not welcomed. The illustrations capture the mood of the work. 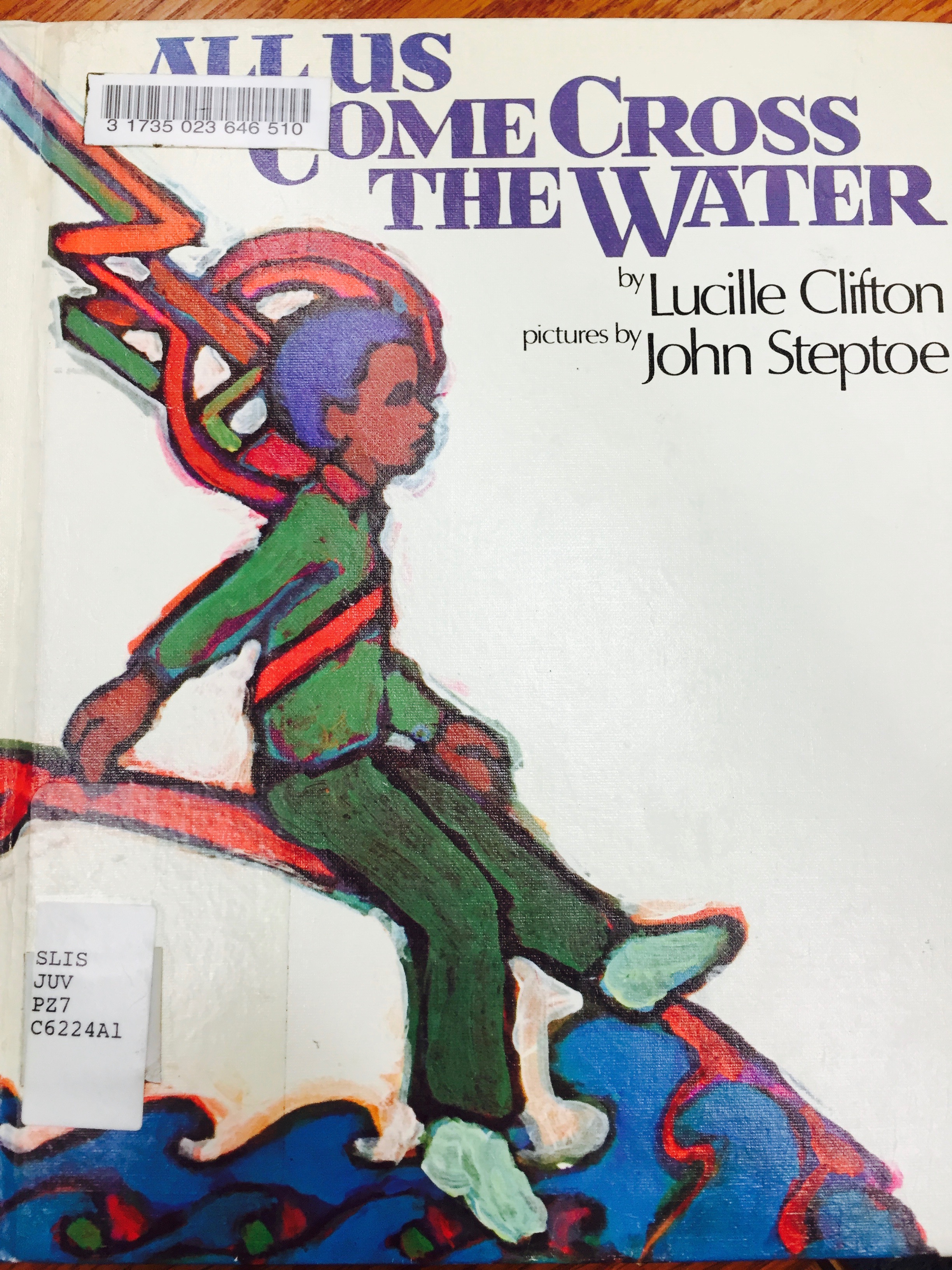 "They wasn't no way back before that.  Before that we was a slave"

Ujamaa explores his African roots after being asked by his black teacher where he's from. The young boy knows he is from Africa but wants to find out exactly where and how his family ended up here. He asks his sister and his grandmother, but ultimately gets an answer from a man at a book shop, who tells him about slavery. 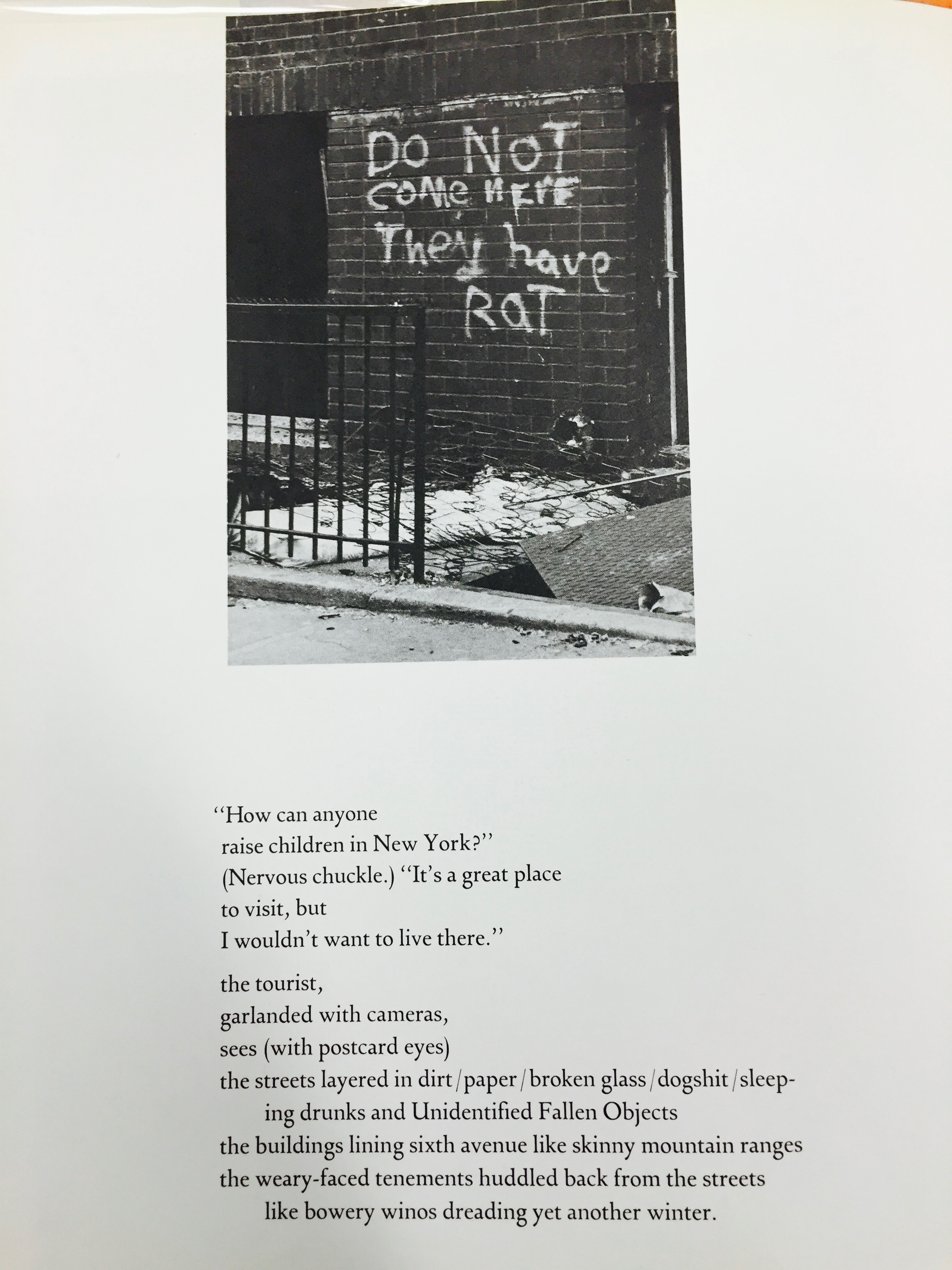 This collection of photopoems is unique and is far from the traditional children's book. Each double page spread show numerous black and white photographs of various people of all races, ages, and cultures. Each section of the book is titled and features a poem spanning multiple pages. 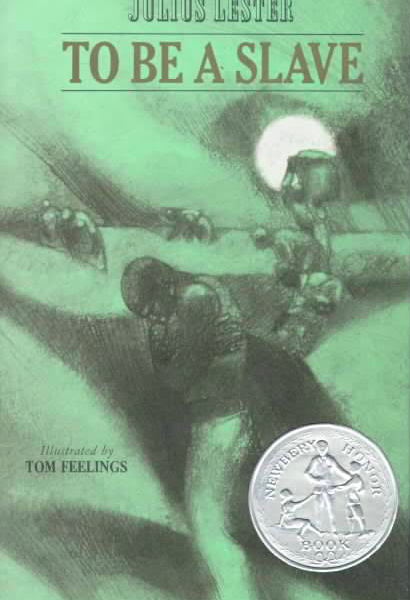 ".To be considered not human, but a 'thing' that plowed the fields, cut the wood, cooked the food....Understand that the black slave fought against his enslavement through music, religion, and in every way possible.".

​This book uses material from multiple slave narratives. Due to the explicit nature, this text is likely for young adult readers. Black and white illustrations match the somber tone of the text. Some of these first person accounts, according to the introduction, have never been published before.The commentary Lester provides is both sympathetic and relevant. Ultimately, the goal of this book is to educate the reader about the past of America and Africa as it pertains to early black slaves. 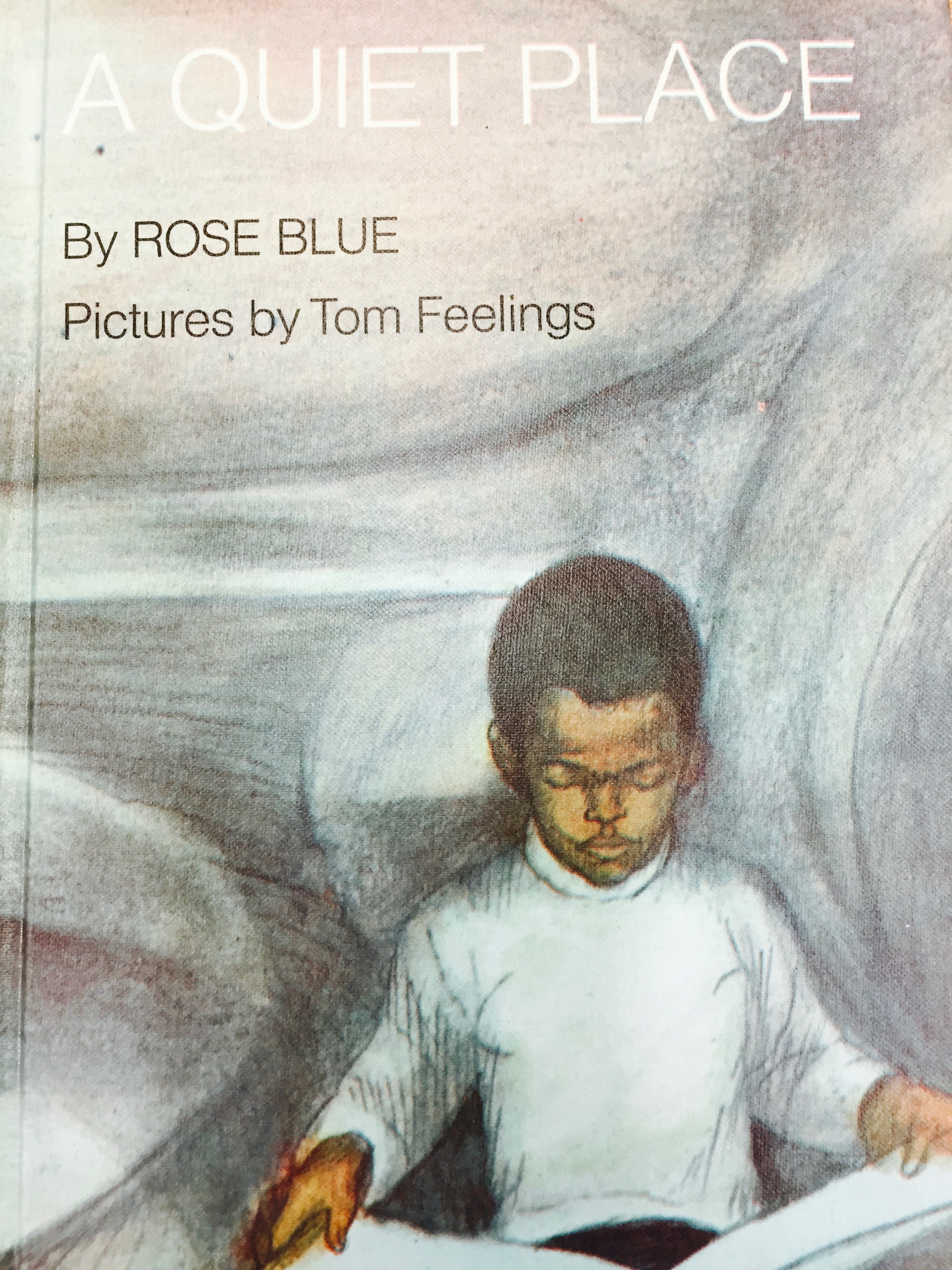 Matthew has gone from home to home until adopted by Mrs. Walters. Throughout his journey, Matthew finds a safe haven in the library. Once he hears that the library is going to be torn down and temporarily replaced with a book cart, he is devastated. Matthew is hesitant to explore the book cart, but ultimately is able to find a book with a character who looks just like him and resolves to find a new quiet place to read tomorrow. 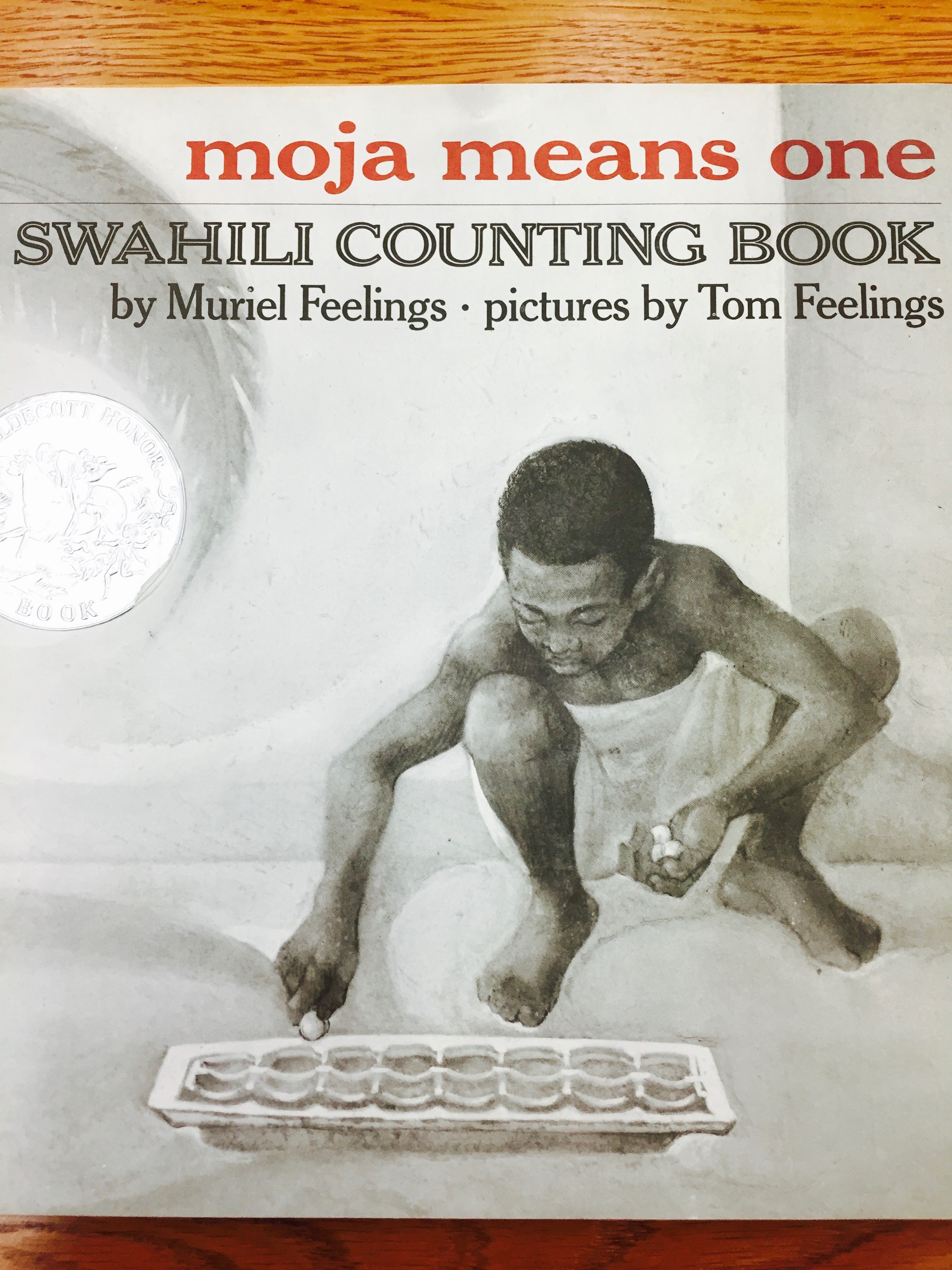 "To all Black children living in the Western Hemisphere, hoping you will one day speak the language--in Africa."

This picture book for early readers teaches children how to count in Swahili. The number one, for example, shows a mother carrying one child on her back in a cloth. English phonetic pronunciation is included along with an explanation of an African custom. 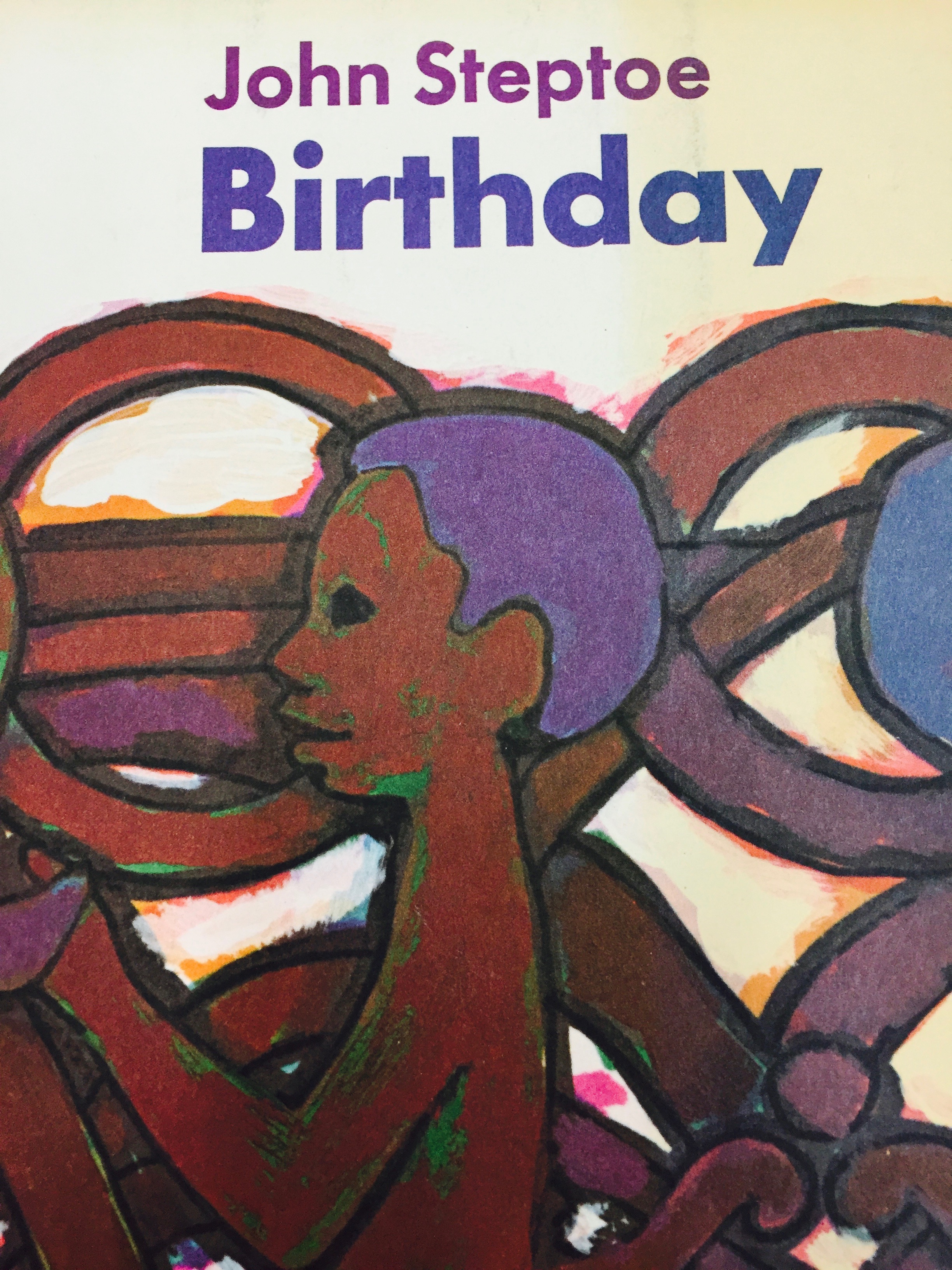 "My Daddy always tells me about the time before we came to live and the old America... He says the people there didn't treat him like a man 'cause he was Black. That seemed stupid to me 'cause my Daddy is the strongest and smartest man alive"

This story takes place in Africa, with a family celebrating the birthday of a young boy, Javaka, the boy narrator.  Javaka is part of the new town of Yoruba and came from America. He mentions his daddy's unfair treatment there and it happy that there are all in Africa now. Javaka's classmates and their families join in a traditional and joyous birthday celebration. 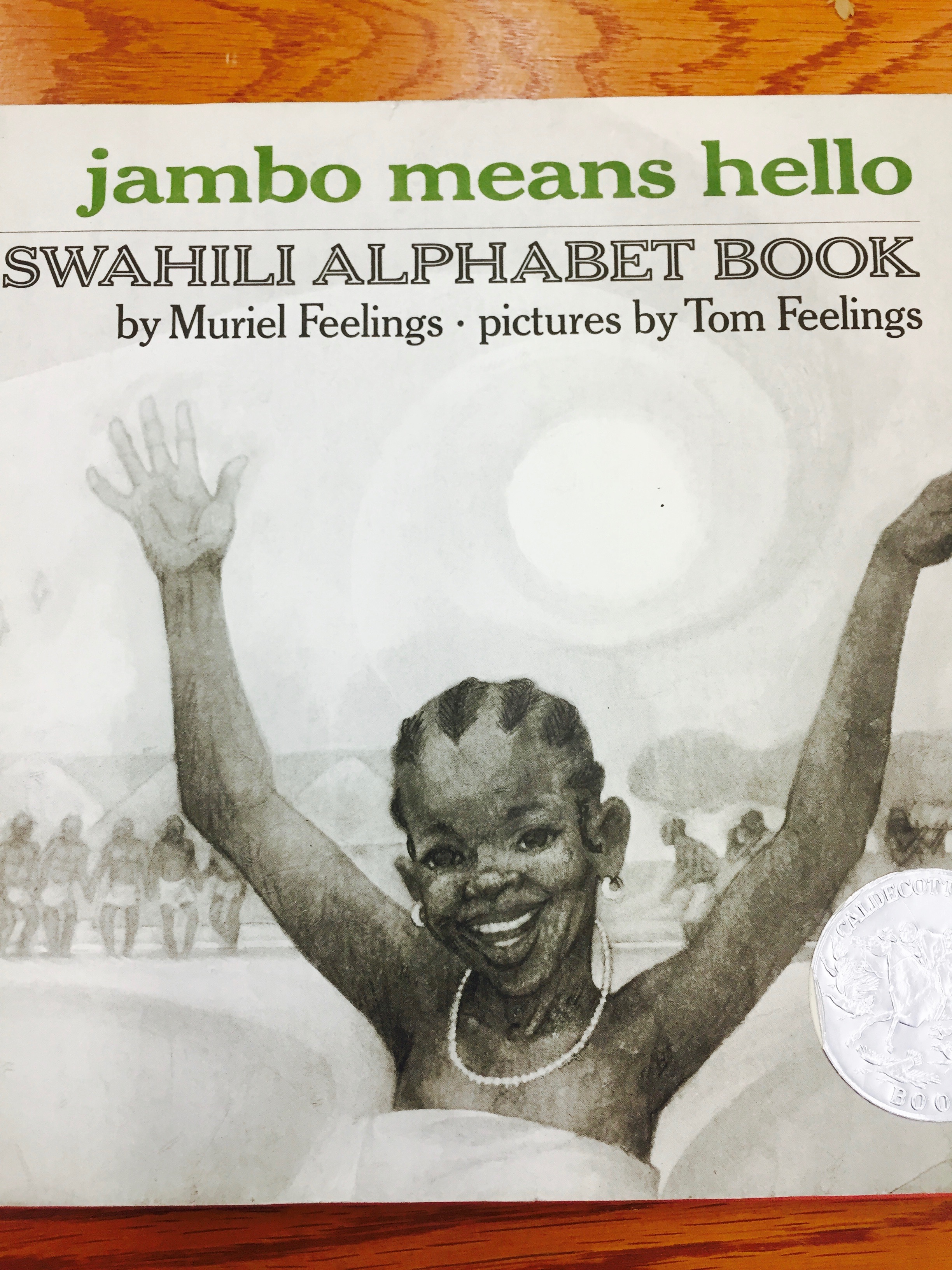 This picture book is for early readers and teaches, in Swahili, how to say words like "respect," and "worship," two words that are important in African society. This is in aim to teach black children in America about their African roots with some simple words with full page illustrations in warm subdued tones. Muriel Feelings published in 1971 Moja Means One, which teaches children numbers in Swahili.

About the Creator of the Page

Corina Andriescu graduated from the University of Pittsburgh with a degree in neuroscience and African American culture.  She is continuing her education to become a pediatric physician and hopes her ASRA project will help her better connect to her future patient population- residentially segregated African American children. Recently, Corina has been selected as a finalist in an essay contest where she has expressed her desire to help patients struggling with cancers, specifically mesothelioma caused by asbestos, which is often found in residentially segregated neighborhoods.