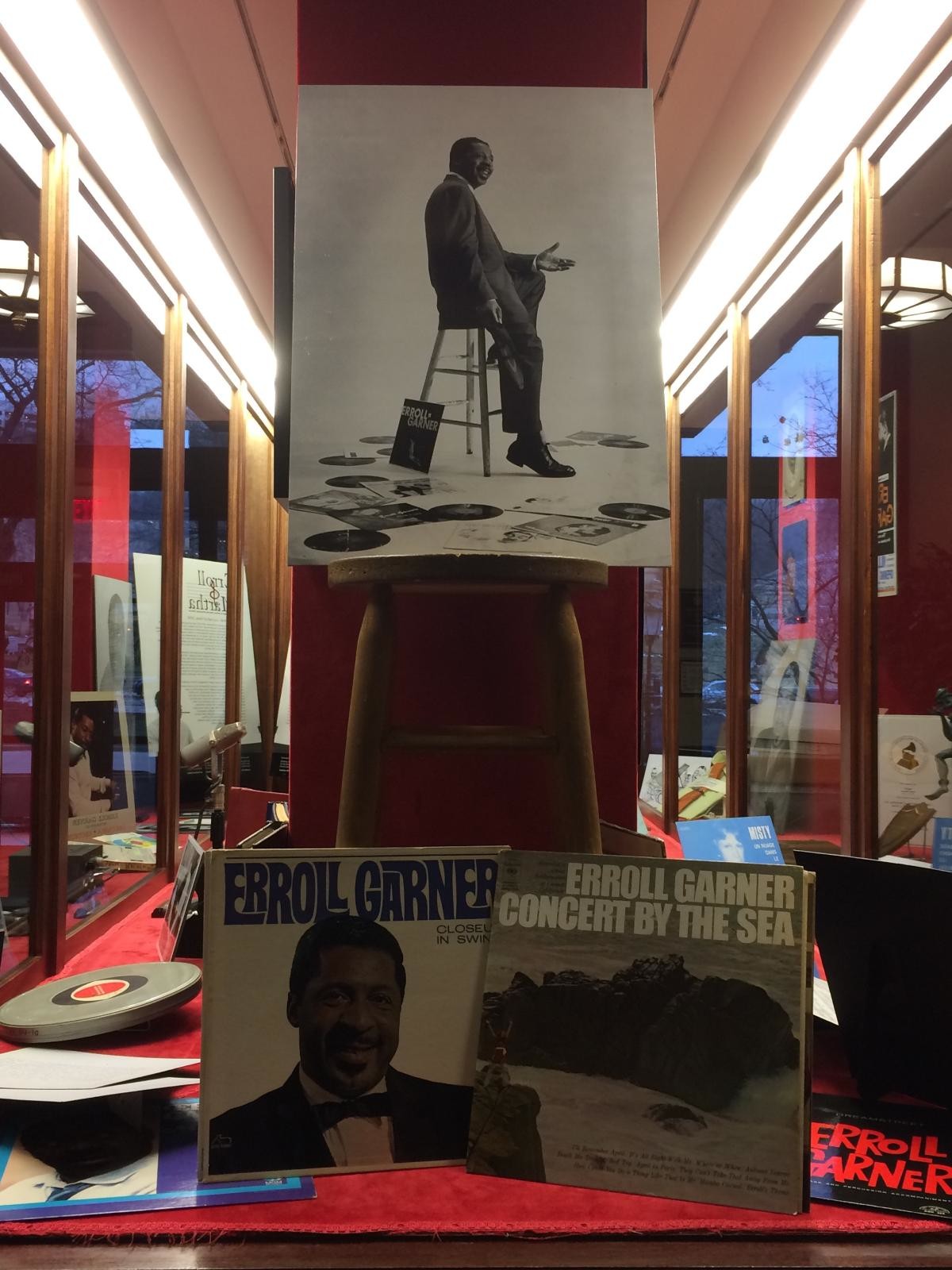 The International Academy of Jazz Hall of Fame was founded at the University of Pittsburgh in 1977. Its goal is to recognize the genre's highest-achieving and most-talented artists, inducting new members each year. Erroll was inducted in 1980, and is in the company of other greats such as Louis Armstrong, Miles Davis, and Ella Fitzgerald. The Hall of Fame is permanently located in the University's William Pitt Union.

In February 2016, in honor of the Archive's opening, a new exhibit dedicated to Erroll Garner was unveiled . The exhibit was a combined effort of the Archives & Special Collections and the Pitt Department of Music, particularly Jazz Studies faculty and students under the direction of Geri Allen. The Hall of Fame and the exhibit are open to the public.

For a more in-depth look at the contents of the exhibit, see our Erroll Garner Exhibit @ Pitt LibGuide. 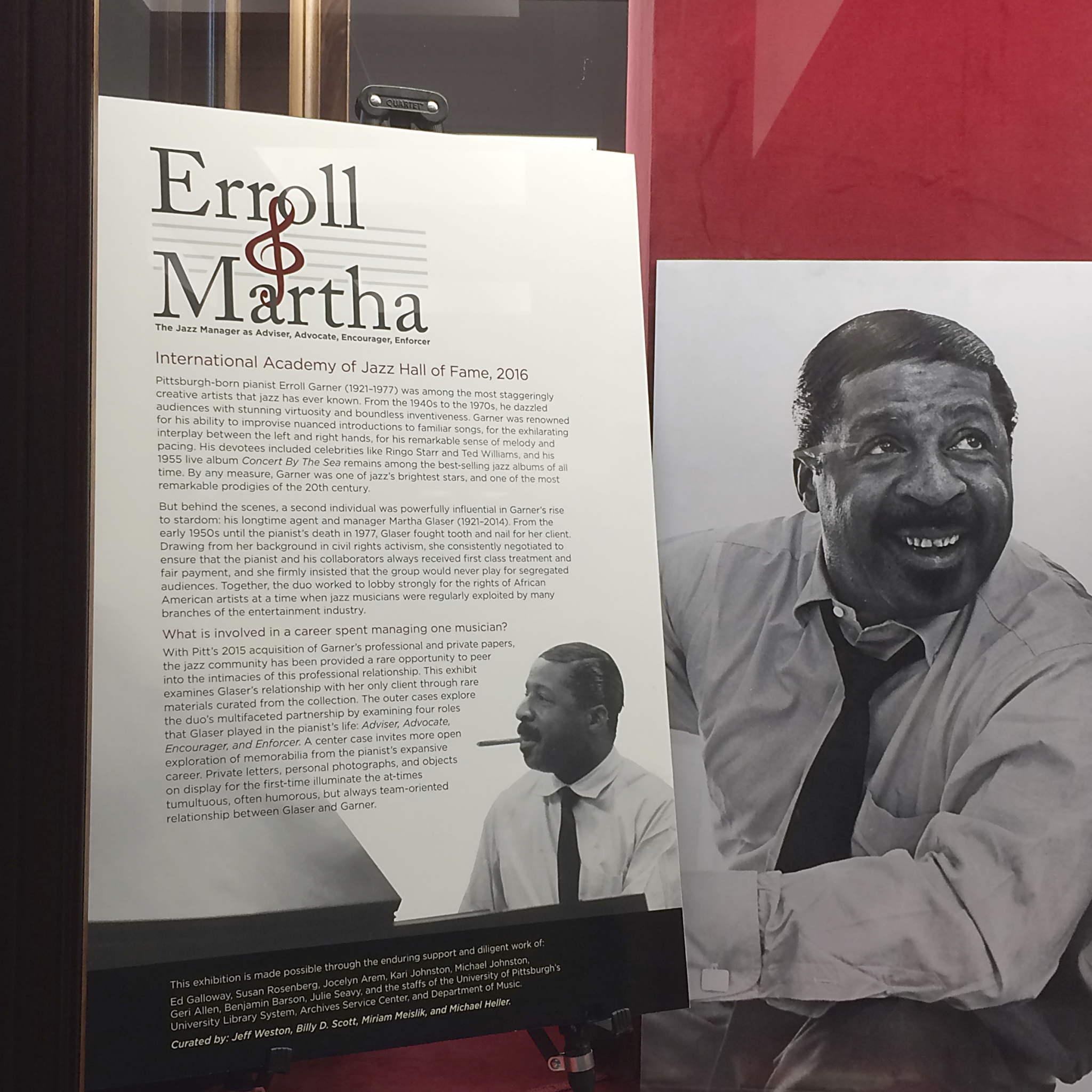 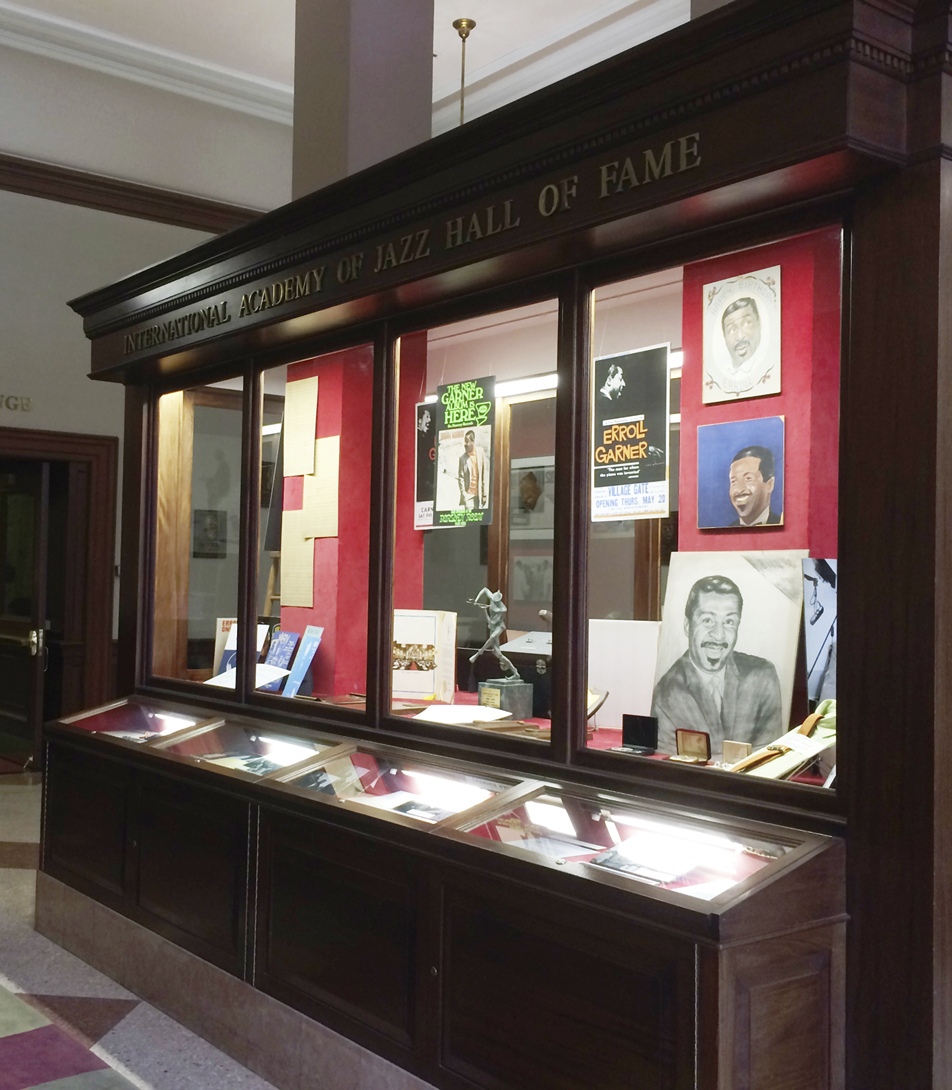