Intro to Projects on Paper 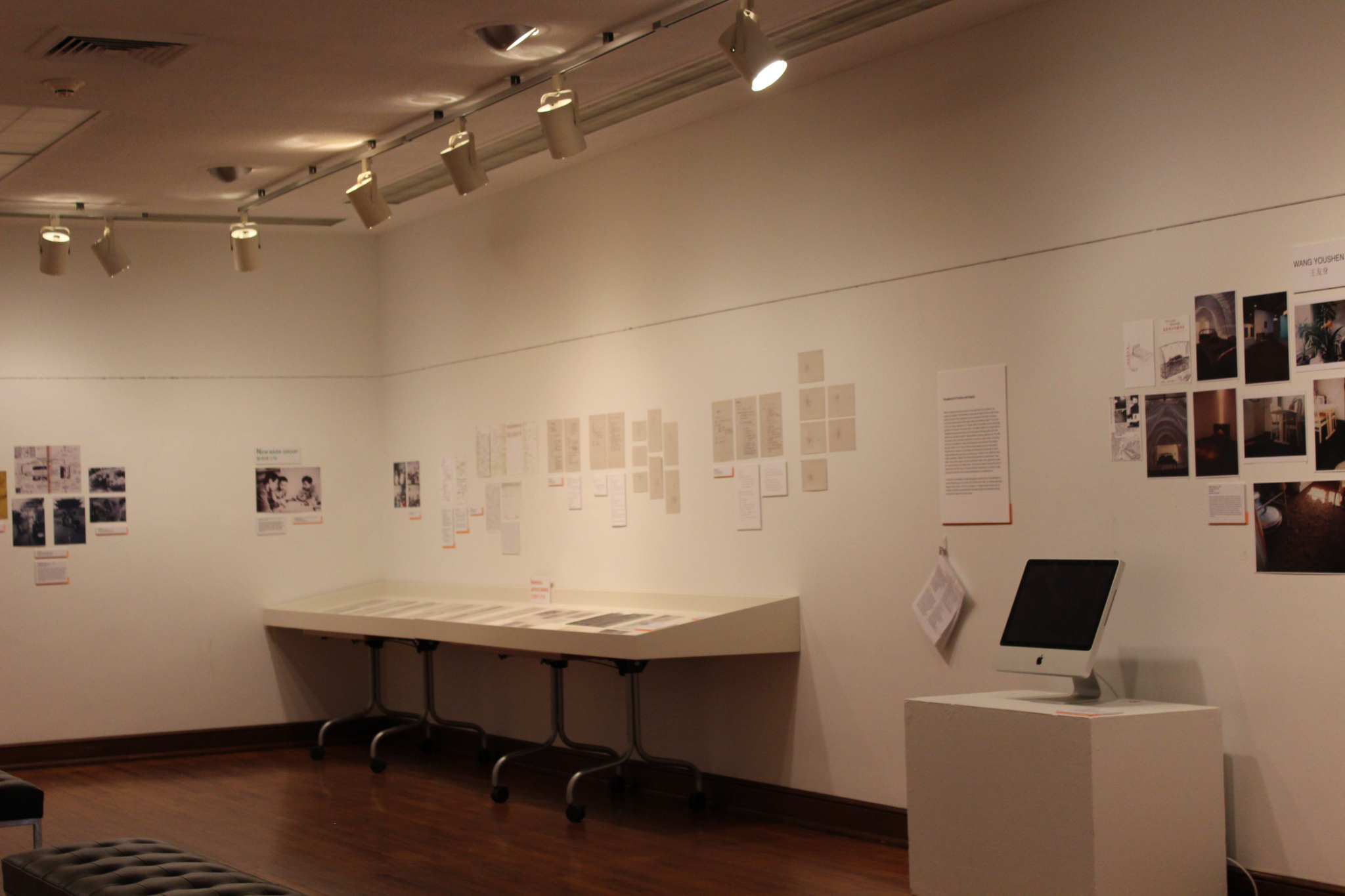 An exhibition view of Projects on Paper section.

Presenting another dimension of Chinese Conceptualism, the Projects on Paper section on view features reproductions of some of the most important group projects in Chinese contemporary art including Agree to November 26th as a Reason,  Wildernessand works by New Mark Group as well as some individual artists’ works. These projects were distributed and circulated in the form of low-budget publications, allowing organizers to “curate” art exhibitions which included works by artists from multiple cities that would not have otherwise been permitted for exhibition in gallery spaces. Some of the works included in this section only ever existed as preliminary sketches while others include extensive documentation of fully realized projects.

In the early 1990s, a group of artists living in Hangzhou, Shanghai, and Beijing, including Geng Jianyi, Chen Yanyin, Jiang Jie, Shi Yong, Kan Xuan, Qian Weikang, Yang Zhenzhong and Zhang Keduan, conducted an array of projects on paper with topics randomly chosen from everyday life, such as a date or a specific spatial angle, volume and temperature, to embrace the concept of randomness. Created by twenty-seven artists from different cities in the late 1990s, Wilderness showcases various artistic explorations of individual feelings about urban space. It takes the form of photographs, project proposals, postcards and sketches of installation plans based on each artist’s specific cultural environment, geographical surroundings and personal background. From 1990 to 1995, the members of New Mark Group collaboratively created five sets of analyses or calculations and bound them into books. The group rejected any romantic, sentimental and subjective forms, devoting itself to forging a non-representational art that utilized numbers, mathematical notations, and logical deductions to articulate its intentions. In To Be or Not to Be: Great Wall Project, artist Wang Jin exploited ice bricks made of Coke, a product of industrialization, to reconnect the ruined ancient Great Wall to address issues of substance and existence. Applying mechanistic design principles from his experience as a lathe operator, Wang Luyan also worked individually to foster his own line of conceptual art in the form of subdued diagrams of imaginary machines and automata to highlight some essential paradoxes of time and being in human society. 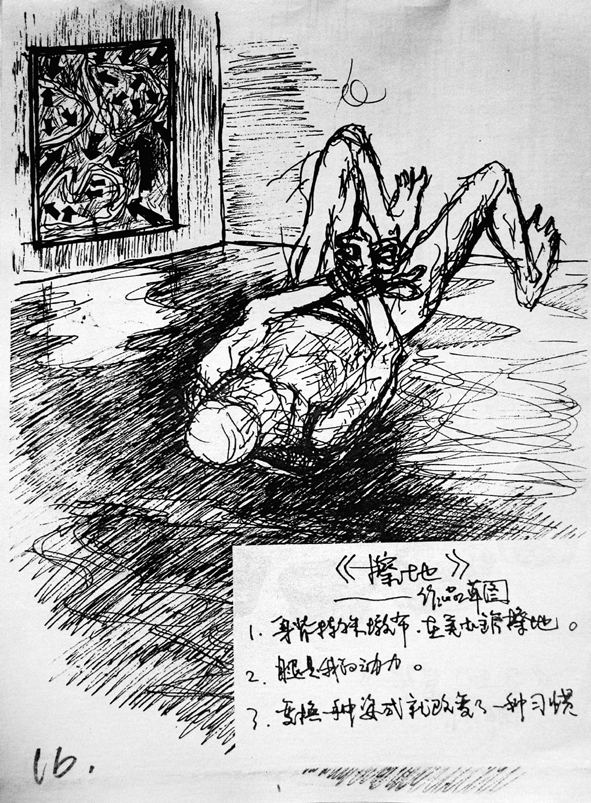 Zhang Shengquan was a Shanxi-based avant-garde artist who used his own body as his primary medium throughout his artistic career. His performances in the 1980s can be seen as a precursor to the often violent and masochistic works done by such artists as Zhang Huan and Ma Liuming in the early 1990s. For Zhang, the body is not only the object to be visualized in meditation through suffering but also a ritualized medium between lived reality and another, transcendent world. 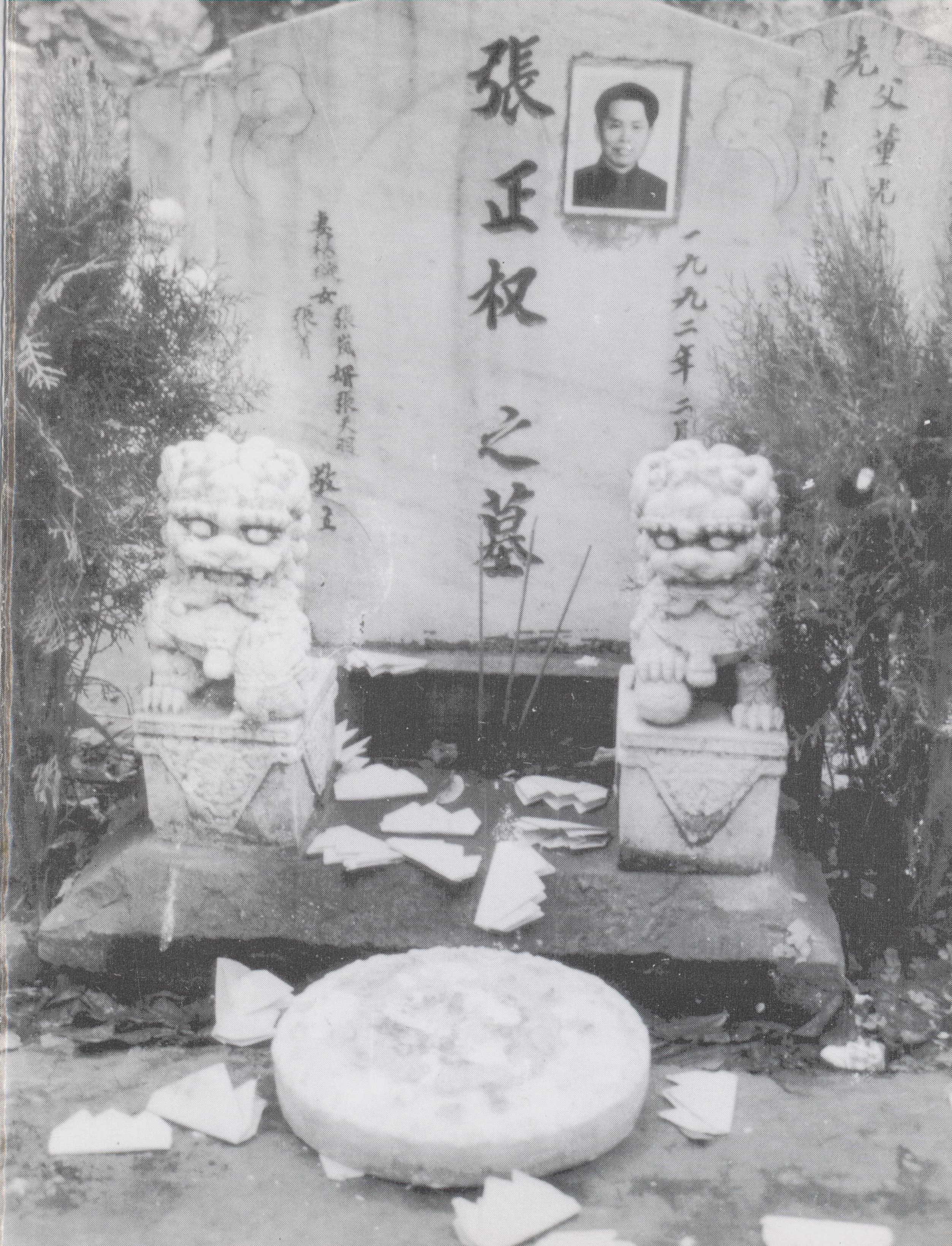 Yang Zhenzhong
Happy Birthday as a part of November 26th as a Reason Project, 1994
Black ink on paper (reproductions)
Courtesy of the Gao Minglu Archive

Following the theme of “November 26th”, Yang Zhenzhong bought a birthday cake and then randomly chose a tombstone in a cemetery of Shanghai on which it was inscribed a person’s birthday as November 26th. He celebrated this moment with the dead person called Zhang Zhengquan as well as several ants. The essence of his performance is the contingency in daily life that involves both self and the other through the random encounter between life and death. 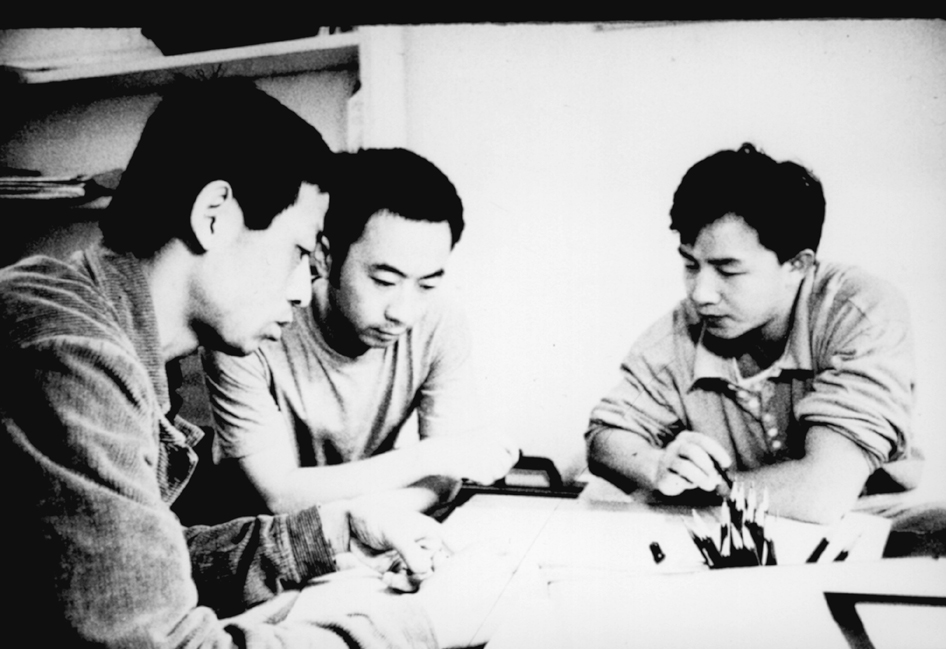 Statement of the New Mark Group’s methodology, published in a short explanation in 1993:
The process of analysis can be expressed via the following formula: individuals who perform analysis (designated as ai, a2, as, etc.) follow a set of rules of behavior and measurement that they create and agree to obey together, thus entering a state of cooperation (designated as "A" condition). This “A” condition runs throughout the entire process. As the (<“A” condition develops and expands, ai, a2, as, etc...each lose their individuality. The graphic means for carrying out this analytic process is called “measurement.” 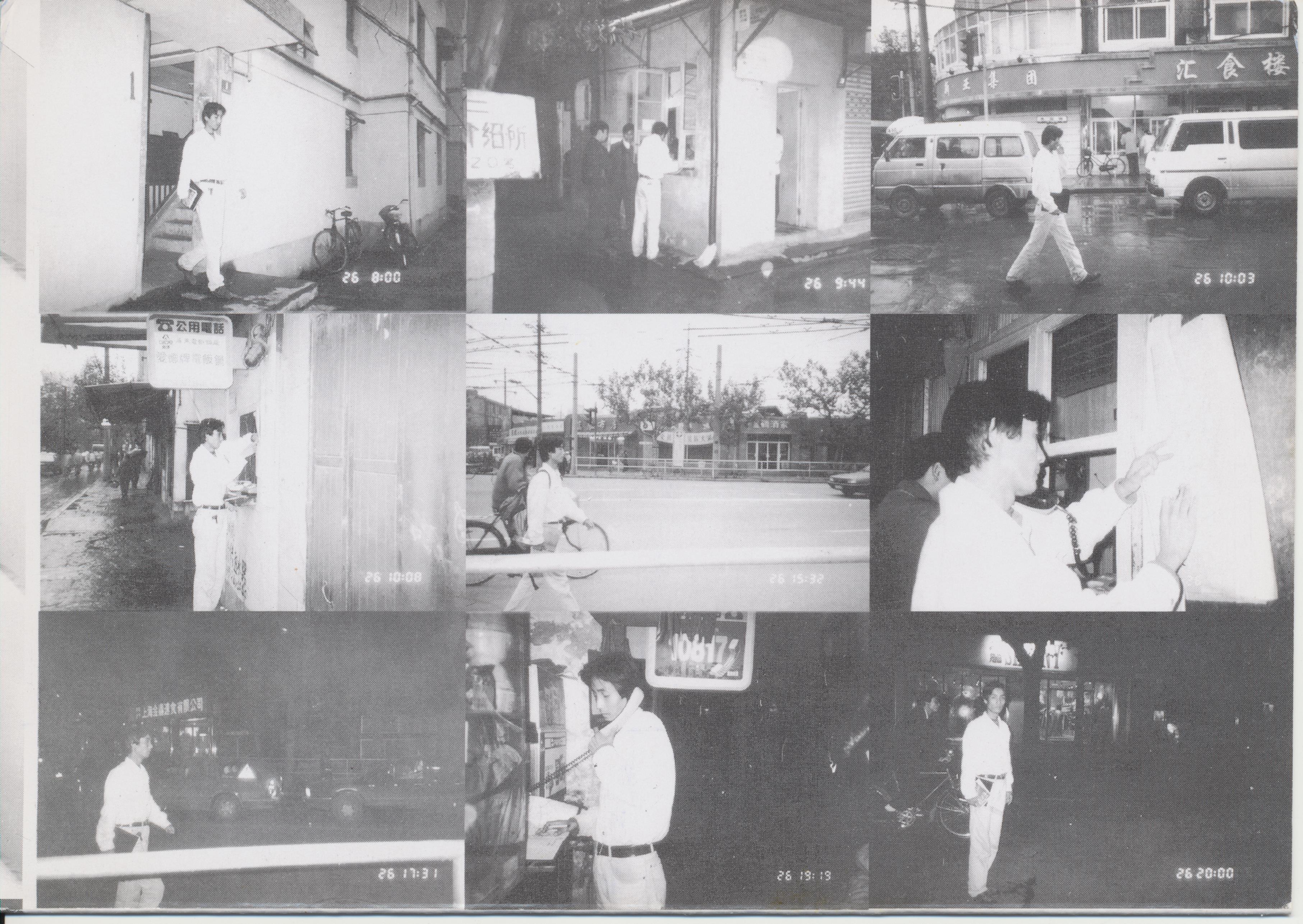 As his contribution to the project November 26th as a Reason, Shi Yong wandered around Shanghai, his home city, from 8am to 8pm.  Throughout the day he periodically called friends from phone booths, asking each for his or her exact address. He then found the closest phone booth to their apartment and proceeded to call someone else. As part of the documentation of this project he made a map of his meandering route, revealing both anxiety and excitement over the extreme changes occurring in his home city.