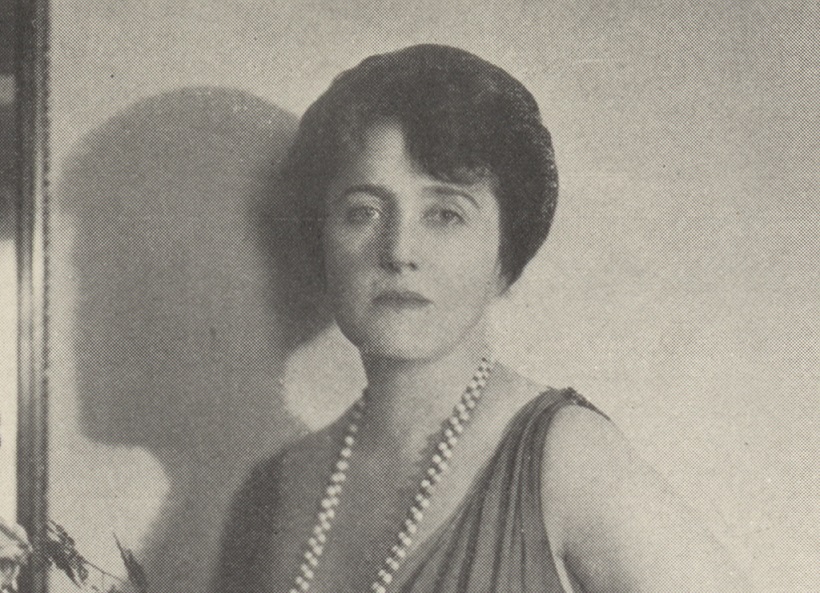 Please view the finding aid for The Mary Roberts Rinehart Papers which are housed in Archives & Special Collections and document her life, with emphasis on her career as a writer, her travels, activities, and correspondence. Selected portions of the collection have been digitized and are available online.

Additionally, this LibGuide offers suggested secondary sources and non-ULS resources that may be of research interest.

Frontispiece portrait of Mary Roberts Rinehart in My Story, [1931] 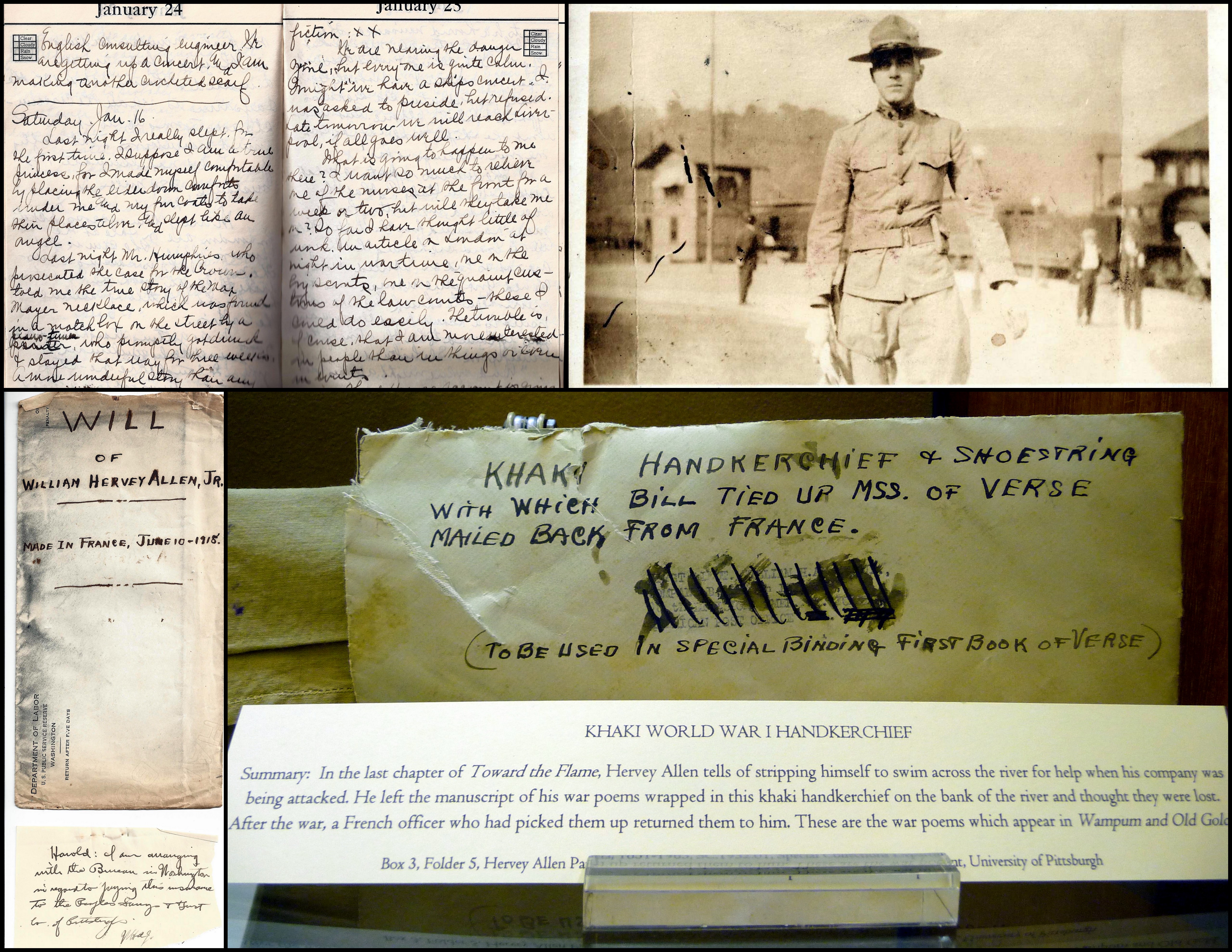 In 1915, prior to the US involvement in World War I, Mary Roberts Rinehart requested that the Saturday Evening Post send her to Europe as a reporter. Rinehart subsequently returned to Europe in 1918 to report on the war, this time for the US War Department.  These experiences influenced her works, such as her 1918 novel, The Amazing Interlude, which features Rinehart a girl who leaves her fiancée to run a soup kitchen near the front and falls in love with a Belgian aristocrat, both instances inspired by real life individuals Rinehart met while during her war correspondent years. The image above also include content from the ULS's Hervey Allen Papers.  Clockwise from top left: Mary Roberts Rinehart's WWI notebook; photo of Hervey Allen as a soldier; a khaki handkerchief in which Allen left behind his war poems as he swam across a river when his company was being attacked; Allen's emergency will written in France during the war. 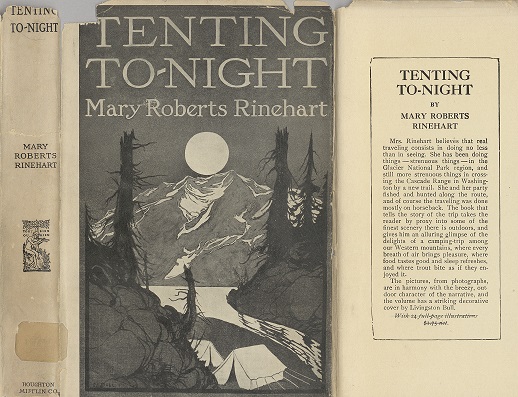 Tenting  To-Night chronicles  the  backcountry  trip  made  by  Mary  and  Stanley Rinehart and their three sons through Glacier National Park and the Cascade Mountains of Washington State in July and August 1916.  In the North Cascades, Mary describes an adventure  cañon-fishing  near  the  fork  of  Bridge  Creek  in  the  Stehekin  River Valley and her encounter there with a wily trout. 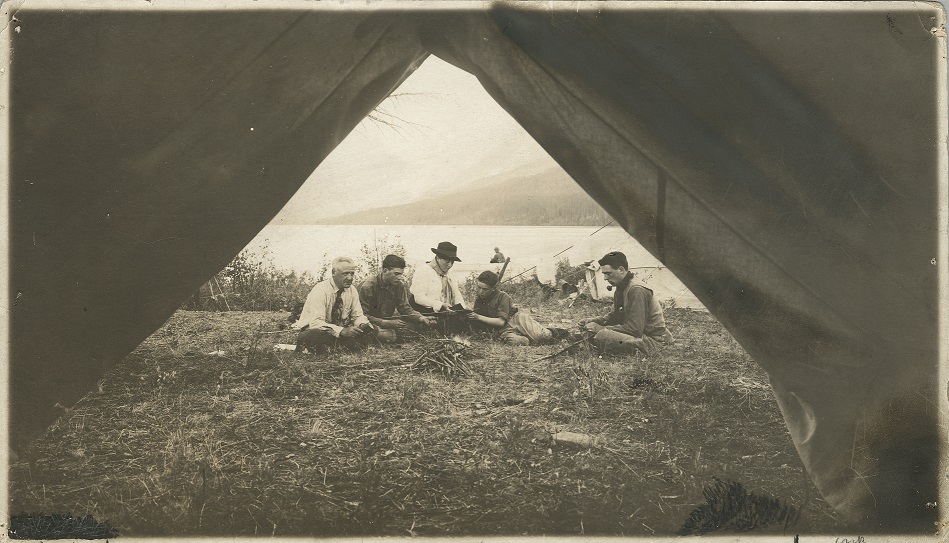 Rinehart & family getting ready for the day's fishing at their camp near Bowman Lake at Glacier National Park, Montana, 1916

Before computers and the advent of the "cut and paste" function, there were straight pins!  Mary Roberts Rinehart, like other writers of the time, adhered to the early 20th century practice of cutting and pinning edits to a manuscript draft.  Pictured are related objects from Rinehart’s desk, including a pair of scissors and a container of straight pins. 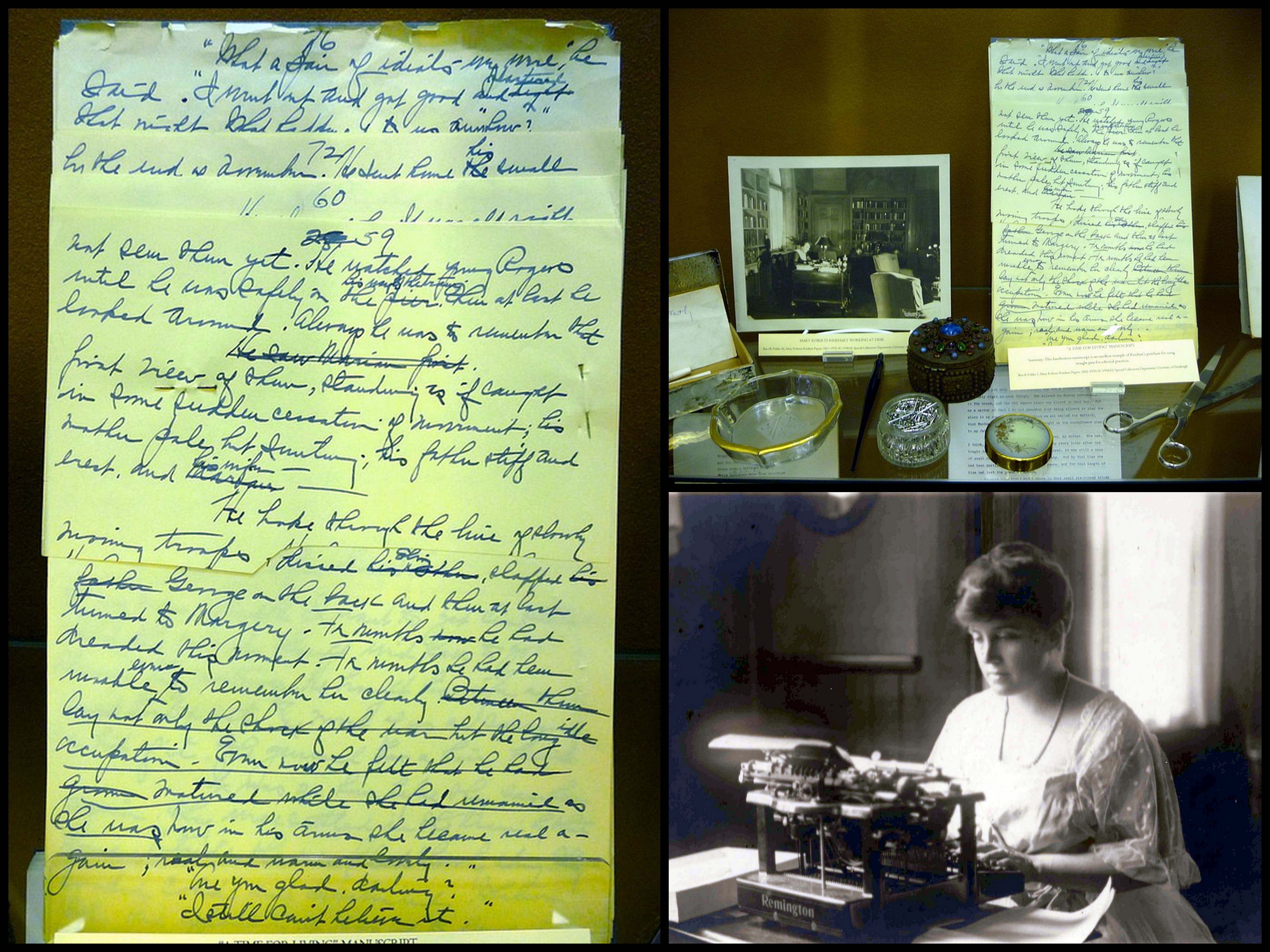 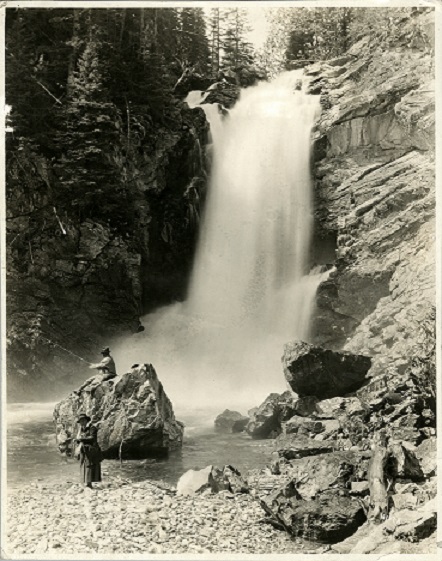 Cañon-fishing near the fork of Bridge Creek in the Stehekin River Valley, 1916 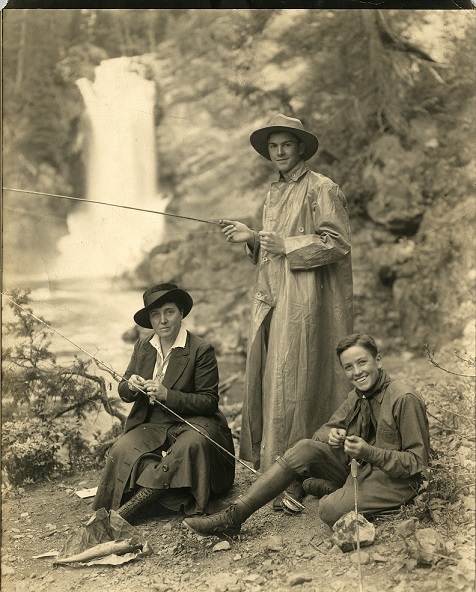 Rinehart and sons prepare for cañon-fishing, 1916 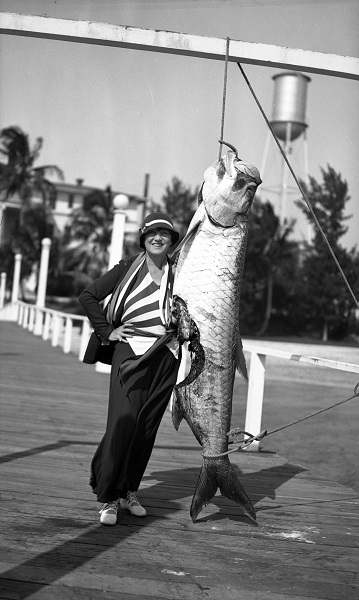 Mary at Useppa Island, Florida, with the gold button tarpon, 1929 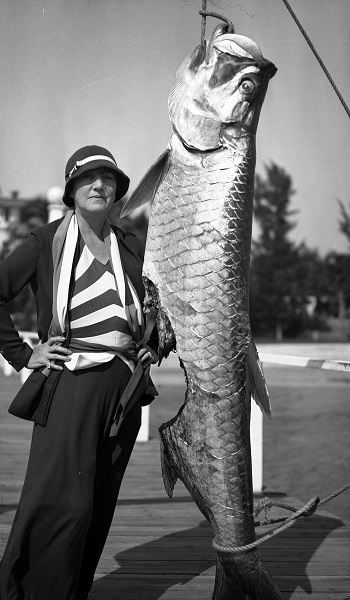