The setting of Little Shop of Horrors, downtown Skid Row, greatly impacts the themes of the show, fueling the characters’ desires to escape their situations. The history of skid row neighborhoods can be found in almost every major city and refers to the area where lower-class members of society, or people who are “on the skids” tended to live. These impoverished areas of cities began to form with the completion of a transcontinental railroad, which allowed for people who were struggling to find employment to travel from city to city for seasonal work. However, they did not always leave once they were no longer employed as they were able to afford the low-quality housing of residential hotels that was found in these areas. As these communities often faced higher rates of crime and were not considered as legitimate as the other neighborhoods in the cities they surrounded, they were not offered the same opportunities and public services, only increasing the imbalance in the quality of life for the lower class, and skid row neighborhoods began to form. 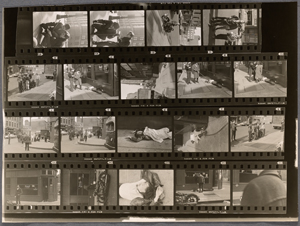